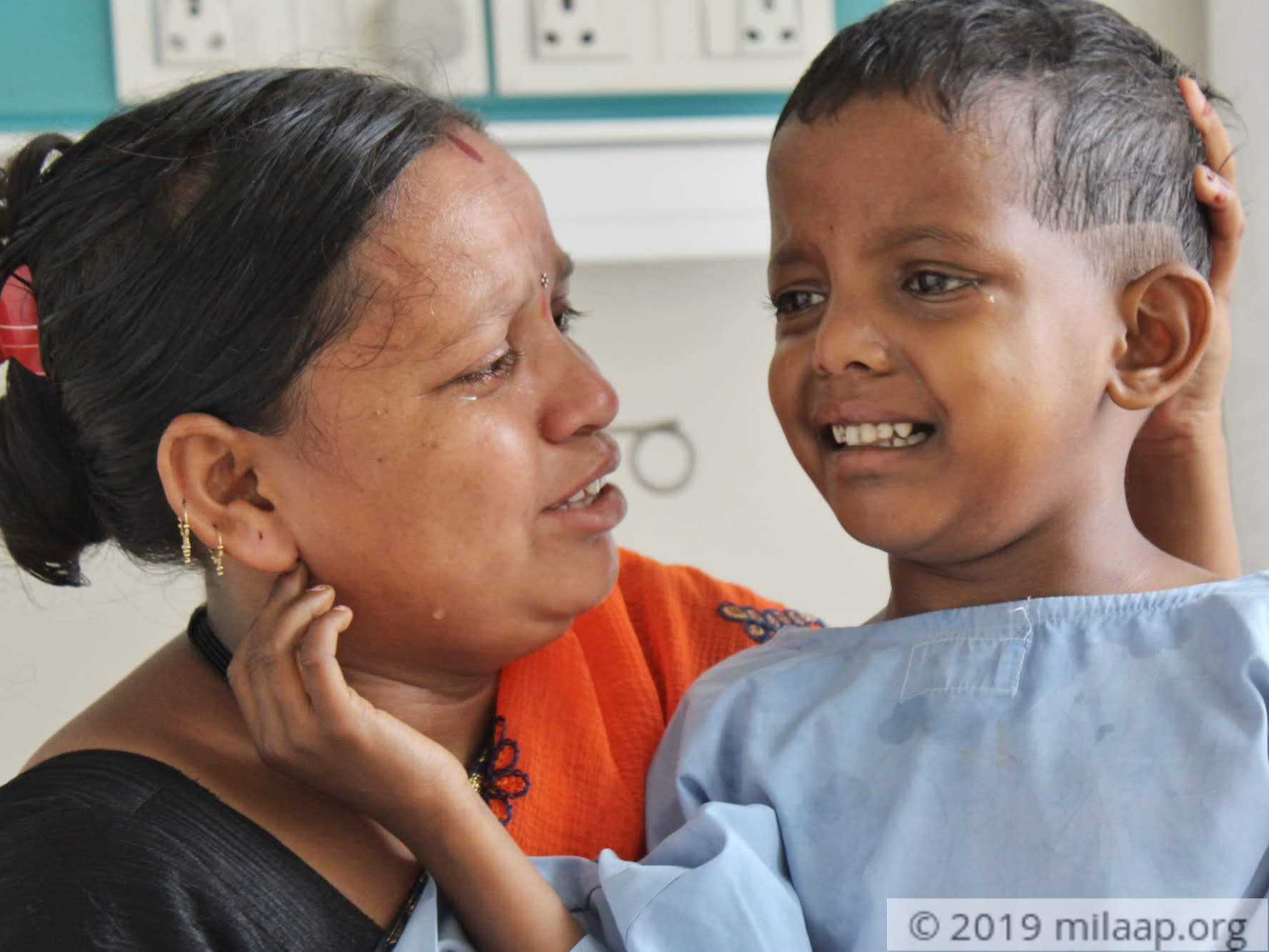 Share
“Looking at him people think that he is absolutely fine but only he knows what it feels like on the inside. He tries to do all the things kids of his age like to do, but he can’t even play continuously for 5 minutes. He can’t run around the house, he can’t jump and play because if he gets hurt... he can't heal. He asks me ‘why is this happening to me?’ and I don’t know what to say.” - Madhavi, mother
Jagdish (8)  was diagnosed with Thalassemia Major when he was just a 5 month old baby. Ever since then this little boy has had regular blood transfusions every month.

Transfusions for the rest of his life or a transplant

In a medical camp conducted near their village, these parents got to know the cure for their son’s never-ending and life threatening disease: a transplant. Fortunately in the tests that were done, Jagdish’s sister was found out to be a match for a bone marrow transplant and this transplant can save this little boy's life.

“Doctors say that as he grows old, there is a major chance that his body might stop responding to the transfusions. A bone marrow transplant... that will save my son, that can end all of this.” - Ramesh, father

I am just a labourer and my wife is a maid, how will we ever arrange 15 lakhs

Ramesh and Madhavi together barely manage to run the household with what they get. Of the money they make, 7000 rupees is spent on Jagdish’s regular blood transfusions.

“Rs 7000, that is my entire month’s income. But more than the financial stress, I see my son struggling to do routine things that an eight year old would do and I am unable to do anything. That's what hurts me most.” - Ramesh, father

“He is starting to hate it... hate everything. He doesn’t feel like doing anything at all. It’s like he is giving up.” - Madhavi

Jagdish is losing hope of having a normal life with each passing day. His body aches, he is tired of taking pills everyday... and injections? He hates it. All he does is cry about his situation. But while Jagdish is losing hope, Bhumika, his sister and matched donor, is full of it.

“Mummy, papa... don’t you worry, I am not afraid of the operation. Chotu hates getting injections, he cries a lot, and he is always so tired. If this can stop him from going to the hospitals so much, I will have the operation.” - Bhumika

Bhumika is just 10 years old and understands how important it is for Jagdish to get this transplant. The parents were so overwhelmed when she said that. But they feel so helpless and guilty and think that it is their fault that their child has to suffer so much.

“I have got this one chance to save my son from life-long suffering and I don't want to lose it. I have tried everything... selling whatever I could, borrowing, I even begged but it is not enough.”

It is impossible for this family to do this alone. They wont be able to save Jagdish without your help. Your kind contribution can give this little boy a chance at having a normal life.
RA
Patient Ramesh Amtekar is 8 years old, living in Bengaluru (Bangalore) Rural, Karnataka
AC
Being treated by Dr.Raghuram in Aster CMI Hospital, Bengaluru (Bangalore) Rural, Karnataka