A
You are sending a message to
Adithyan
Go back

Having battled insurmountable odds, National record holder OP Jaisha is racing towards victories, but cannot afford the gear. Now training for the Olympics 2016, Jaisha needs shoes and warm clothes for practice. Let us stand with her and help her purchase shoes and other essentials for her training.

The Girl From A Tribal Village Who Broke The National Record

In the year 2000, in the town of Kalapetta, in the tribal region of north Kerala’s Wayanad district, there was a girl who ran an 800 metre race barefoot. With no prior coaching, she completed the race with a 100 metres lead. Fifteen years later, OP Jaisha broke the national record at the Mumbai Marathon topping the previous 19-year-old record. She followed this up with breaking her own record at the World Athletics Championships, Beijing, qualifying for the Rio Olympics in 2016. She believes she can top her own record again.

Jaisha’s childhood experiences are heartrending. Five-year-old Jaisha saw her father bed-ridden due to an accident, and her mother slip into depression subsequently. The situation at the home-front was unstable and Jaisha recounts how thanks to being the youngest of three sisters, she had it easiest. Jaisha in an interview recounts how she even had to eat mud sometimes because she couldn’t starve anymore. Despite the poverty, her mother did not let the children do menial work.

The victory at the local race, opened a window for Jaisha, from where she dreamt of a better life. Despite her difficulties, she diligently pursued athletics. Her difficult life in the hilly Wayanad in this case, worked to her favour.

The only source of income for the family were the two cows they purchased after mortgaging the house. Jaisha remembers feeling very happy if she could find food when she returned from school.

But no matter how difficult life got, she never gave up on running which gave her the first taste of victory. The local coach in the town recognised Jaisha’s potential. With encouragement from him, she joined college. The coach in her college, Unnikrishnan bought her a pair of shoes. Her very first. She began her formal training then and there was no looking back. 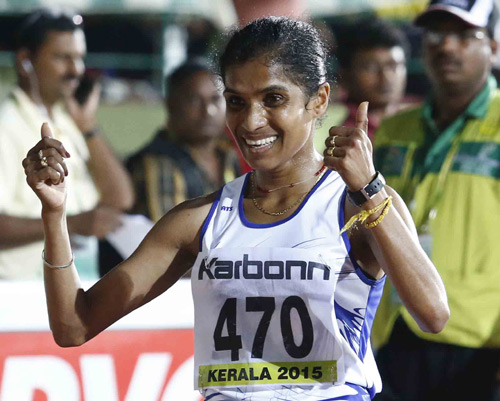 Fast-track to being a National Champion

Putting her heart and soul into her training, Jaisha hit a hat-trick of gold medals. The scorching sun and tedious workouts didn’t deter the athlete in her. Jaisha’s achievements in a short time brought her under the training of various prominent coaches. 21-year-old Jaisha won bronze medal at Doha-Asian games which made her a star in the athletes’ circles.

She had various obstacles in the way to victory. She had to take care of her family. She took loans, sold her house and used the prize money to get her sisters married. The reality hit her hard. She was a champion and a pride to the country. But her family still lived in poverty. They didn’t even have a house. Even as she continued to train and participate, suddenly her future looked bleak. 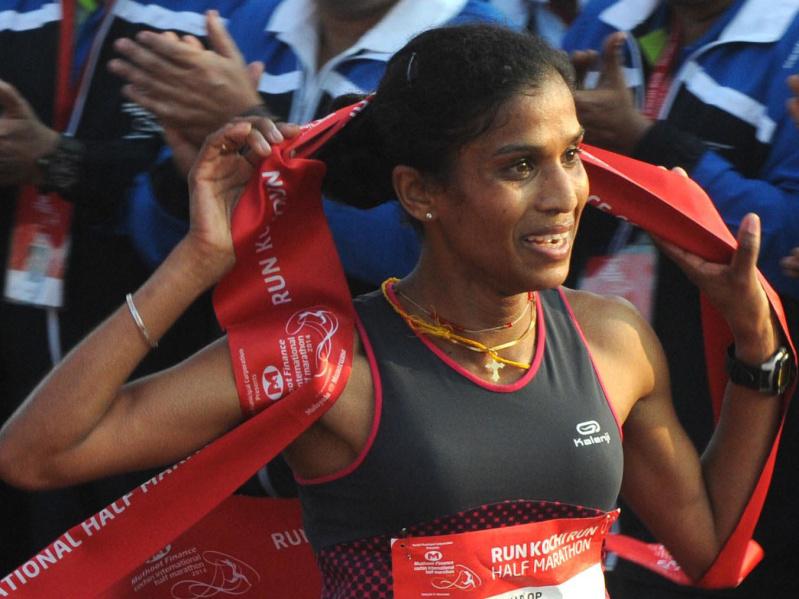 Encouragement from her Husband Brought Her Back Her Confidence

Jaisha faced a road block when she suffered respiratory problems and her health began to suffer. She finished with low scores at the Commonwealth Games and the Asian Athletics Championship. Just when the media and critics had begun to write her off, Jaisha proved all of them wrong and began running again. It was the support of her husband, Gurmeet Singh that brought her back to race.

“My husband never asked me to leave my career and he never asked me to stay home. He instilled the self-confidence in me.” Gurmeet left his job and devoted his whole time to Jaisha’s career. It didn’t take long for Jaisha to bounce back. 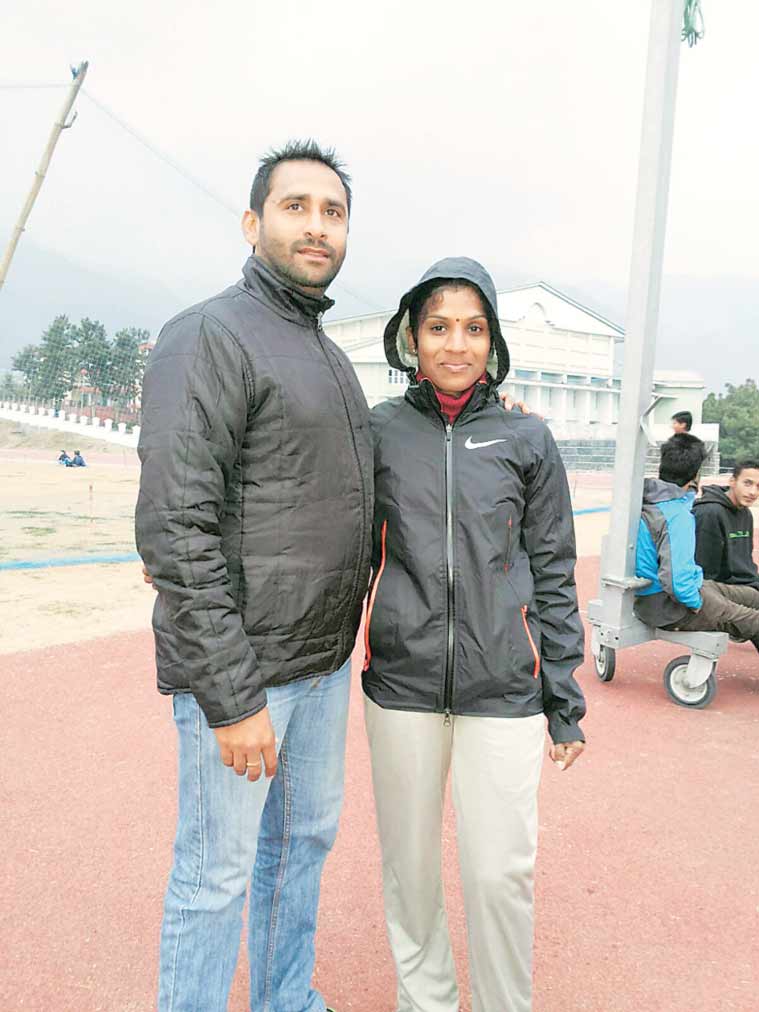 She Proved Her Mettle against All Odds

She went on to win several races including the Mumbai marathon. Even this did not push away the poverty. She used her prize money to pay back loans and the Government helped her with some of her loans. But her loans are too big and she is struggling to pay them back.

Yet, she is determined to out-perform herself in the Olympics. JSW has come forward to sponsor her accommodation and Sports Authority Of India pays for her travel and food. Apart from these sponsorships, she has to spent money from her own pockets to purchase shoes, sports clothing and other essentials. It saddens her that she still needs to struggle to buy things that are essential for her practice. 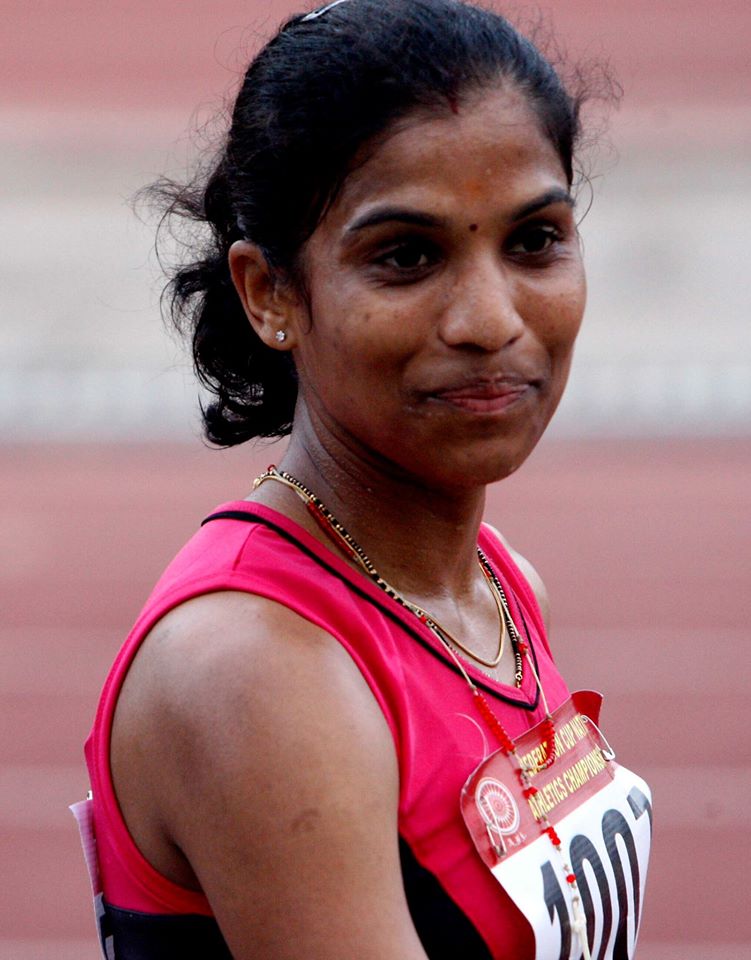 How you can help Jaisha

Jaisha runs for around 230 kms a week. She needs to change her shoes every month as it wears out by the intense training. The shoes are usually imported and the expenses are borne by the athletes.

Jaisha is now waiting to train for Olympics and is leaving to the US for pre-Olympics competitions. She says that there have been times when she had to practice at 7 degree celsius but she couldn’t afford clothes to keep her warm during practice.

OP Jaisha is a pride to our country. Let's stand with this champion. All the contributions will go towards helping Jaisha purchase shoes and other essentials for her training.

All the very best and train well..

Superb initiative. Am surprised that the goal hasn't been reached already. Indians have very large hearts.... Events in Mumbai, Chennai have shown us that. We can and we will !!

Good luck for your future endeavour.