3-Month-Old Baby Girl With Bulbous Head Needs Urgent Surgery to Survive, You Can Help | Milaap
Receive tax benefits by donating to this cause. 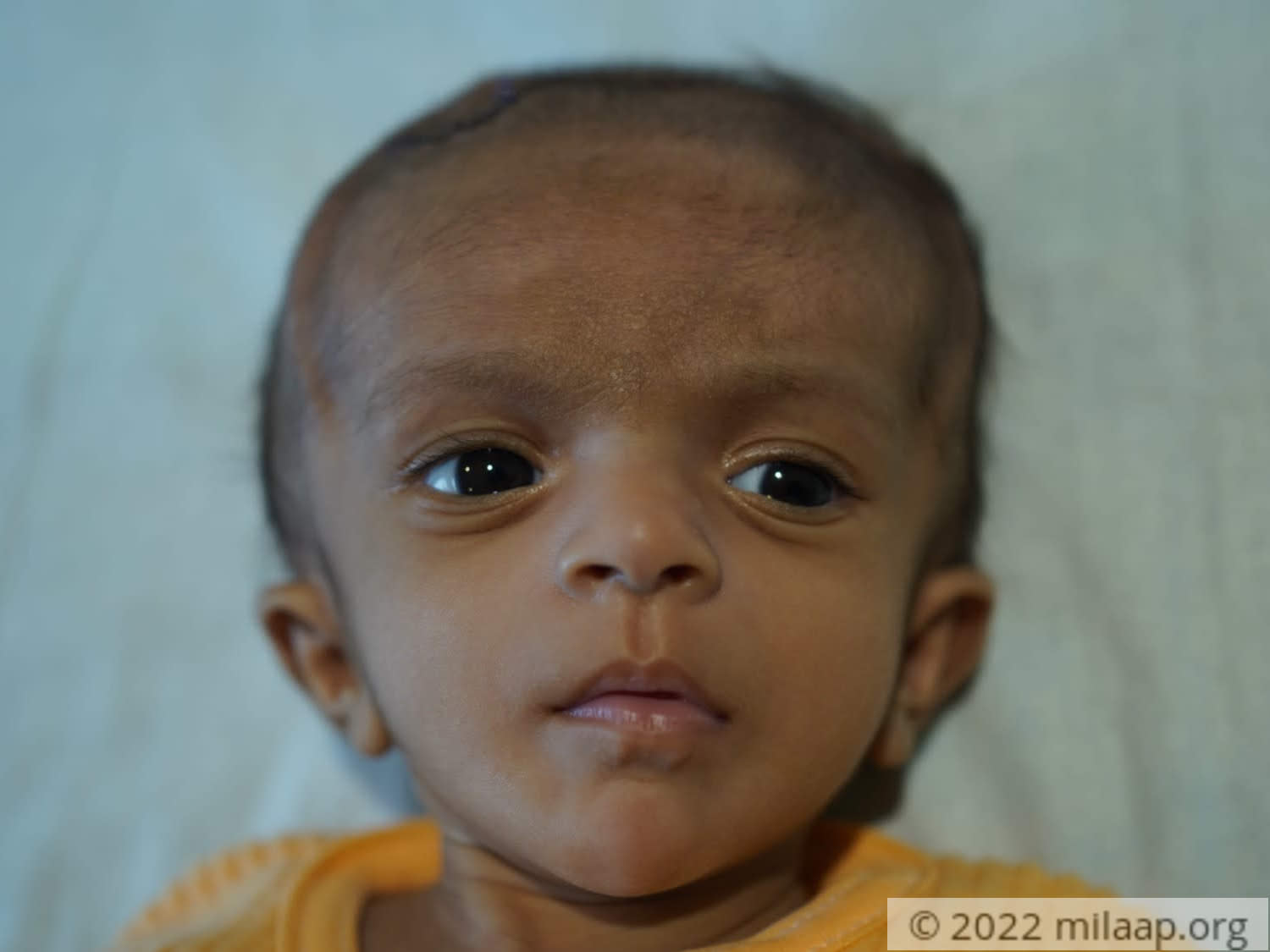 Share
Newly-weds Nilesh and Naina learned that they were going to be parents amid pandemic while struggling to cope with its harsh consequences. Naina’s pregnancy came as a surprise and also became a ray of hope for their family during this difficult time. But they never expected that, in a cruel twist of fate, they would have to helplessly watch their baby fight for her life.

Two weeks after her birth, her head started to swell up

In September, last year, Nilesh and Naina were blessed with a healthy baby girl. But only 2 weeks later, things started to take a turn for the worse.

“She started losing a lot of weight and her food intake reduced drastically. She would barely sleep through the night and cry relentlessly. We just couldn’t figure out what was wrong. Then we noticed that her head had seemed to have grown bigger, all of a sudden. That’s when we knew something was wrong.” - Naina, mother

Excess fluid has accumulated in her brain

Seeing that the swelling in her head was increasing with each passing day, these concerned parents rushed their newborn to a local clinic. After several tests and an MRI scan, their baby was diagnosed with a neurological disorder called hydrocephalus, which causes excess fluid build-up in the deep cavities of the brain.

“Her head is twice its size now, and they explained to us that she was suffering from a rare condition. They advised that she undergo surgery as soon as possible or the fluid would continue to accumulate and put pressure on her brain. It could cause a lot of damage, or worse, it could kill her! ”  - Naina

She needs one surgery on an urgent basis and several more, to recover

Nilesh and Naina’s 3-month-old is hanging onto her life by a thread. The more time she spends without treatment, the more this condition threatens to claim her life. Her health is rapidly deteriorating and she needs to undergo multiple surgeries. But an initial major surgery is of top priority, right now, to stabilize her condition.

“They told us that her treatment will cost 8 lakh rupees! Can you imagine me, a mere daily-wage labourer, having that much money? It is the only thing that can save our baby girl, but it is absolutely impossible for me to arrange for such a huge amount. I have to look after my aged parents! I’m burdened with responsibilities and my financial constraints are my biggest shortcoming. If I lose my daughter, I won’t be able to forgive myself…” - Nilesh, father

In a good month, when work is available, Nilesh is able to earn about INR 15,000 a month. But it is barely enough to sustain his family. So far, they have managed to spend about INR 25,000 with help from relatives. But the amount they need for further treatment is too exorbitant for them to bear. They don’t even have any assets that they could mortgage to avail a loan.

All doors are closing on them, and they desperately need your help to save their baby. Your contributions can help them immensely. Click here to donate.
BO
Patient Baby of Nayana Barve is 3 months old, living in Amravati, Maharashtra
SM
Being treated in Shalinitai Meghe Hospital, Wardha, Maharashtra