Even A Small Scratch On His Skin Can Make This 7-Year-Old Bleed To Death | Milaap
loans added to your basket
Total : 0
Pay Now 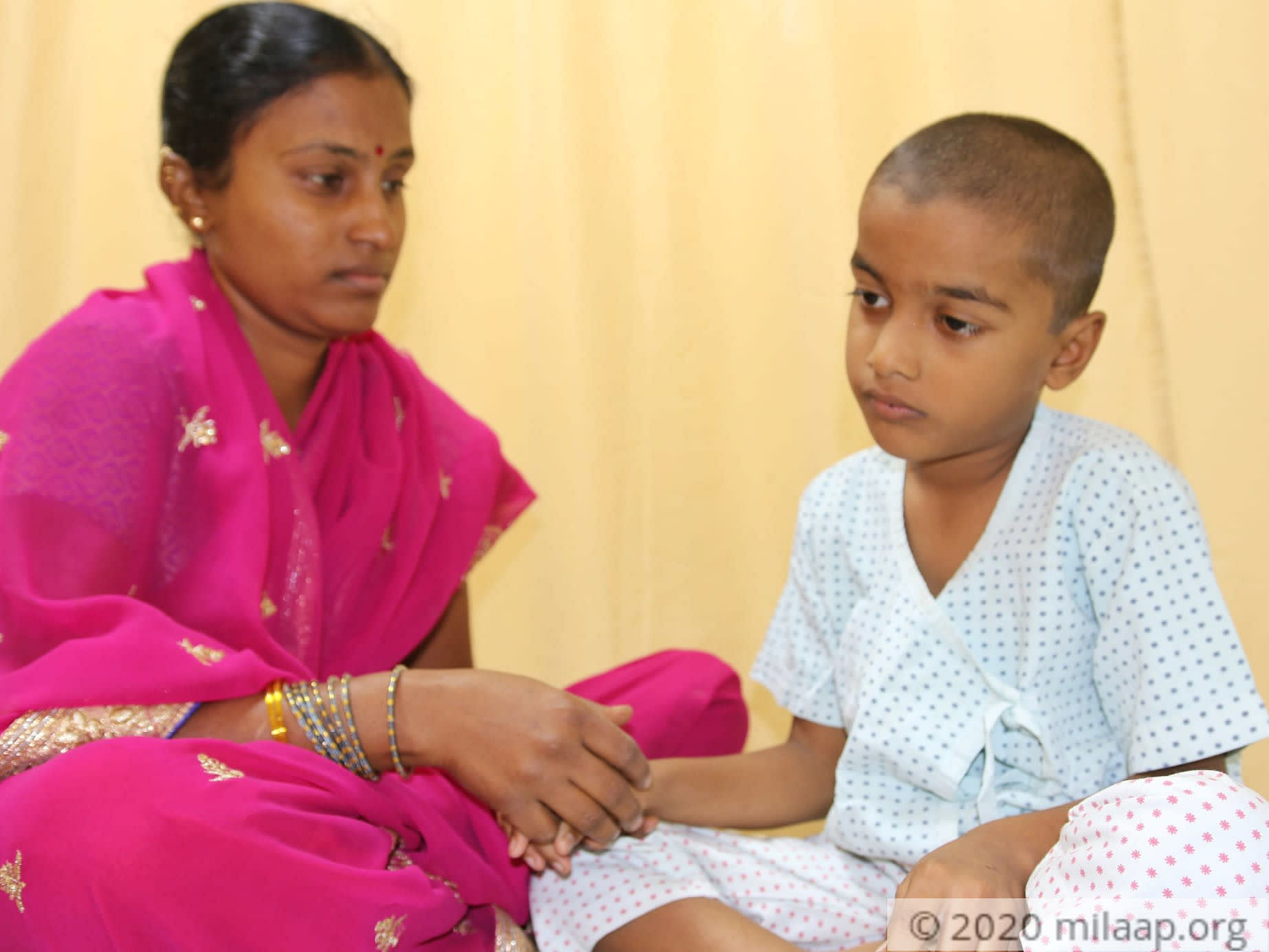 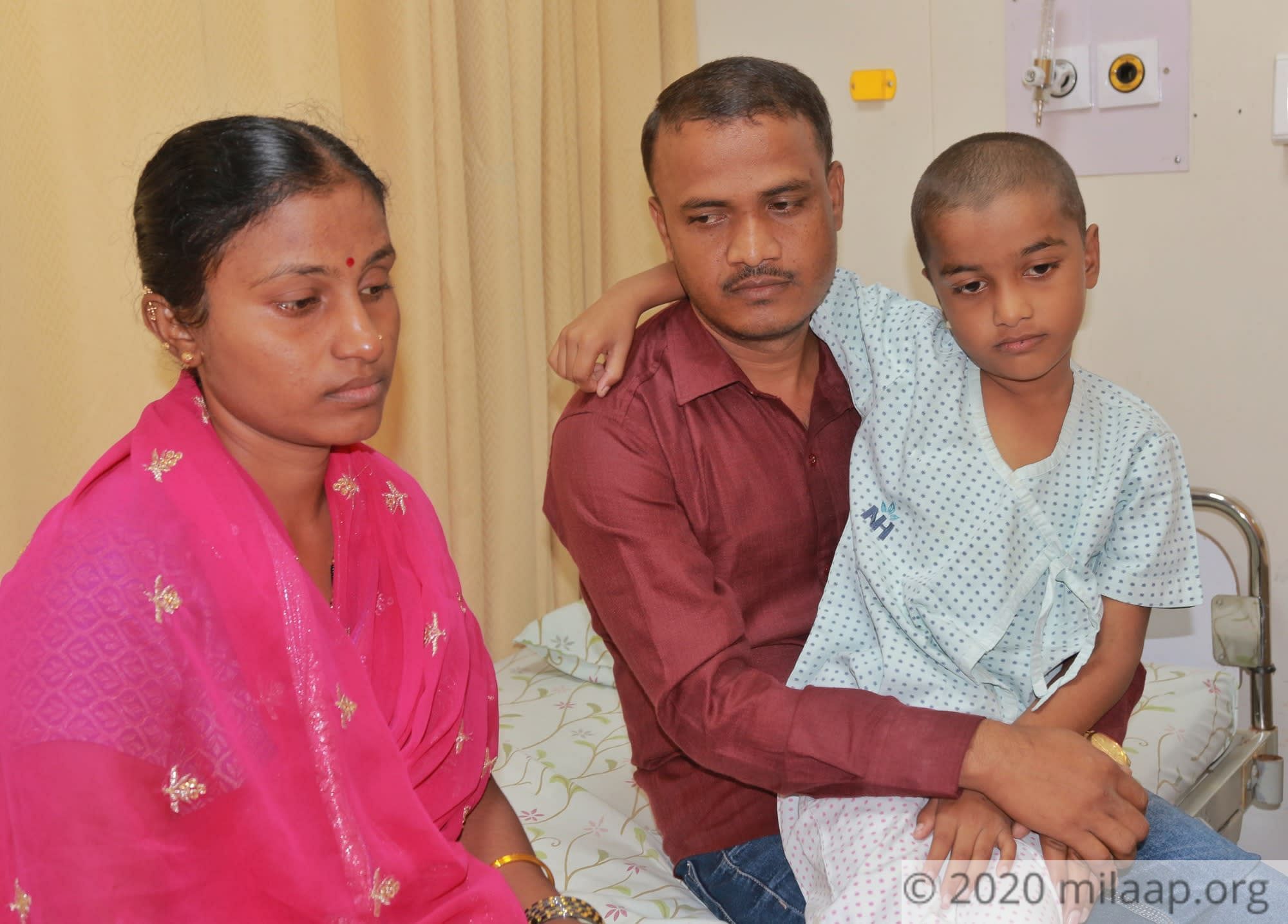 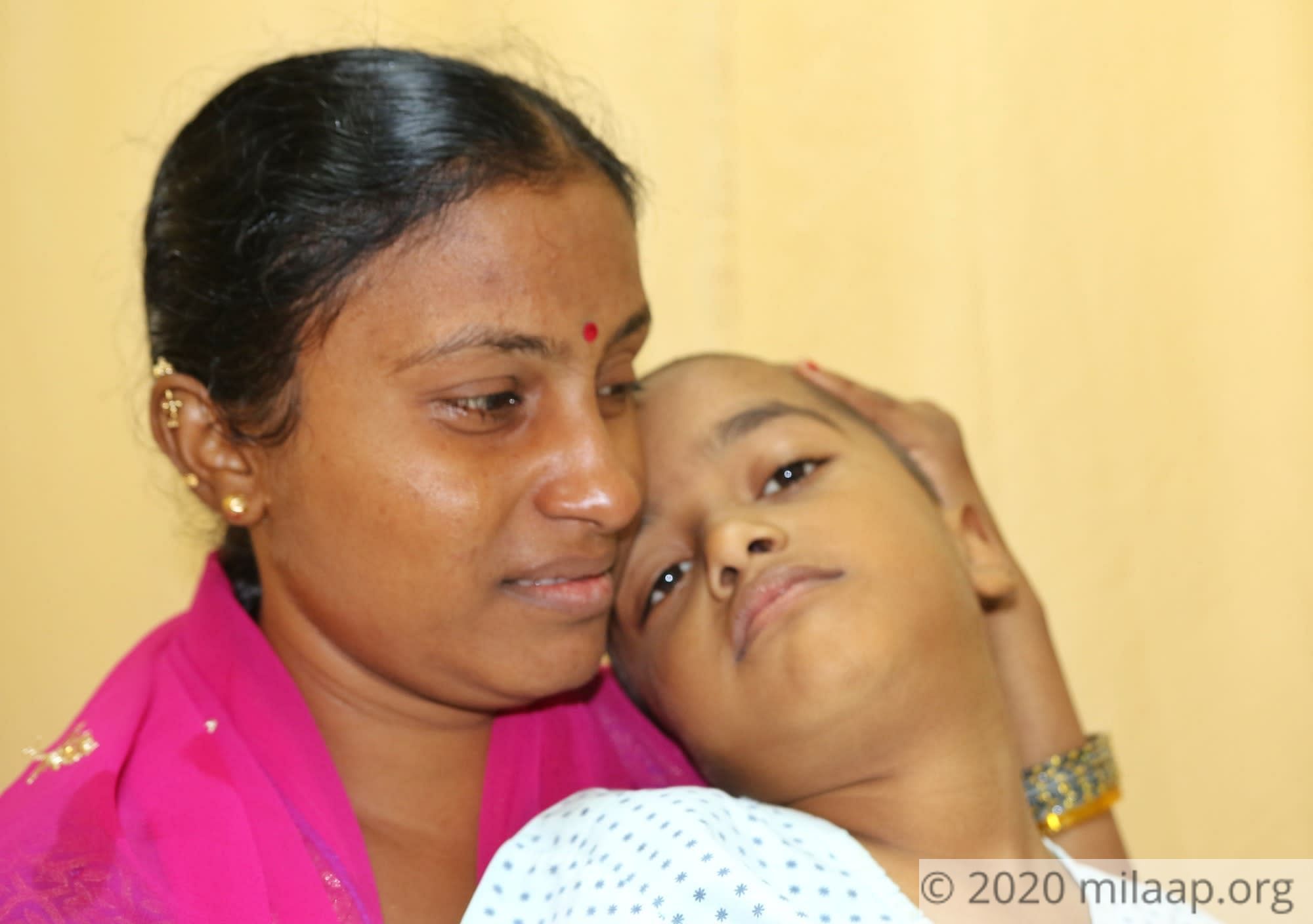 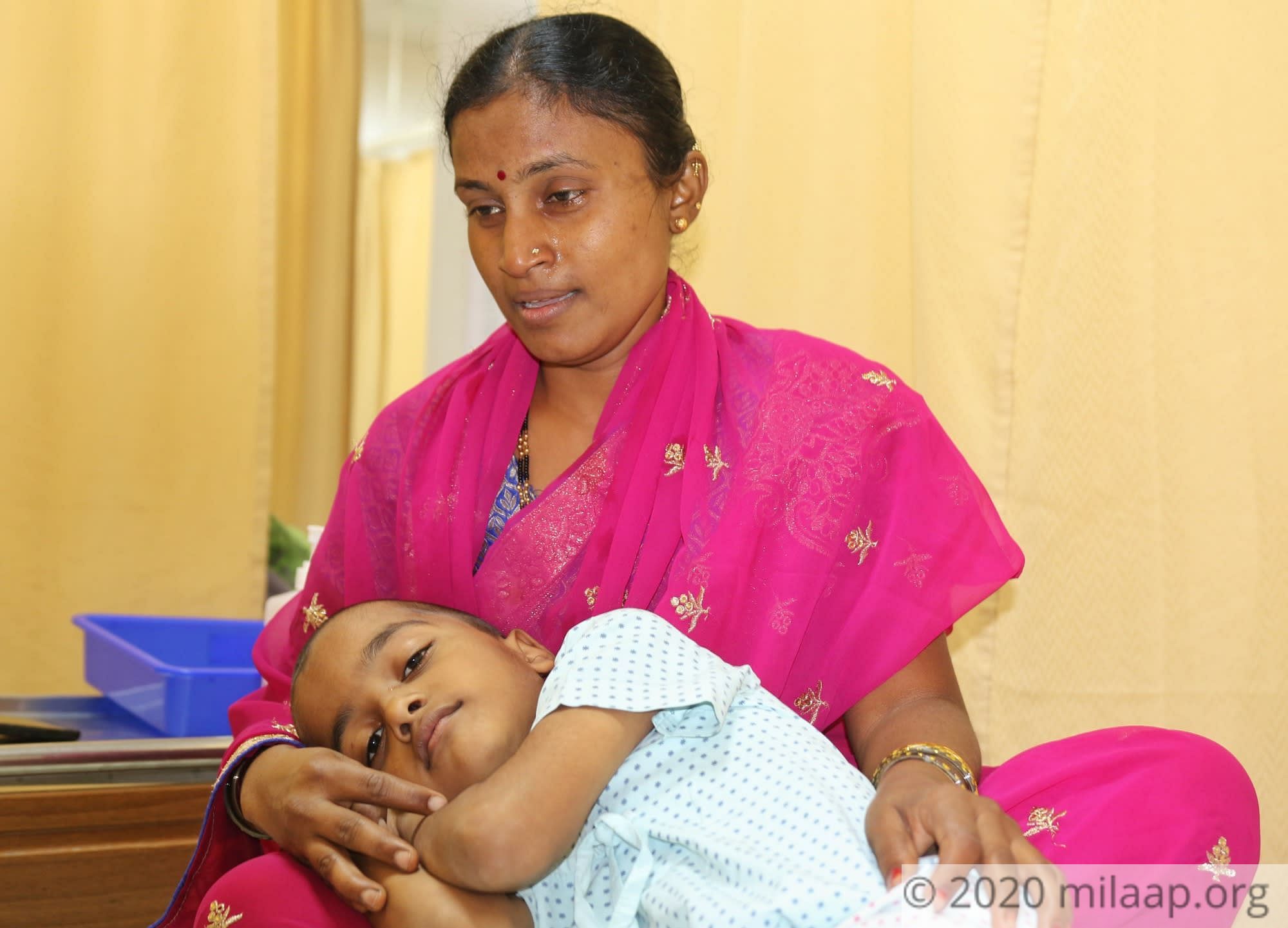 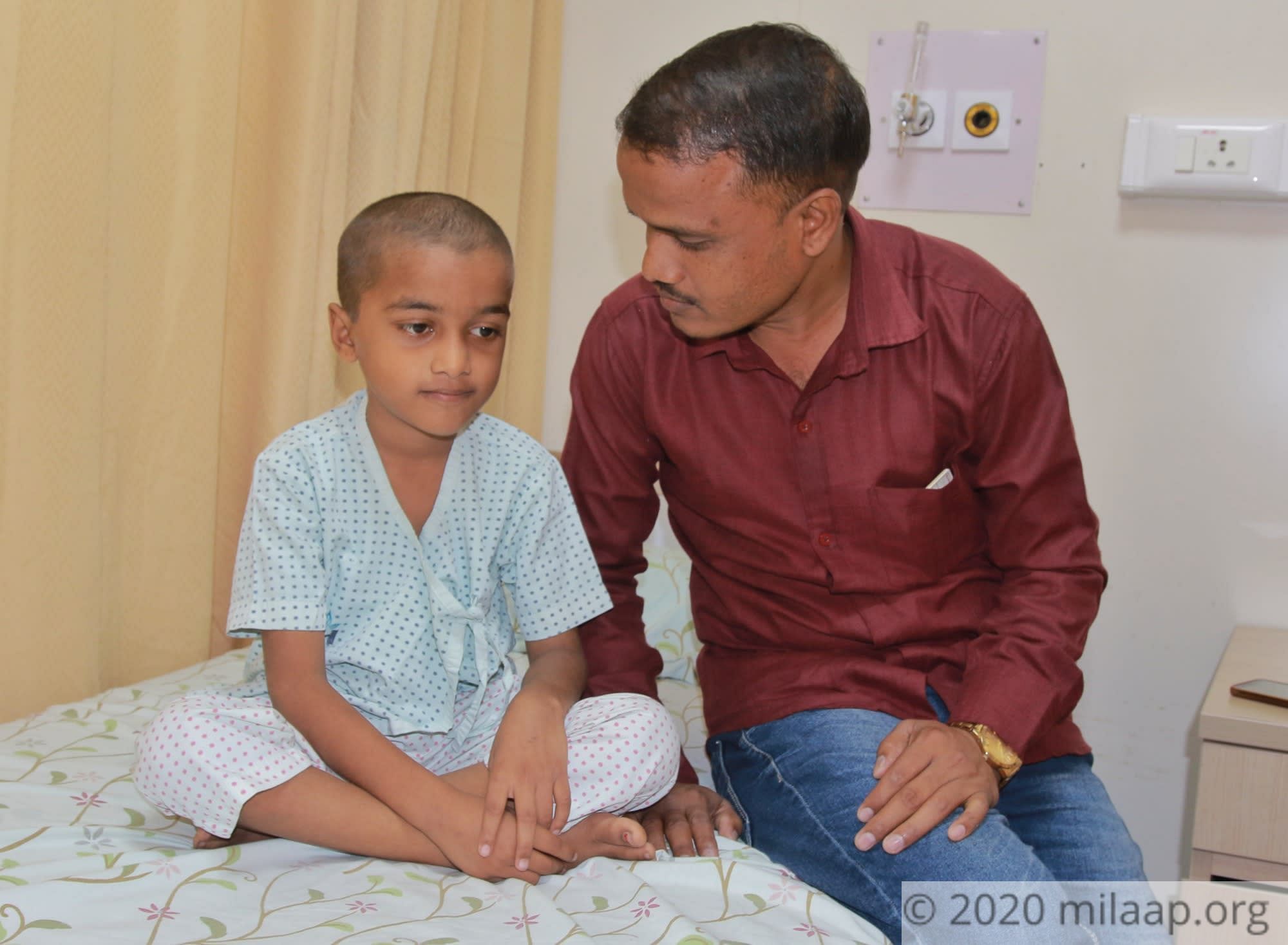 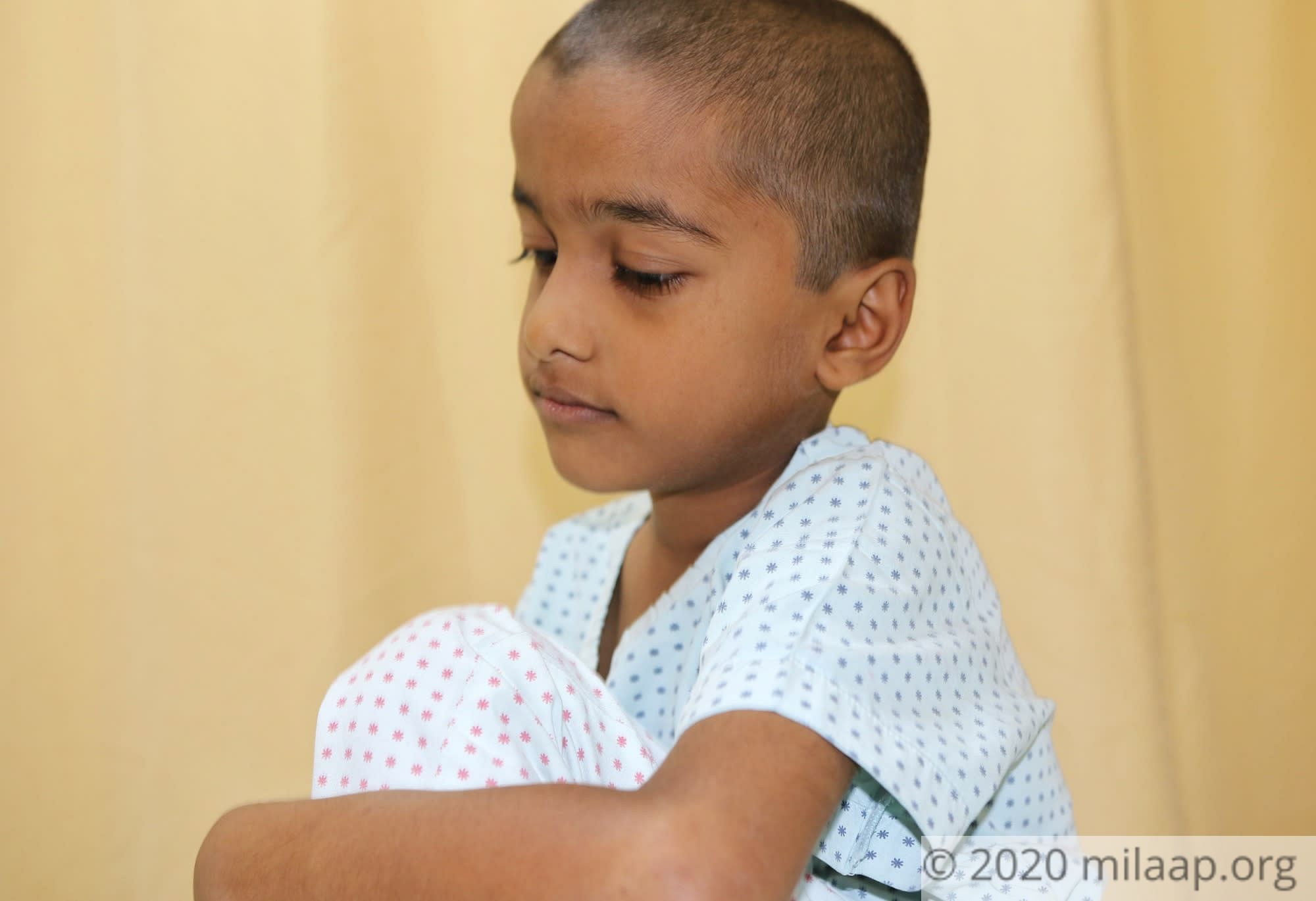 “A month ago we saw him dying in front of us. He bled from his nose for 22 hours straight. When the doctors tried to stop it, he vomited more blood all over. His skin pale, eyes barely open. They... they told us to take him, that he could not be saved. But he survived. For how much longer, though... we don’t know.” – Eshvaraj, father.

When he was just 4, he bit his tongue and bled for 6 hours

7-year-old Yashwant aches to go out and play, but he stays indoors, while kids his age are running around playing. Falling down, they scrape their knees; they laugh and they get up. But it’s not the same for Yashwant. If he falls and scrapes his knee, he’ll bleed to death right there.

“One day when he was 4, he accidentally bit his tongue and it started bleeding. Seconds became minutes, and minutes became hours, but his bleeding did not stop at all. His mouth kept getting filled up in seconds and he had to spit the blood as and when. We tried to make it stop, but nothing worked… we were afraid he’d lose all his blood and pass out!” – Dodamma, mother.

Diagnosed with a rare disease, even a scratch on his skin meant bleeding to death

After 6 dreadful hours, when the bleeding stopped, the parents rushed him to the hospital and he was diagnosed with Glanzmann's Thrombasthenia – a disease of the platelets that results in hemorrhage and prolonged bleeding, among other complications.

“I still can’t get the name of the disease right. But it is a fatal disease! We were given a powder that we could apply on small wounds, to stop bleeding. Despite it, we spent every minute in fear. We never let him go out to play. It's so bad that we even feared the day his first milk tooth would fall… because it meant bleeding, which meant death…” – Dodamma.

For four years since then, Eshvaraj and Dodamma have taken utmost care of their little boy. Things were okay until one day, a month ago, he began bleeding from his nose. Having lost nearly all his blood, he was lucky to have even survived. However, the doctors have prescribed a bone marrow transplant as the only cure to his sickness. It will cost them 20 lakhs, and the parents are agonized.

“A miracle saved him once. But the doctors have told us it won’t a second time. The transplant is his only hope. I work as a constable and earn a sum just enough to survive each day. But this amount, I can’t afford. We have spent over 2 lakhs until now and are already in debts. I see no way to save my son. We live every minute fearing the worst. Please help us put an end to his sufferings!” – Eshvaraj.

This family spends every minute fearing they might lose their son. With a little help from you, they can cure their son and bid goodbye to their fears. 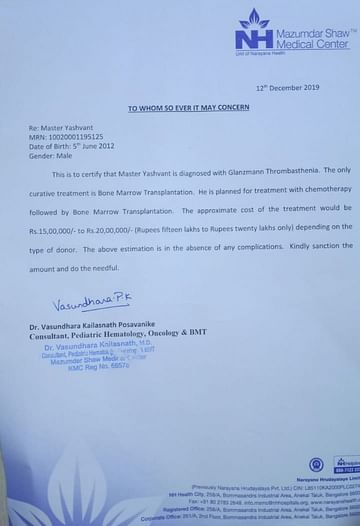 Click here to know more about Yashwanth
Donate now
OR
Click here to read the instructions before you make a bank transfer.