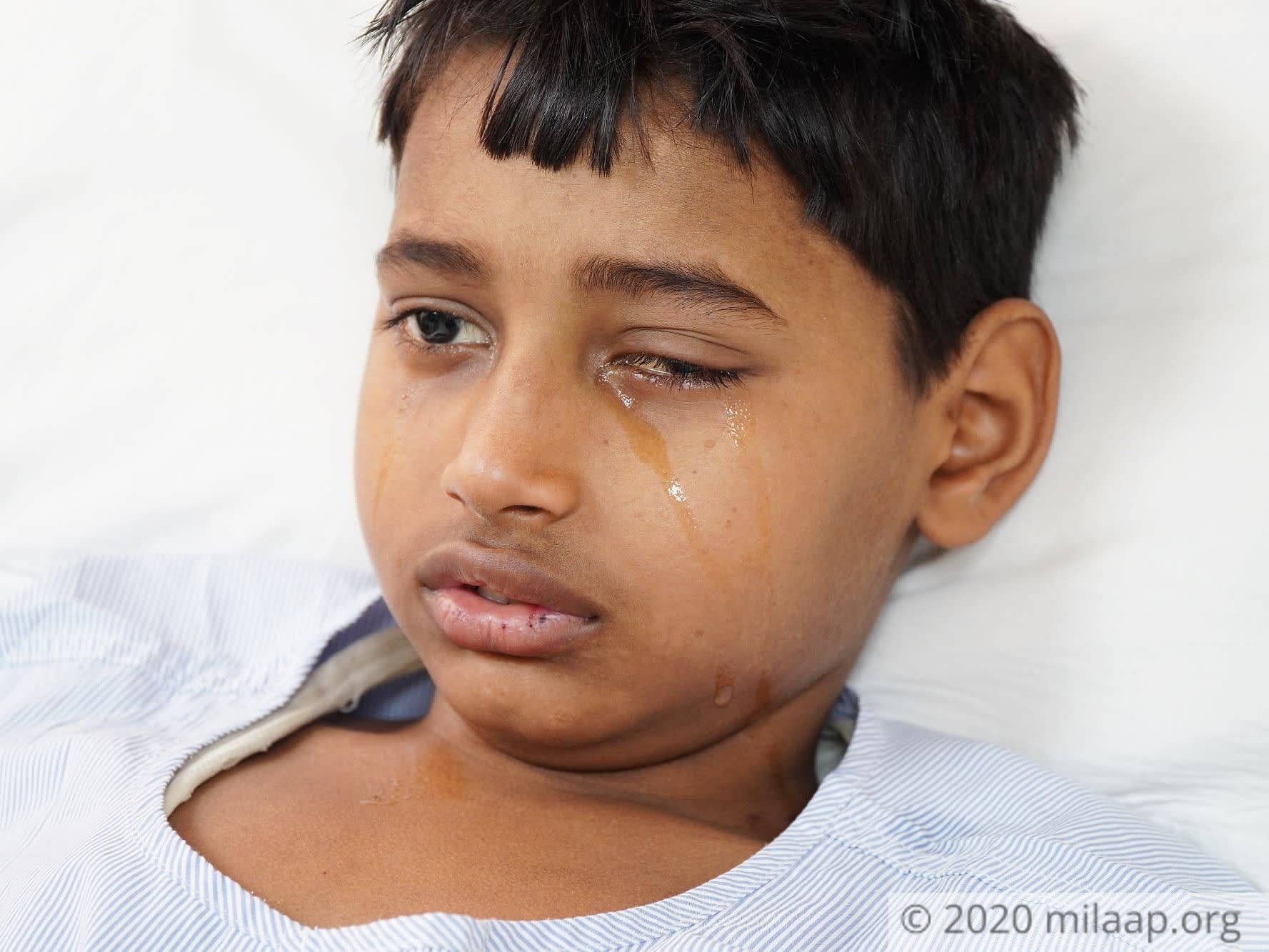 Share
“It has been happening since a year now and still, whenever he starts to bleed from his mouth or nose, we get so scared that it might not stop and something might happen to him. Every single time it is that scary. Even the medicines have stopped working now and his condition is getting worse with every passing day. We have only 10 days in our hands to get him a life-saving transplant,”
- Dhanji, father
On the contrary, Viranjan is not scared anymore. The little boy is now used to his frequent episodes of bleeding. His body feels so tired and weak that he can’t even get out of his bed without help now. He just wants to go back to the life he had a year ago. 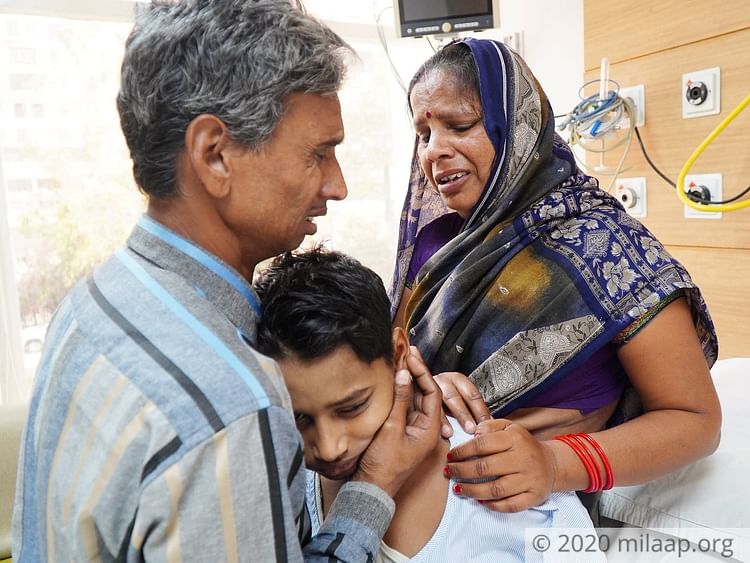 It was last year in February when Viranjan woke up with a slight fever that refused to go even with the medicines prescribed by the local doctor. It was when Viranjan coughed blood one day that the parents realized it is something very serious and rushed him to the city hospital.

“After the tests when doctors said that my child has a severe blood disease, I just couldn’t understand how that happened. He was such a healthy child right from his birth and now he had a life-threatening disease? ” - Runidevi, mother 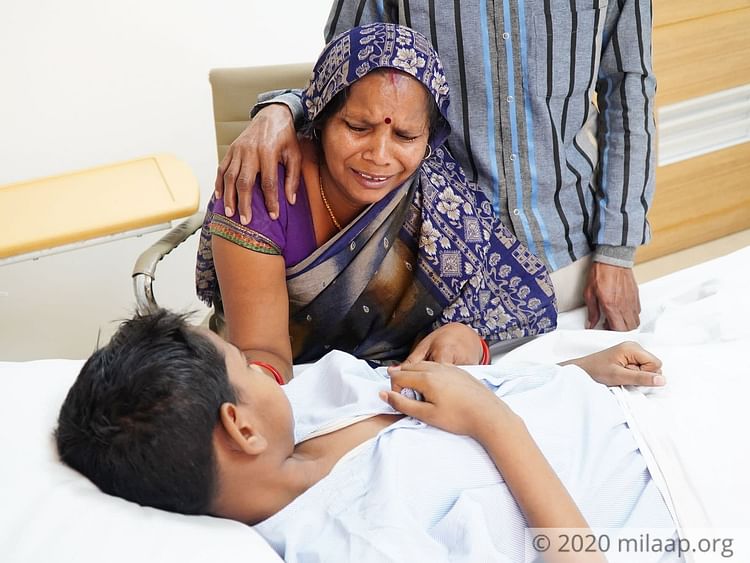 Neither transfusion nor medicines can save him

Viranjan suffers from Aplastic Anemia, a rare, serious blood disorder in which the bone marrow doesn’t make enough new blood cells. Therefore, Viranjan’s blood levels drop down to dangerous levels and he requires blood transfusions very frequently. Transfusions are used to reduce the risk of bleeding and infection but now, even that cannot save this child. Only a bone marrow transplant can. Doctors have said he needs it in the coming 10 days, he doesn't have much time.

“Initially it used to be all okay after the transfusions but now no transfusion or medicine is working anymore. He is bleeding more often and has developed dark spots all over his body. The cure is right in front of me. It can save my son but...but I cannot afford it.” - Dhanji 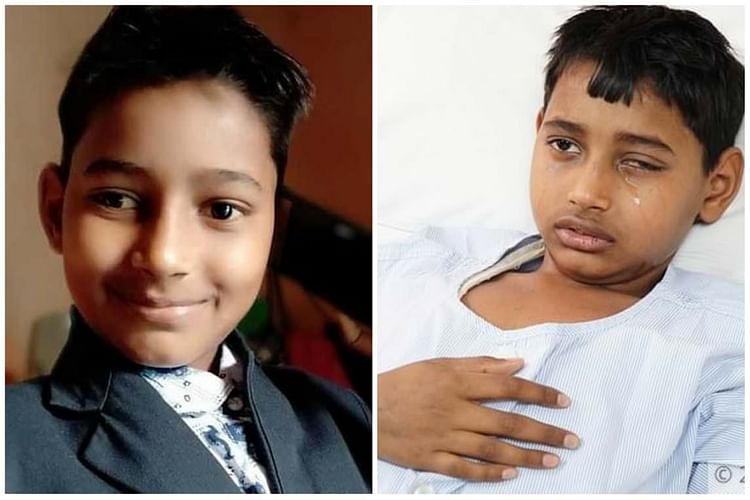 A house filled with laughter once, has now fallen silent

Since the diagnoses of Viranjan’s disease, the family has shifted to Rohtak for his treatment. Dhanji used to work as a daily wage labourer in his village in Bihar and continued with the same work in Rohtak as well. Their whole world turned upside down. In a house where children went to school and played in the veranda together in the evening, there lies an unsaid silence in this rented house in an unknown city. It is so difficult for them to manage even two meals a day, let alone sending their children to school.

“What do I earn? Hardly Rs7000 a month. How will I afford this transplant that will cost me lakhs? Without this, my child will die and I don’t even want to think about it. If anything happens to him I’ll never be able to forgive myself. Please help us!” - Dhanji 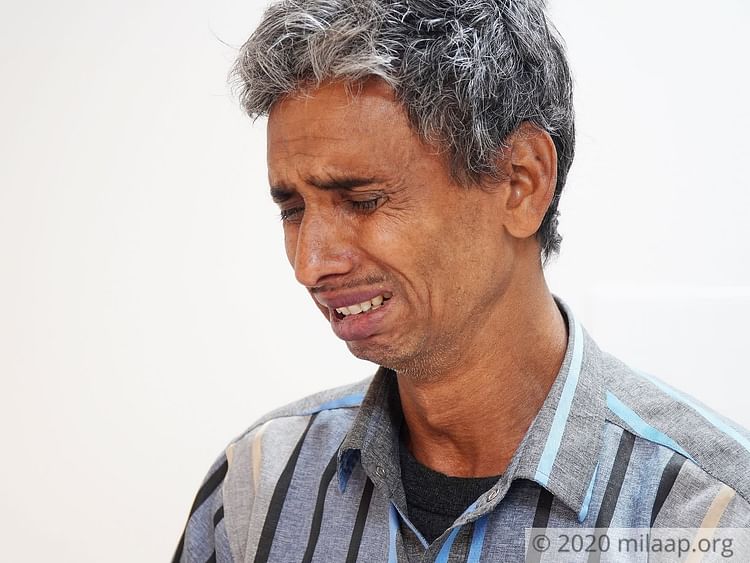 Viranjan is not responding to medicines and transfusions can't save him. Only a bone marrow transplant can but it will cost 25 lakh rupees which this poor father cannot afford. Your small contribution can help him save his son from this severe blood disease. Click here to contribute.
VK
Patient Viranjan Kumar is 10 years old, living in Jaipur, Rajasthan
MH
Being treated in Manipal hospitals, Jaipur, Rajasthan