He's Ready To Give Up His Own Life To Save His Daughter, But | Milaap

He's Ready To Give Up His Own Life To Save His Daughter, But He Can't Afford It 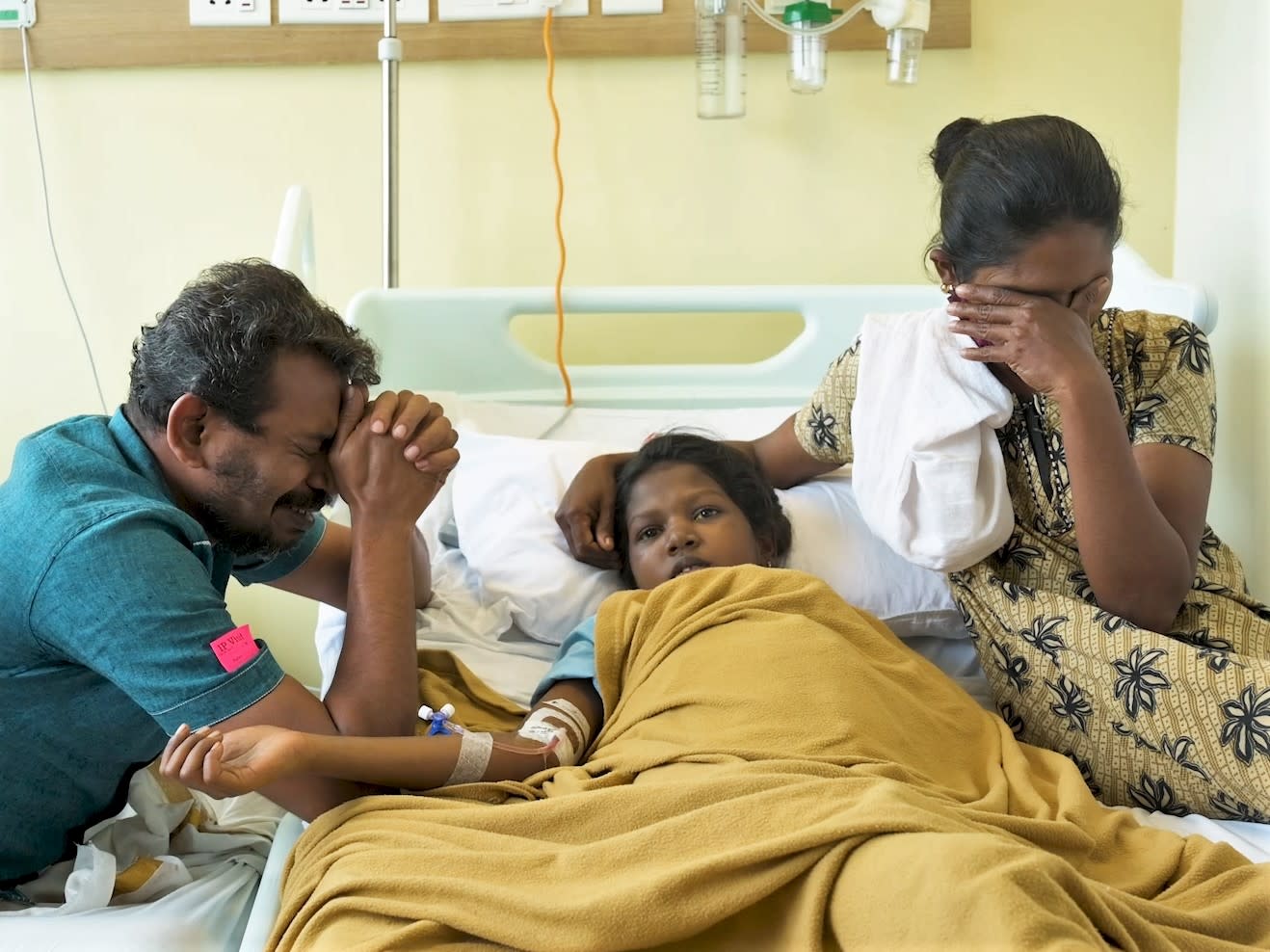 “I still can’t believe all this is real, that I’m not simply trapped in some nightmare. Barely two weeks ago everything was still fine. But now...
Now my daughter is in a hospital, and the doctors are saying she could die within the month if she doesn’t get a liver transplant. I am ready to give her my own liver right here and now, I’ll even give up my own life if I have to. But the one thing more important than the liver is what I don’t have: money.”
— Valsa Kumar, father 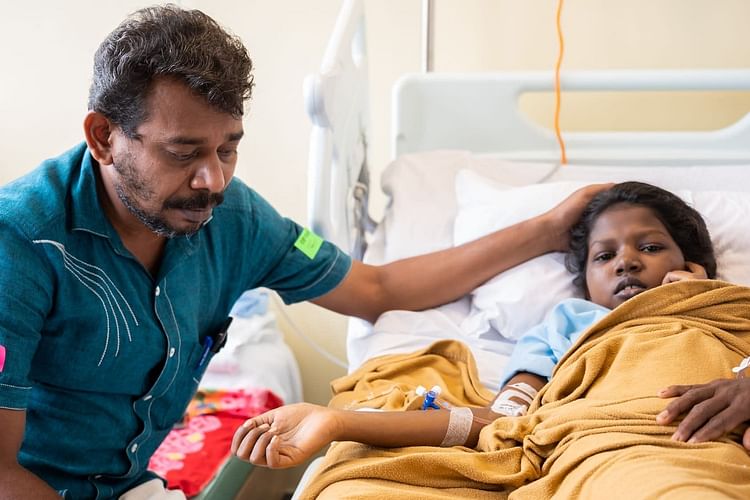 In the last week of July, Valsa Kumar was at work stitching cheap readymade garments, when he got a call from his wife, asking him to bring some medicines on his way home. Their younger daughter Vijithra, 11, had vomited.

“We didn’t really think much of it that day. Once she took the medicines, she was fine. But just a few days later her eyes started turning yellow. Unsure what to make of it, we had taken her to a local doctor and he ran some tests. I went to go meet him when the reports were ready a few days later. I don’t really remember much of that meeting except one sentence: 'your daughter is dying'.” — Valsa 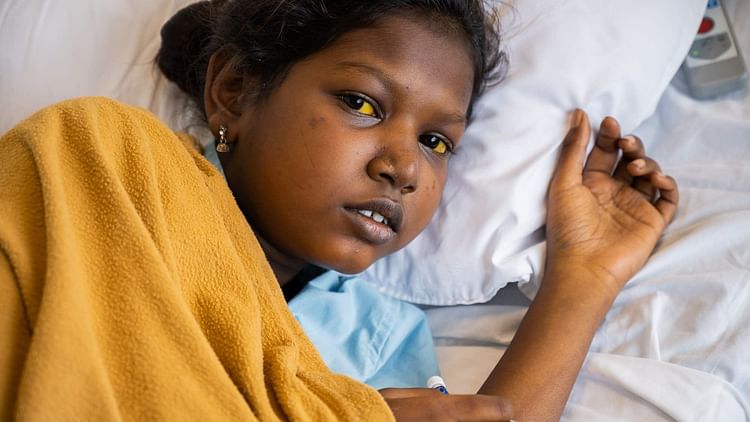 With trembling hands, Valsa had taken the report and gone back to the ICU ward. They had been forced to admit Vijithra there while they waited for the reports, because other symptoms had started showing up beyond her yellowing eyes: sensitive skin, swollen limbs and face, lethargy.

“The doctor there recommended that I bring her here, to this hospital, because they weren’t equipped to take care of her properly. To a parent, that was perhaps the scariest thing he could have said! That my daughter is so sick, her condition so critical, that we needed a special hospital with special equipment and specialized doctors!” — Valsa 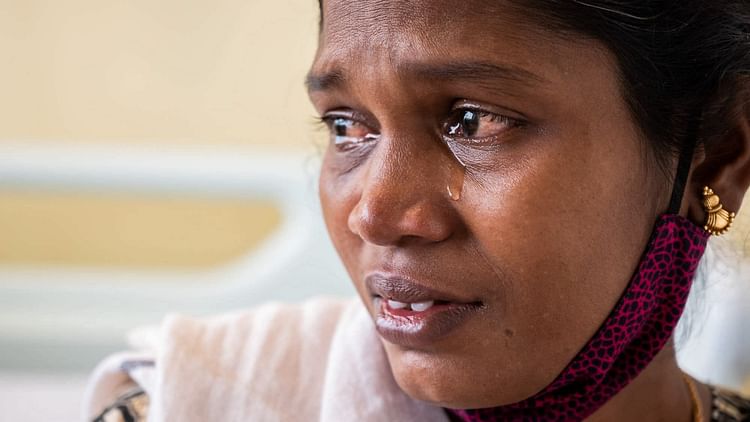 The difference in their daughter is stark

Vijithra had always been a pretty active child. Over the years, her parents had gotten used to seeing her zip around their house, singing at the top of her voice, trying be funnier than her older sister. Today Vijithra can barely get out of bed.

“It hasn’t even been a week since we brought her here, and already she is so much weaker. Her face is so tender and swollen now that I have to think twice about just stroking her cheek. Her whole life she had never been sick enough to need any kind of tests or scans, and now... now somehow she’s just days away from possibly losing her life!” — Preetha, mother 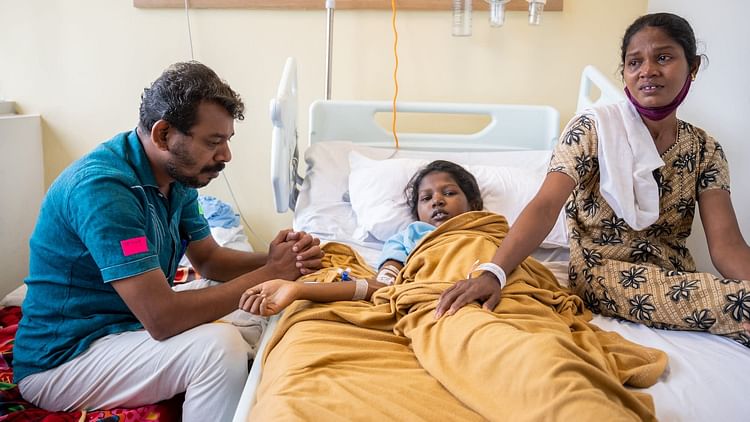 She needs a liver transplant, and she needs it now

“The ambulance ride alone, from that first hospital to this one, was so expensive that I had to borrow money from a friend. She needs tens of lakhs of rupees to fully recover from this disease! I simply can’t manage this, not in time. If you can, please help her. I will be eternally grateful to you, because I can’t imagine life without my Vijithra!” — Valsa, breaking down

Vijithra needs your kindness. It is her only hope now.
VV
Patient Vijithra V Kumar is 11 years old, living in Kochi, Kerala
AM
Being treated in Aster Medcity Hospital, Kochi, Kerala