He’s Struggling To Hold On, But His Organs Are Moments Away | Milaap

He’s Struggling To Hold On, But His Organs Are Moments Away From Failing 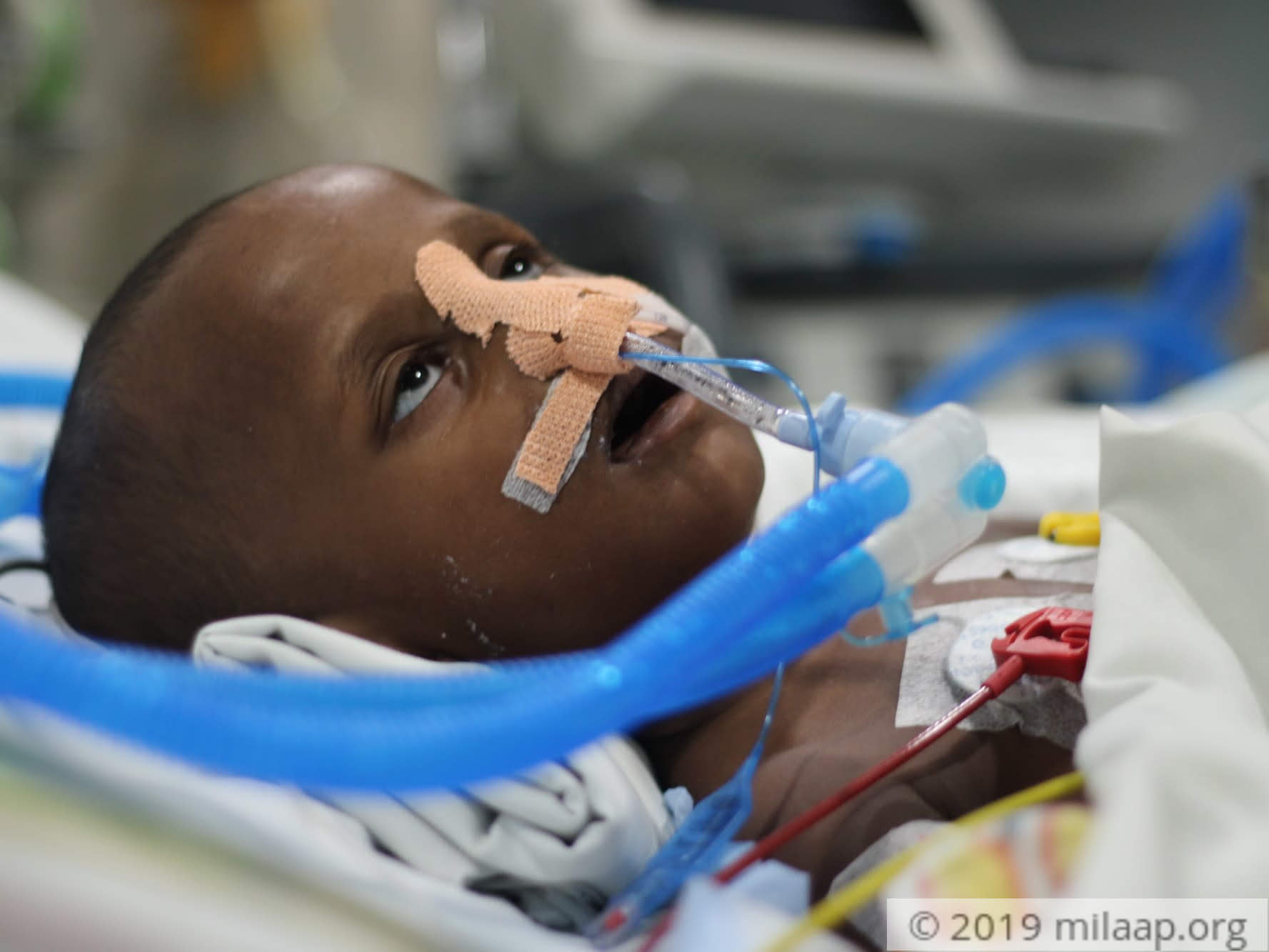 Share
We begged them so much, we fell at their feet. But they said there was nothing they could do, that they needed payment to treat my son. They asked us to leave.
I had never felt so helpless as I stepped out of that first hospital. We had travelled so far!
We didn’t have any money, we didn’t know the language, and my son was dying in my arms.
– Chandrakala, mother of Venkata

Tragedy is not new to Ravi and Chandrakala. Seven years ago, they lost a child mere days after he was born. It had taken 4 years for the young couple to recover from the incident and try once again to be parents. When Venkata was born, it had seemed like they were given a new lease on life. But now... Venkata is on the brink of death himself, and these parents are helpless.

“When we took Venkata to the doctor for having a temperature, we did not expect to find out that he had some chest infection that could kill him. We got him some treatment, but... he just kept getting worse. After a few days, he was barely breathing. We were told to take our son to Chennai, that he might have a chance there. On the way, we stopped at Tirupati to ask god to save him, because... we were starting to realize maybe this was beyond us...”
– Ravi, father

Upon reaching Chennai, Ravi and Chandrakala discovered their precious little boy’s condition was worse than they could have ever imagined and definitely beyond their financial abilities.

“The doctors at the first hospital we went to did some tests and told us... that his heart is just moments away from failing as well. They told us they could treat him, but the cost was just so high! We had spent all our money on bringing him to Chennai!”
– Chandrakala, tearing up

After a terrible accident that nearly left him paralyzed, Ravi has not been able to go back to work as a daily-wager for more than a year. The company that contracted him have been paying him a monthly compensation of Rs. 8,000, with which the family has had to survive. To save little Venkata, though, these parents need six lakhs, and they have no idea how they’re going to arrange so much money in such little time.