She Nearly Escaped A Paralysis Attack Once, Now Her Failing Heart Can Kill Her | Milaap

She Nearly Escaped A Paralysis Attack Once, Now Her Failing Heart Can Kill Her 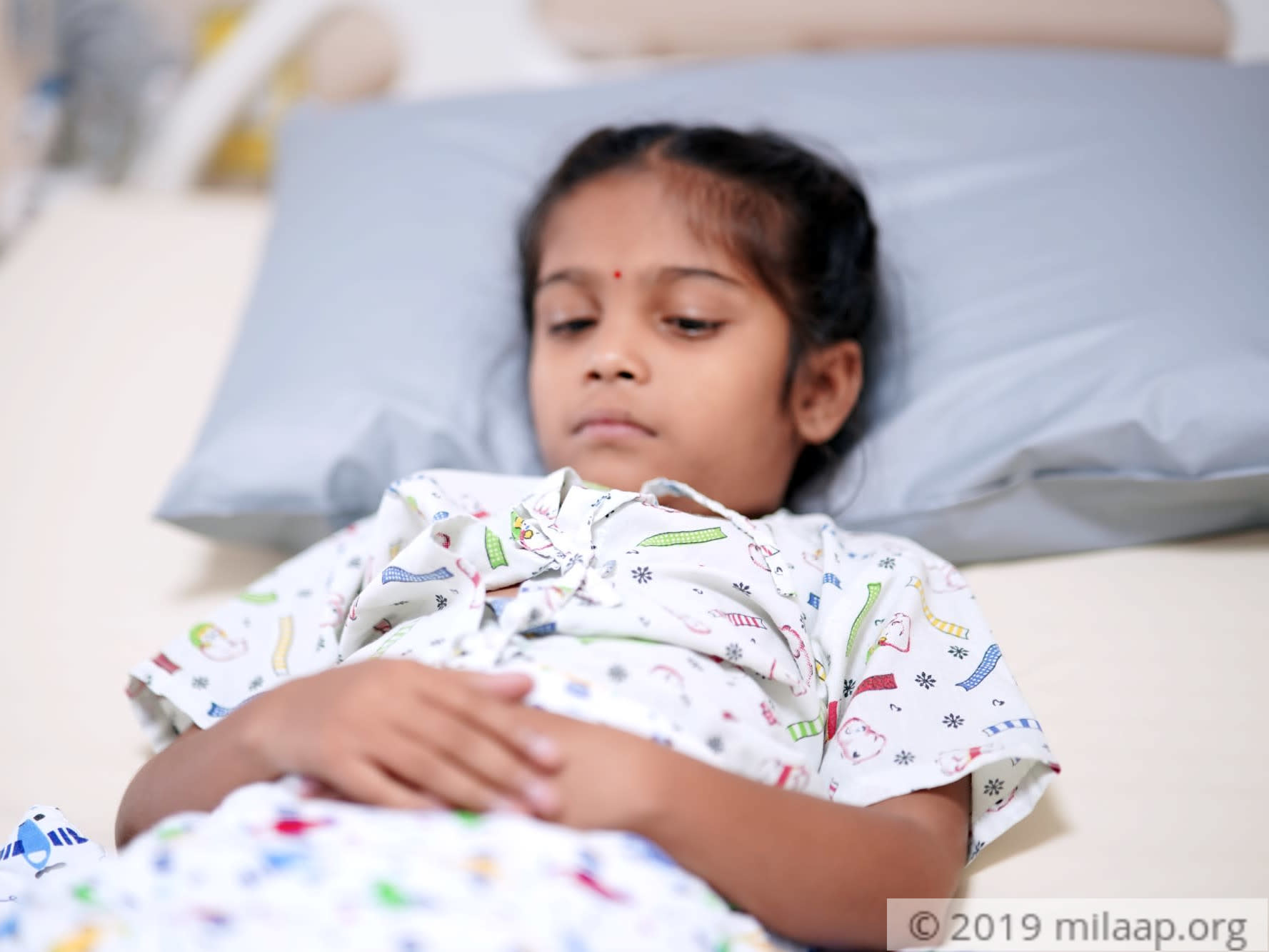 “Doctors asked us to give up on our daughter right after birth. They said she is very ill. I wondered how can they say so. I could never agree with them. I decided that I will save my baby.” – Reshma, mother

When Vedanti was born, everybody was elated and everything seemed fine until doctors noticed that the baby was not crying. She was admitted and put under intensive care and doctors revealed her condition.

“Vedanti did not look like a normal baby. Her body turned black and blue often. She did not cry or drink milk and looked weak. She did not gain weight normally until she was 7-month-old.” – Reshma, mother

Vedanti was diagnosed with Congenital Heart Disease. This condition leads to the mixing of deoxygenated blood cells with oxygen-rich blood cell which are circulated throughout the body. The only cure for this is an open-heart surgery. After a bypass surgery at 7 months of age, things turned slightly better. She recovered slowly but was kept under medical supervision.

She nearly escaped a paralysis attack

Vedanti is 7 now. Even after the surgery, she has not been healthy during all these years. She used to fall ill frequently. At one such instance, she suddenly started panting while her body turned bluish and eyes turned red. Fortunately, she was rushed to the hospital in time and doctors said she escaped a paralysis attack but she needs another surgery.

“That was horrifying. Vedanti’s health worsened suddenly. She started breathing heavily. She tried to speak but she could not speak a word. I was so afraid to lose her that night.” – Reshma, mother.

I will forget the past when my kid is healthy again

Vedanta has grown up with this disease. More than going to school, she has been visiting hospitals. She never has a normal childhood like other children of her age. While she should be studying and playing, the young girl is confined to hospital and medicines. The little girl’s spirit has dampened over the years. This has impacted her mind and raised questions.

What has happened to me? Why am I not like other kids, mummy? I don’t want to go to the hospital anymore. It hurts me.
"Vedanti asks me and I have no answer. I want this to end soon. I will forget the past.” – Reshma, mother.
“I have begged and borrowed but still…”
Kailash, Vedanti’s father, owns a small paan shop which yields him INR 8000 per month. A major part of his income is spent on household expenses. He doesn’t have much savings to fund his daughter’s treatment.

“I have spent all the money I could earn, save and borrow on my daughter’s treatment until now but another surgery...I just can't. I’m already under debt now.” – Kailash, father.

The young girl has spent half of her childhood fighting the disease. Contribute to change her future. Click here to help.
VP
Patient Vedanti Patil is 7 years old, living in Mumbai, Maharashtra
WH
Being treated by Sanjay in Wockhardt hospital, Mumbai, Maharashtra