7-Year-Old Thiyagu Aches To Run Around &amp; Play, But His Disease Won't Let Him | Milaap

7-Year-Old Thiyagu Aches To Run Around & Play, But His Disease Won't Let Him 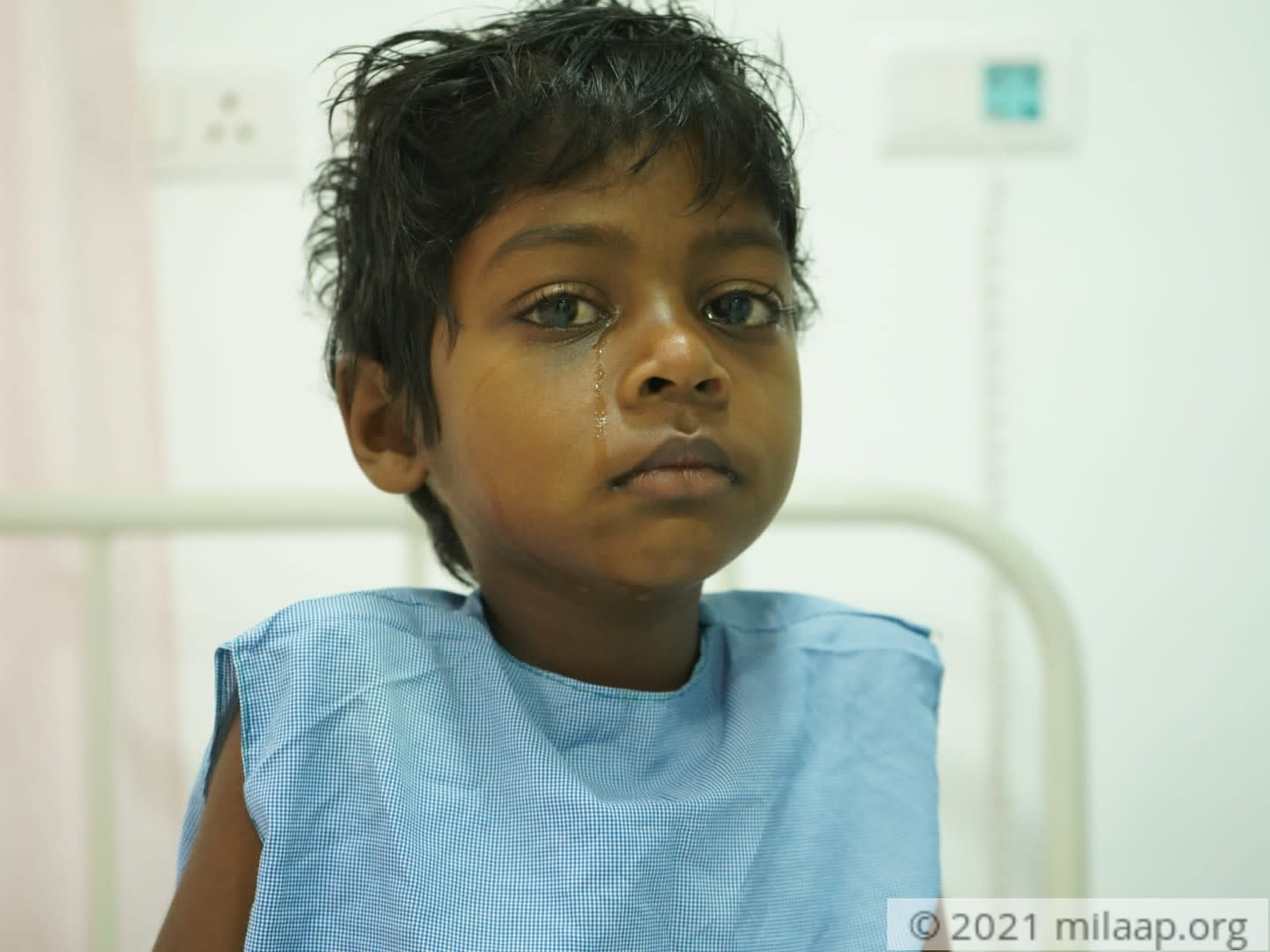 Share
7-Year-old Thiyagu aches to ride his bicycle like every kid in his neighbourhood. Ignoring his mother’s warnings, he takes it out every day and even sits on it. But then he simply can’t pedal. Suffering from Thalassemia, little Thiyagu has no strength at all. Crestfallen, he gets off his cycle and walks back home quietly. All his life, Thiyagu’s been denied the simple joys of running or playing.
He’s been living off blood transfusions, and now, he can’t anymore. Without an urgent bone marrow transplant, he won’t make it.

At 6 months, he was diagnosed with a disease his parents had never heard of - Thalassemia Major

Thiyagu had been a healthy baby till he turned 6 months when he suddenly got a fever that never went away. He was fighting acute thalassemia – a deadly blood disorder.

“They told us he was fighting Thalassemia. For days we struggled to even get the word right - we’d never even heard of it until then! We were told he would need monthly blood transfusions just to survive. We’were happy it was something with a solution. We weren’t aware then, of what it would cost Thiyagu…we didn’t understand what the disease would do to our child…” – Shanmugasundaram, father.

Kids his age went on vacations, but little Thiyagu went to the hospital

Thiyagu survived on monthly blood transfusions. He’d beg his parents to stop the doctors from pricking him with needles. But if they didn’t, he wouldn’t survive. Needles kept him alive.

“He could barely walk, without help. He couldn’t dream of running! So, he couldn’t play with his friends. He’d try to sit down and play indoor games. But just minutes later, he’d just lie down wherever he was sitting. He’d ask me if he could go out and play. I’d say no. He’d ask if he could eat street food. I’d say no. It killed me to say no to even the smallest of his wishes! His little sister, my daughter, wails every time she sees him. She knows too that her anna is in pain!” - Mohana Radha, mother.

He’s lived off transfusions for 6 years now, and he’s getting weaker. He now needs at least 2 transfusions a month, to survive. An urgent bone-marrow transplant is the only thing that can save him, and give him back his childhood.

“We had a glimpse of what life would be like for him, if he didn’t get his blood on time. It was during the lockdown. We struggled to get donors. We saw Thiyagu withering away in front of us. There were days when we thought we’d lose him at any moment! It scared us. We can’t let him live such a life, forever! He’s seen enough pain! He needs a transplant…but…” – Shanmugasundaram.

A daily-wage labourer, Shanmugasundaram earns no more than Rs.10,000 a month. The transplant will cost them 18 lakh rupees, and they’re helpless. They have no account of the money spent on Thiyagu’s treatments since birth. All they remember is, they've struggled for funds for every transfusion like they continue to do even today. They’ve nothing left now. You are their only hope.


Thiyagu doesn't know what it means to be a child, carefree and happy. With a little help from you, he can live a happy life. Click here to save him.