This Father's Watching An Incredibly Rare Disease Take His | Milaap 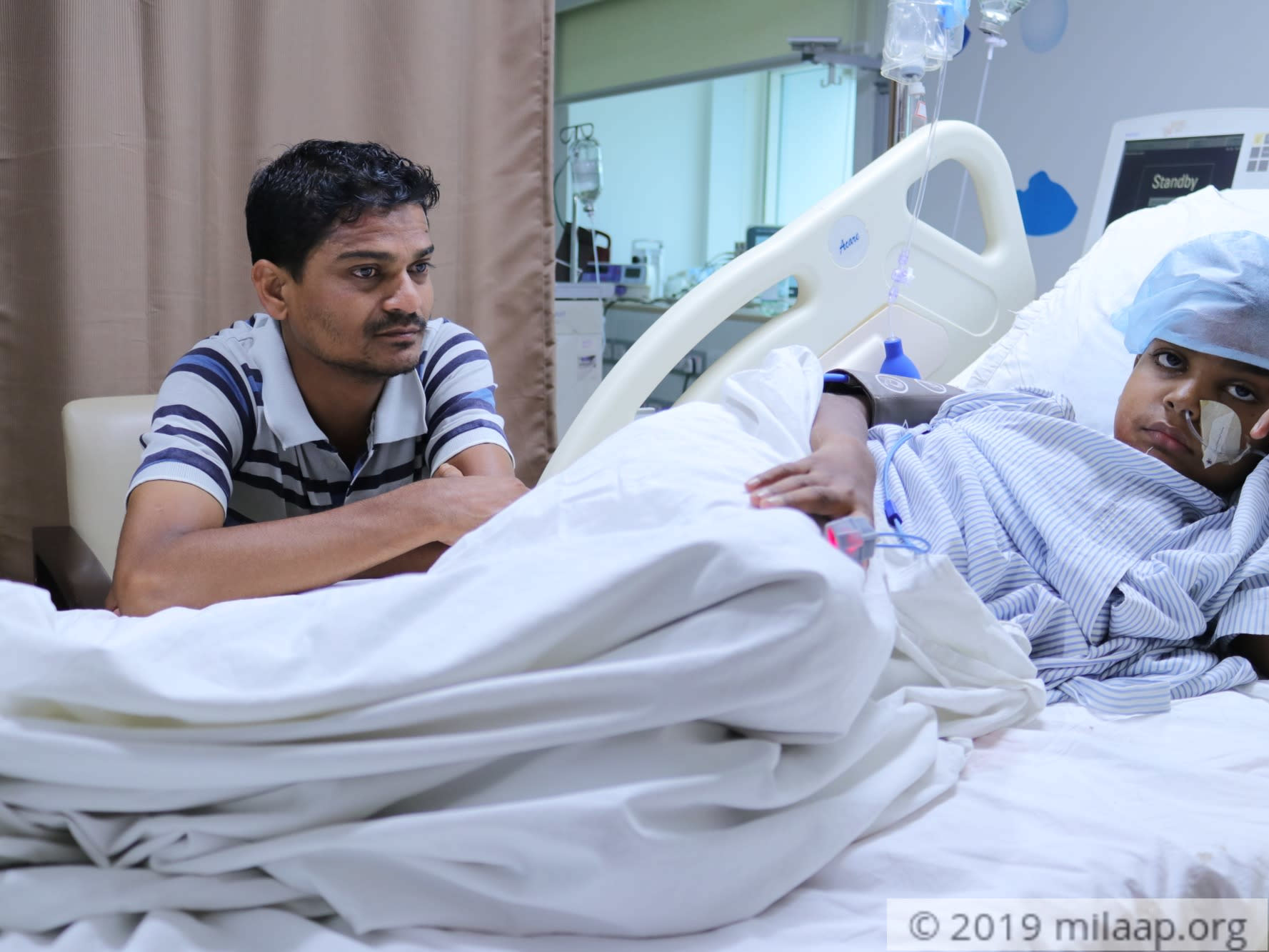 Share
The other day I fell asleep in the chair beside his bed. When I woke up maybe an hour or two later, I looked up at him and he was looking at me with tears in his eyes, his hand reaching out towards me. I had jumped out of my chair and grabbed his hand, asked him what was wrong. His face was blank, but the tears kept flowing.
It was then I realized my son’s disease had finally taken his voice too.
He was terrified and wanted to cry out loud, but his disease wasn’t letting him do that. So I did the only thing I could as I held his hand to my chest… I cried for him.
– Deenbandhu, father of Subrat

Subrat was a happy and lively boy until just 3 months ago. Deenbandhu and Basanti’s son suddenly fell very ill one week, his condition rapidly worsening in a matter of days. Fever, chills, joint aches, eye pain. His parents had been terrified as they kept taking him back to the hospital for more treatment. It was on the 5th day that he was finally diagnosed with dengue.

He managed to save his son from dengue, but...

“I was so scared because a neighbour of mine from my village passed away last year because he had dengue and his family couldn’t afford the care. My wife and I were determined to not let that happen to our son, so we sold everything that we could from the house: our furniture, her jewellery, everything. On top of this I had to take a lot of loans. Finally, we had enough to save our son from dengue. But we didn’t know that... that there was something far worse waiting around the corner.”
– Deenbandhu

Dengue was just the beginning for poor Subrat

Just as Subrat's parents were starting to breathe easy again and their child was getting better; they noticed he was starting to have trouble with certain things. He couldn’t move his mouth properly to eat, and the movement in his arms and legs were starting to get slow and lethargic. Soon the muscles in his face stopped moving entirely. Then he started having trouble breathing. Doctors did a blood-test and were startled to find that Subrat was suffering from Myasthenia Gravis.

An incredibly rare neuromuscular disease is shutting his son’s body down, part by part, and Deenbandhu is helpless

“It’s been nearly a month since he was diagnosed with it. By now he has also lost his voice, and his lungs are shutting down as well. I’ve been trying to afford his care, but doctors are saying he needs at least 2-4 weeks of ICU care and specialized treatment for his condition. I’m already deep in debt and I’ve got nothing else left to sell. I need help now, to save him. If he doesn’t get his treatment, soon maybe even his heart will… my son’s heart may shut down too…”
– Deenbandhu, breaking down

Subrat’s life is in your hands now. Kindly donate as much as you can. Every little bit helps, and will go towards this little boy’s treatment. 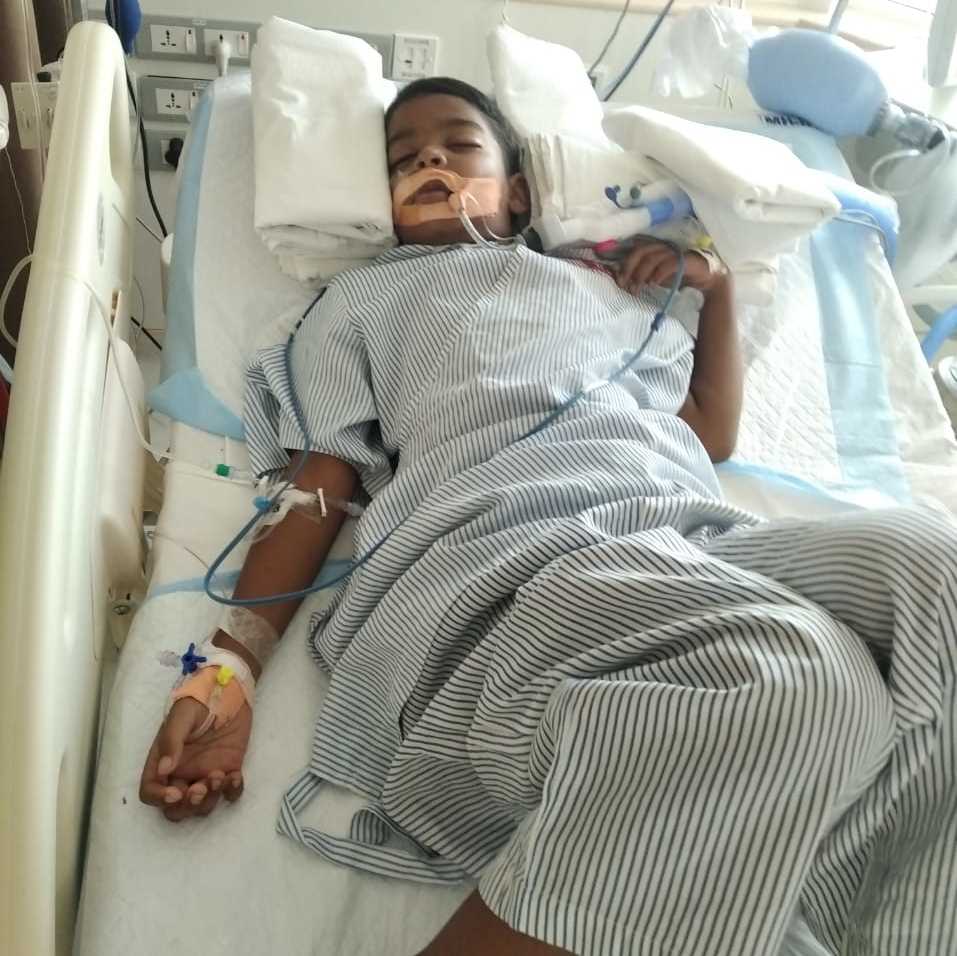