This Cancer-Ridden Child Cries To Be With His Mother Every Day | Milaap
loans added to your basket
Total : 0
Pay Now 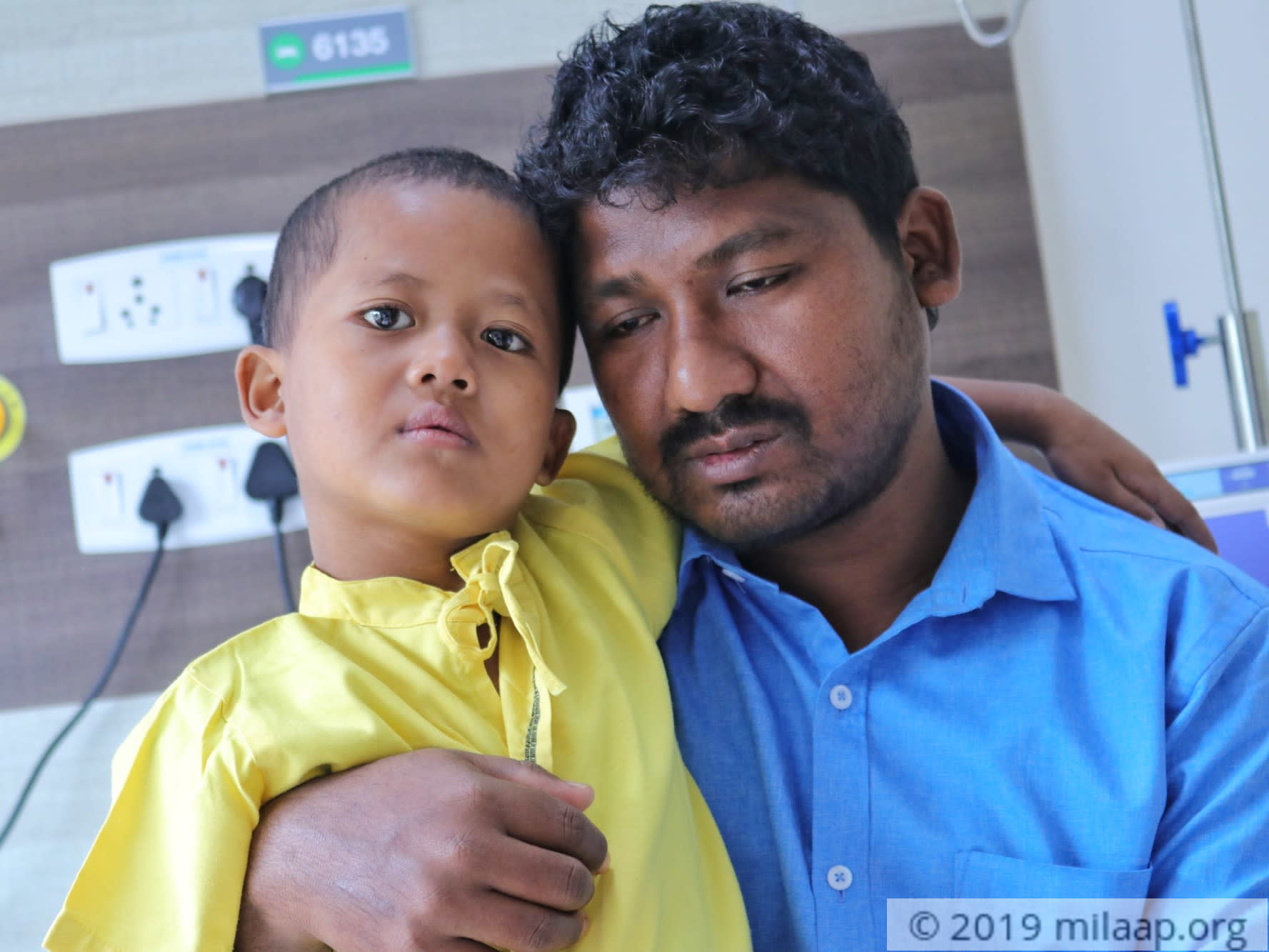 Share on facebook
Subhojit is 6 and he hates being away from home for so long. Night after night he cries himself to sleep because he misses his mother. He gets angry at little things now. It’s been days since he has smiled. His father, Rana, doesn’t know what else he can do to ease his son’s pain.

“Sometimes I feel like all of this is a bad dream. I still can’t believe that my son has cancer. He is undergoing chemo but I don’t know for how long I can continue his treatment…” - Rana sounds helpless.

Cancer in a 6-year-old? His parents were stunned

Four months ago, Rana and Prabhasna’s household was filled with happiness. They had just got the news that Prabhasna was pregnant - the entire family was rejoicing when Subhojith suddenly fell sick.

“He became pale as a sheet. He wasn’t even opening his eyes, he was so weak. They admitted him immediately and gave him blood. We thought he would be fine after this. But we were wrong. He kept falling sick - fever, body aches - we couldn’t understand what was happening to him,” - Rana, father.

Unable to get any conclusive answers, Rana decided to take Subhojith to Bangalore. He mortgaged the small piece of land he had, borrowed money from his relatives and came to Bangalore hoping to cure his son, leaving his pregnant wife at home.

Rana fears that he will lose his son without treatment

Rana is a daily wager who works in a small town in West Bengal. He earns about Rs 200 on days he gets work. On the days he doesn’t, the family lives from hand to mouth.


“Do you know how much it takes for a man like me to arrange for 2 lakhs? No one believes us, no one wants to lend us money. But I did it somehow. Now they have told me that for my son to get better completely, I need 12 lakhs. How will I arrange for so much? You’re my only hope now,” - Rana.

Little Subhojith is fighting blood cancer. His father is struggling to afford his treatment but without your help he can't save his son. A generous contribution from your side will bring the lost happiness of the family

Donated to this campaign via Paytm? Click here if you can’t find your donation listed below.
DS
Dr Sheshagiri donated Rs.2,500