Seeing Her Mother Struggle To Save Her, This Girl Doesn't Want To Be Treated At All | Milaap
loans added to your basket
Total : 0
Pay Now

Seeing Her Mother Struggle To Save Her, This Girl Doesn't Want To Be Treated At All 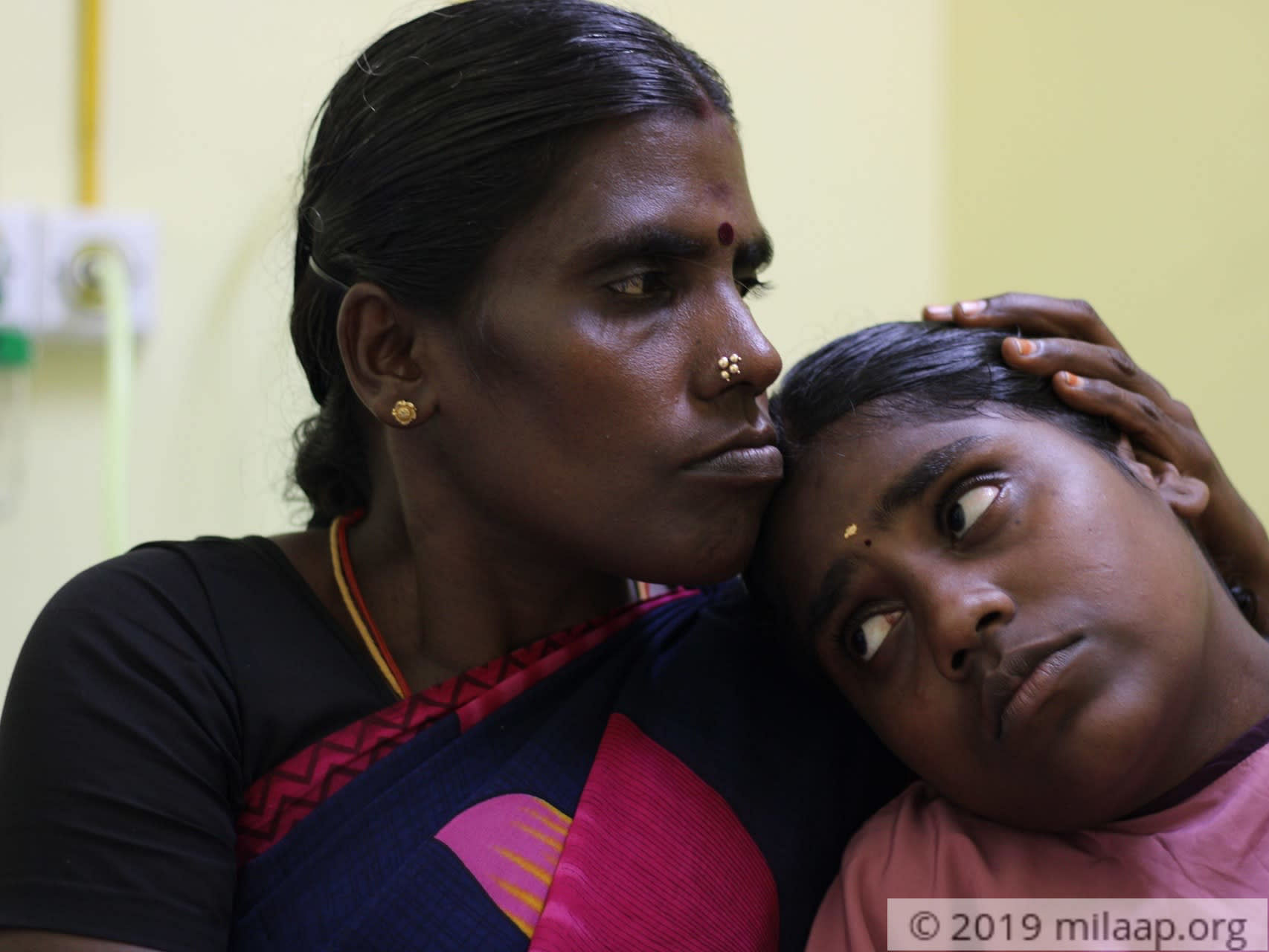 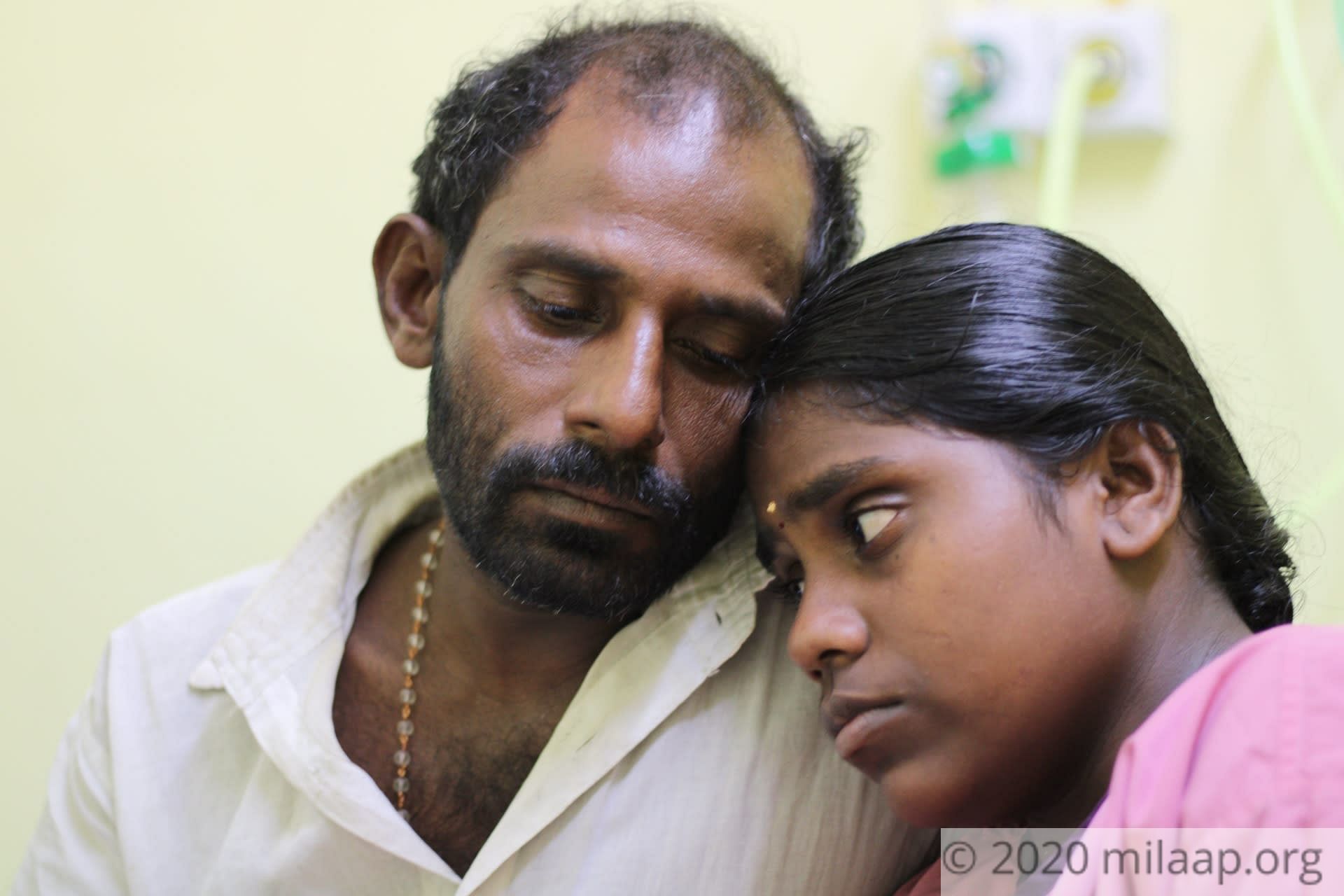 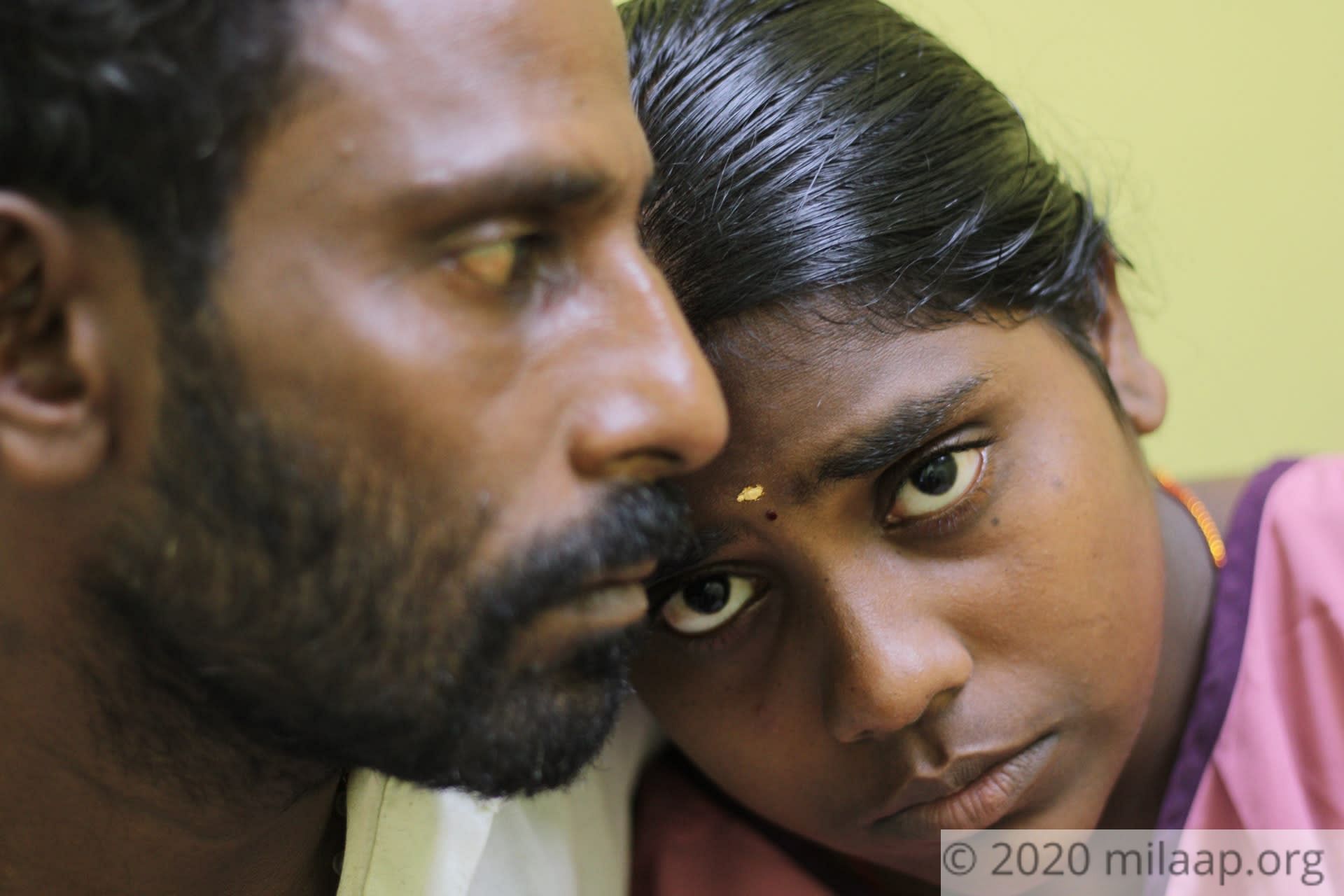 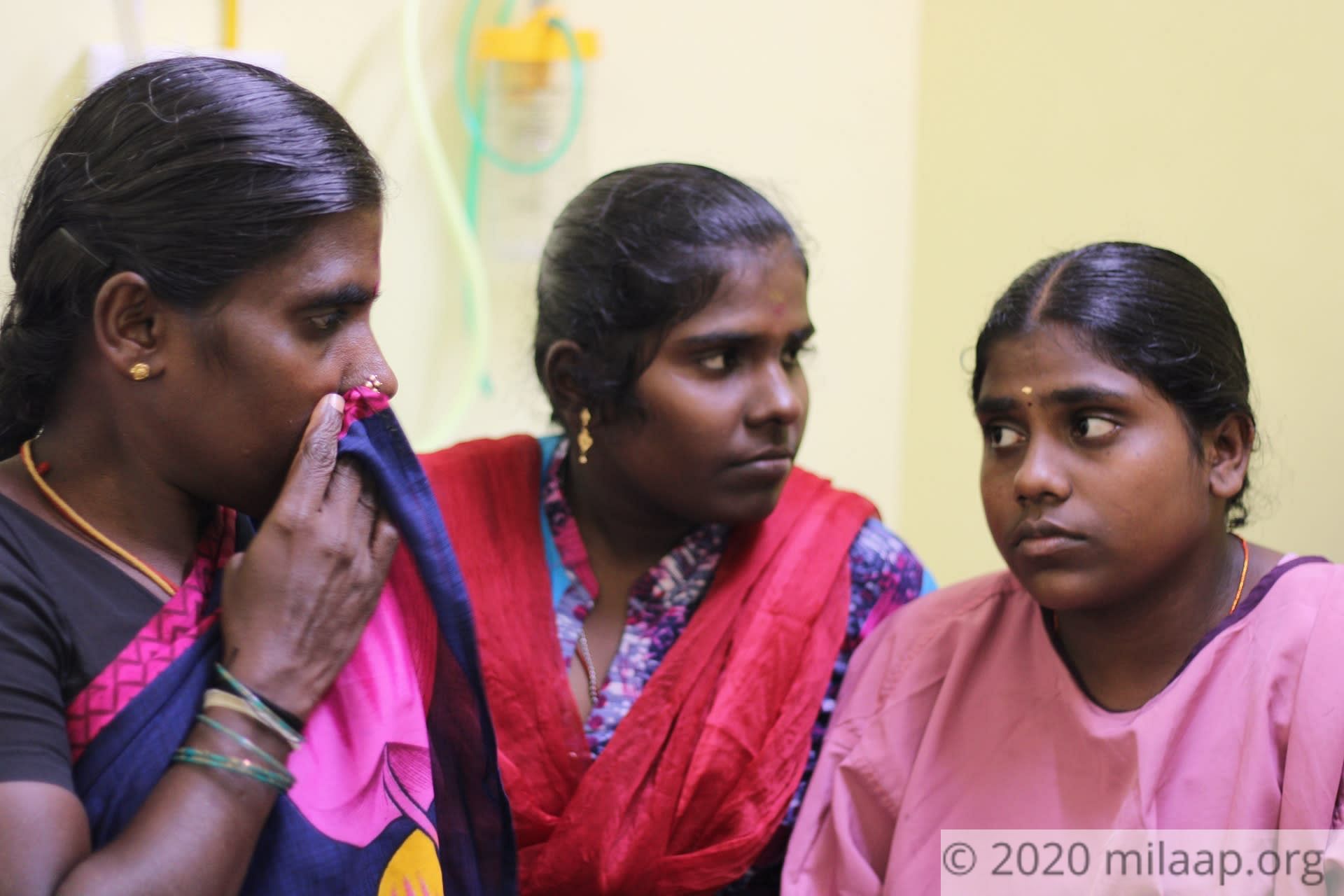 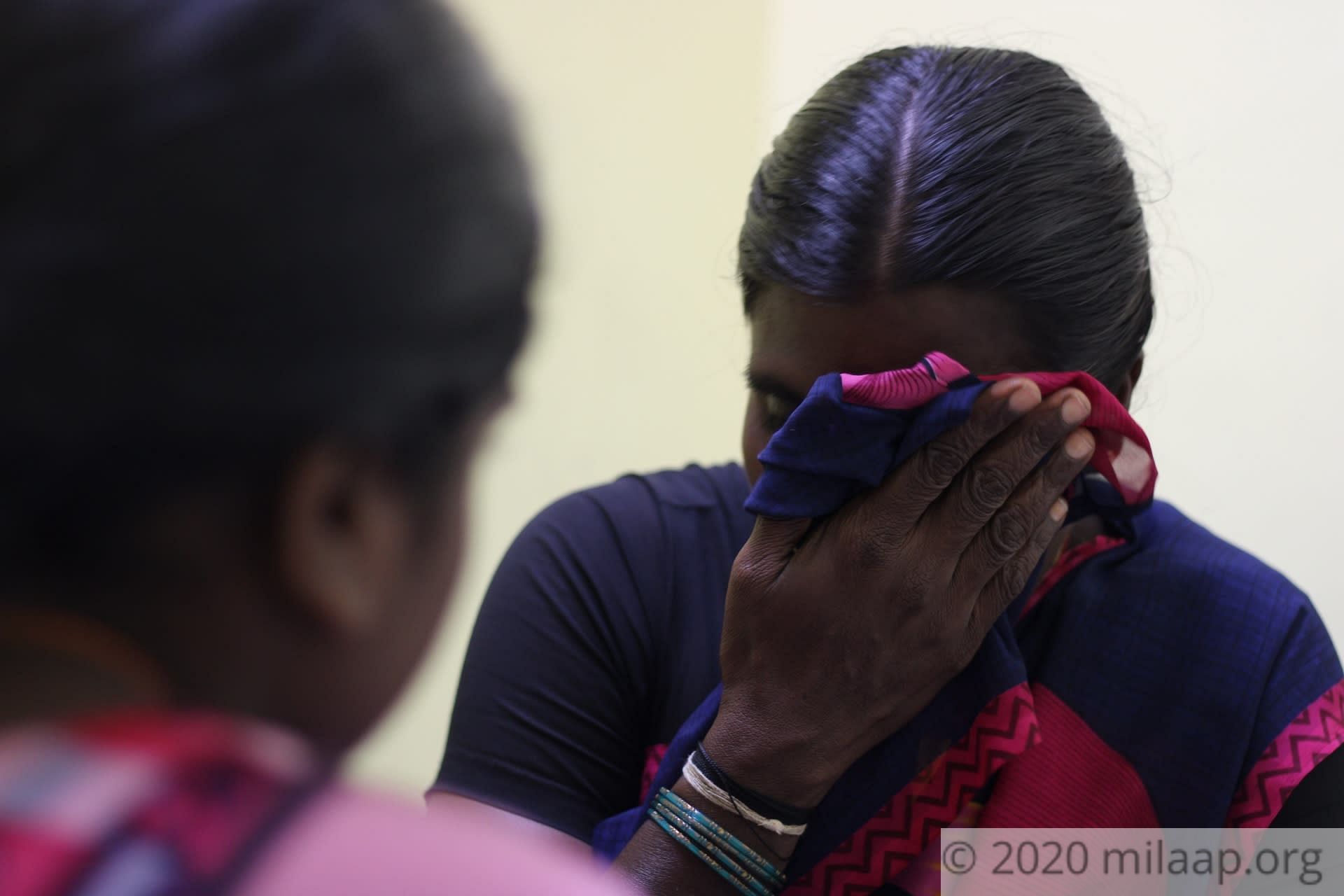 “She saw me crying one day and told me she doesn’t need the surgery! She hates to be a burden and begs to be left to live without the surgery, for as long as she can. You see now why I can’t lose her? She’s precious!” – Karpayi, mother.

One day, when she was in 7th std, Selva Priya was running around with her friends during the PT hour. Suddenly, she could no longer breathe, and crashed to the ground, unconscious. When her parents rushed her to the hospitals, the doctors suggested tests they’d never heard of before. The day the test results came, was the day their world stood still. Their little girl had a fatal disease.

“She was diagnosed with a rheumatic heart disease. She was given tablets and we were told she might require a surgery too. But we couldn’t afford it, and the doctors too said we could wait and see. But it only got worse with time. 5 years later now, at 17, it’s a question of life or death, for her… ” – Karpayi.

Soon after the diagnosis, her mother began to notice the changes she hadn’t earlier. Priya struggled to walk for even a short distance. She couldn’t laugh without panting for breath, nor could she say one full sentence continuously. She struggled to take baths. She couldn’t mix the food in her plate. A year ago, the teachers who saw her struggling to sit still in class, suggested she discontinue and join later after her treatment. But along with her, Kavitha, her elder sister, also quit the school.

“When Priya had to stay home, Kavitha refused to go back to school. She helps her bathe, washes her clothes for her. When Priya is low, she gives her hope. When she doesn’t eat, she feeds her. She gets up and sits even if Priya stirs slightly in her sleep. Sometimes, she breaks down when she sees Priya clutching her heart and gasping for breath…” – Karupayi, mother.

They are running out of time, and only an immediate open-heart surgery can save her life

While her mother and sister did all they could to keep her from contracting infections, Priya’s condition still got worse. The doctors have advised an open-heart surgery which is Priya’s only shot. Without this, there’s no hope of her surviving.

“The surgery will cost us 6.6 lakhs, and I honestly don’t know how to arrange such a huge sum. We did all we could to keep her safe and okay, but nothing worked. The doctors have said that there’s a good chance of us losing her if we don’t perform the surgery at the earliest! My girls are all I have… All I want in life is for them to get educated, and work and be independent. But… it looks like it will remain a dream…” – Karpayi.

With their father drinking away whatever he earns, the family is struggling to gather funds

Murugan, a coolie, earns a daily-wage of Rs.250 on days when there’s work. However, all that he earns is spent on alcohol, and the family receives no aid from him. They live in such a small hut that whenever it rains water leaks in and drenches them all. The family has to rush Priya to her uncle’s house where she can sleep peacefully. After so much struggle and sacrifice, all Karupayi wants is to save her daughter. But she is struggling to gather funds.

“My mother went around asking everybody she knows for money. But all she could gather was fifty thousand rupees, which she has to pay back with interest. We are helpless! I just know that if we lose Priya, our life will no more have a purpose!” – Kavitha, sister.

Your generous contribution can help this family save her. 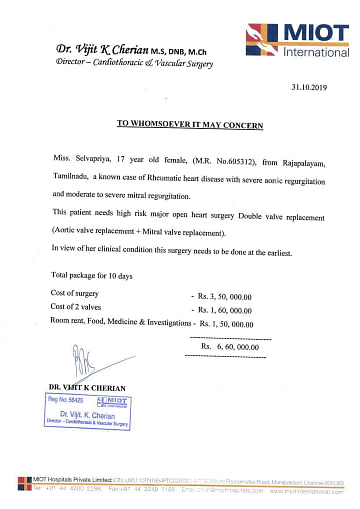 Click here to know more about Selva Priya
Donate now
OR
Click here to read the instructions before you make a bank transfer.

Supporters
A
Anonymous Rs.2,500
An
Anil Rs.2,500
49 others have contributed
Click here to know more about Selva Priya