Unable To Afford His Kid's Surgery, He Borrowed A Phone To At Least Take A Photo Of Her | Milaap

Unable To Afford His Kid's Surgery, He Borrowed A Phone To At Least Take A Photo Of Her 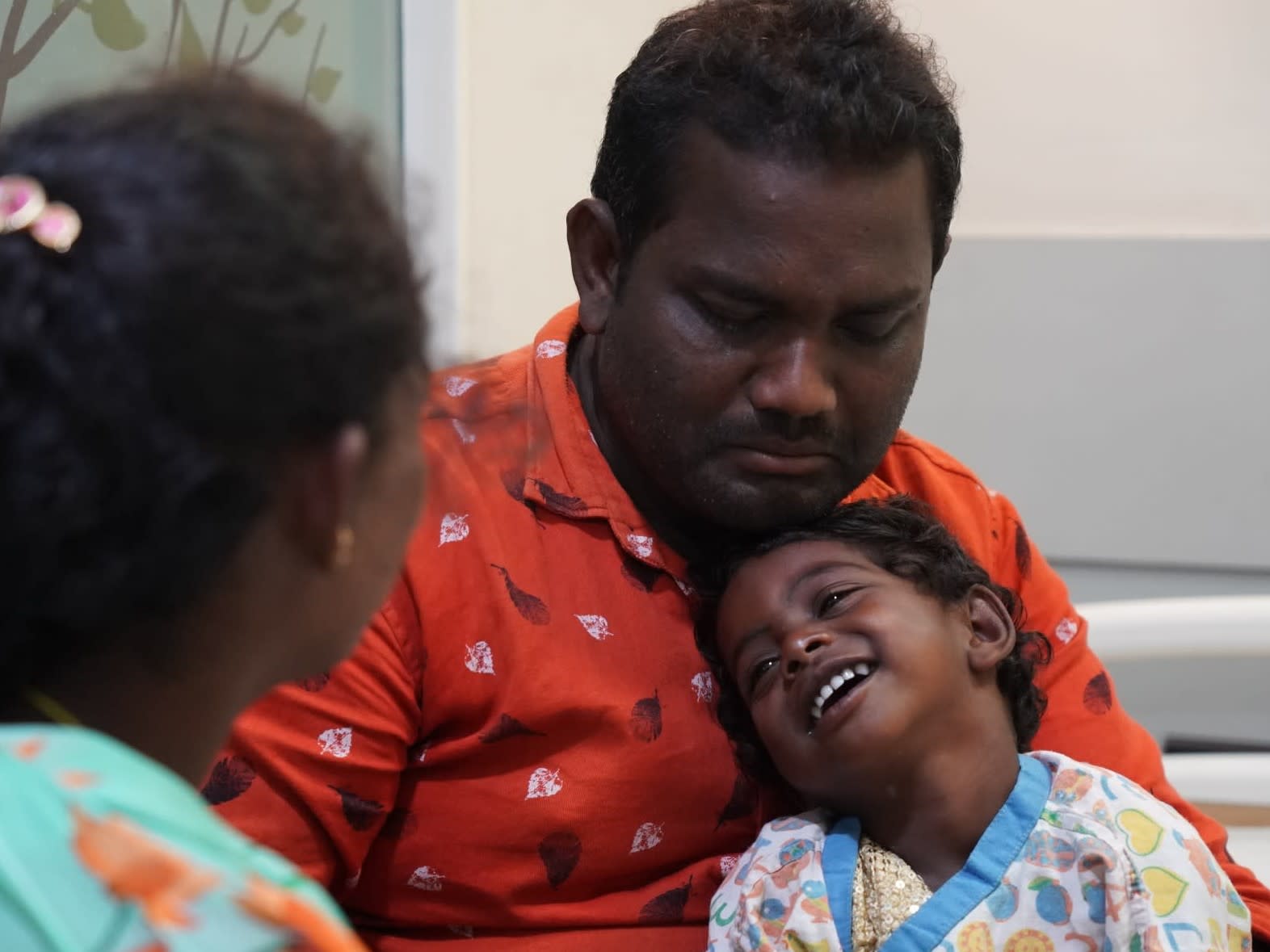 “They told us she was going to die. Can you imagine that? As parents, hearing that your newborn is going to die within a few weeks instead of living a long life, because her tiny heart was too weak? It broke us. Neither of us could stop crying, from the moment we woke to the moment we fell asleep.
It got to a point that we borrowed a smartphone from a relative, so we could take a photo of our angel. We wanted something to remember her by if... if she...” — Lalitha, mother, unable to continue

Sriram and Lalitha had to take a photo of Sankeerthana in case she passed away
Taking a photo of your child just in case he or she passes away is perhaps one of the most horrible experiences any parent could have. Even having to think of such a thing is a tragedy in itself. But such is the situation Sriram and Lalitha found themselves in soon after little Sankeerthana’s birth.

“She was just 7 days old when she started falling sick, too weak to even cry sometimes. We took her to a local doctor and he did some tests and said that there was a hole in her heart! He asked us to take her to the city.”

“To our great relief, Sankeerthana’s condition started improving with whatever medicines the city doctor gave us. For nearly two years everything seemed fine, and we nearly forgot that anything was even the matter with our daughter. But then suddenly, in 2019, she became extremely critical! They said she wouldn’t last without urgent surgery, and I knew I couldn’t afford it. We spent a week thinking we were going to lose our daughter, but then by god’s grace somebody lent me enough money and we got her the surgery. If only that had been the end of her suffering...”

The poor girl needed the hospital 6 times a month

Though the surgery kept her from dying right then and there, by no means did it completely cure her condition. The poor girl still needed to go the hospital at least five to six times a month.

“The doctors had told us that eventually she would need another surgery, the sooner the better. So we started trying to save money, but then the pandemic hit last year and all our plans were foiled. There were days when we didn’t have enough money for food, much less to save, or to even buy her monthly medicines. And now she’s gotten critical again! They're saying she may only have days left without the surgery!”

“I don’t know what to do now. I'm just a construction worker. We’ve run out of time and I have nowhere near enough the amount needed for her final surgery. Please, show my daughter some kindness, please save her life!”