His Father Left Him And His Mother Is Sick,This 8-Year-Old Now Fights Cancer | Milaap
loans added to your basket
Total : 0
Pay Now

His Father Left Him And His Mother Is Sick,This 8-Year-Old Now Fights Cancer 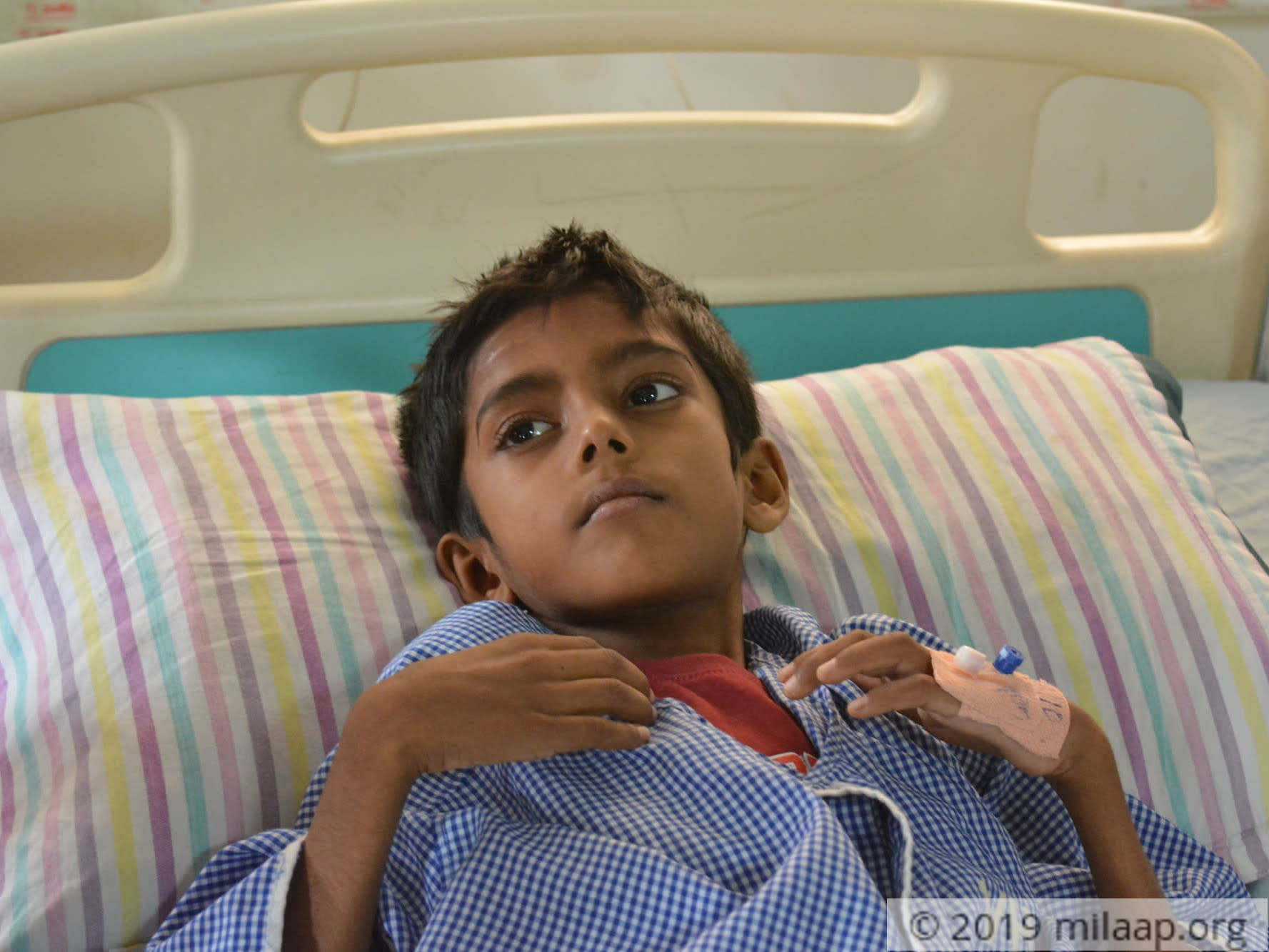 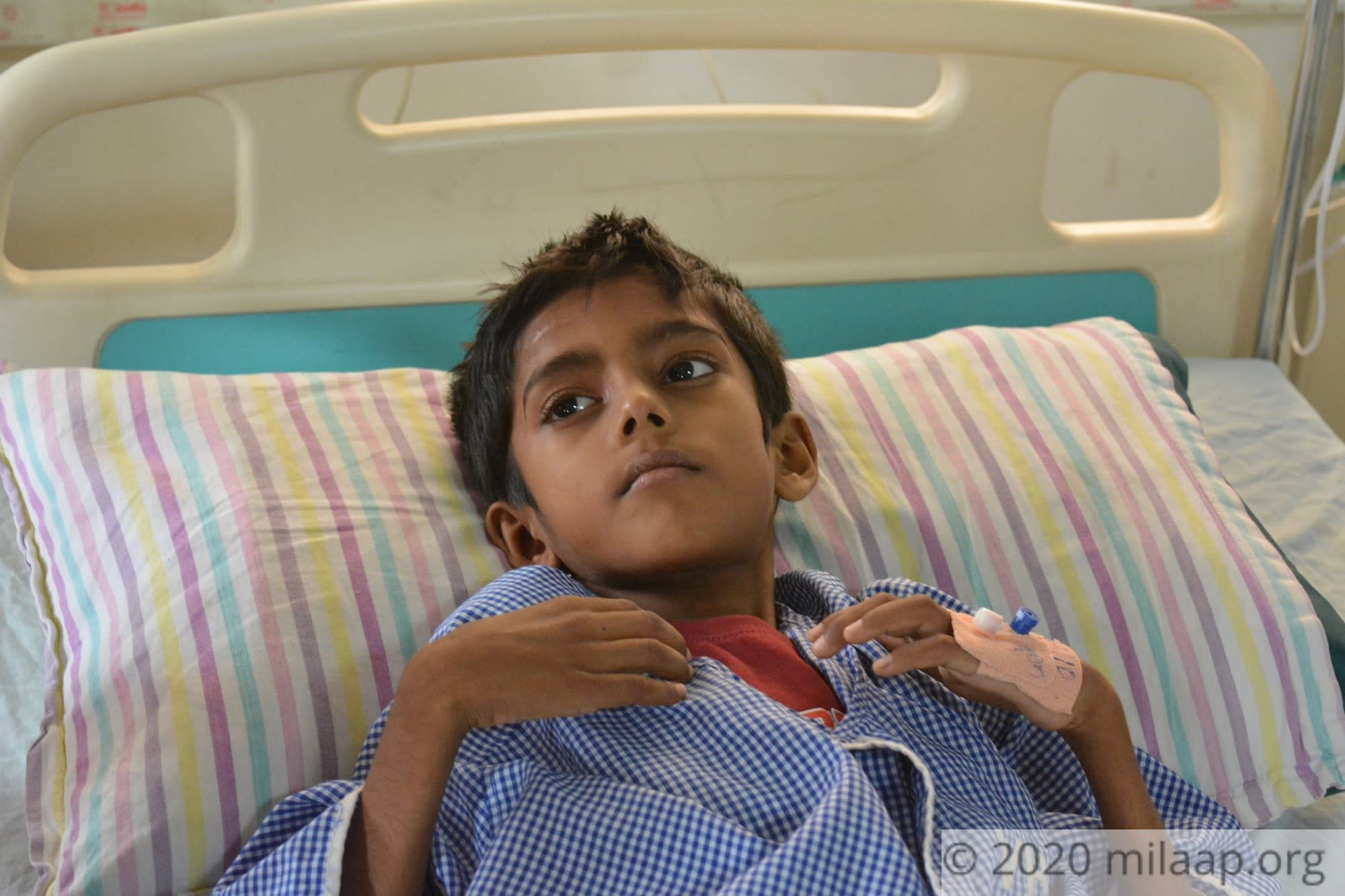 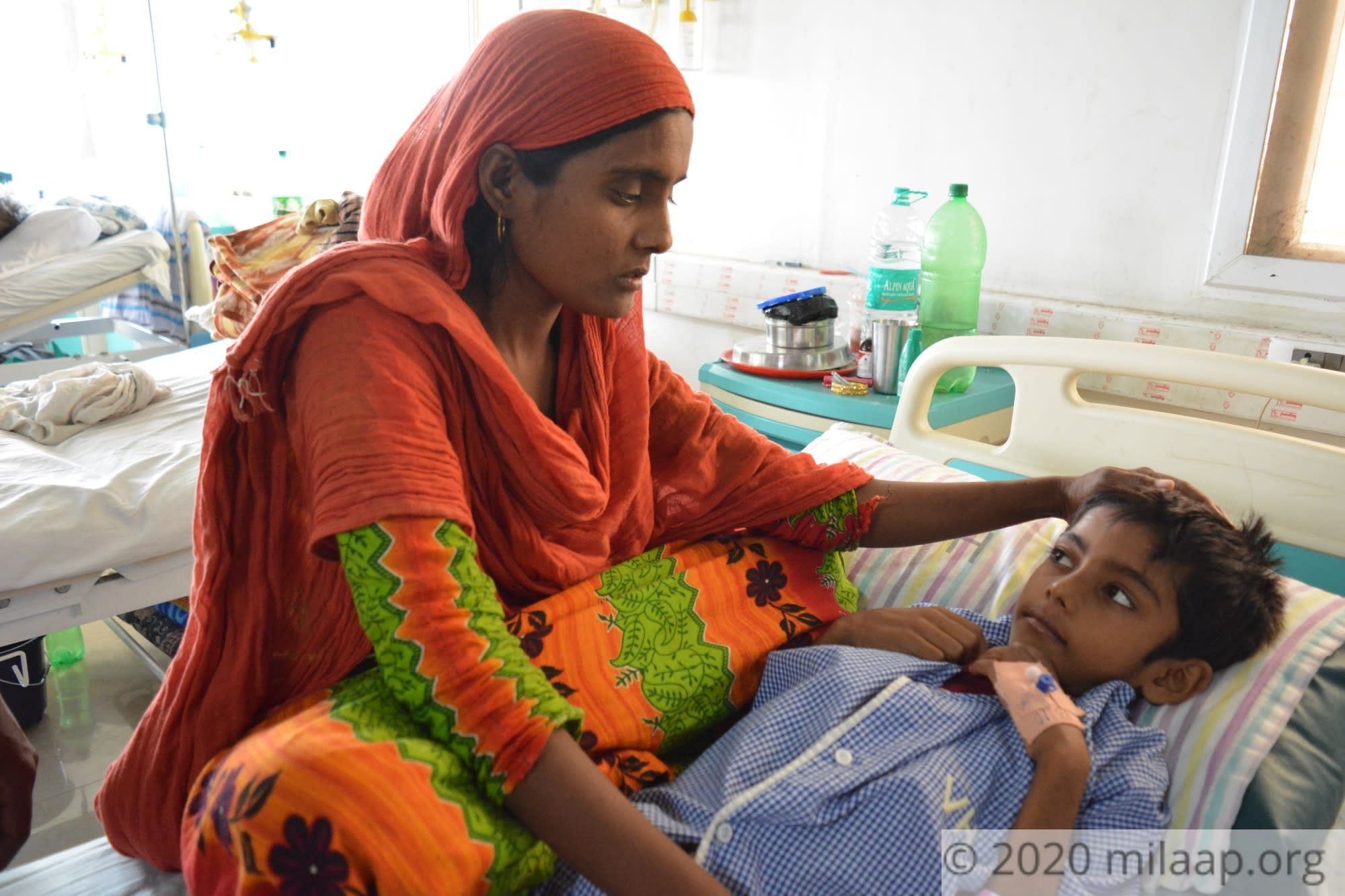 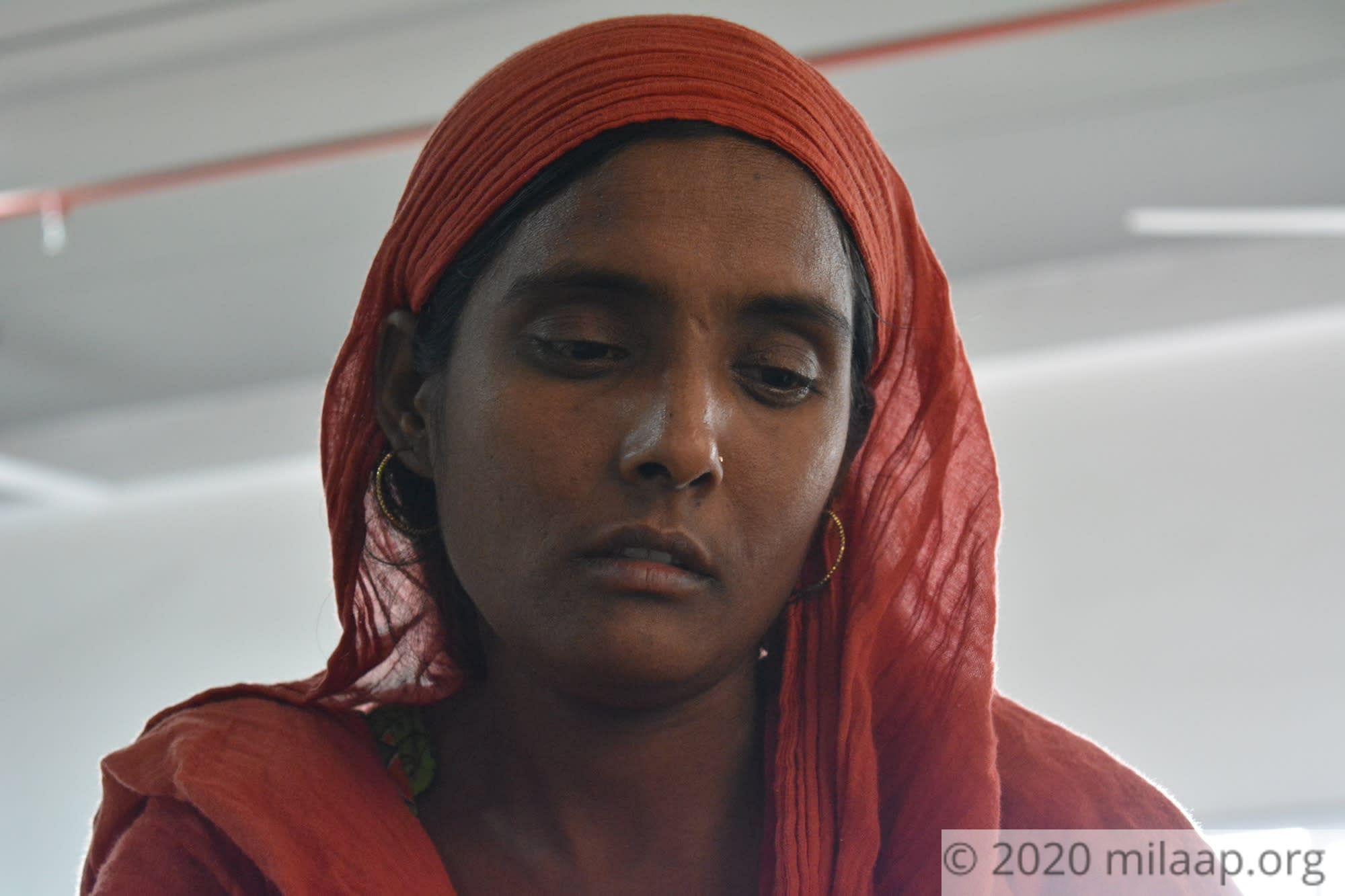 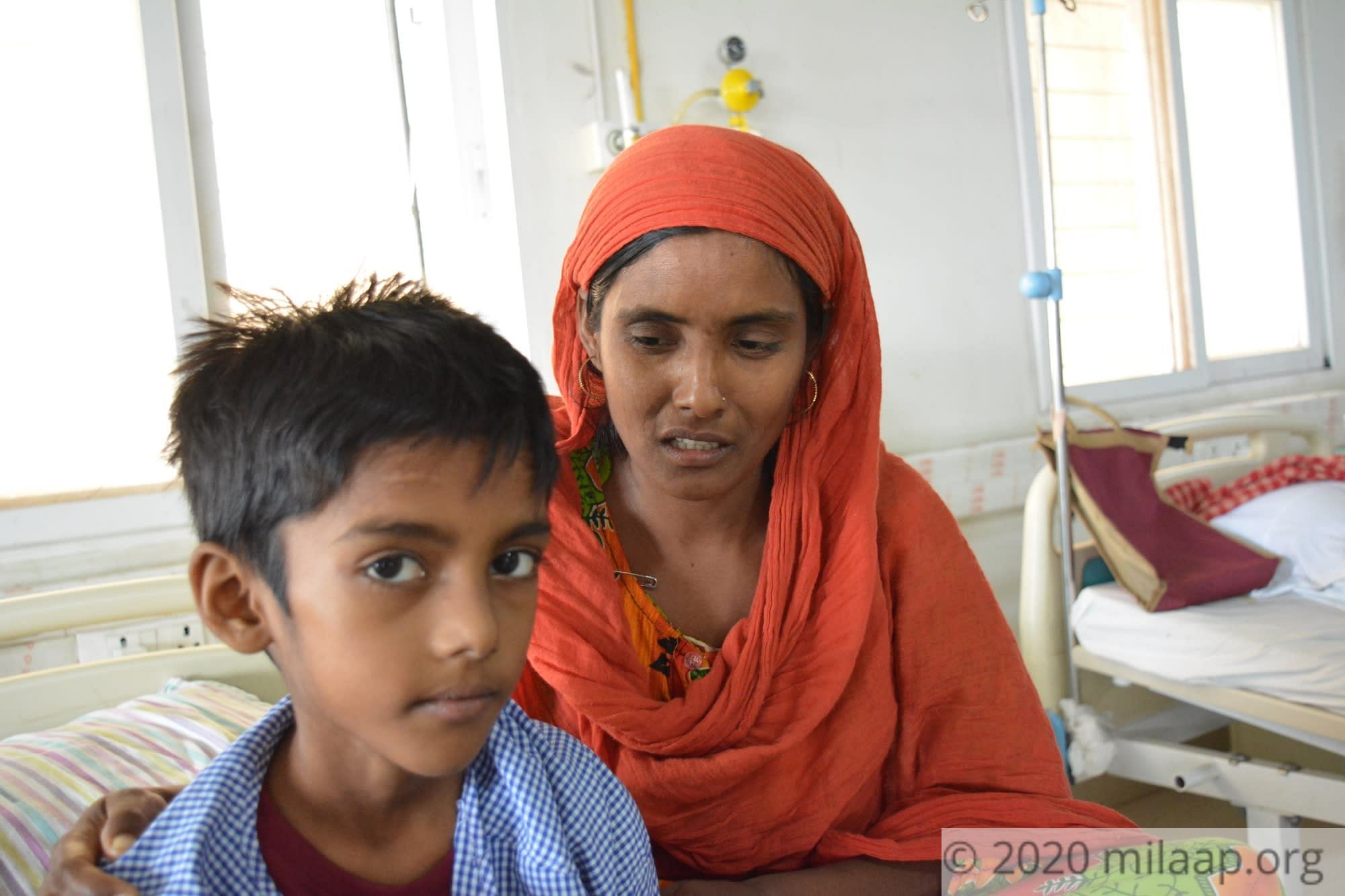 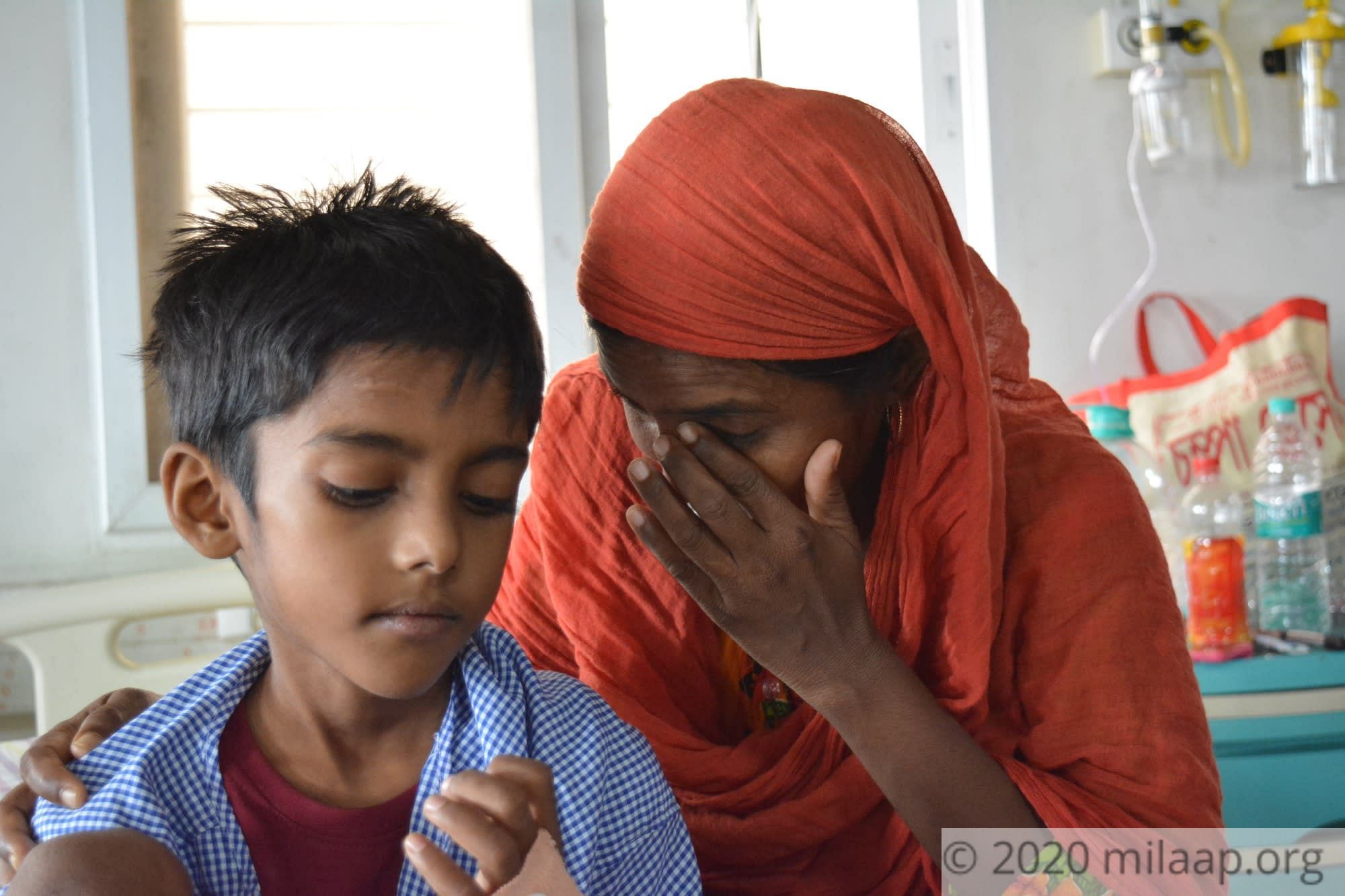 “Why should an 8-year-old have to suffer so much? His father abandoned him when he was just a baby, his mother...she is...she is very sick. There are days when she can't get up from bed, she doesn't remember people, even her own son. People say she is still under the shock of her husband abandoning her. Now, Sajibul is battling cancer. We are all he has but we don’t know if we can afford his treatment,” - Poltu Sheikh, Sajibul’s cousin.

Sajibul couldn’t even sit up on the bed, the pain in his stomach was too much…

Few months ago, when Poltu came to visit his cousin, he noticed that he is very weak. Sajibul couldn’t even get up from his bed. He kept complaining of severe pain in his stomach.

“Parula, my aunt, didn’t know what to do. But I was scared. Sajibul was holding his stomach and crying out. I took him to the local doctors but even the tests didn’t give us any results. Finally, the elders in our village asked me to take him to Kolkata. It was here that we got to know of the cancer,” - Poltu.

Doctors in Kolkata told Poltu to take him to Bangalore and so for the past two months, they are in an alien city, doing everything they can to save Sajibul.

We don’t have a choice now, we have to go back home without getting Sajibul treated

Sajibul’s father, Safiyul had left them when Sajibul was very small. The 8-year-old doesn’t have any memories of his father. Truth be told, he is not very close to his mother either. She is there beside him in the hospital but he doesn’t talk to her much.

“We are his only family. When I got to know that he has cancer, I called his father to tell him. He didn't care. He said he won’t be able to help. I regretted calling him but I was determined to save Sajibul,” - Poltu.

Sajibul's mother, Parula, feels helpless. She doesn't understand what she can do to help her son who is in so much pain
At that time, Poltu had no idea about the cost of the treatment. He is a mason in Gujarat and earns just about enough to support his family. Despite his difficulties, he managed to pay around 2 lakhs for Sajibul’s treatment.

“I mortgaged my land and borrowed from my relatives. That’s how I got this much money. But now they’re telling me that we would need about 10 lakhs. How can I arrange for so much all alone?” - Poltu.

Sajibul is in a lot of pain. He misses home too. But he doesn’t know that without treatment he can’t go back home. Poltu is trying his best to save his brother. He has left his newly-wedded wife back at home so that he can look after Sajibul. A small contribution from your side can help this family in the time of their distress. 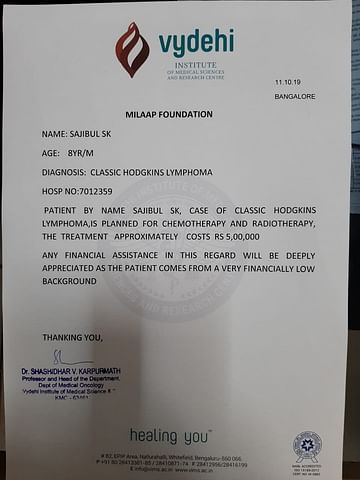 Click here to know more about Sajibul
Donate now
OR
Click here to read the instructions before you make a bank transfer.

Donated to this campaign via Bank transfer/QR Code? Click here if you can’t find your donation listed below.
m
milaaphiranfunds donated $2,292.67

May God bless the little one

God bless you.. lots of love

God is compassionate...He wil bring you back home