His Severely Bent Spine Can Leave Him Bedridden For Life | Milaap
loans added to your basket
Total : 0
Pay Now

His Severely Bent Spine Can Leave Him Bedridden For Life 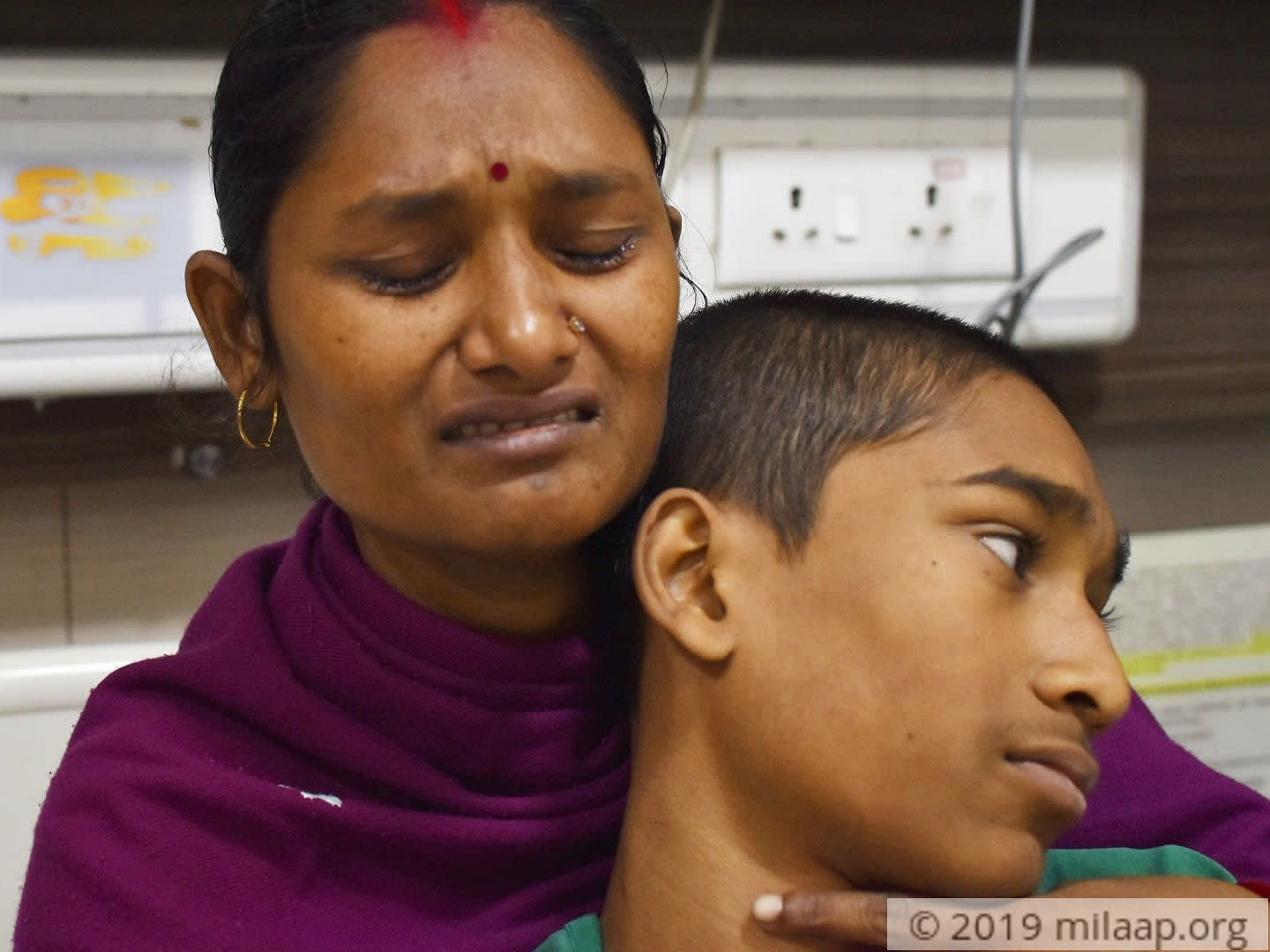 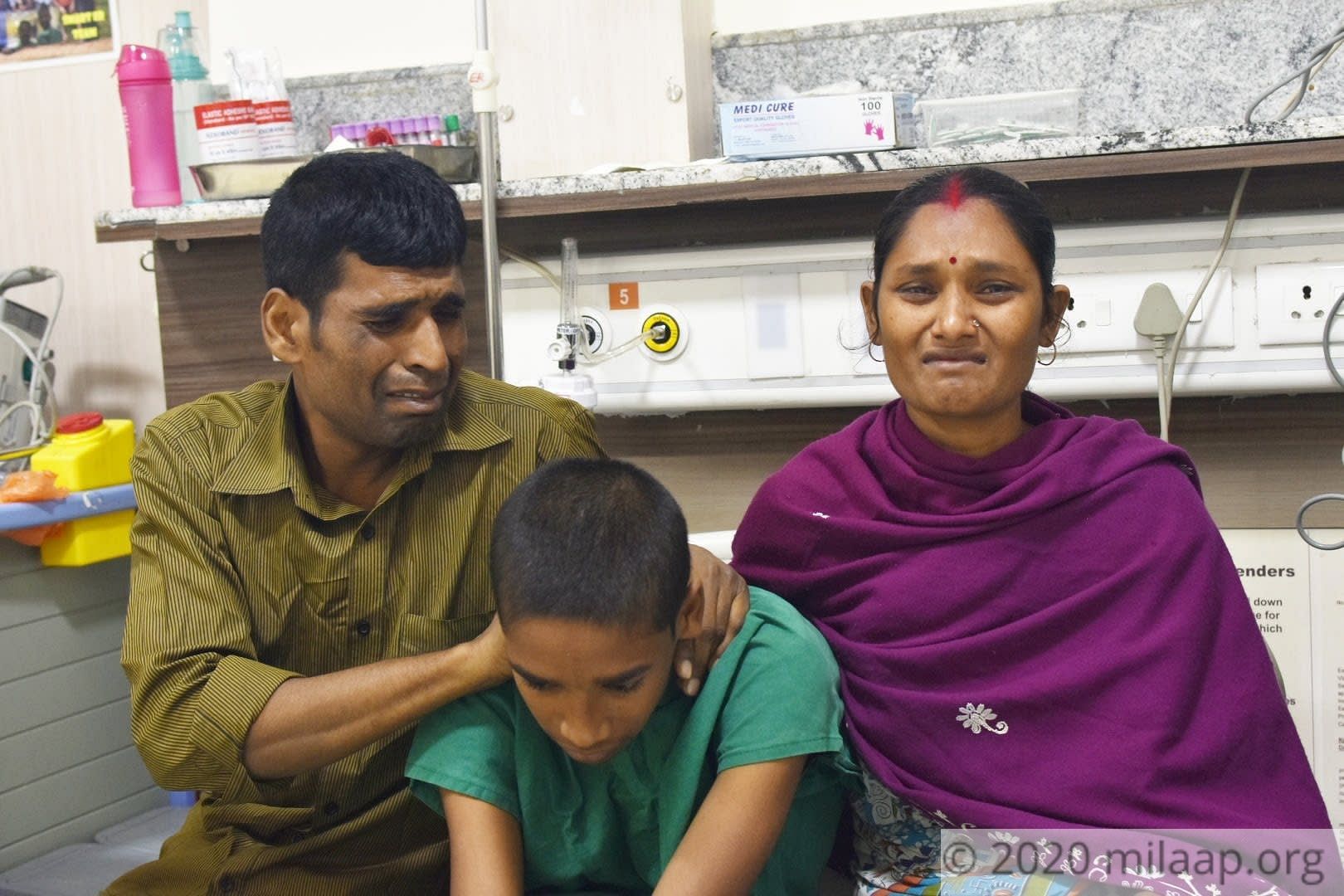 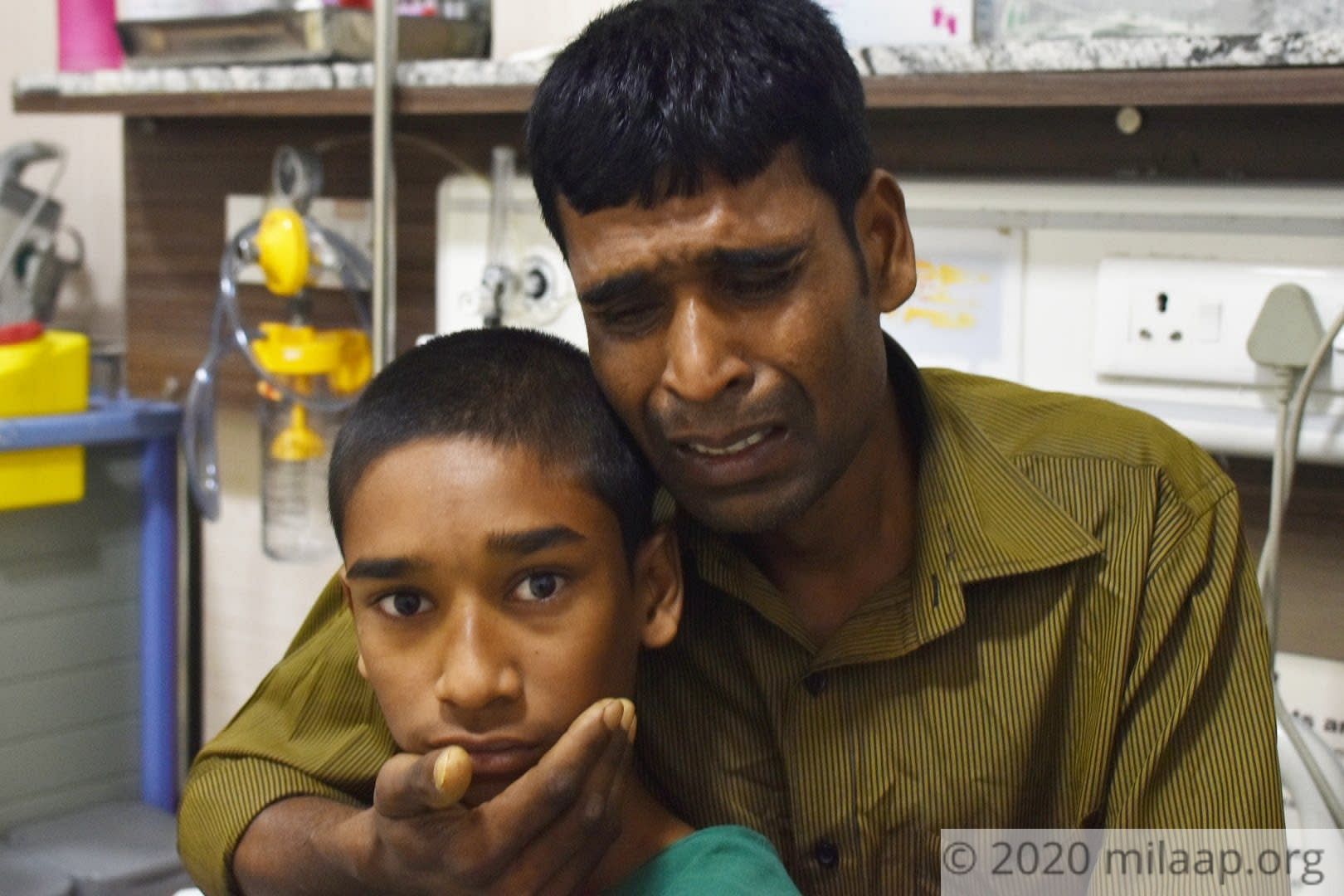 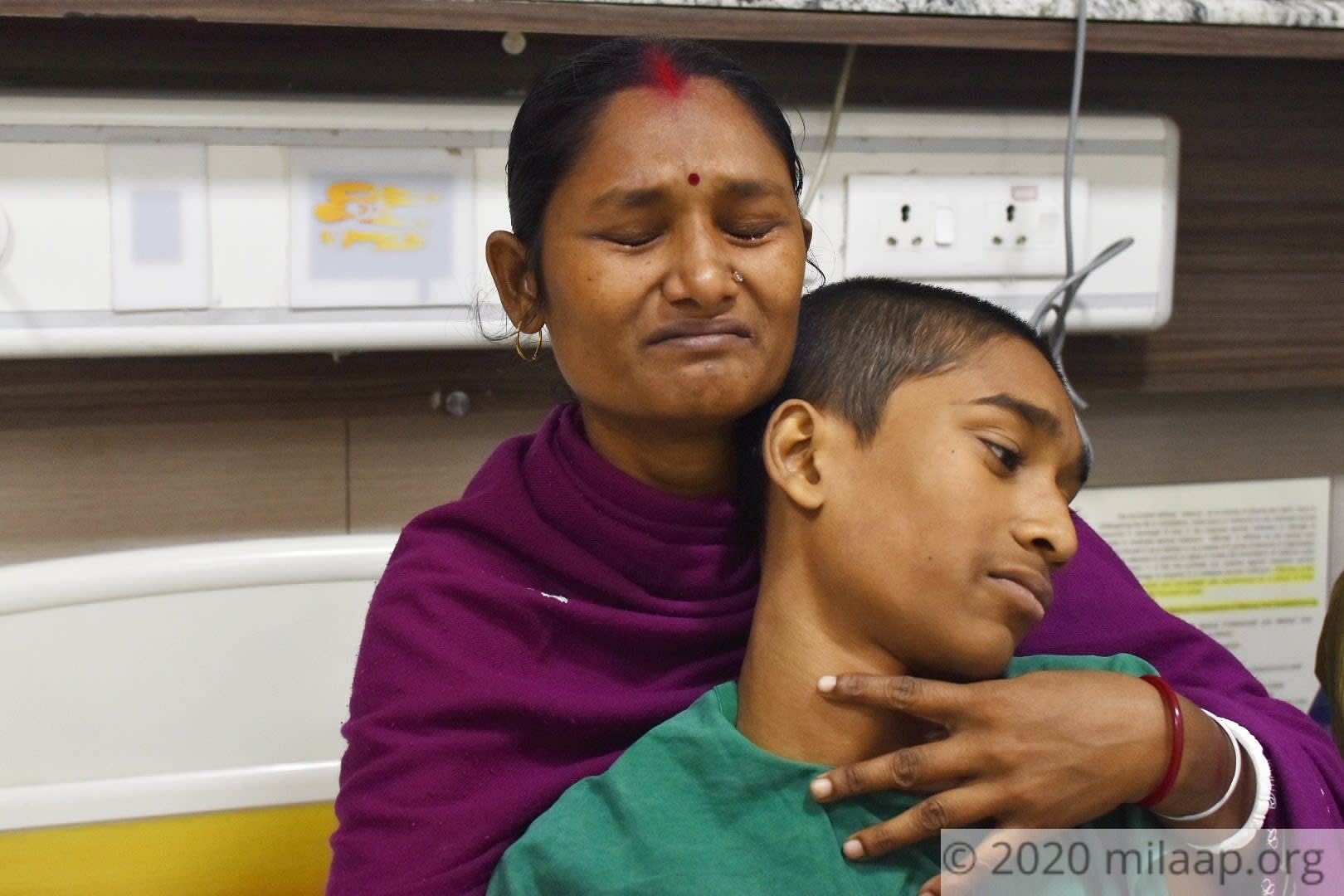 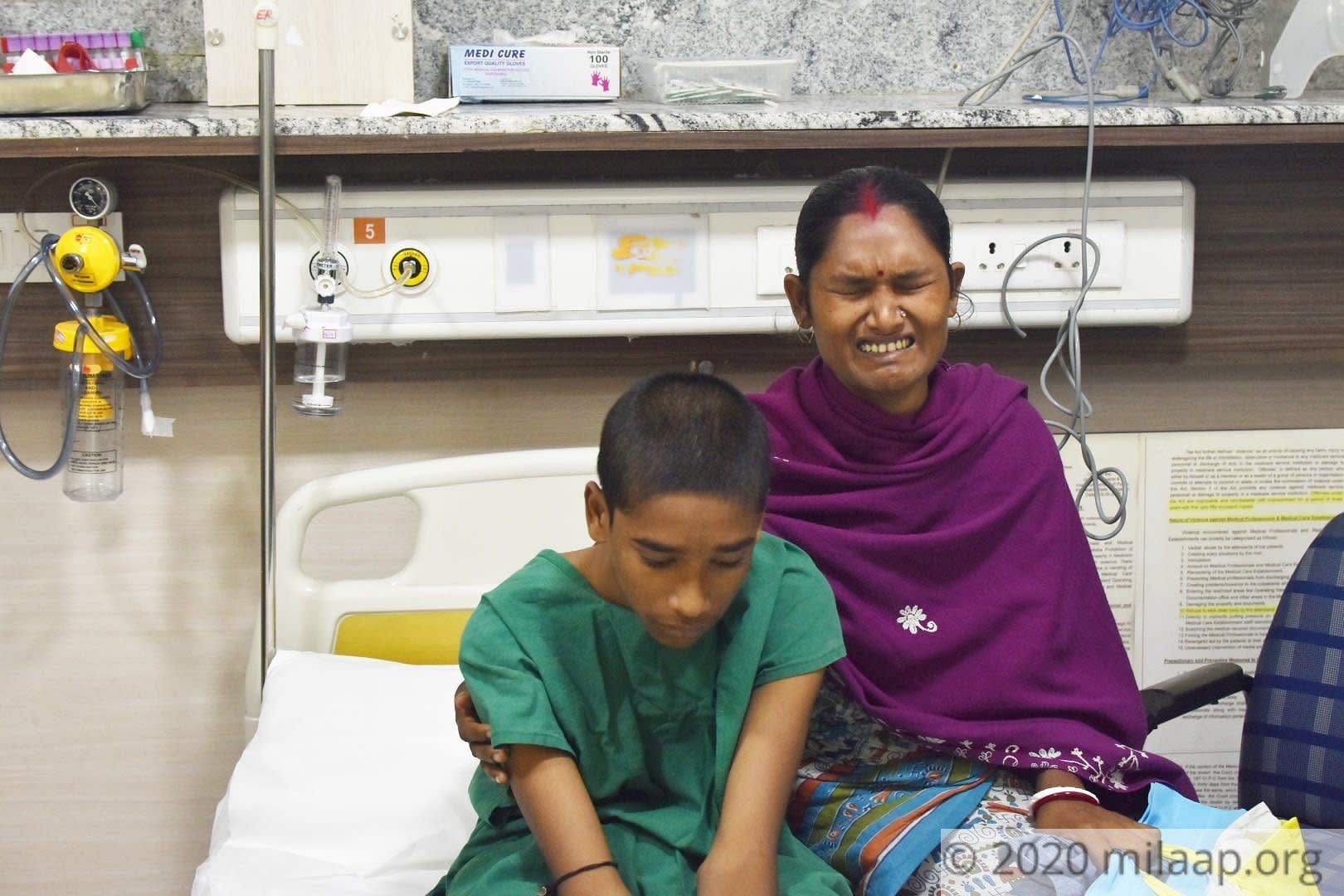 "I used to scold him for bending his back while he was sitting. That time, I used to think he is doing it purposely but little did I know that he didn't have any control over it. How would I think, that at the age of 7, my son's spine was getting deformed and even if he wanted, he couldn't sit straight? Now he is 14 years old and if we don't get his surgery done immediately, he might be bed-ridden for life."- Chandana, mother.

When Sajal was 7 years old, his spine had started bulging from behind. His shoulders slouched because the nerves around it couldn't handle the pressure. Slowly, when his spine started taking a 'S' shaped curve, the doctors declared it to be a case of Adolescent Idiopathic Scoliosis.

Since childhood, life hasn't been easy for Sajal. Seeing kids of his age do every normal activity effortlessly, took a toll on him mentally. Sometimes, he had to call his parents to feed him, take him to a place or adjust his belt even.

"The doctors very clearly warned us how every year his spine will keep bending. When he was a kid, he could manage it with just a brace (supportive belt) but now he is a teenager and the pressure on his spine has intensified. Surgery is the only way now but how do I get 5 lakhs for it when I earn just Rs.100-150 daily working as a farmer ?"- Sanjay, father.

It took Sanjay all his savings and gold to be able to consult the doctors and afford Sajal's physiotherapy. Now there is nothing left with him that he can sell to get money for Sajal's treatment. He is hoping for just one miracle to save him from this dark time.


Apart from Sajal's condition, Sanjay's seasonal employment has been already distressing his family. Some days he has work and some days he just doesn't. With 3 kids and a wife to look after, Sanjay is praying to God for just one miracle to help him out of this dark time. Seeing his son lose hope every passing day in front of his eyes is making him question his ability as a father to take care of them.

All he needs is a little help to be able to save his son. Please help him. 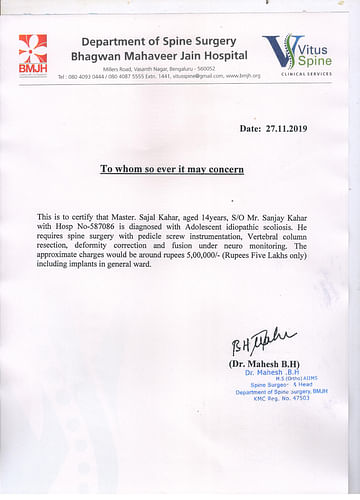 Click here to know more about Sajal
Donate now
OR
Click here to read the instructions before you make a bank transfer.