This 3-Year-Old Has Been Unconscious In The ICU For 10 Days Now, His Father Begs For Your Help | Milaap
loans added to your basket
Total : 0
Pay Now

N
You are sending a message to
Nikhil
Go back

This 3-Year-Old Has Been Unconscious In The ICU For 10 Days Now, His Father Begs For Your Help 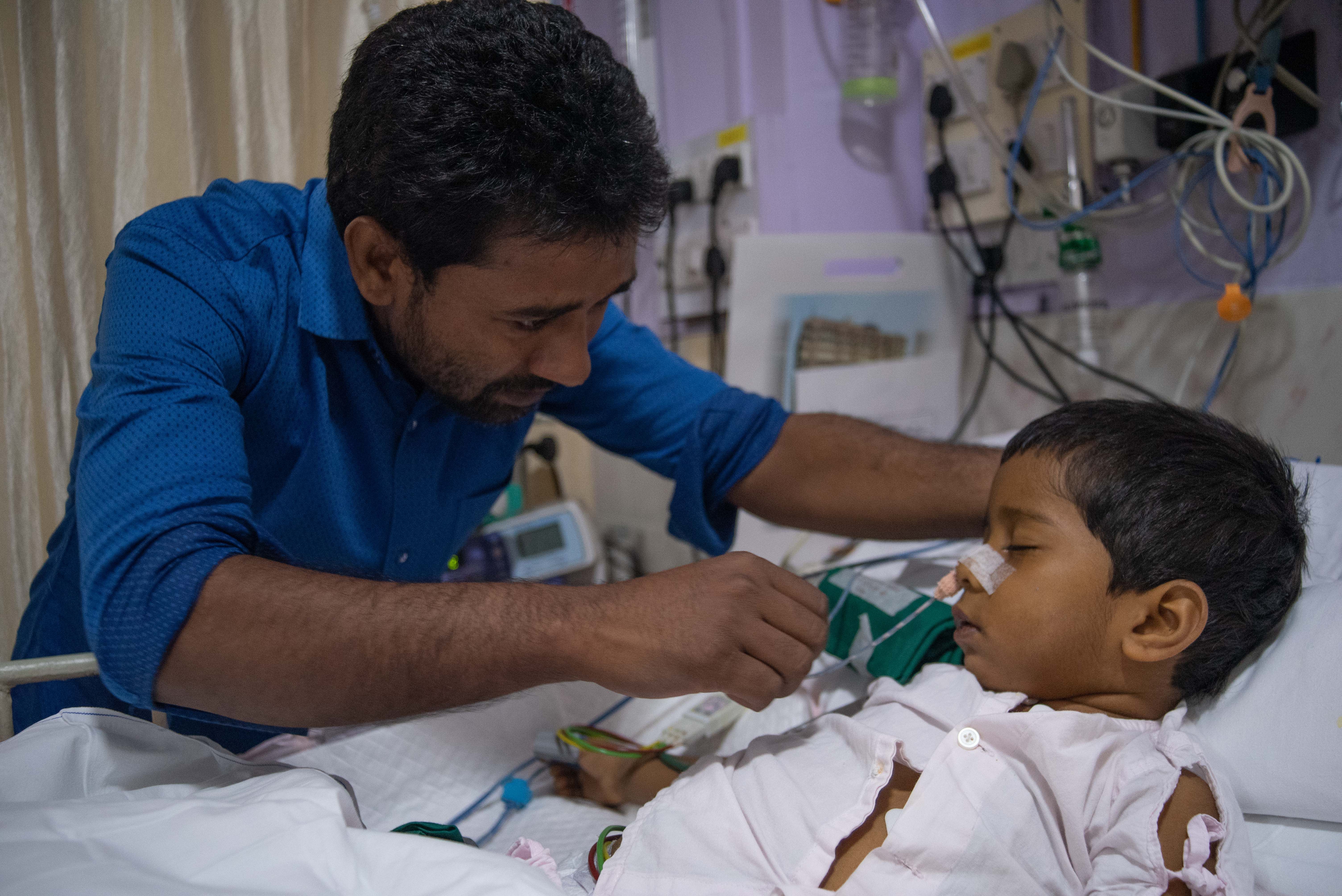 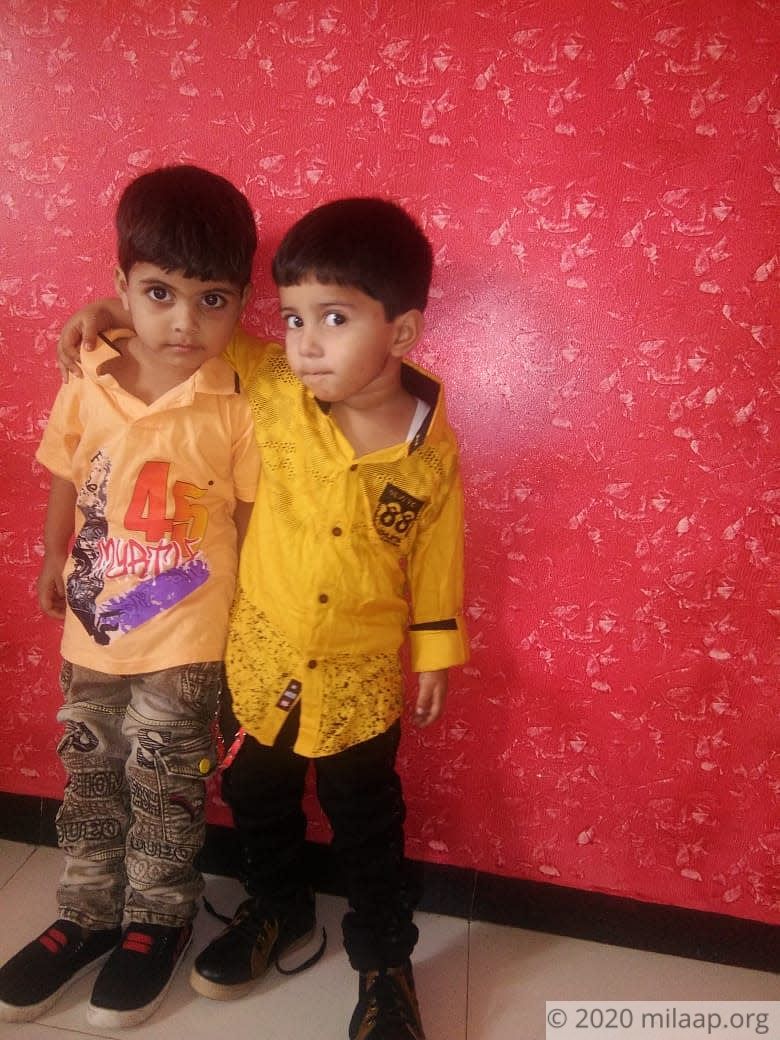 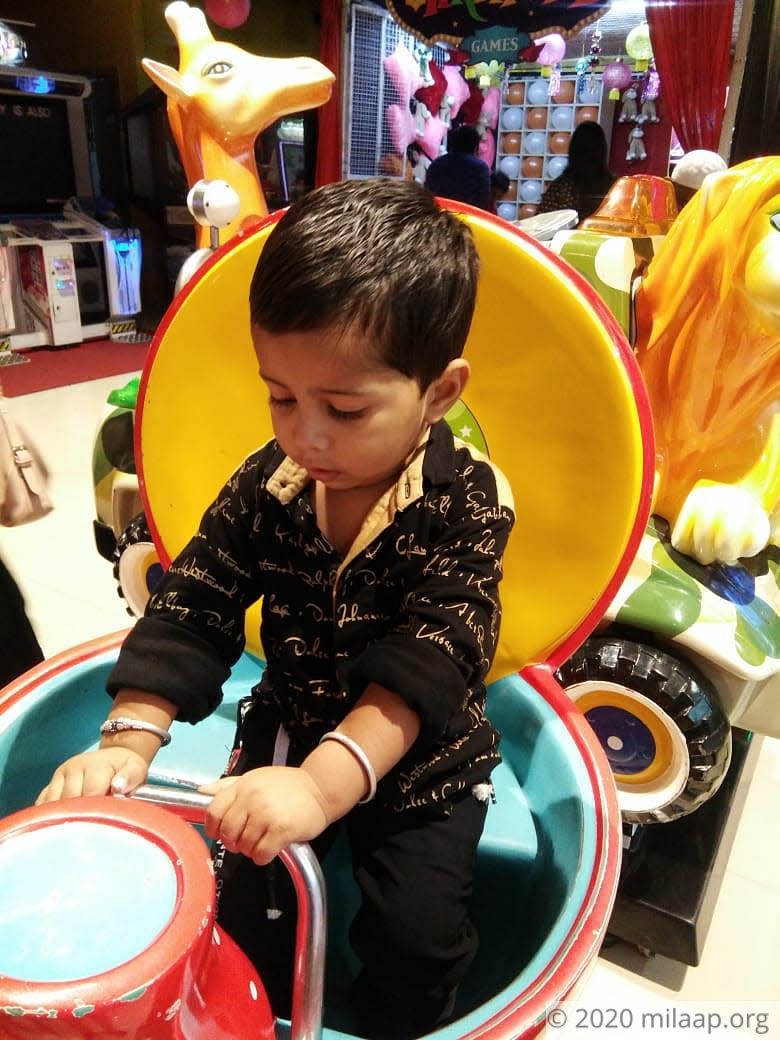 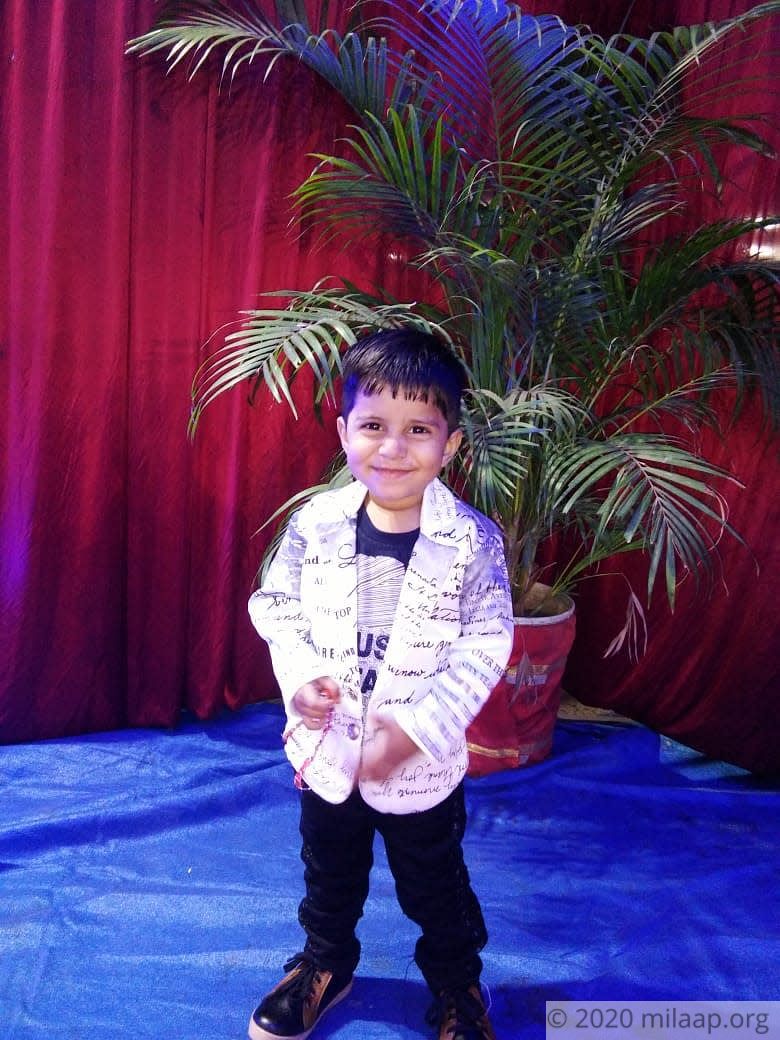 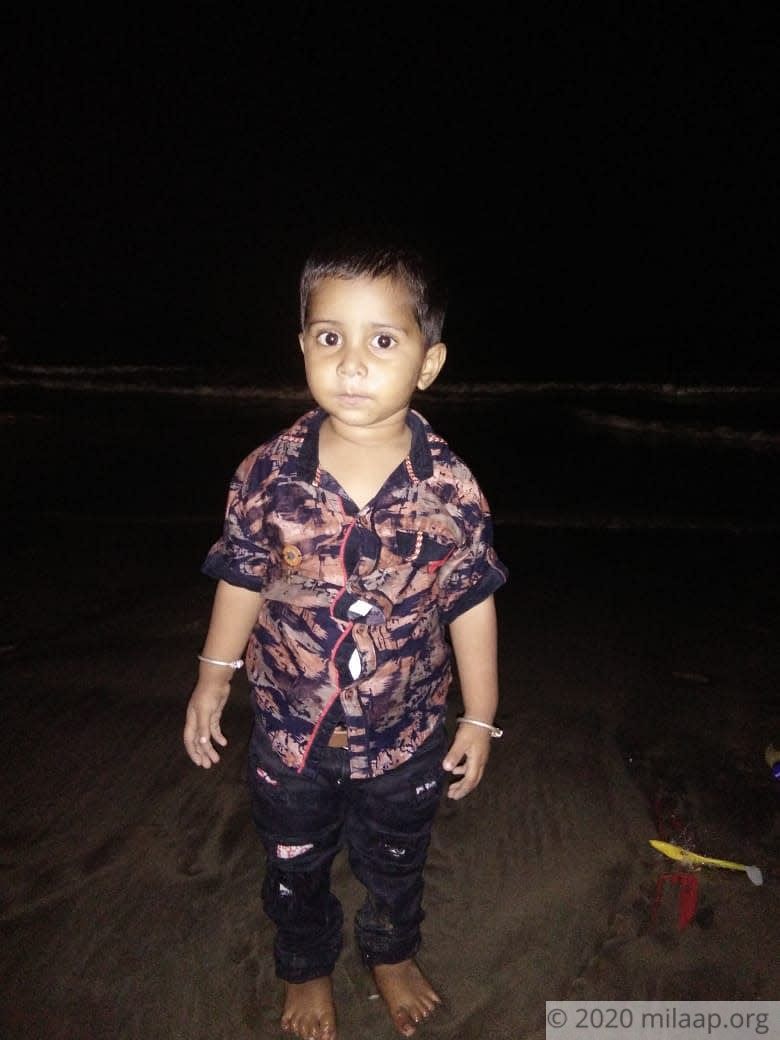 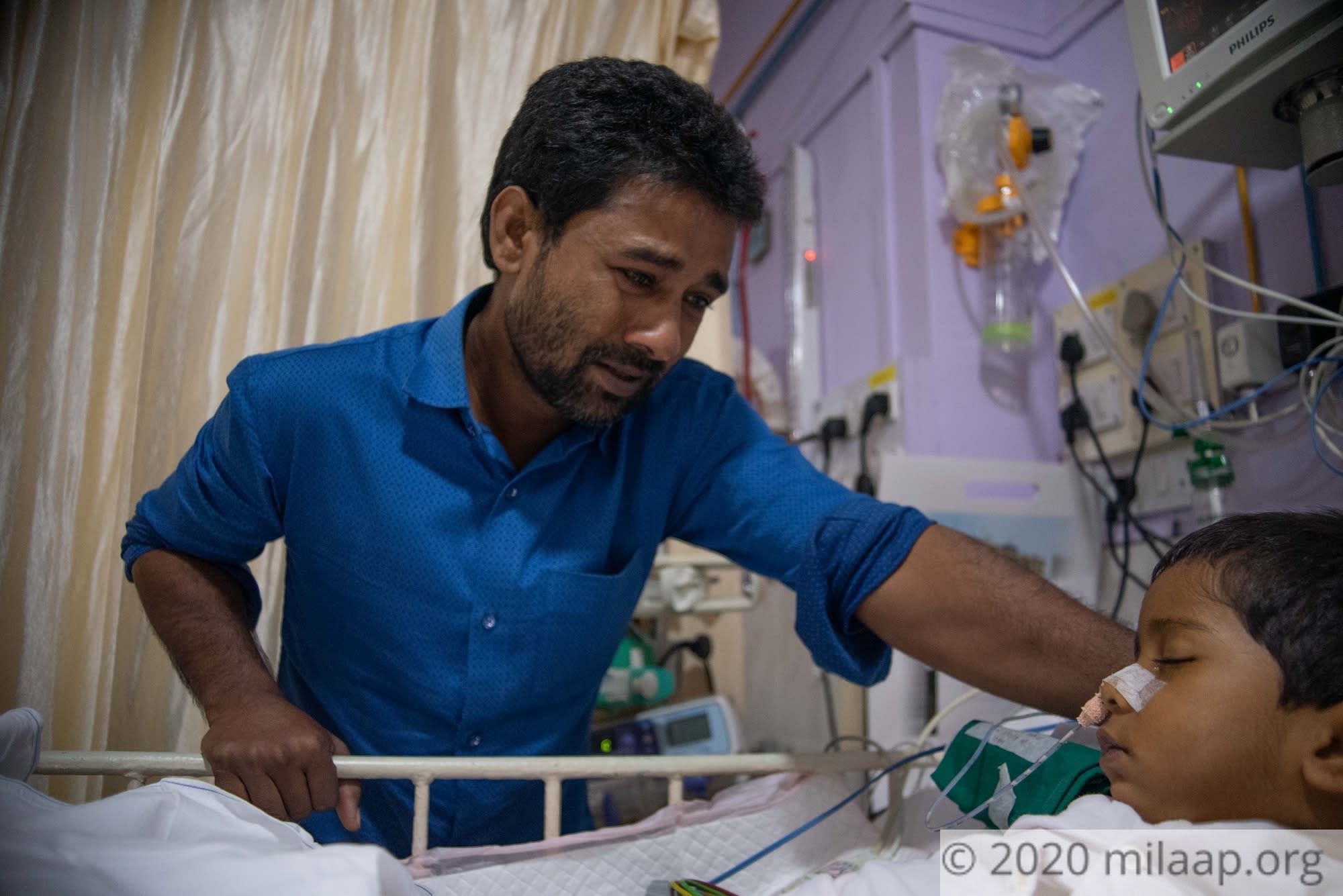 “It's been 10 days since Sadaan has woken up. He’s so critical. His liver has completely failed and the doctors are saying that slowly his brain is getting affected too. He needs to stay in the ICU but I have nothing left. I’ve just had a simple dream of putting my kids through school because I didn’t get the chance to study. I eat 2 rotis less but I make sure I saved for him and now, I’ve given everything to save him. I’ve never cried so much.” – Irshad, Sadaan’s father

3-year old Sadaan's liver failed all of a sudden around 2 weeks ago. He’s battling for his life in the ICU, where he’s been unconscious for 10 days. His father, Irshad, can’t hold back his tears because Sadaan isn’t responding to him and he’s running out of time to save him. His condition is getting worse with each passing day. Irshad is a carpenter in Mumbai but he simply can’t afford his treatment.

Sadaan's disease made him violent, his parents were shocked

“He was fine a few weeks ago, he would play and eat but he started getting very yellow all of a sudden. He was diagnosed with jaundice and he was also admitted in the hospital in our village. But he became so critical there. He couldn’t even move and his stomach was swollen. We had to rush him to Mumbai. In the first hospital, his condition became worse. Soon, he just lost all control on his actions– he got very angry, he would bite us and he wouldn’t even remember us. It was so horrific.”

They told us he won't make it, but he fought hard

3-year-old Sadaan’s liver deteriorated so quickly that he suddenly lost consciousness. His condition is so critical that his brain has suffered some damage too.

“When his condition worsened, his stomach continued to swell. He wasn’t getting the medical attention he needed so we brought him to a better hospital at 1 am in the night.  When we first got him to Mumbai, the doctors said that he had only 10% chances of survival but he has fought hard. There is still hope but I just don’t have anything.”

Irshad Can’t Save Sadaan Without Your Help

“I’m a carpenter. On good months, I earn around Rs. 12,000 and there have been many months where I earn much lesser. I have borrowed over Rs. 2.5 lakh and I have no idea how I will pay everyone back. For treatments, we have even sold all of Fatema’s (Sadaan's mother) jewellery. She is so depressed because of Sadaan’s condition – she doesn’t eat or even speak a word. We have a 2-month old daughter to take care of too. I have no savings left, I really want to save Sadaan. He’s such a smart and playful child. I just want him to wake up."

3-year-old Sadaan can’t survive without further ICU case which costs around Rs. 10-12 lakh. Irshad has already provided around Rs. 2.5 lakh after borrowing and selling whatever they had. Only your help can keep his son alive. Please consider supporting him through your kind donations. 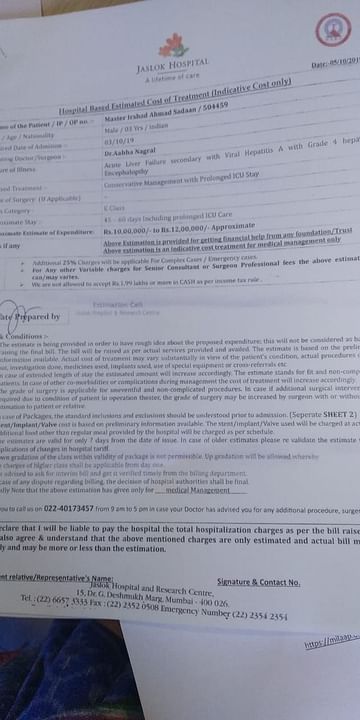 Kid, you will surpass your father legacy

Kid, you will surpass your father legacy

We hope this small amount helps Sadaan. God bless him.