5-Year-Old Will Be Completely Paralysed If His Parents Are Forced To Stop The Treatment | Milaap
loans added to your basket
Total : 0
Pay Now 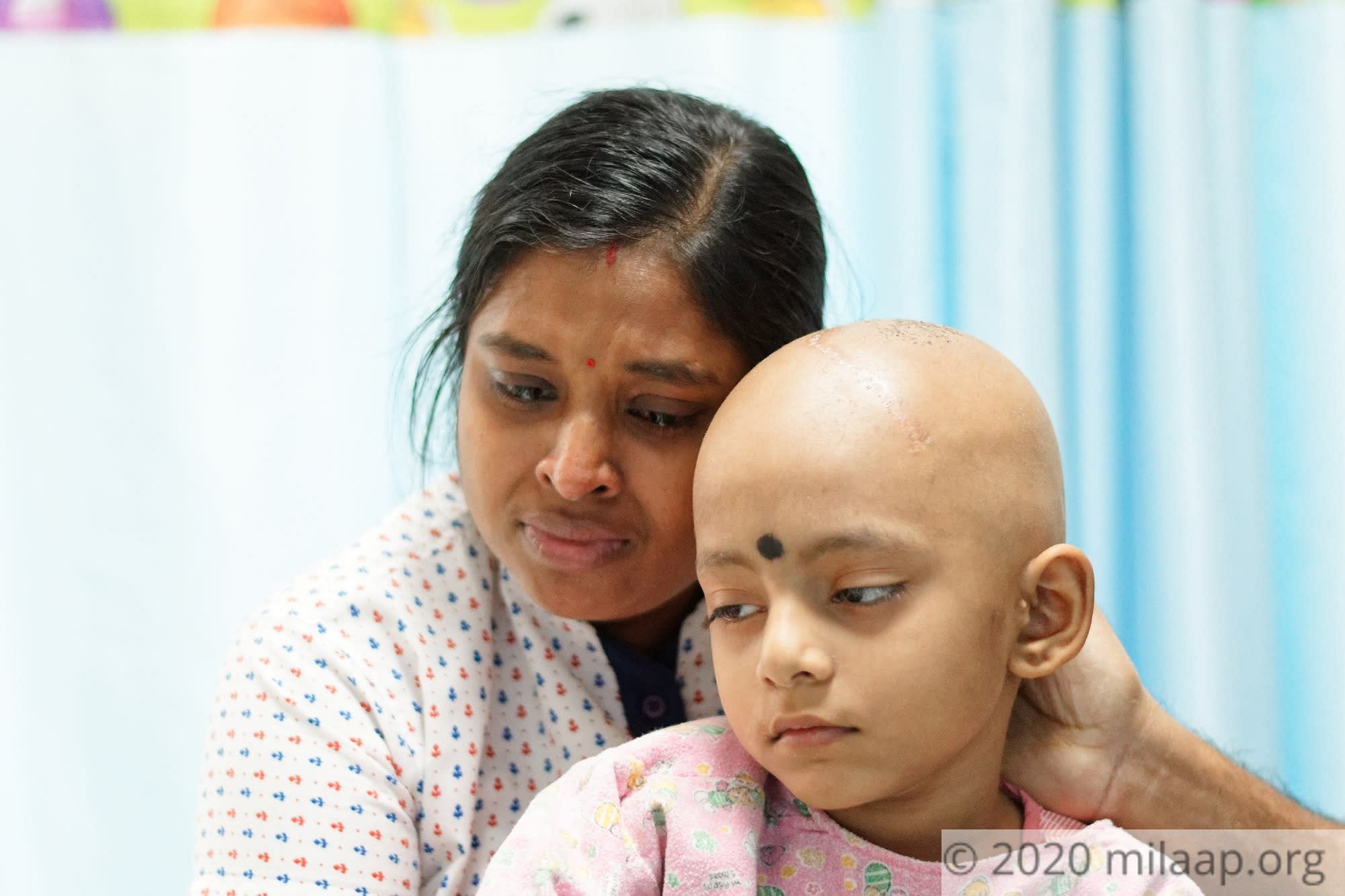 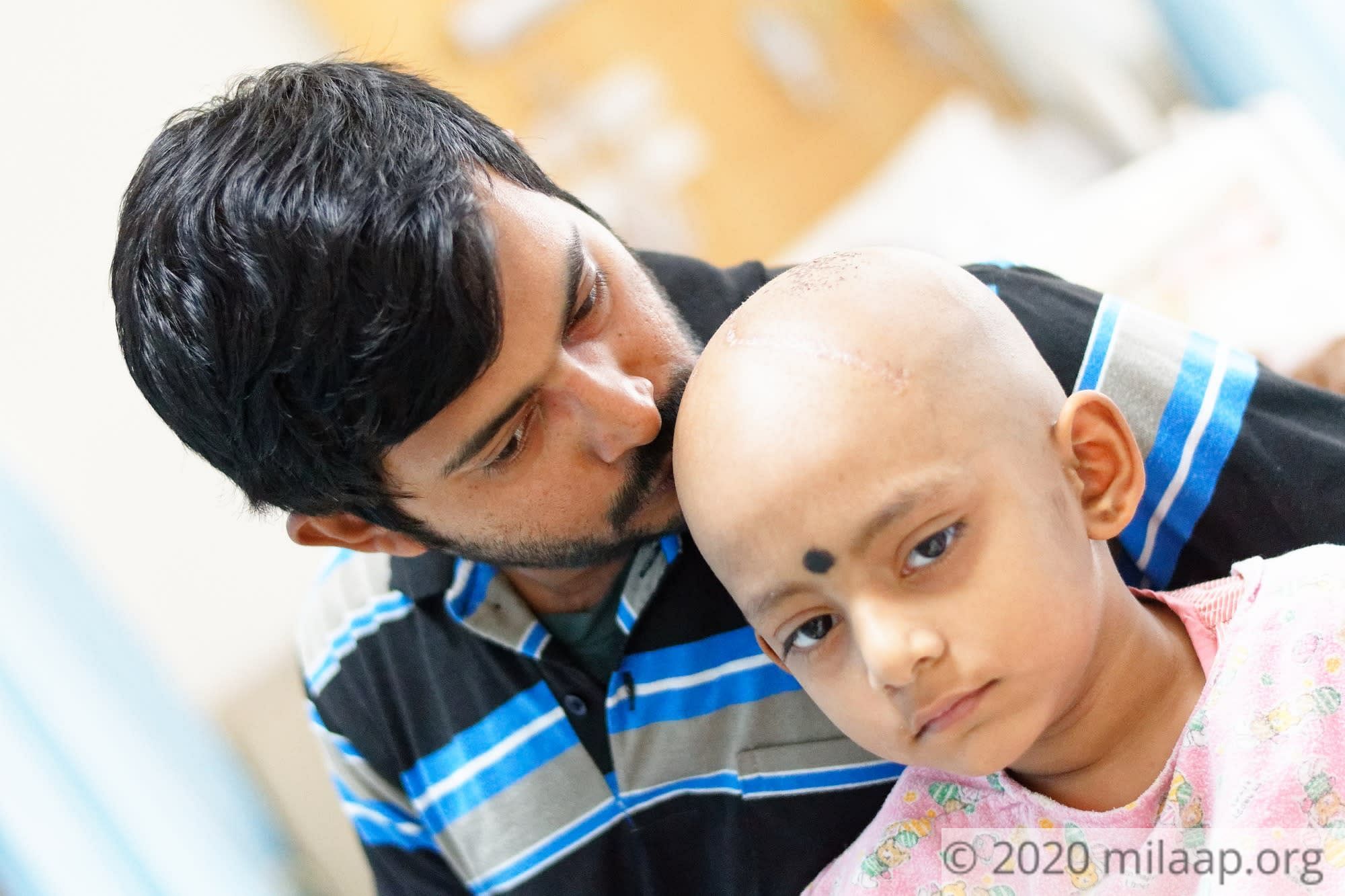 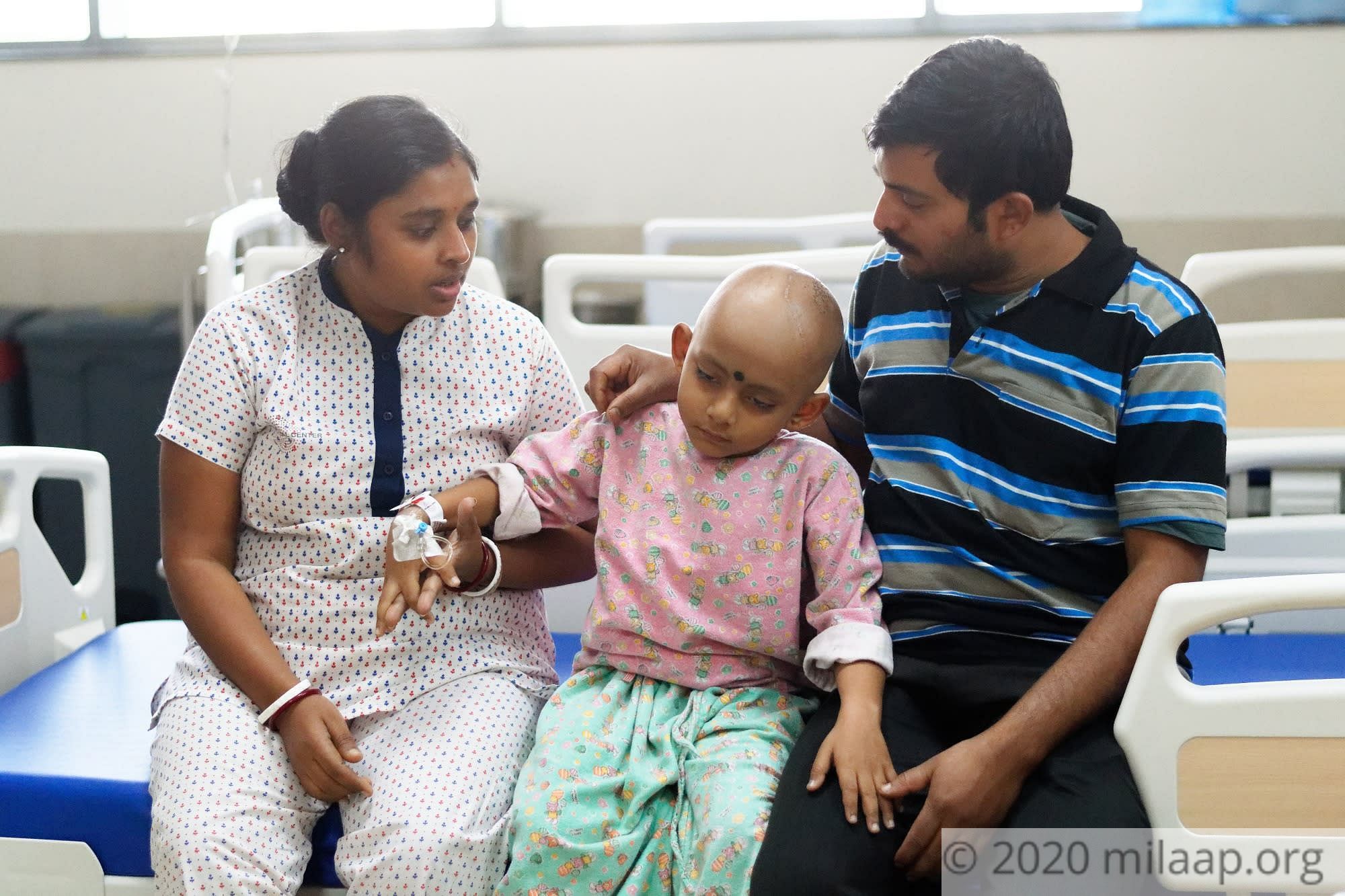 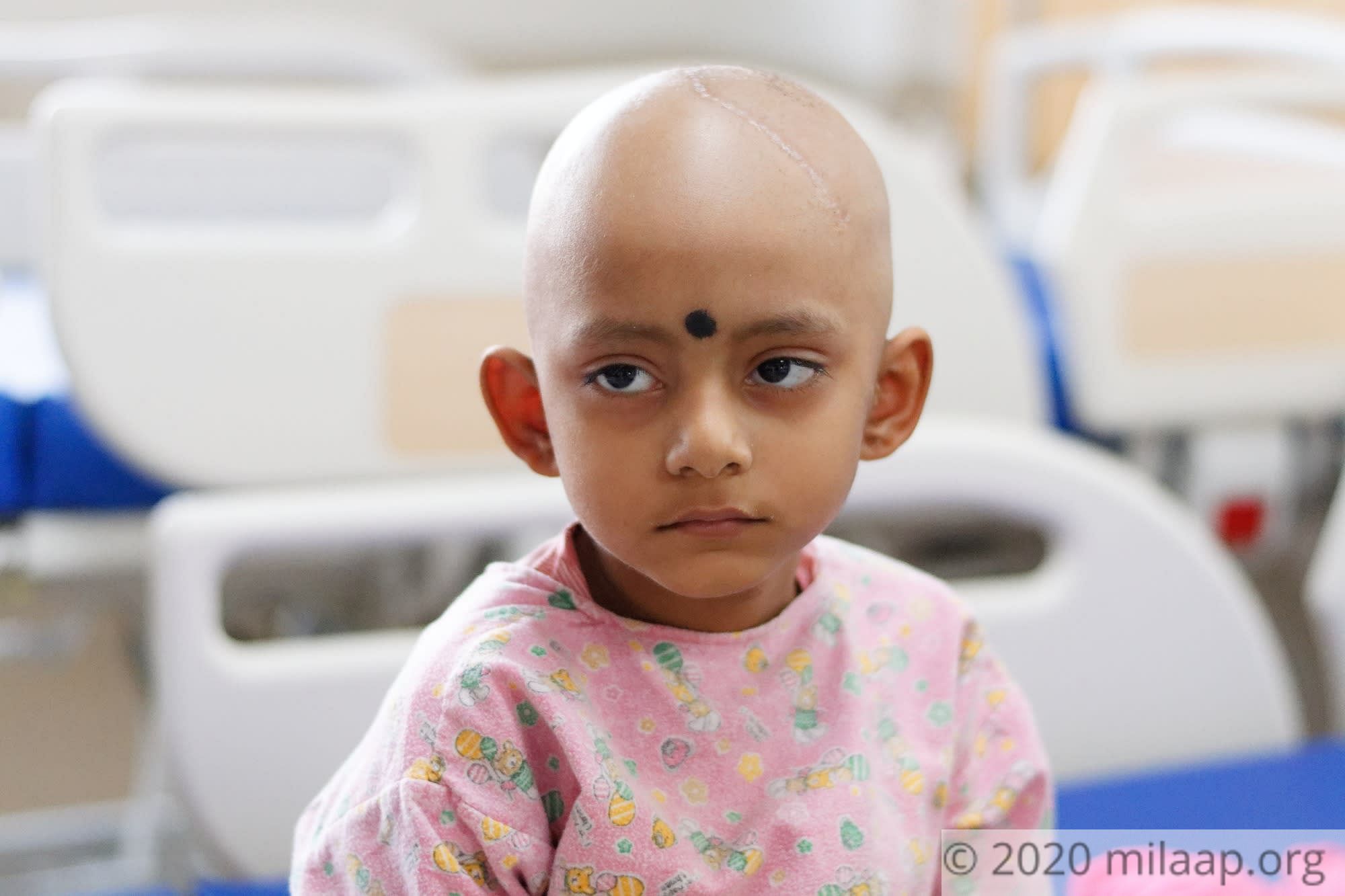 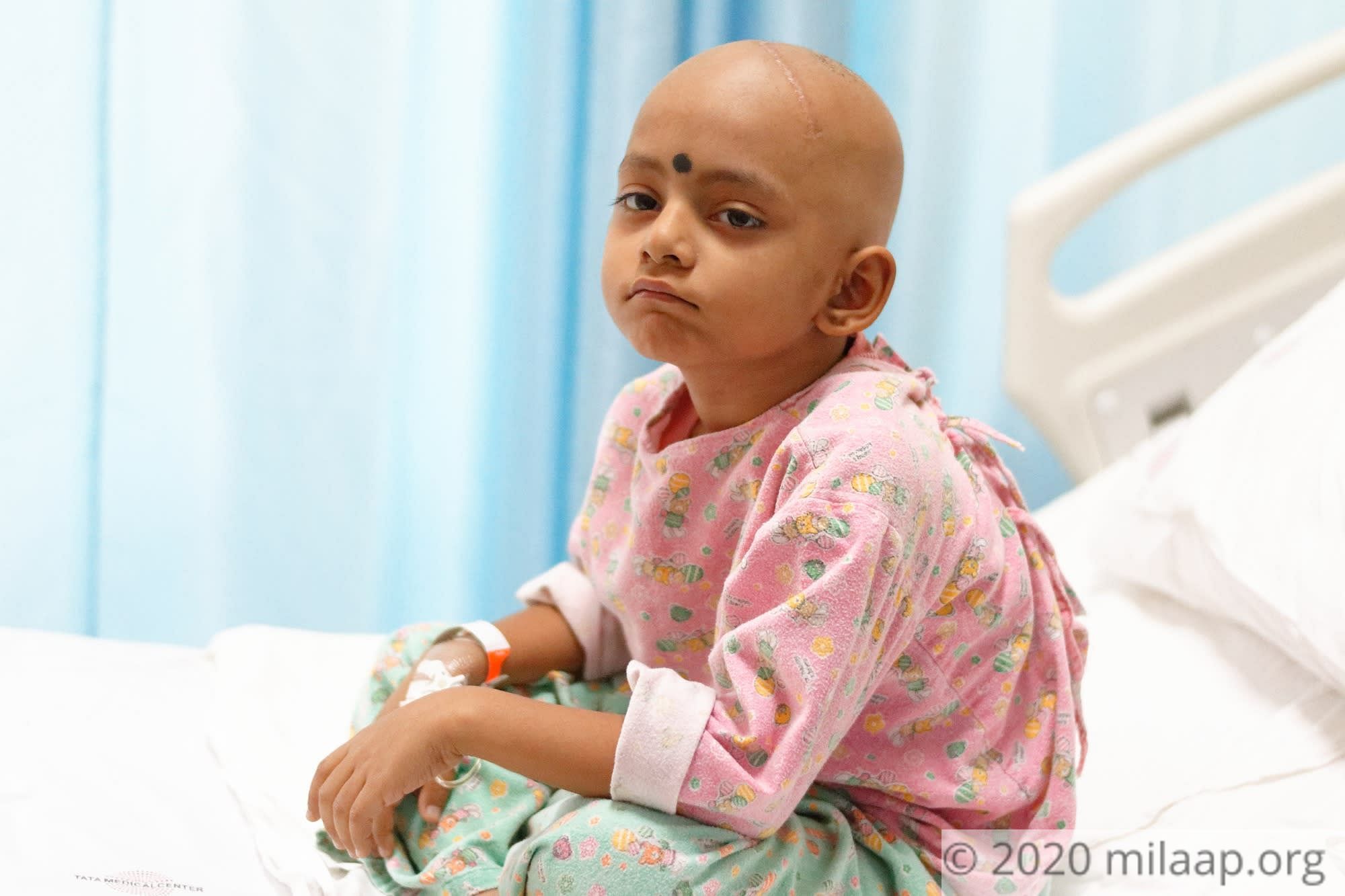 Share on facebook
"They told me that my son has a rare form of tumour in his brain that too...that too a severe one.  Hardly 1 in 100 kids have it. Surgery was the only way to save him, so we ran here and  there, trying to arrange for his treatment.  I was outside the operation theatre for 9 hours when they were trying to take his tumour out. All this while I was anxious, helplessly praying for my son,"
- Sonali, mother

Rudra knew the surgery would hurt and he was terrified

Rudra was only 2 years old when he had surgery of his gall bladder. Since then the parents have been extra attentive towards him. Last year, Rudra's started shivering, he was losing his grip and dropping objects. After his MRI reports, the doctors found out that he has a tumour in his brain.

"At that age, he was hardly aware of how painful a surgery can be, but this time he knew he will get stitches in his brain and that will hurt. In August, when he had to shave his head off for the surgery, he got really scared. With each passing day, he is getting sicker and just wants to get well soon." -Sonali

The worst is over but the battle is not

Surgery was very important but Rudra's condition was very critical. If it damaged his nerves, he could have been left paralyzed as the nerves are sensitive near the brain.

"At that time, I didn't know how to get lakhs of rupees for surgery, all I knew was I have to save my son anyhow. I sold my wife's jewellery and took loans and admitted my son. We were told that this surgery came along with its risks of paralysis. Now my son has numbness in his right hand and it is increasing. Doctors say he needs further chemo but I don't have anything left now and I'm terrified. What if it's the last day I'll see my son?" - Sambhu,father

Sambhu works as an electrician and earns Rs.3,000 monthly. He could manage 6 lakhs for Rudra's surgery with the generous help of his locality residents. Without work now, he doesn't know how to make his ends meet. Every day it is costing them so much.


Sambhu and Sonali were hopeful that after the surgery their son, Rudra, will be able to lead a normal life. He hasn't seen his sister for months now. But things haven't been easy for them. Rudra still has to put up a strong fight as the risks of the cancer regrowing is higher in Rudra's case. He needs chemotherapy to be able to completely destroy the harmful cancer cells. It will take them 5 lakhs more to cure Rudra.

An active kid, Rudra, hasn't been to school for 8 months. He has lost his smile ever since cancer came into his life. His last birthday was in the hospital bed without any cheer despite efforts from his parents. He just wants to get well soon now but it might be a distant dream without any help. Can you help Rudra? 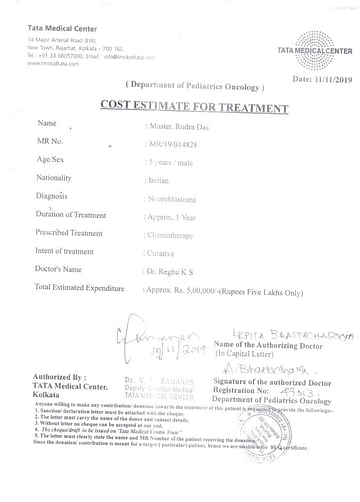 Click here to know more about Rudra das
Donate now
OR
Click here to read the instructions before you make a bank transfer.