A Rare Condition Threatens To Take Away This 4-Year-Old's Life, Needs Urgent Help 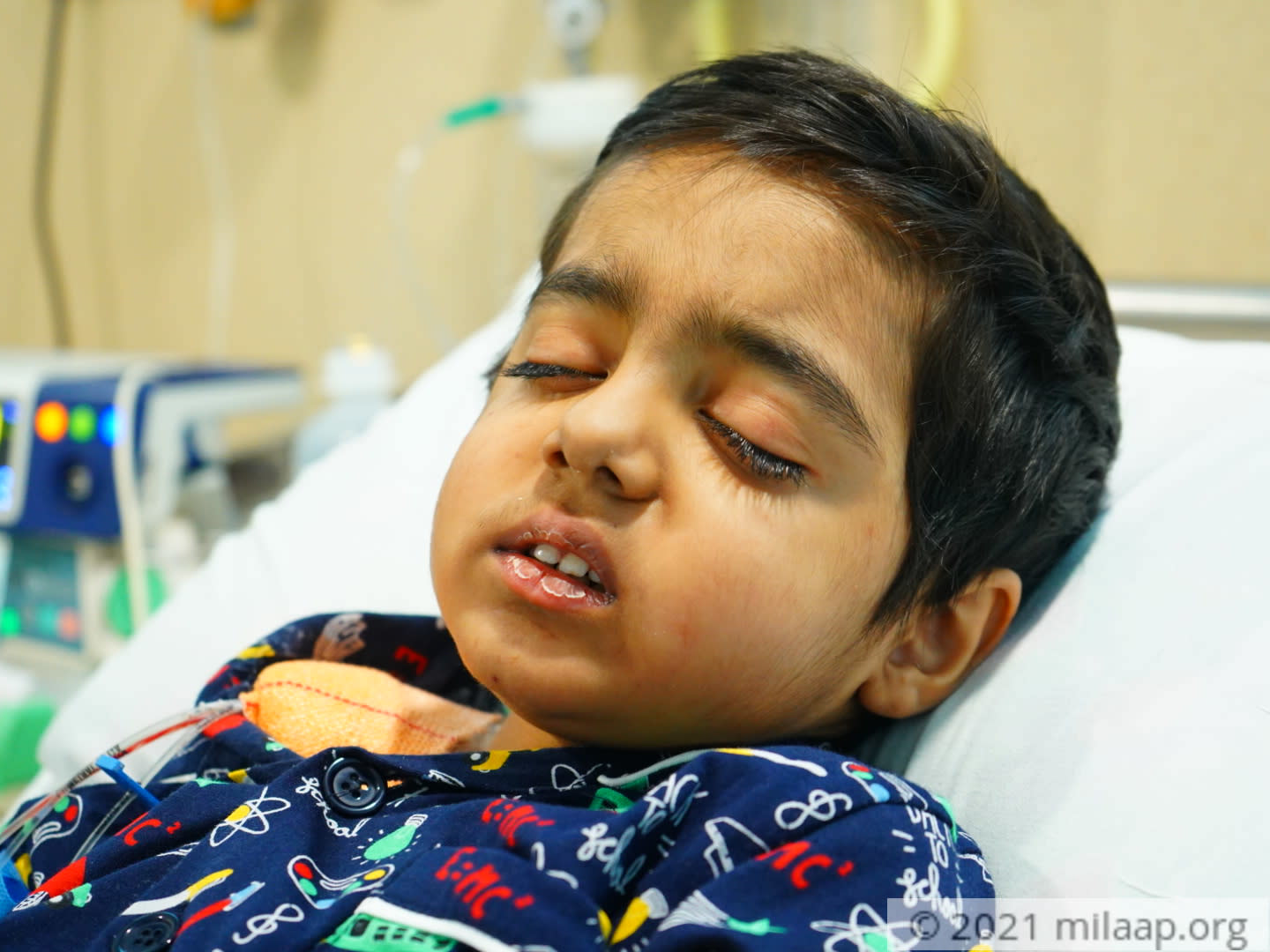 Share
“Every day, every minute my child is fighting for his life. The critical state that he is in right now, even a sip of water can turn out to be fatal. He is suffering from multiple severe infections in multiple organs, and a fever that refuses to subside. His body is unable to fight, and I am failing to continue the treatment he needs to make it.”
- Niladri, father

A severe blood disorder is threatening to take him away

4-year-old Rishabh suffers from Severe Aplastic Anemia, a condition in which the body stops producing enough new blood cells leading to dangerously low blood levels that can even kill a person. In Rishabh’s case, his bone marrow has completely failed and only a transplant can save his life.

“In August, this year, Rishabh developed weird black spots all over his body and had a persistent high fever hitting 102 degrees. His blood reports said he had just 4000 platelets, risking the chances of hemorrhage. We had no idea that it was just the beginning of a never ending fight to save our child.” - Moupina, mother

Once an active and lively child, Rishabh is now bedridden fighting to survive each day

On further investigations, it was found that the little boy was suffering from post- Covid complications, and that the white blood cells in his blood were failing to defend his body from even the slightest of germs. Rishabh has been fighting one infection after another for weeks and now, he is bedridden, unable to move even an inch without help.

“He used to be such an active and mischievous boy. He would talk for hours non-stop and his feet were barely at rest. Watching him go through all of this pain is just unbearable. He is passing blood instead of stool and has barely eaten anything in the last 10 days. He doesn’t even have the energy to share his pain with me anymore…” - Moupina

He needs your help to survive

Niladri works as a college professor and Moupina is a homemaker. These parents have left no stone unturned in keeping their son’s treatment going. The infections that the little boy is fighting are life-threatening, and he can only get a bone marrow transplant once he's recovered from them. But his parents have exhausted everything they had. They need your help.

“We have spent more than 17 lakhs so far, all the savings, gold, and anything that held value, we used it all up to keep our son alive. I know he will fight the infections bravely but when he does, I won’t be able to afford the transplant that he needs to rid him of this blood disease.” - Niladri

You are their only hope. Out of the 30 lakhs that they need, 15 has been raised through kind strangers like you. Your small contributions can help these parents reach their goal faster. Click here to donate. You can save Rishabh’s life.
RS
Patient Rishab Singha is 4 years old, living in Kolkata, West Bengal
AC
Being treated in Apollo Cancer centre, Chennai, Chennai