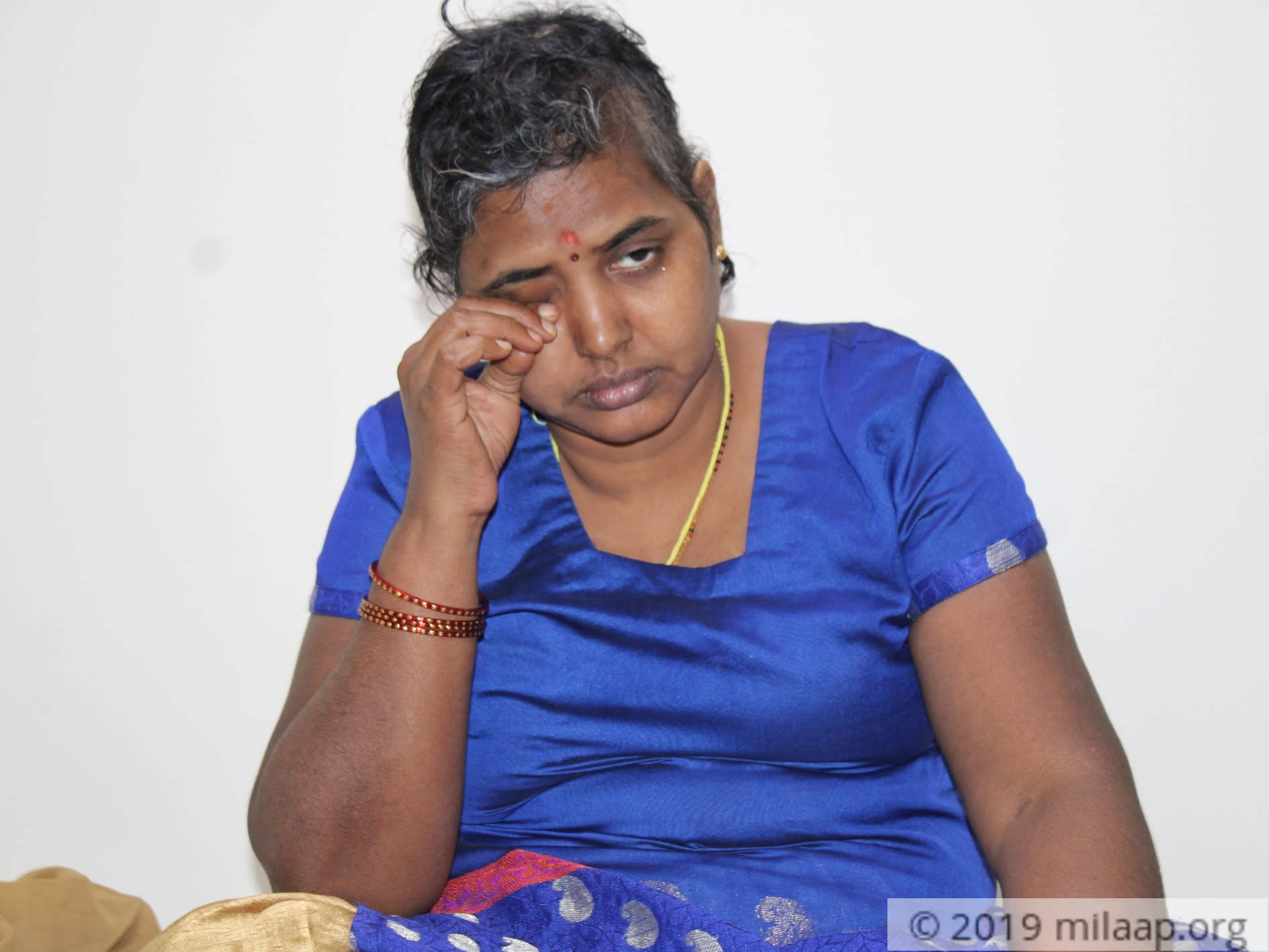 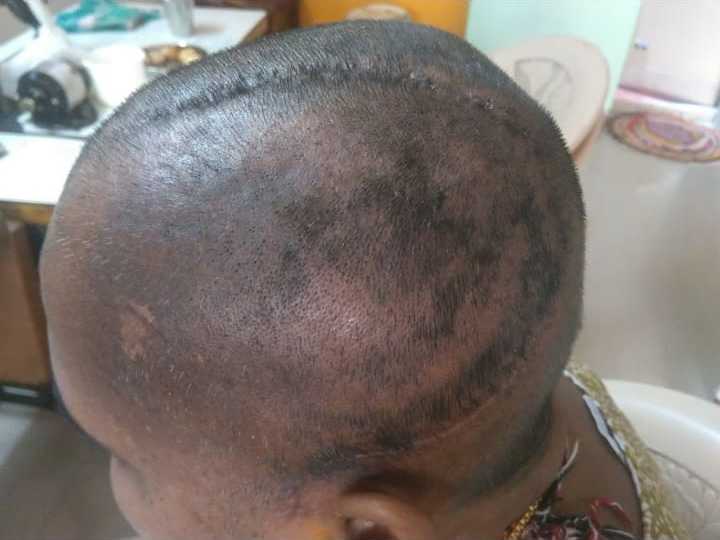 Share
“I had no hair and a big scar on my head. My own daughter refused to come near me. All she did was cry and ask my husband to take her home. The brain tumour has taken away so much from me. That day I felt like it had taken away my daughter too, and there’s nothing more painful than that. I fight this disease every day just for her, I live just for her.”
– Rekha
The tumour in her brain was as big as a tennis ball, and it was only growing

“One day in January we were having dinner, and suddenly Rekha started moving very slowly. The food she was trying to put in her mouth kept falling out, and she didn’t even realise it. I knew something was wrong, but cancer? I never imagined it.” – Somnath, husband

Rekha was diagnosed with a cancerous tumour in her brain, the size of a tennis ball, this January. She immediately underwent surgery and started chemotherapy. Rekha fought hard – but yesterday she suddenly couldn’t talk, and before she knew it, she had a seizure. This means that her condition can deteriorate at any time, and stopping her treatment isn’t an option. But Somnath has nothing left to save his wife.

One broken marriage, 3 children lost and now cancer – Rekha’s life has been an uphill battle

Rekha hasn’t had an easy life. Born into a very poor family, there have been days where they didn’t even have food to eat. As an adult, she has been through a divorce before she married Somanth and lost 3 babies – the loss of which she still hasn’t overcome. Tejaswini’s birth was a blessing to them.

“I still remember the day we lost our first child. It was a boy…9th month of her pregnancy and just 3-4 days before the due date, he died in her stomach. Rekha didn’t talk for days. After that she has been through so much. When our daughter was born, we thought things would only get better, but now Rekha has cancer! How much pain does one person have to endure in a lifetime?” – Somnath

He can’t even afford his daughter’s school fees, Rekha’s treatment is beyond his means

Rekha’s fight isn’t over yet. She needs continued chemotherapy to fight the tumour. However, Somnath, a tailor, is at a dead-end. He has borrowed from everyone he knows and spent over 4 lakhs on her treatment already. He has no money to afford her medicines, and now he can’t even afford to pay his daughter’s school fees.

“The doctors have told me that I can’t leave Rekha alone. So I stitch clothes at home…there are days when I can’t work at all because Rekha is so sick. I have asked everyone to help me, how many times can I go to them and beg? I even went to Tejaswini’s school to tell them I can’t afford her fees. I used to earn Rs. 5,000 per month sometimes, but now I have nothing, absolutely nothing.” - Somnath

Rekha needs 8 lakhs more to complete her treatment and be cancer-free. Somnath has done everything in his power to save her, but it’s not enough. He needs your help. Rekha needs your help to survive this disease for her young daughter.
RK
Patient Rekha K S is 43 years old, living in Bengaluru (Bangalore) Urban, Karnataka
MH
Being treated by Dr Amit Rauthan in Manipal Hospital, Bengaluru