This Teenager Lost His Sight, Now This Disease Could Take His Life Too | Milaap
loans added to your basket
Total : 0
Pay Now

This Teenager Lost His Sight, Now This Disease Could Take His Life Too 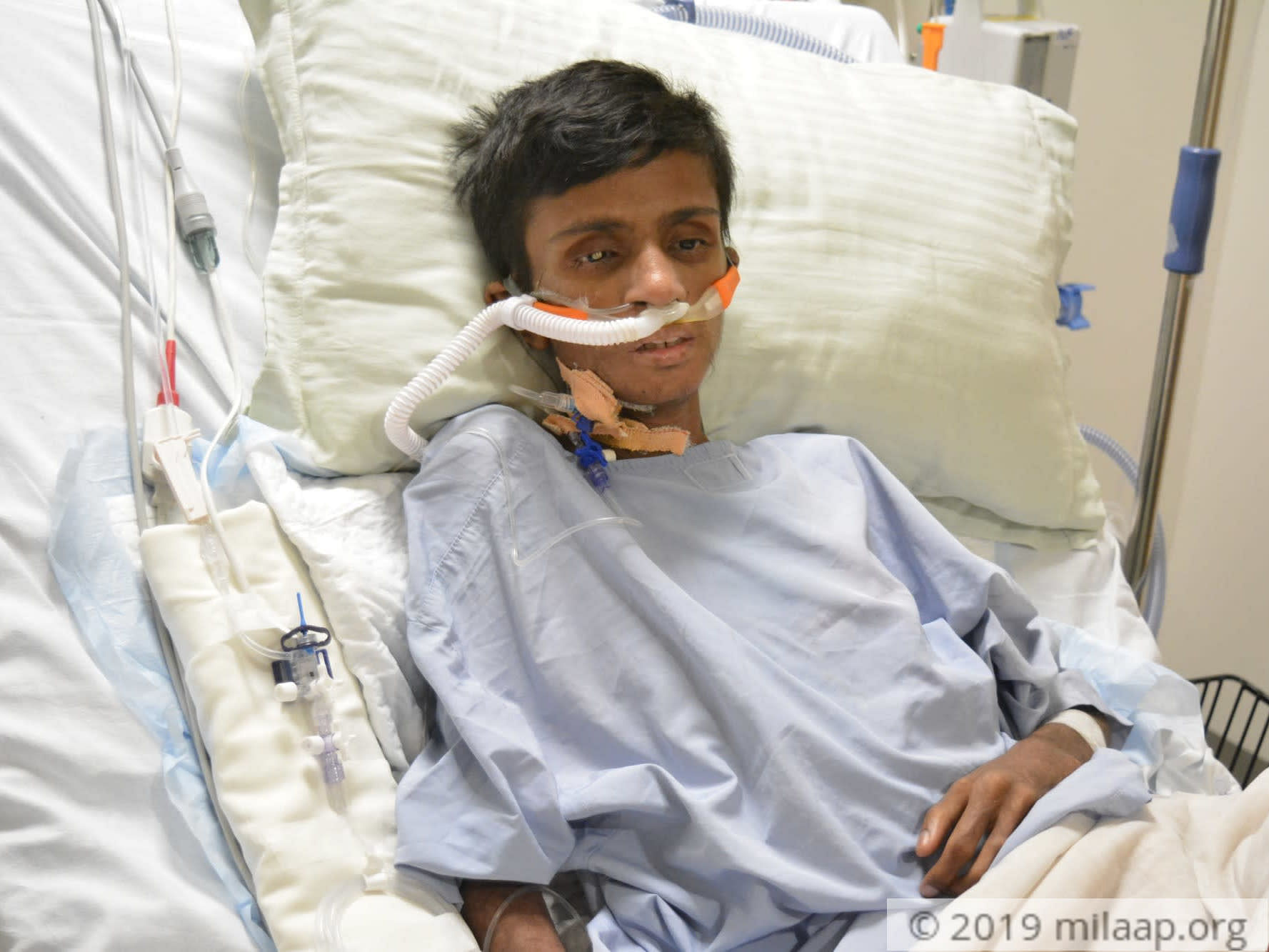 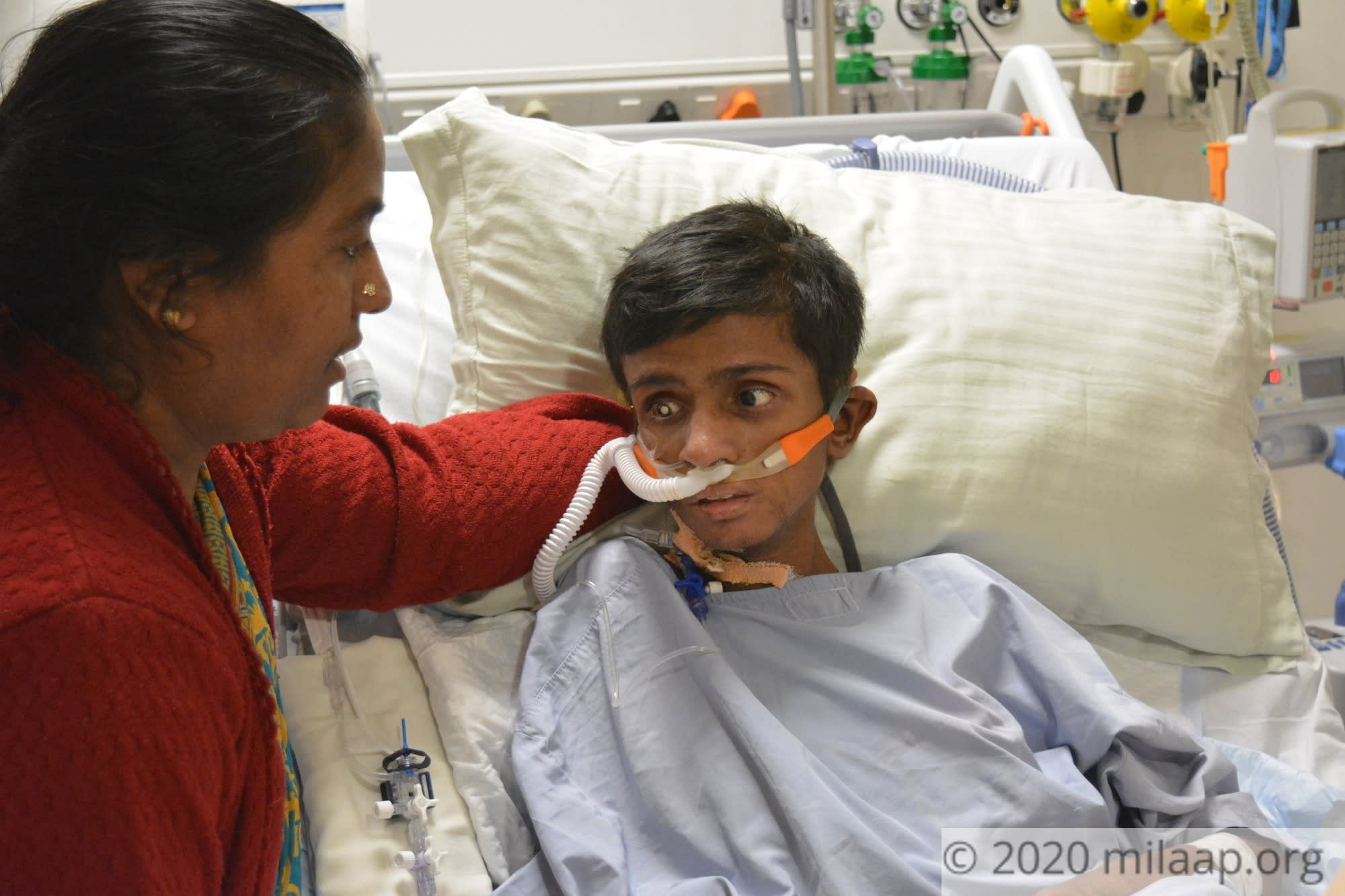 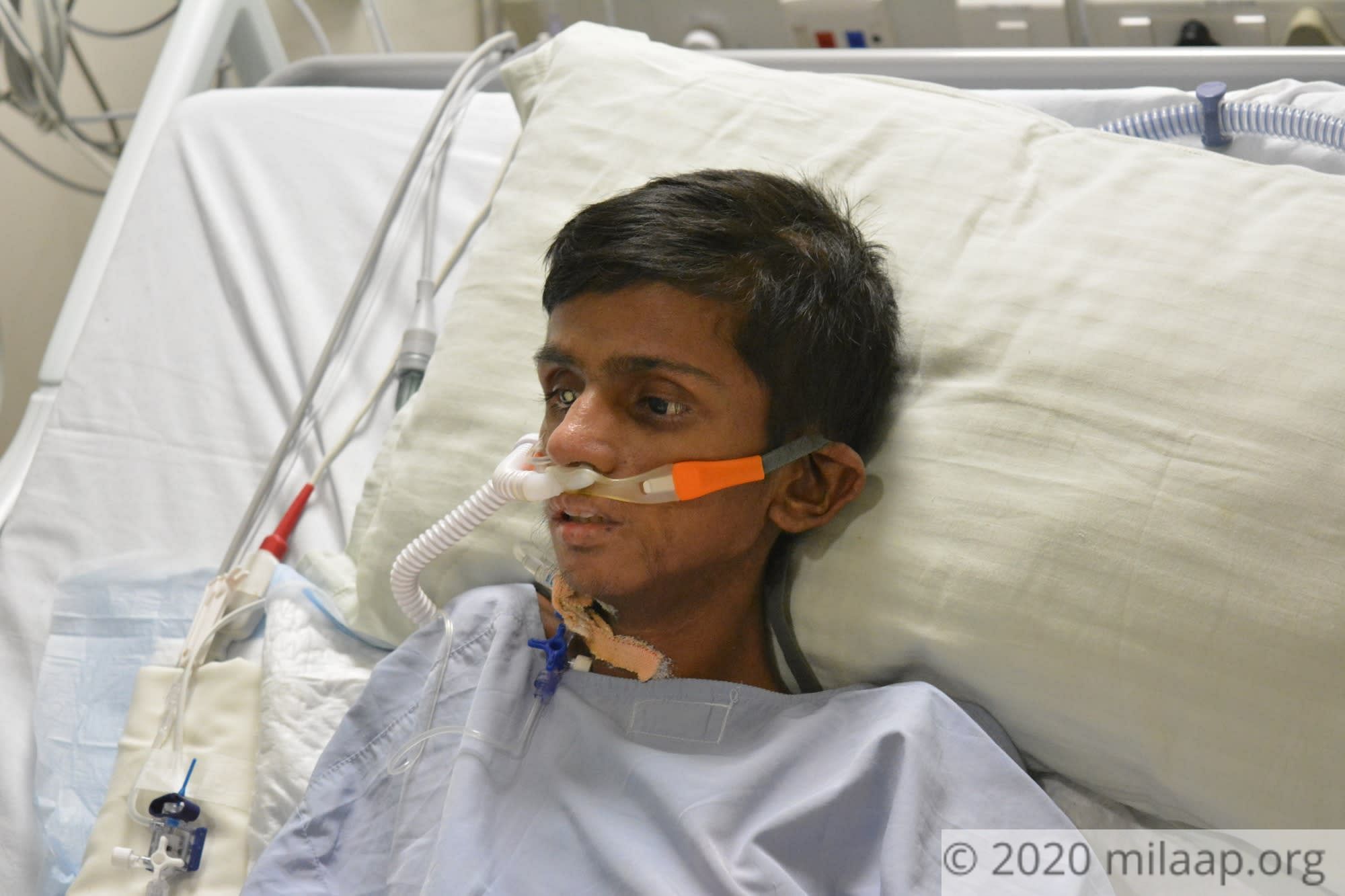 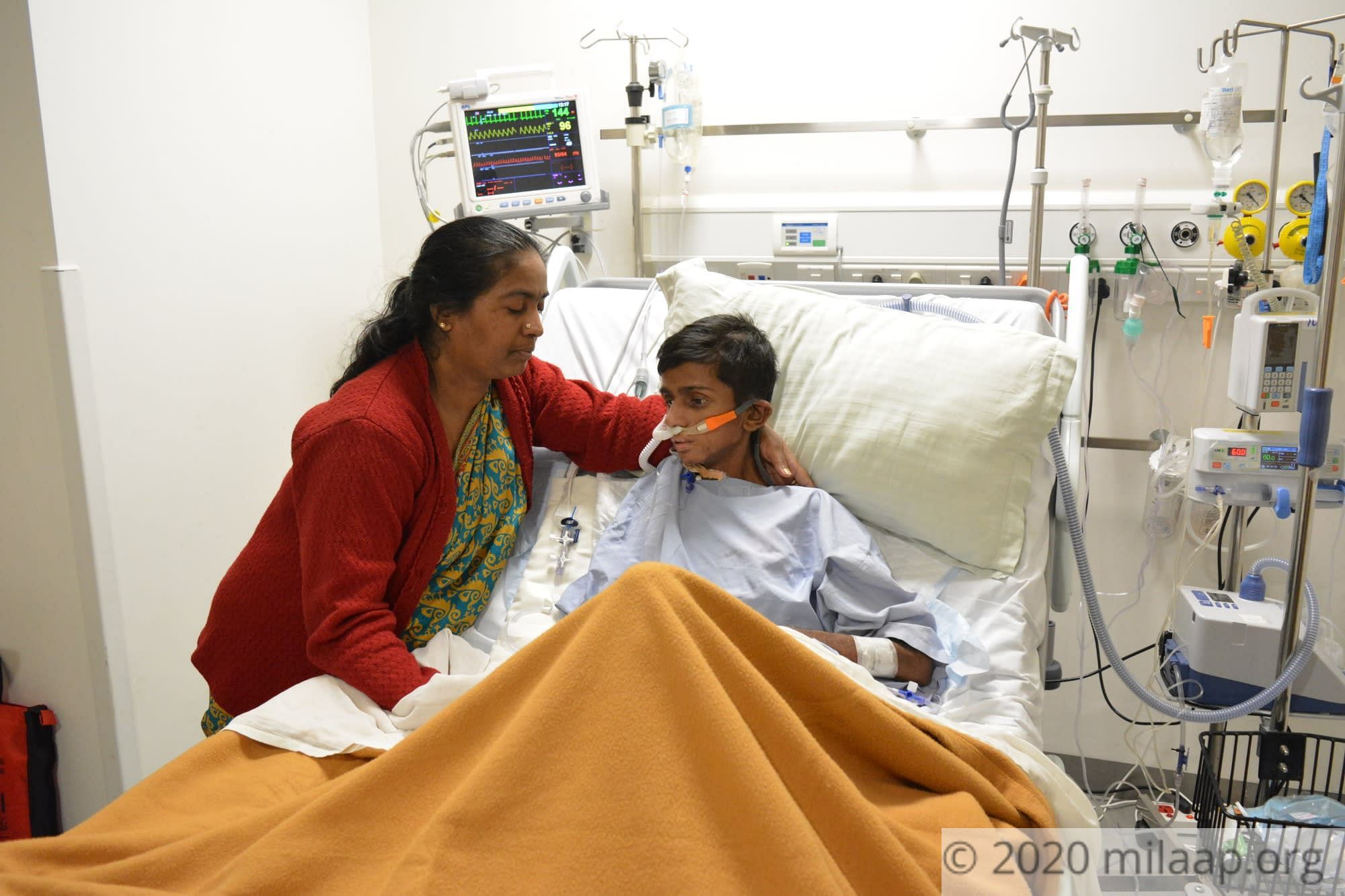 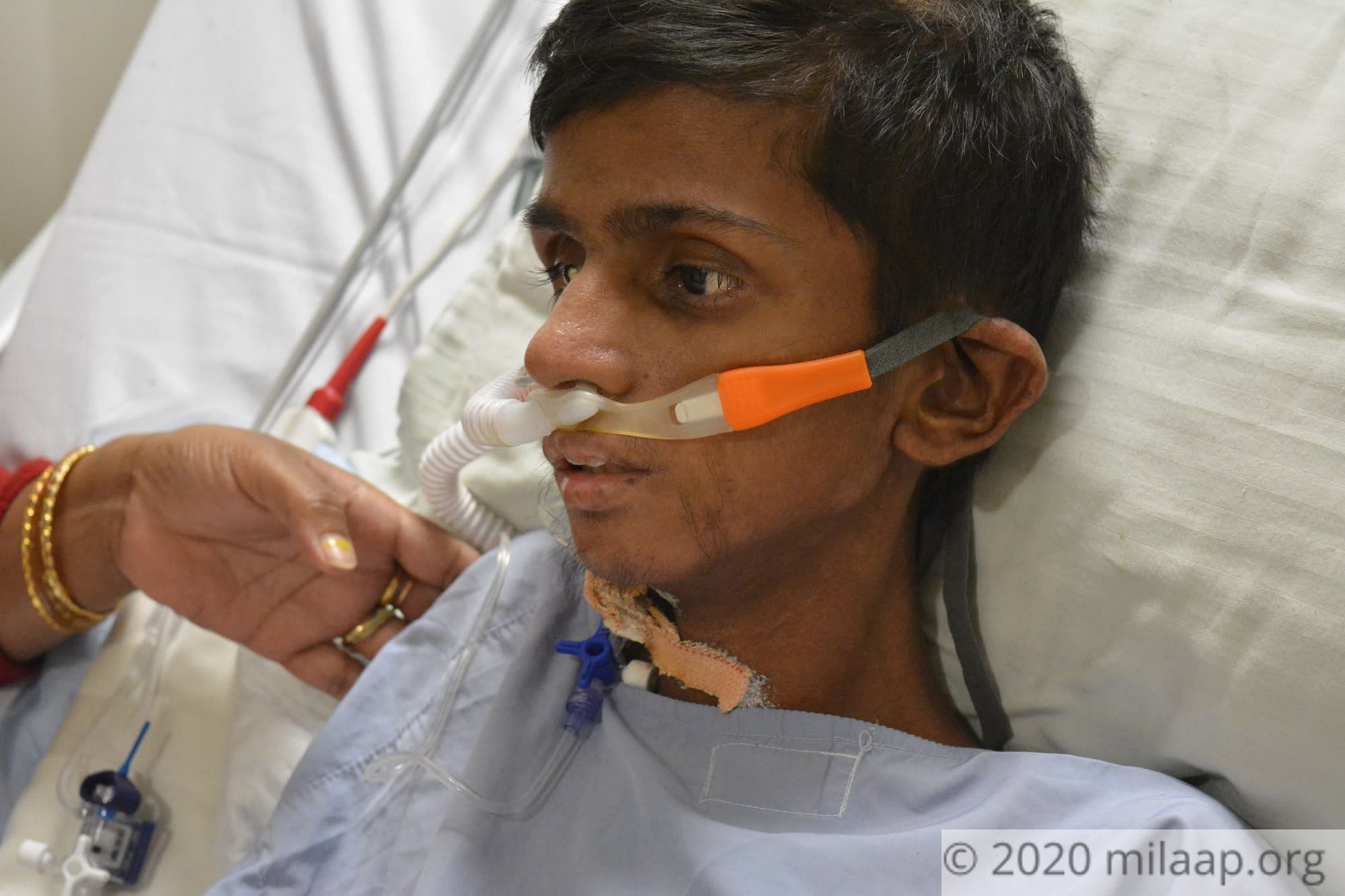 Share on facebook
Life has been a struggle for Raghava (18) since he was 5 years old. What first seemed to be a skin infection years ago has now turned into a life-threatening condition. He is currently being treated for severe pneumonia and Bronchiectasis. He has a chronic cough with mucus and his lungs are extensively damaged. He needs to undergo a lung transplant soon, or he may lose his life.

“My boy has been in pain for the last 13 years. No child should ever undergo a life like his. When he was just a little boy… he got wounds on his hands and feet that were painful and itchy. He also had an ear infection and swelling on the sides of the face. We were worried and first took him to a doctor. Since then, we have been to multiple doctors who all said that it is due to low hemoglobin.” – Venkatesh, father

Tragedy struck Raghava when he was 11 and on the way to a hospital for a checkup, in the form of pneumonia. By the time they reached there, Raghava had lost his eyesight in both eyes. A few days later, with the help of an eye specialist, Raghava regained sight in his right eye. However, that small victory did not last longer than a year...

First his eyes, now his lungs

“We were happy that our son regained sight at least in one eye. But again God failed us. He lost his eyesight in that eye again within a year. Imagine how difficult it would be for him to have got some hope that he could see at least partially and then losing it all once again. Now, it is even worse… It's like his body is slowly giving up on him part by part. Now he struggles to even breathe properly due to his lung infection. I don’t understand why such bad things are happening to him… he doesn’t deserve such pain…” - Chitra, mother

He is fond of music and wishes to play an instrument...but his father cannot afford it.


Raghava’s family is deep in misery and each one of them is giving strength to the other by staying strong. Raghava does not even complain of his pain fearing that it would make his father sad. His little sister is seen consoling her parents and keeping her brother’s spirit alive with encouraging talks.

“Every day when I return home from college, my brother asks me about my day. I share every moment of my life with him. I know clearly that he misses going to college and having a normal life. He doesn’t, however, express his thoughts. He understands his condition and tries to enjoy the experiences through my words. It’s heartbreaking to see that.” – Brinda, sister

All that Raghava wishes is to lead a normal life. With your kind contributions, Raghava’s hardships can be solved to a good extent. 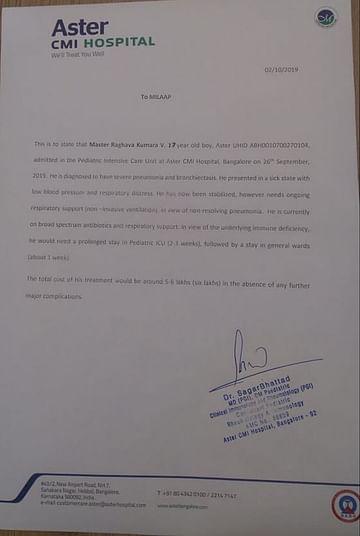 Click here to know more about Raghava Kumar
Donate now
OR
Click here to read the instructions before you make a bank transfer.

Get well soon my brother 🙏

Donated to this campaign via Paytm? Click here if you can’t find your donation listed below.
AC
Anshuman donated $100
Ls
Lalit donated Rs.5,000

Get well soon my brother 🙏

Get well soon! God Bless You