This Boy Feels Guilty That His Family Has To Skip Meals To Save His Life | Milaap
loans added to your basket
Total : 0
Pay Now 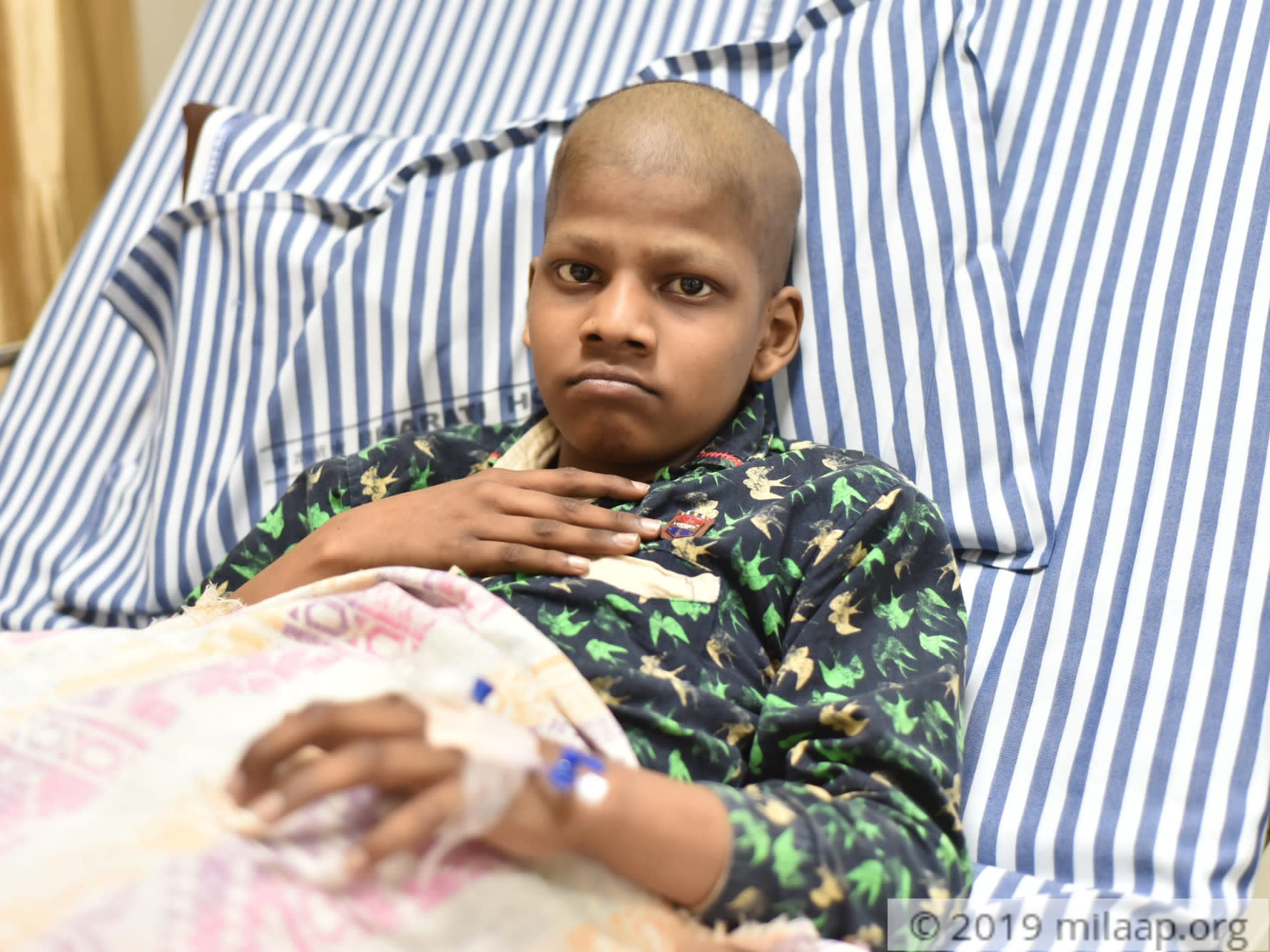 Share on facebook
Prathamesh’s younger brother has now stopped asking why his elder brother doesn’t accompany him to school. He is tired of the reasons that his parents, Shankar and Madhavi, keep giving him. He knows something is wrong with Prathamesh, he also knows that his brother won’t be able to come to school with him anytime soon.


What he doesn’t know is that Prathamesh is fighting deadly cancer. His cancer is back and is worse this time. He needs continued treatment to be cured. But the cost of the treatment is way beyond the family’s means.

He had started going to school unaware of the fact that the disease will come back to haunt him, again

Back in 2017, when Shankar noticed the swelling in Prathamesh’s neck - he didn’t waste any time in taking him to the doctors. The biopsy result, however, left him in shock. Prathamesh was diagnosed with Hodgkin’s Lymphoma - a type of cancer that affects the immune system.

“I was devastated but I didn’t lose hope. I knew I had to cure him. I begged and borrowed and somehow managed to afford the chemotherapy that he needed,” - Shankar, father.

Prathamesh was declared cancer-free. His parents rejoiced, the 12-year-old thought his life was going back to normal. The family had no idea that in just a year their worst nightmare would come true - Prathamesh’s cancer would be back.

I am sorry, Baba - you have to spend so much on me

“He keeps telling me not to spend so much on fruits for him. I just smile at him with tears in my eyes. When did he grow up so much? What has the disease done to him,” - Shankar.

Buried under debts, Shankar doesn’t know how he can afford his son’s treatment

Shankar works as a delivery boy in a small shop in Pune. His wife, Madhavi works as a domestic help. Together they make something around Rs 13,000. Prathamesh’s medical expenses in a month amount to Rs 25,000. So, Shankar had to borrow heavily on high interest. He is now buried under that debt.

“His bone marrow transplant is now over but he needs radiotherapy.Otherwise there are chances that his cancer will be back. I want him to lead a normal life, please help me,” - Shankar.

We from the ISR - ACI team pray n wish for the speedy recovery. Get well soon.

Donated to this campaign via Paytm? Click here if you can’t find your donation listed below.
DA
Dr Atul donated Rs.5,000

We from the ISR - ACI team pray n wish for the speedy recovery. Get well soon.

I pray that God give you and your family lots of courage and fight through this!. I pray for your well being and quick recovery.

Wishing you a speedy recovery