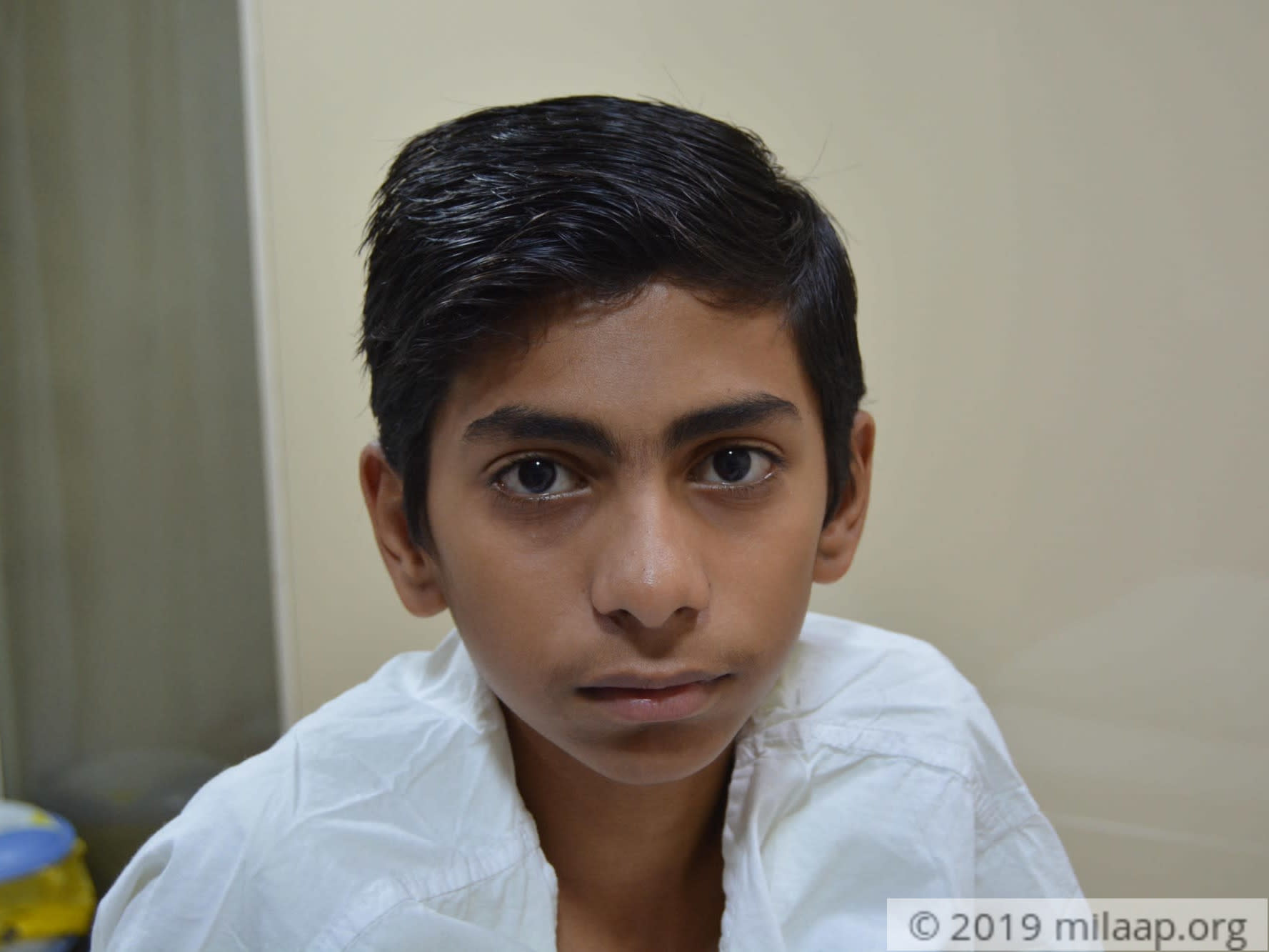 Share
It kills me to think he could lose his leg. It would be the end of his dream to join the Navy when he's 19!
Growing up, he would often ask me “Ma, I will become a Navy commander one day, right?” and I would always say “Yes, beta, of course. You’re going to make me so proud!”
Today, after so long he asked me that same question. And... I had to leave the room because I started crying.
– Savita, mother
Young Pranit is a born dreamer and mature beyond his years. He has always only had one thing on his mind: joining the Navy. Coming from a poor background, it would have allowed him to both serve his country and support his family. But the future of this boy is at risk, as a highly-destructive tumor is destroying the bones in his leg.

There's only one option left to save him

“The first time he broke his leg, seven years ago, it had been very unusual. It had been such a small fall, and we told the doctor in our village as much, but he just put his leg in a cast and gave him some medicines. Last year, when he tripped and broke his leg again, we took him to a different doctor. She did some tests, and told us... that Pranit has some tumor in the bones of his leg.”

Doctors have tried to treat young Pranit’s Aneurysmal Bone Cyst with medicines, and injections delivered straight into the bones of his leg – a highly painful procedure. But they haven’t had any success, and now there’s only one option left. They need to surgically scrape out the tumor from his bones, and fill in the leftover holes with cement and metal implants. But this is a very expensive surgery, and time is very limited.

If my son loses his leg, it will be my fault

“They’re saying that if he doesn’t get the surgery as soon as possible, the bones in his leg will be destroyed beyond repair. Now, he at least has a chance but the surgery costs 5 lakhs, and the treatment afterwards even more! I’m just a farmer, that kind of sum is completely beyond me. Even if I sell my small plot of land, I’d barely get a fraction of that amount. But what am I to do? If my son loses his leg... it’ll be my fault...” – Vaibhav

Time is running out for young Pranit. Only a generous contribution from you can keep his dream alive.
PC
Patient Pranit Chavan is 12 years old, living in Mumbai, Maharashtra
JH
Being treated by Ruchita in Jaslok Hospital, Mumbai, Maharashtra