This Boy Smiles Through The Pain Of His Disease So His Parents Won't Feel Bad | Milaap
loans added to your basket
Total : 0
Pay Now

S
You are sending a message to
Shailja
Go back 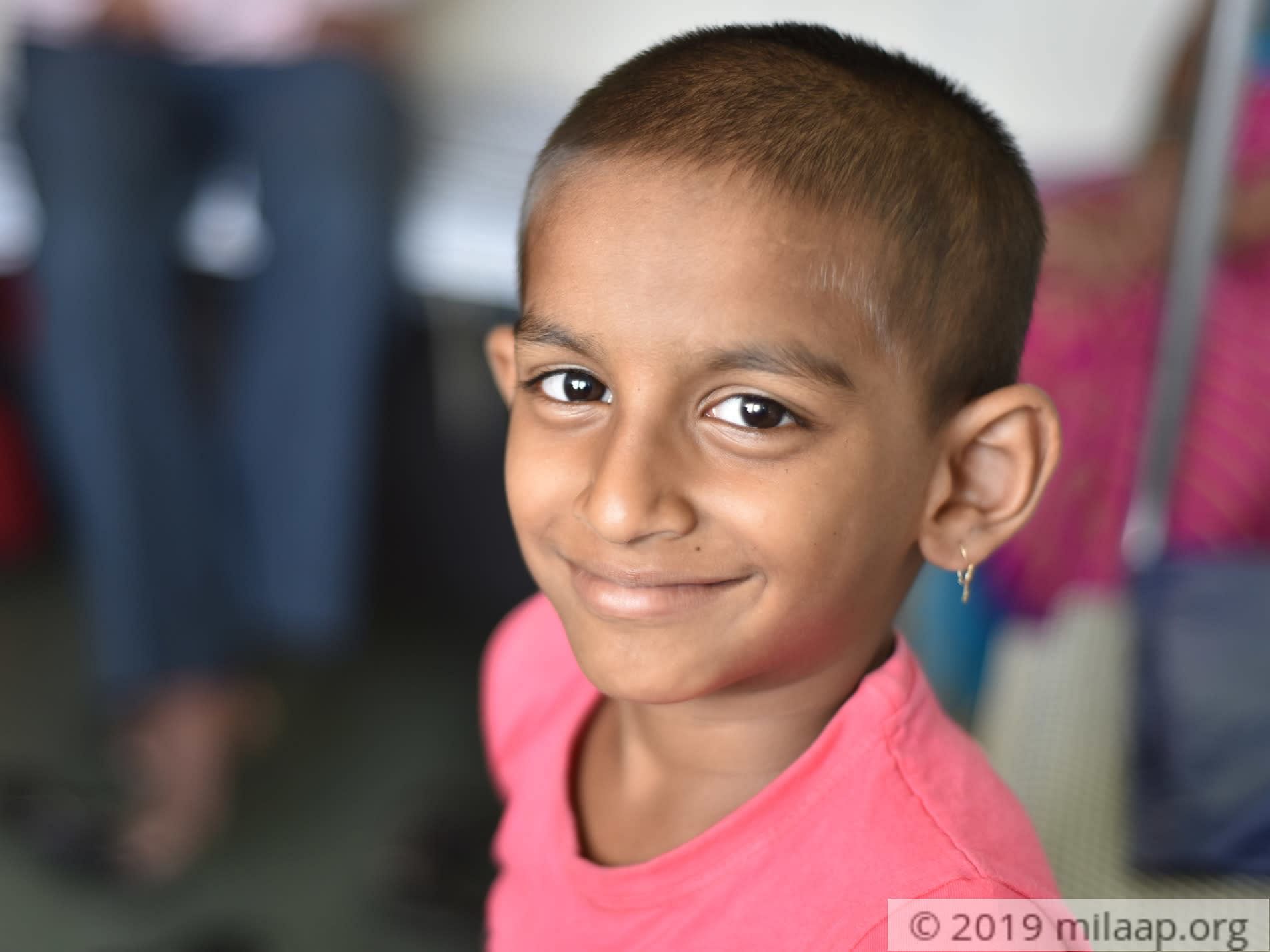 Share on facebook
When Prajwal turned 3, he stopped growing. Prajwal started falling ill often and had high fever and weakness along with loss of appetite. He received primary treatment and medication. However, the same symptoms occurred over and over again. And every time, his condition only worsened. No treatment cured him permanently.

“We realised that something was wrong with our son. It was not just a normal fever. We kept changing hospitals and doctors. I couldn’t understand what was happening to him, no one could tell us what it was also…for months!” - Maruti, father.

After 8 long months, Maruti and Mahananda found out that their son has aplastic anemia – his body is unable to produce enough blood cells. If not treated in time, it can be fatal. Prajwal needs a bone marrow transplant at the earliest.

Currently, Prajwal requires blood transfusion every month. As the due date for transfusion nears, his body shows changes. He looks pale and feels weak. A blood transfusion, however, is not a permanent cure for his condition. Moreover, the procedure puts him at risk of infection as it involves the blood of different donors.

“It shocks me to see him in such a condition. One day he seems so fit and fine and the next day he becomes so weak and all his energy vanishes. He doesn't eat and sleeps all the time. I want him to have a healthy childhood.” - Mahananda, mother.

Little Prajwal is brave and hopeful

Prajwal has been to hospitals for three years now. At his age, when kids are usually afraid of medicines and hospitals, he handles it bravely.

“He is not afraid of needles or medicines anymore, he takes them with a smile on his face. I’m lucky to have such a brave boy. He even assures us that everything will be okay…when we should be the ones giving him courage. He keeps talking about what he will do when he grows up…” – Maruti, father.

But without a bone marrow transplant, Prajwal is running out of time.


I’ve spent savings, sold my land and took a loan but…

Maruti has not been able to go to work as he has been taking his son to the hospital for regular treatment. He has used up all his savings. Being a watchman with a meagre pay of Rs. 7000 per month, there is little he can do to afford the treatment to save his son.

“I have shifted from my village to Pune for my son’s treatment and work here as a watchman. But I’ve already spent a huge amount of money until now. I have sold a piece of land and even took a loan but it is not enough.”

Your contribution can help Prajwal have a happy and healthy life ahead. 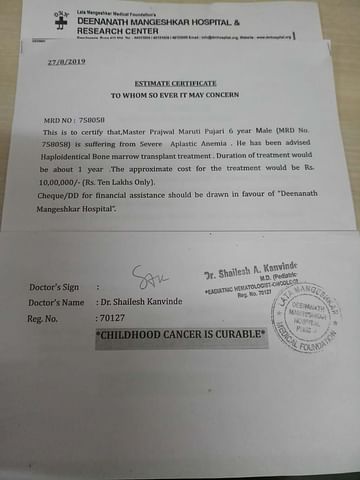 Click here to know more about Prajwal Pujari
Donate now
OR
Click here to read the instructions before you make a bank transfer.