He Chose Me Over His Mother, Now He's Dying And I Can't Save Him | Milaap
loans added to your basket
Total : 0
Pay Now

He Chose Me Over His Mother, Now He's Dying And I Can't Save Him 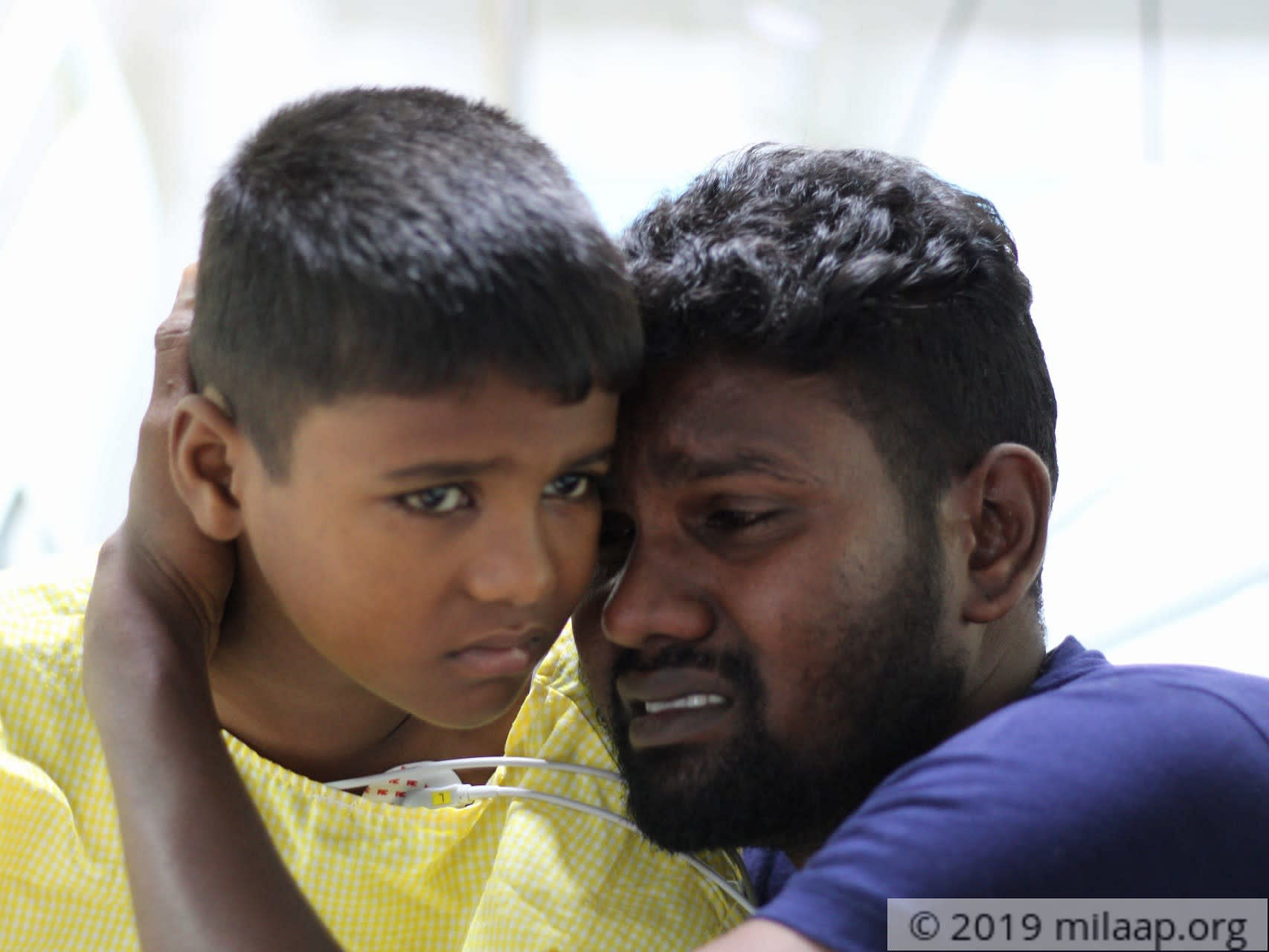 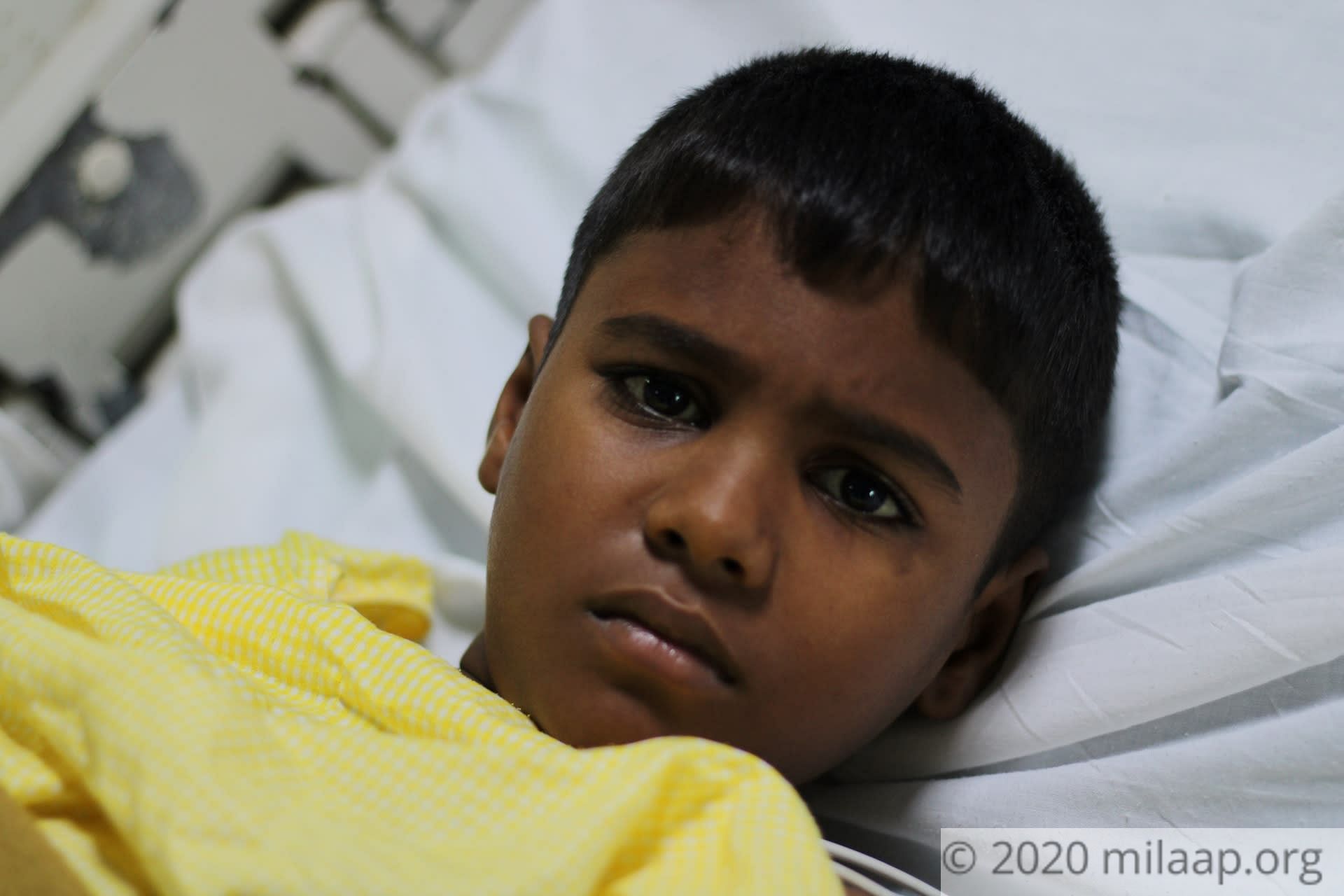 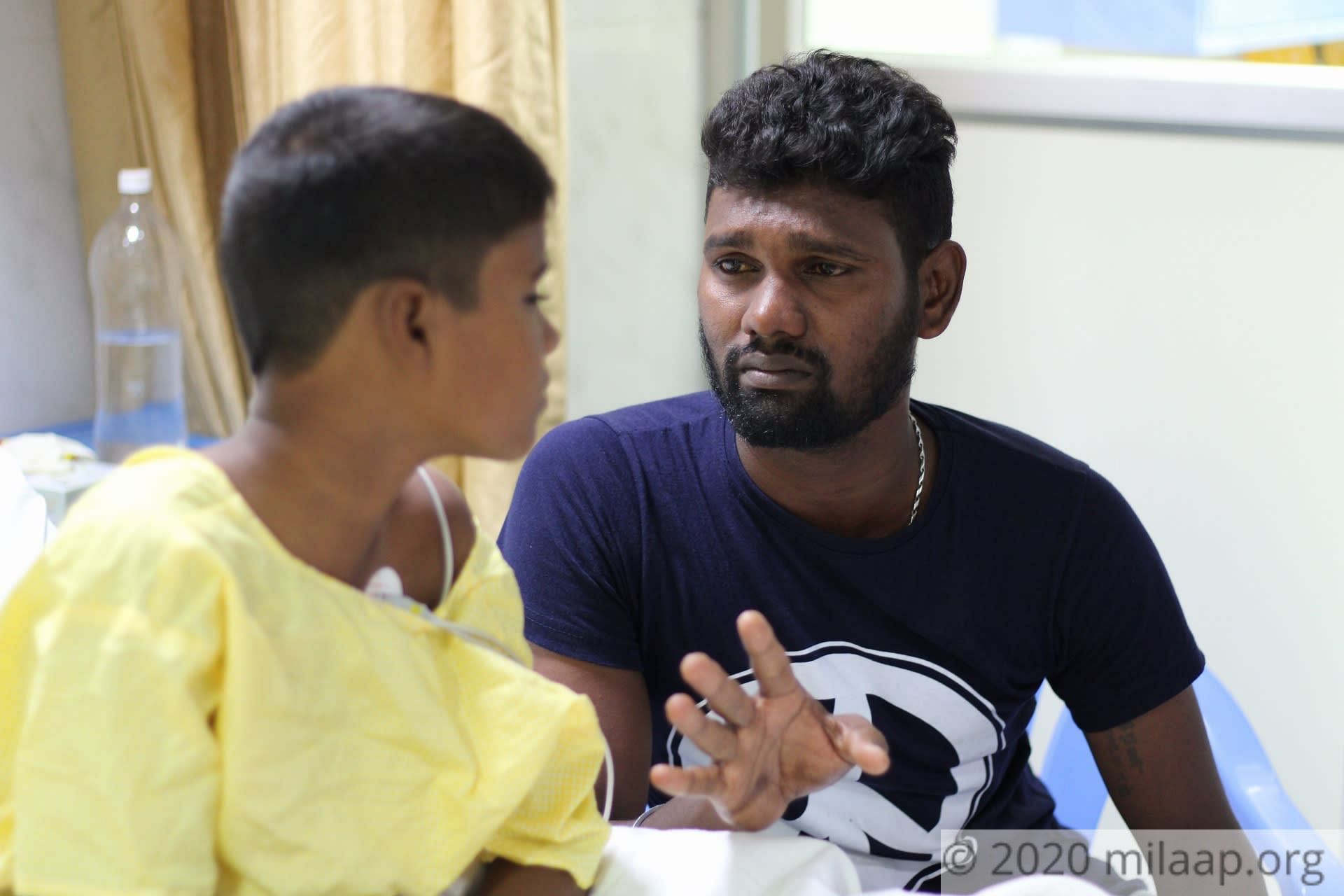 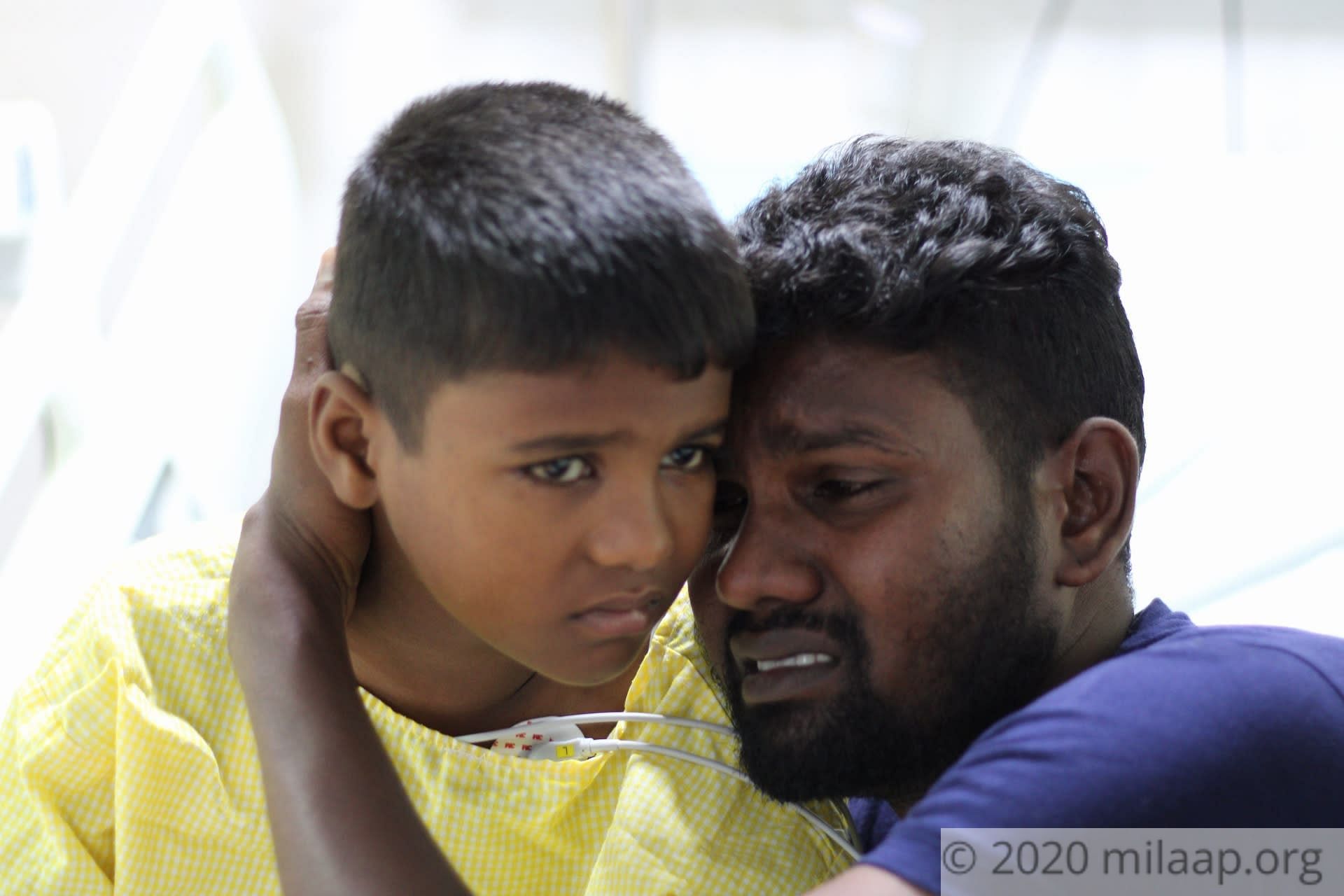 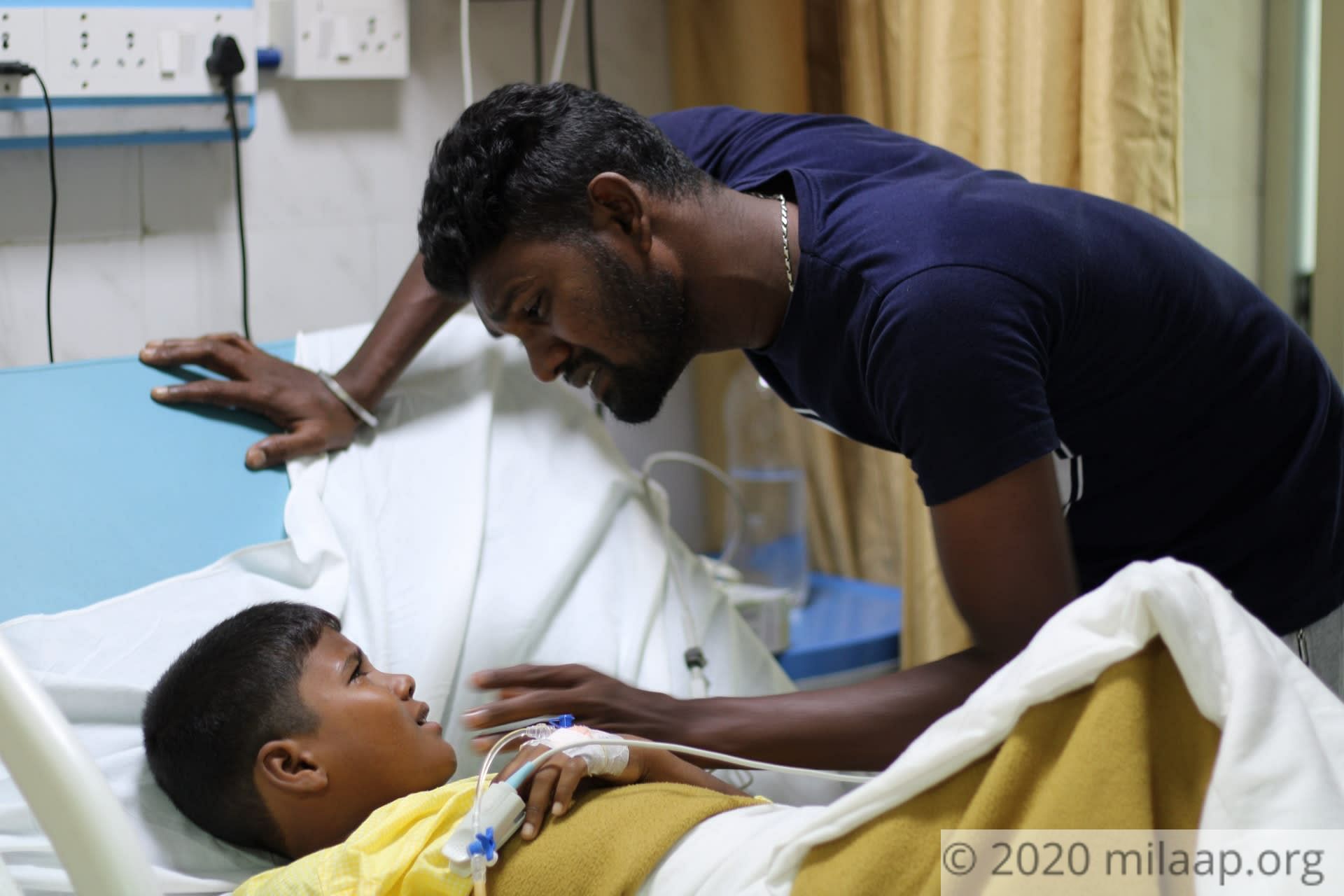 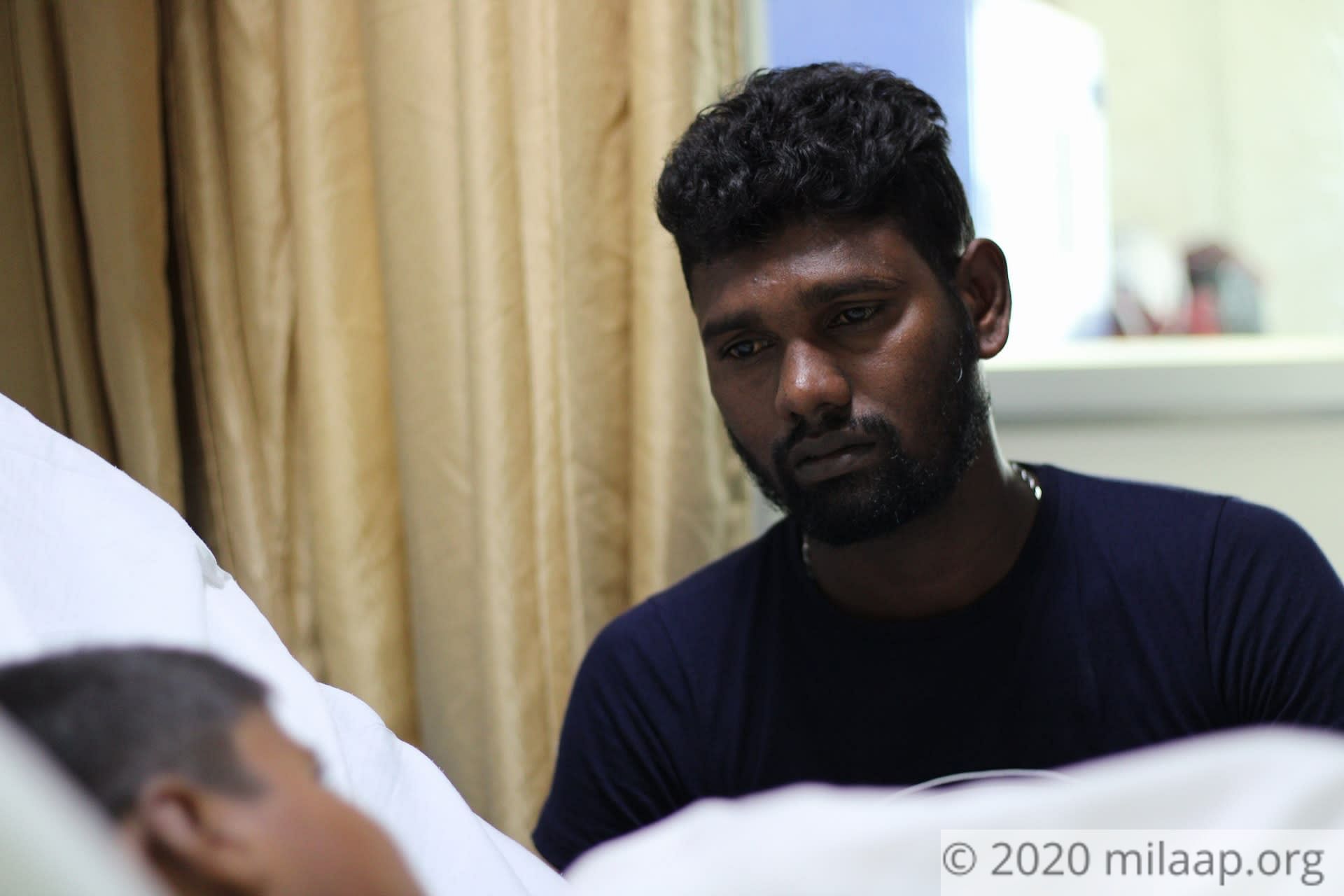 "I am a single father and my wife left me three years ago due to problems in our marriage. That day in the court, Praison held my hand and told everyone that he loves me and wants to stay only with me. At that moment, I promised myself that I will do anything in my capability to keep him happy and safe. But now… it seems like I’m failing. My son has blood cancer and I’m running out of time and money," - Arputharaj, father

Arputharaj is a painter who is taking care of his 9-year-old son all alone. From cooking to dropping him at school he does everything so that Praison doesn’t feel his mother’s absence. The father and son duo were happy in their small world until Arputharaj noticed black spots on his son’s body one day.

"A few weeks back while he was bathing, he came running to me saying that there’s something on his stomach. It was like a black pimple. When he came back from the school it had already spread. Shocked and scared I rushed him to the hospital immediately. After various blood tests, they told me it is cancer. I fell to pieces…it was just yesterday when he was playing around healthy and now he is dying of cancer."

Praison has Acute Lymphoblastic Leukemia, cancer that affects his blood cell count. Due to this condition, he has abnormal levels of white blood cells and abnormally low red blood cells. This gives way to various infections, weight loss and excruciating pain in bones and muscles. His immunity levels drop down making him prone to various infections.

Praison's cancer is spreading fast, it can even affect his brain

"He was in the ICU for a week and has started his first cycle of chemotherapy. Doctors say that there are chances that cancer may spread to his spine and brain if chemo cycles are delayed. Yesterday, they had to puncture his spine to collect some fluids. He is in unbearable pain from then and cannot even lie on his back. My son has already started asking me “Appa, am I going to die?”. It breaks my heart as I don’t have an answer to it."

I’m scared that God will take my son back

He needs intensive chemotherapy for three years and a continuous supply of medicines and antibiotics to fight this cancer. The whole treatment will cost around 12 lakhs and Arputharaj is struggling to meet those financial needs. He had already exhausted his money and savings on the treatments so far and nothing's left. His painting job only pays Rs. 400 per day but he hasn't held a brush in months due to his son's medical condition.

Help this devastated father who is struggling to save his only son’s precious life. Your generous contribution can help him recover and stay alive. 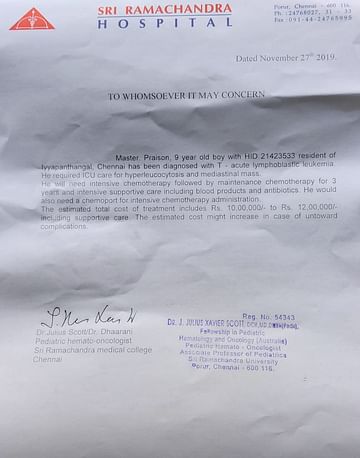 871 others have contributed
Click here to know more about Praison