They Found A Cure For Their Child's Disease After A Year Of Suffering, But Can't Afford It | Milaap
loans added to your basket
Total : 0
Pay Now

G
You are sending a message to
Gangadher
Go back

They Found A Cure For Their Child's Disease After A Year Of Suffering, But Can't Afford It 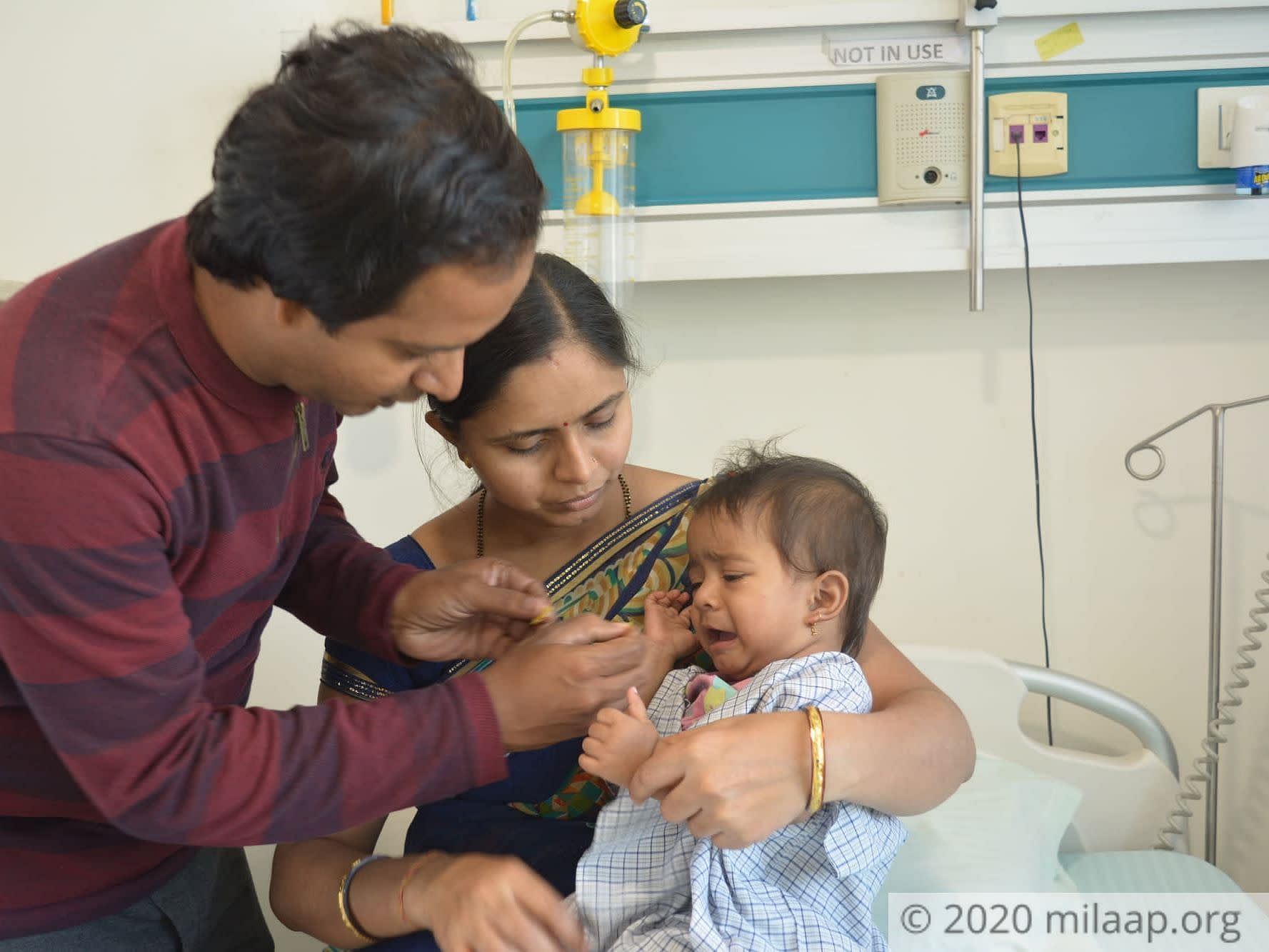 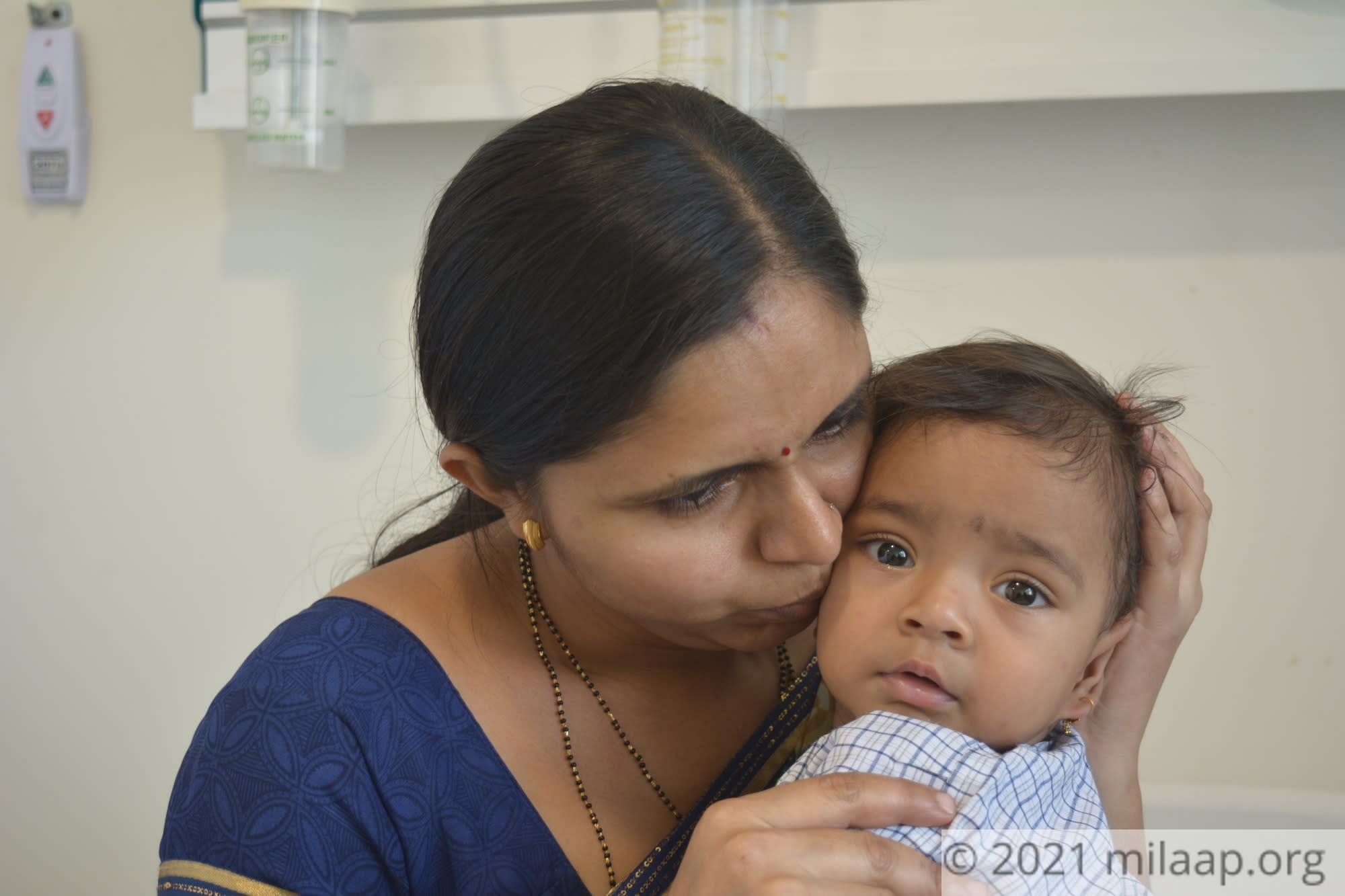 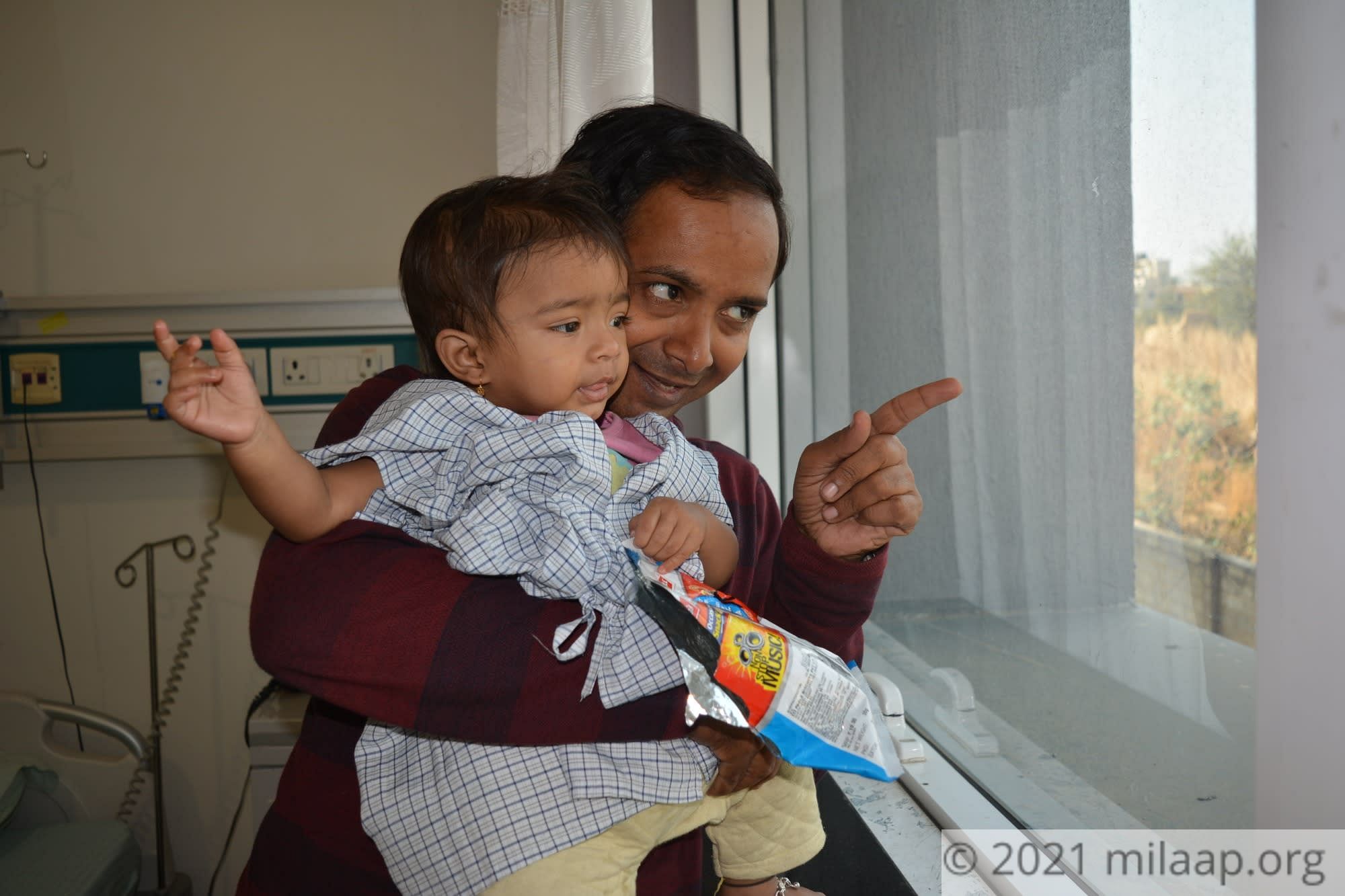 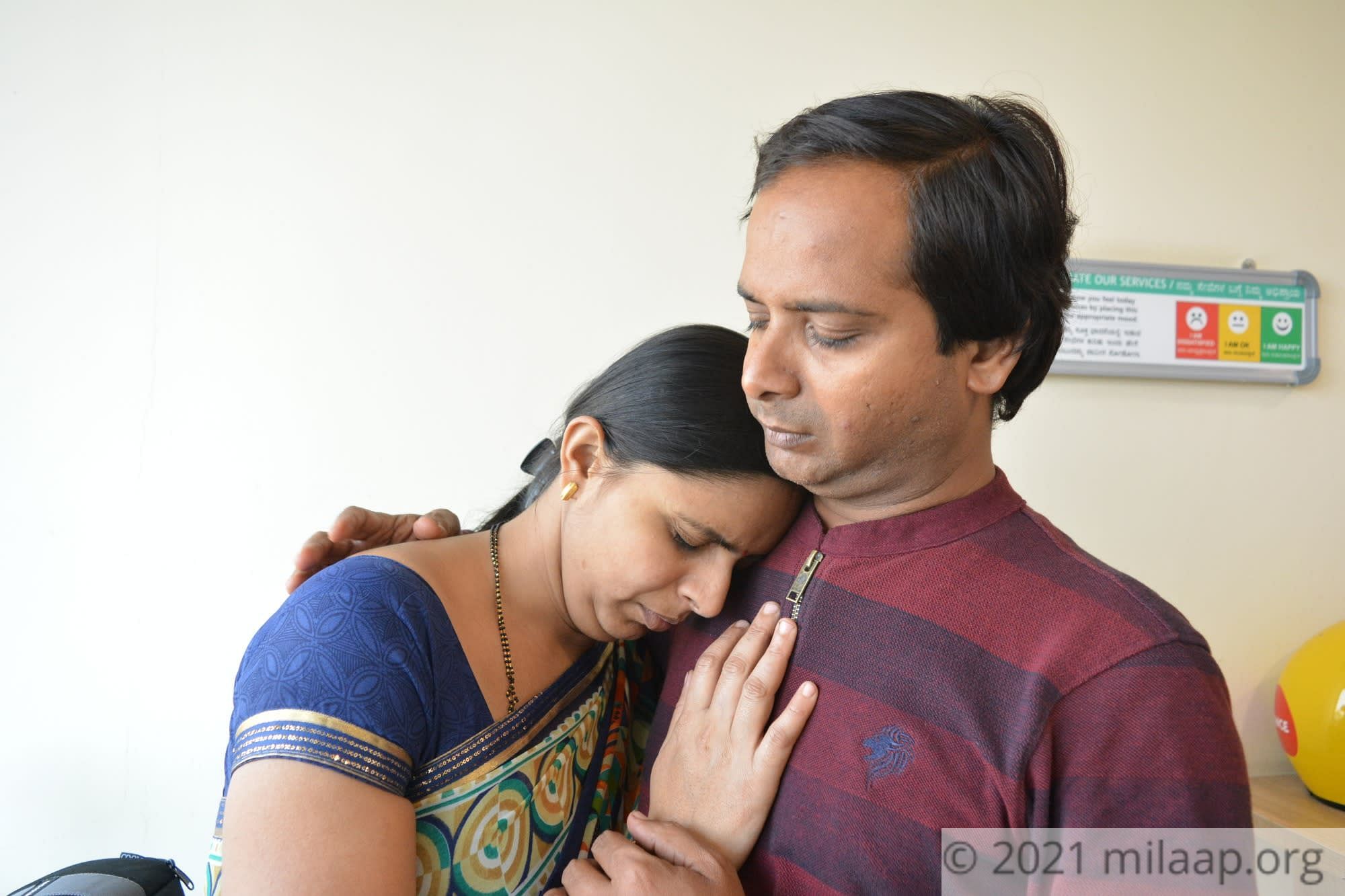 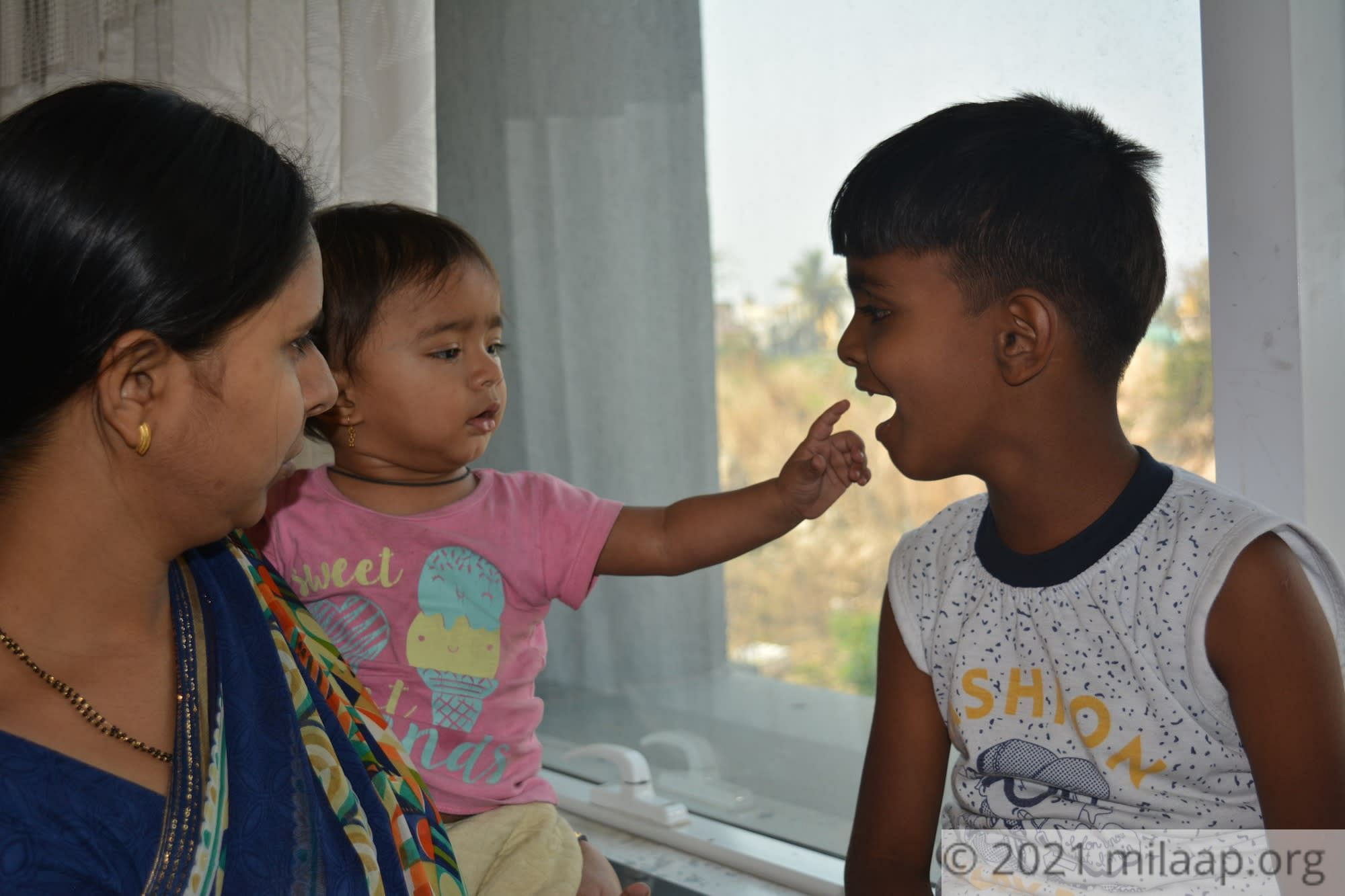 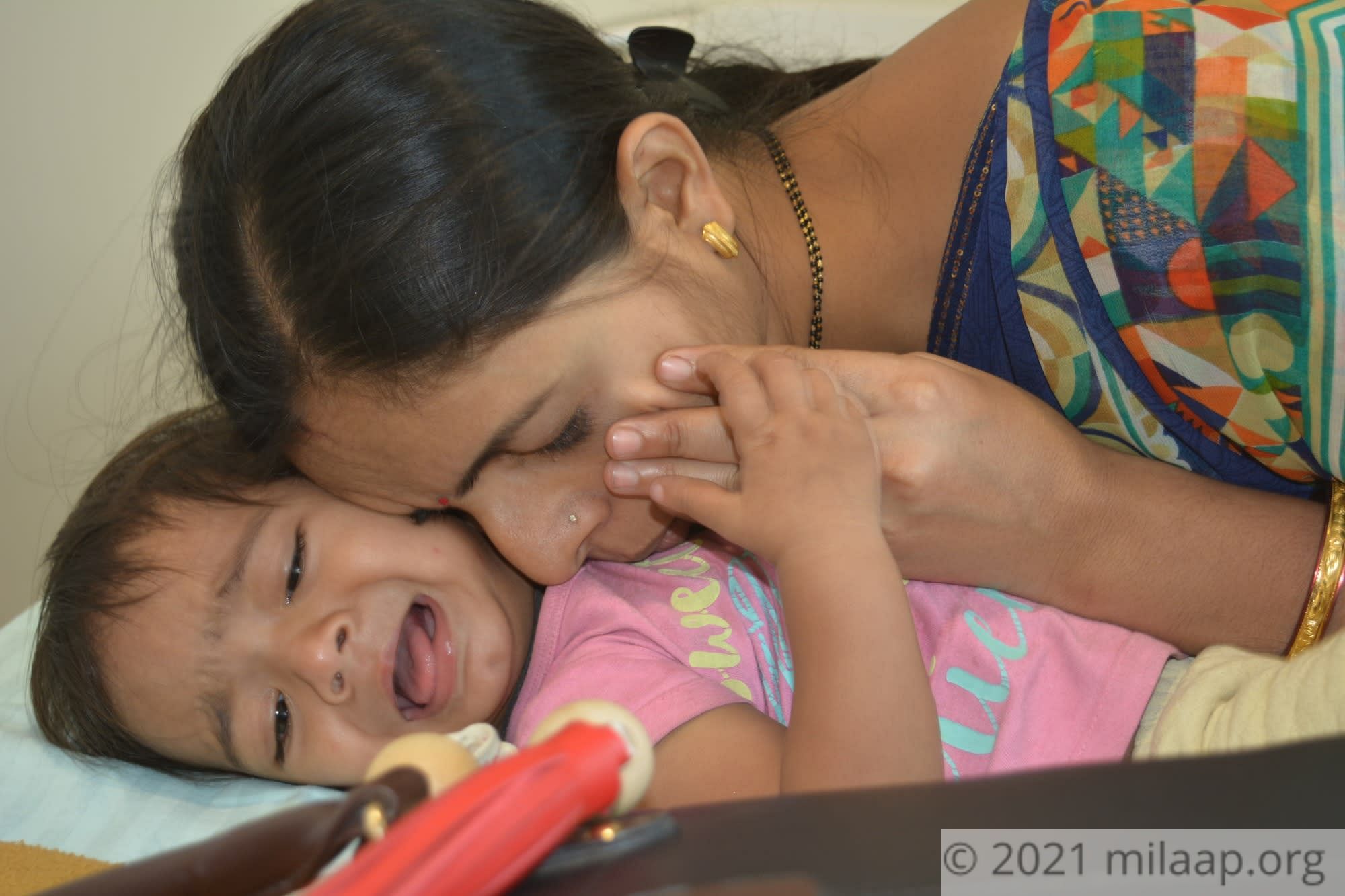 “When the doctors told us that Ojasvi might have got this disease from my wife and me, our hearts sank! Does this mean that our daughter is suffering because of us? Could we have done something that would have stopped this from happening? So many questions were going on in our minds but the worst one was if my daughter will survive this disease…,” - Vinayak, father of little Ojasvi.

Almost a year ago, Ojasvi was diagnosed with Thalassemia Major. Her body doesn’t produce enough blood. She needs an urgent transplant to fight this disease. 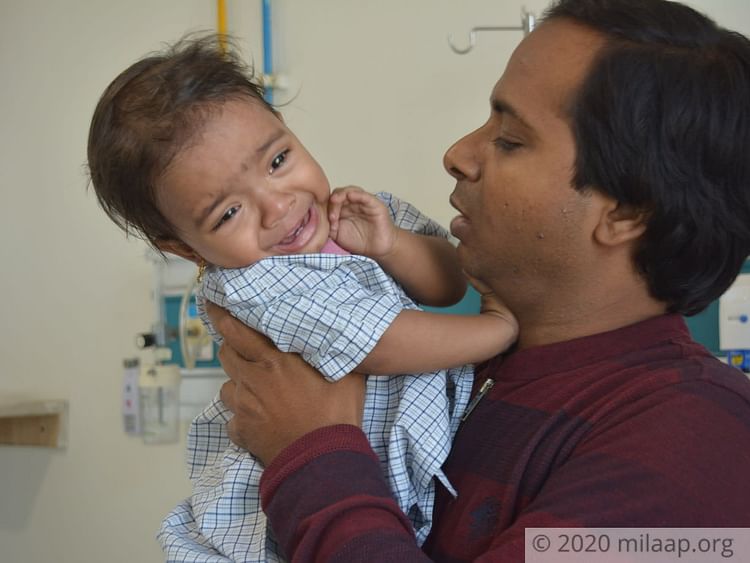 Ojasvi was 5 months of age when her mother, Prerna, noticed the swelling - underneath her eyes and her legs. Then she became very weak, all of a sudden. It seemed abnormal and the worried parents immediately took her to the doctor.

“And a few tests later, we got to know about Ojasvi’s condition. The local doctors said that she needed to be started on blood transfusions immediately. They added that this will be her life for all the time she stays alive. She couldn’t have a normal childhood,” - Prerna, mother. 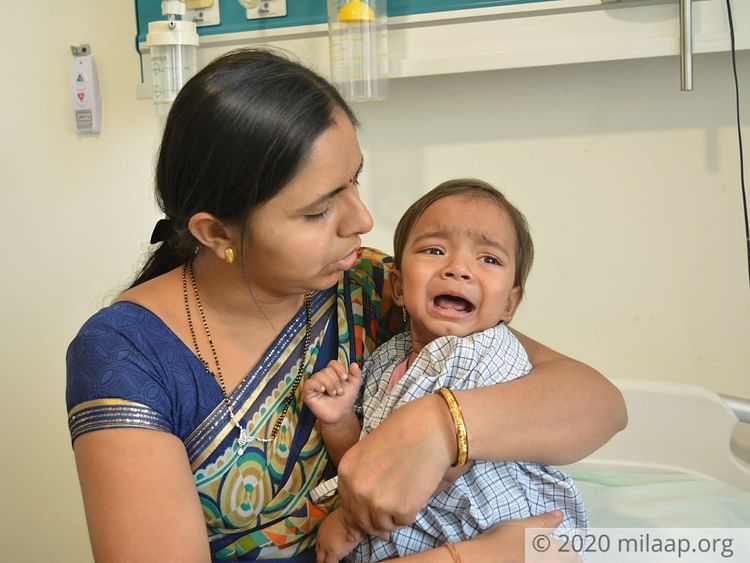 The parents were heartbroken when they heard this. But they didn’t lose hope. After enquiring about this disease and its effects, Vinayak decided to take Ojasvi to a bigger hospital in Bangalore.

Finally, we found hope but how do we afford the treatment?

Doctors in Bangalore told the worried parents that Ojasvi has hope. A bone marrow transplant can cure her for good. And luckily for her, her elder brother is a matched donor too. She is almost 2 now and now is the best time for her to undergo the transplant. The only roadblock is the cost of the treatment - it is over 18 lakhs. 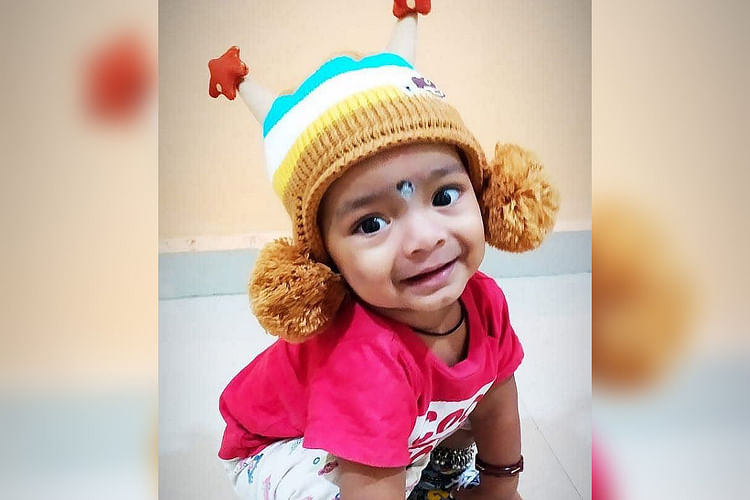 “We almost cried with happiness when we were told that a transplant can cure Ojasvi. We were so relieved to know that those monthly transfusions will stop now, she won’t have to go through that painful procedure. We started gathering as much money as we could but 18 lakhs is a lot! I won’t be able to afford the cost without your help,” - Vinayak, father. 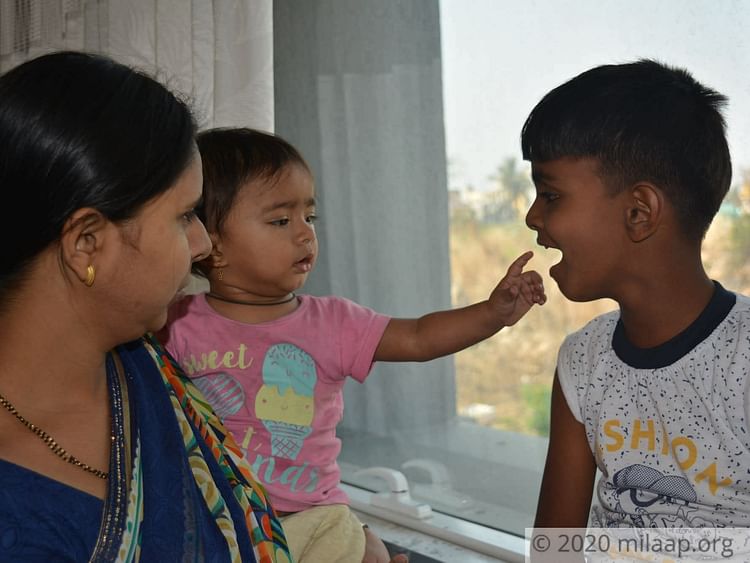 Ojasvi with his elder brother
Vinayak used to work as a helper at a nearby local hospital, he earned about Rs 12,000. But in the last one year, he had to spend over 15 lakhs on his daughter’s treatment. His savings are over and his condition is so dire that he had to take his son out of school too.

The situation has aggravated with the lockdown, he doesn’t even have any income. He is looking up to you for help. A small contribution will go a long way in saving this little girl. 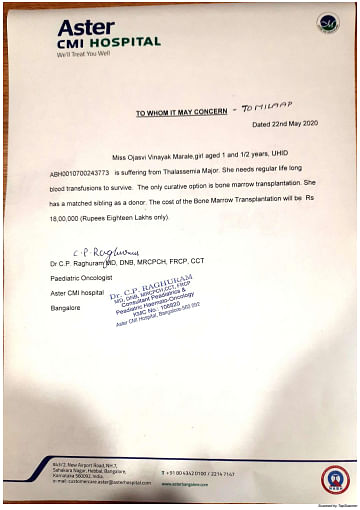 Click here to know more about Ojasvi Vinayak
Donate now
OR
Click here to read the instructions before you make a bank transfer.

My prayers with u.

Donated to this campaign via Bank transfer/QR Code? Click here if you can’t find your donation listed below.
DR
Deepalakshmi donated $100

My prayers with u.

May God shower his blessings over your Angel.love and prayers with you.