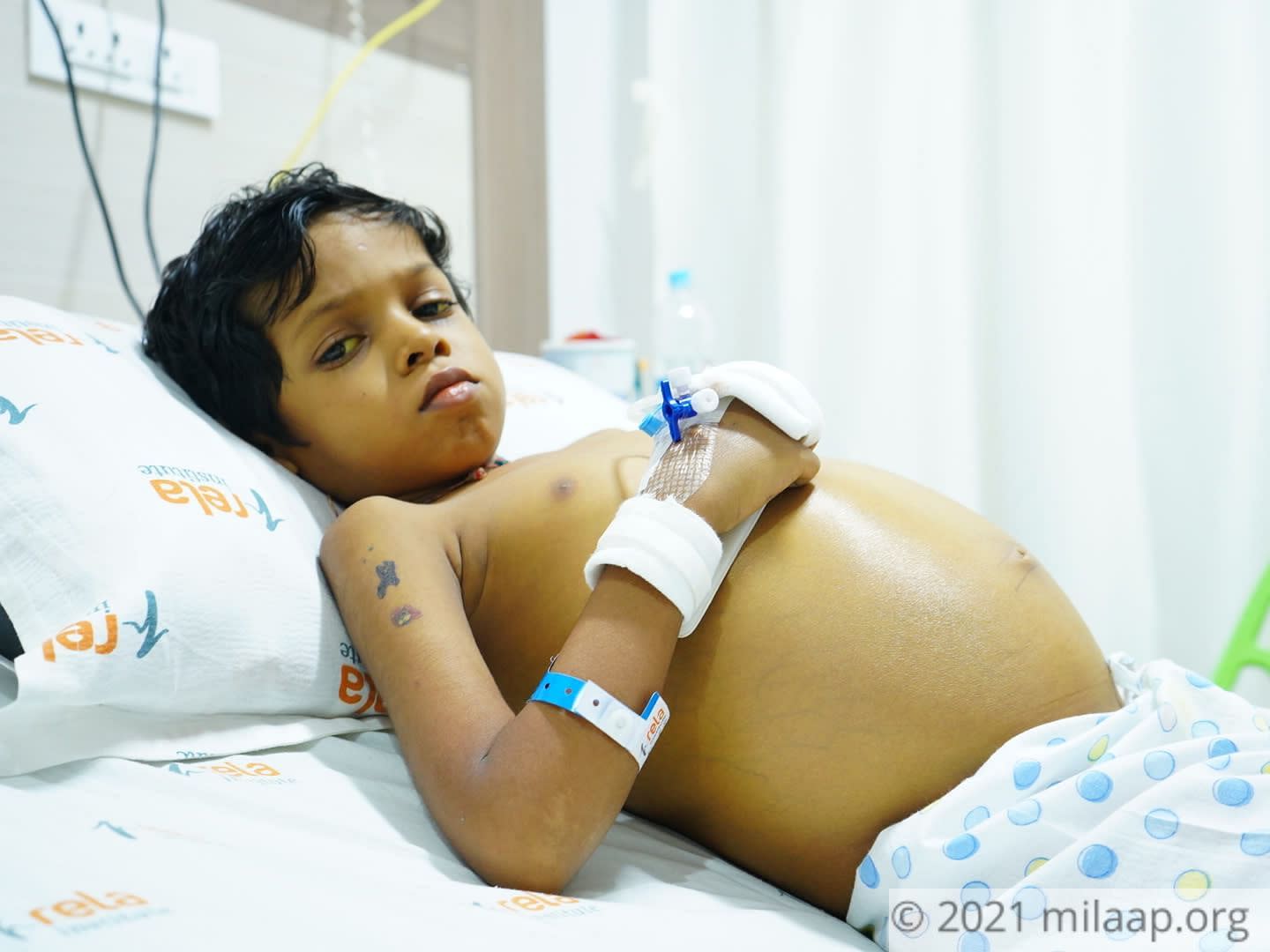 Share
“He was a little boy, just 6 months old, when we noticed his eyes turning yellow and his stomach getting a little swollen. Medicines did make it okay but it was just temporary. Every year during summers, he would go through the same thing and no matter how many doctors we visited, everyone told us not to worry, and that over the years, it will get better. Looking at his happy face, we believed it to be true, but now my child is fighting for his life. His liver is failing beyond repair and I am unable to save him.” - Bhasker, father 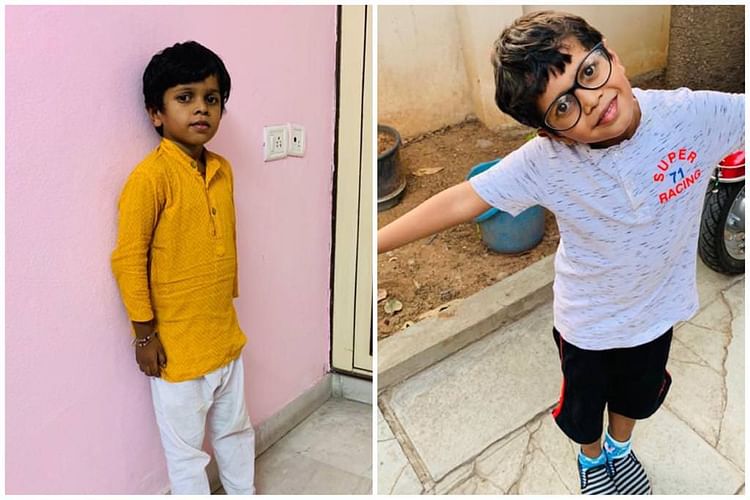 I fear his stomach might burst due to the pressure

2 weeks ago, 7-year-old Nithesh was rushed to the hospital in a critical condition. His stomach was bloated beyond control and the child was in immense pain. After investigations, he was diagnosed with chronic liver disease. His liver is failing and the only curative option is a liver transplant.

“He has been sick since he was a little kid but it never got this severe. He would always get better and get back to his normal chirpy self. This time, it’s only getting worse. He cries most of the time, unable to sleep, eat, or even move due to the excruciating pain. His stomach has grown so much that I fear it might burst anytime…” - Ganga, mother 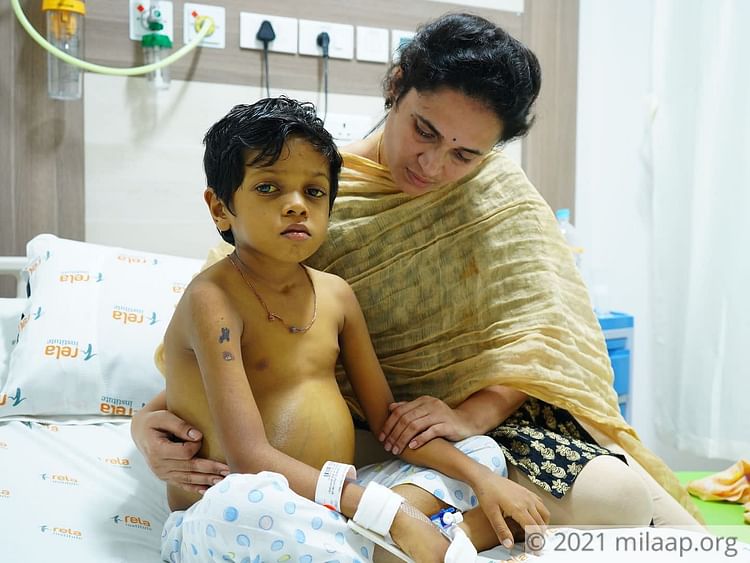 Nithesh’s father is ready to be the donor and has undergone all the necessary tests to see if he is a fit. Everything is ready for the little boy’s transplant except for funds. Bhasker and Ganga have exhausted everything they had for Nithesh’s treatment so far. They even took loans and sold their valuables but they are nowhere close to the amount required.

The transplant will cost the parents over 20 lakh rupees which is beyond their means. But without the transplant, their brave son won’t be able to make it. 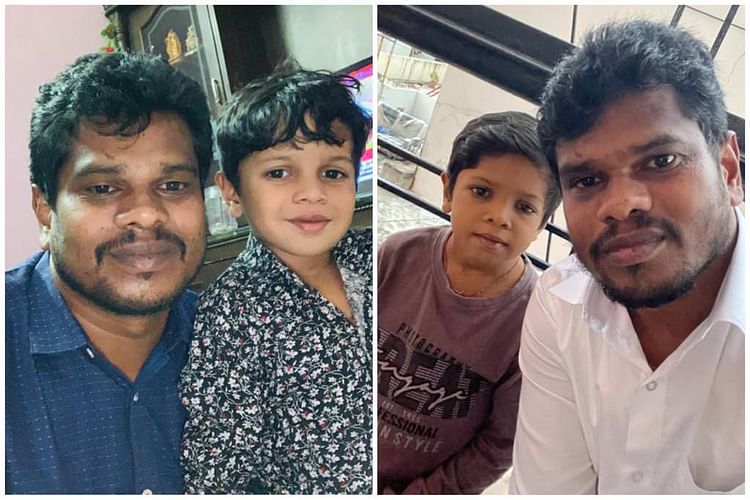 They need your help to save little Nithesh

Ganga is a homemaker and Bhasker is a private employee with a salary enough to provide his family with a basic but comfortable life. However, with ailment often comes unbearable expenses. Due to the constant medical aid that Nithesh needed over the years, the couple could barely save anything. They are in no position to afford such a costly treatment now within such a short time. They need help.

“I never thought I would see a day where there would be even a slightest possibility that I would outlive my own child. I fear losing Nithesh and I fear I won’t be able to afford this treatment. I am trying my best but I am failing, I am failing as a parent to protect my own child.” - Ganga, mother 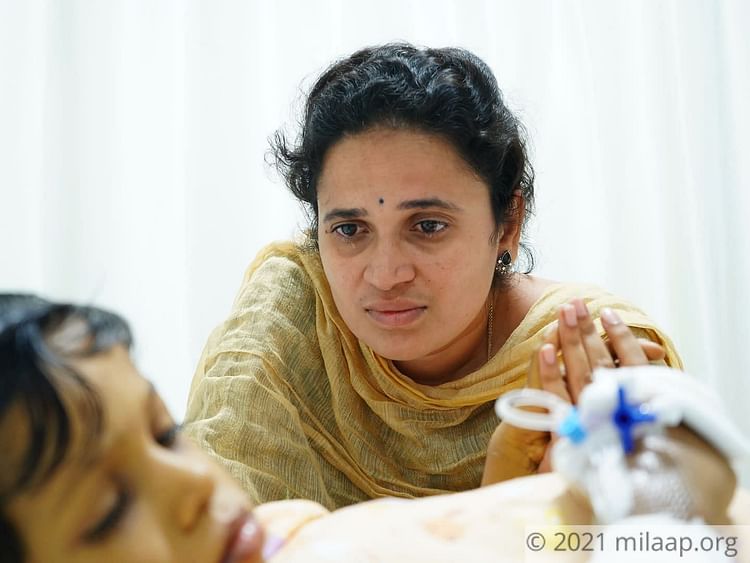 You can donate to save Nithesh. Your generous donations can give this little child a second chance at life. Click here to help Nithesh get that transplant done.
NR
Patient Nithesh Reddy is 7 years old, living in Hyderabad, Telangana
RI
Being treated in Rela Institute, Chennai, Tamil Nadu