They’re Afraid To Even Name Their Newborns Because They Can’t Save Them | Milaap
loans added to your basket
Total : 0
Pay Now

R
You are sending a message to
Raghavendra
Go back 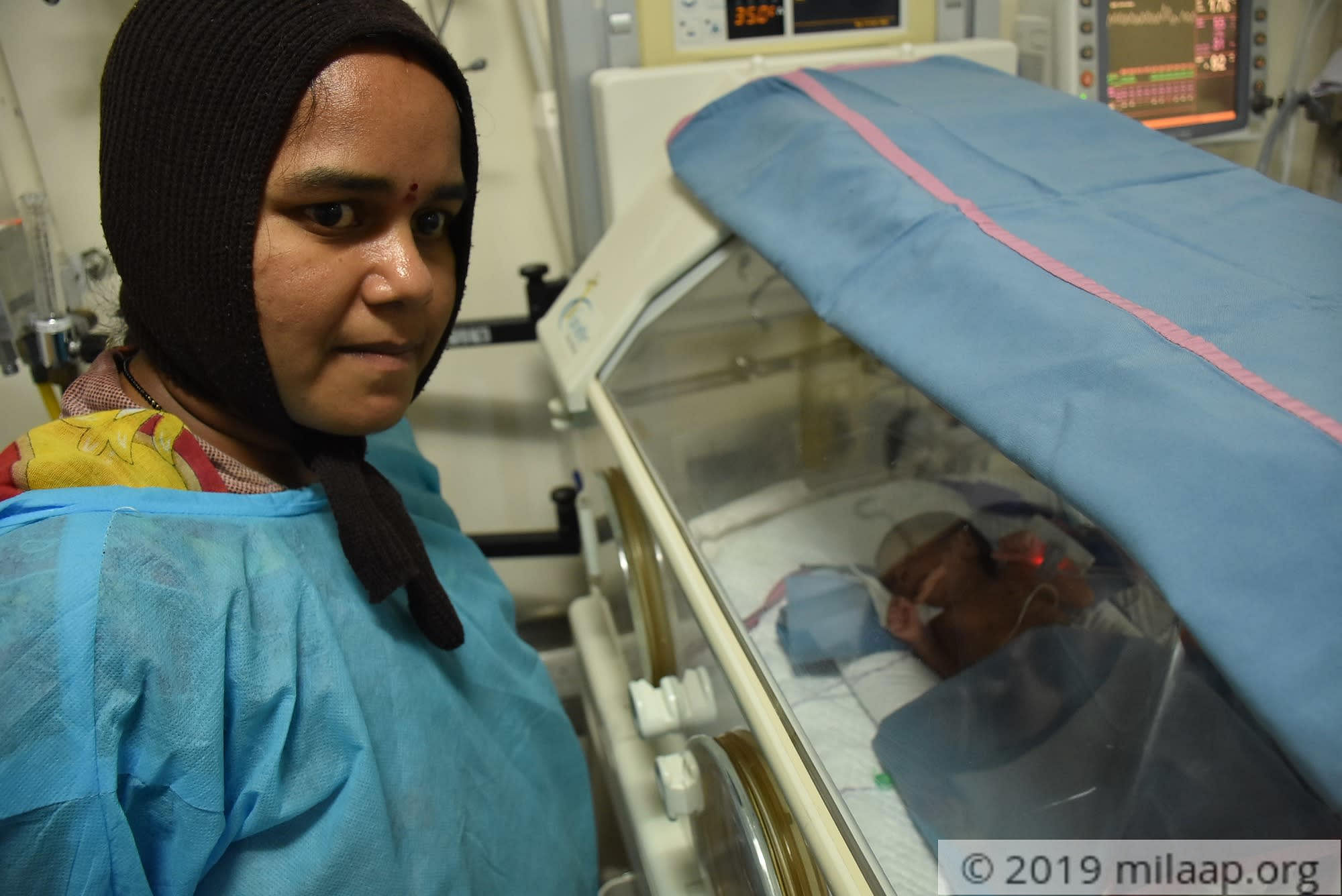 Share on facebook
After waiting years for a child, and losing their last newborn, Ramakrishna and Nagalakshmi took every precaution during pregnancy. She was admitted to the hospital by the sixth month so she could take complete bed rest. Despite desperately praying the babies could at least finish seven months in the womb, they were born three months premature on September 16, 2019.

“We have been in the hospital since August. We never imagined, it would be this difficult to keep them alive even after birth. We live in constant fear for their lives. Only in the last one week, they finally improved and the doctors say that we can save them.” – Ramakrishna, father of the twins

From birth, the twins have been fighting to live

The twins were born extremely premature at just 28 weeks, both weighing less than 1kg. At birth, they couldn’t feed. They can’t breathe because their lungs are not yet fully formed. They are unable to maintain their body temperature and struggle with infections because they are not prepared for the world outside their mother’s womb.

“It has been very hard. We don’t have the courage to even think of going home, or come up with names for our children. But over the last two months, we have seen our babies overcome their difficulties one by one. Now, they just need to start breathing on their own and weigh at least 1.5 kgs. It is just a matter of supporting them for a few more weeks.” – Ramakrishna

Ramakrishna worked as a pharmacist in a company. But due to complications in his wife’s pregnancy and the premature delivery, he had to quit work. He never knew when he would be called to the hospital, to donate blood or to give consent for critical procedures. This has been the reality of his life for the last four months.

“I have paid bills of over Rs 15 lakhs with my uncles’ help. I still need to pay more than that to save our babies. I’ve never even earned this much money. When I start thinking about how to arrange more, I can’t go to sleep. They’re finally starting to breathe on their own. Open their eyes and see us. I pray to God to somehow help me save them.” – Ramakrishna

Without help, Ramakrishna can’t save the twins

Ramakrishna, Nagalakshmi have done everything they could to get to this point. They lost their previous prematurely born baby due to lack of facilities in their hometown. Ramakrishna even moved to Hyderabad to make sure Nagalakshmi and the babies get the right treatment. He needs just a little more help to ensure his children’s survival. 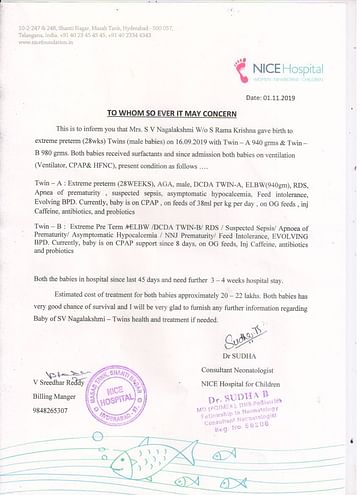 Click here to know more about Babies of SV Naga Lakshmi
Donate now
OR
Click here to read the instructions before you make a bank transfer.