This Father Stays Awake All Night With His Crying Son To Ease His Pain Of Cancer | Milaap
loans added to your basket
Total : 0
Pay Now 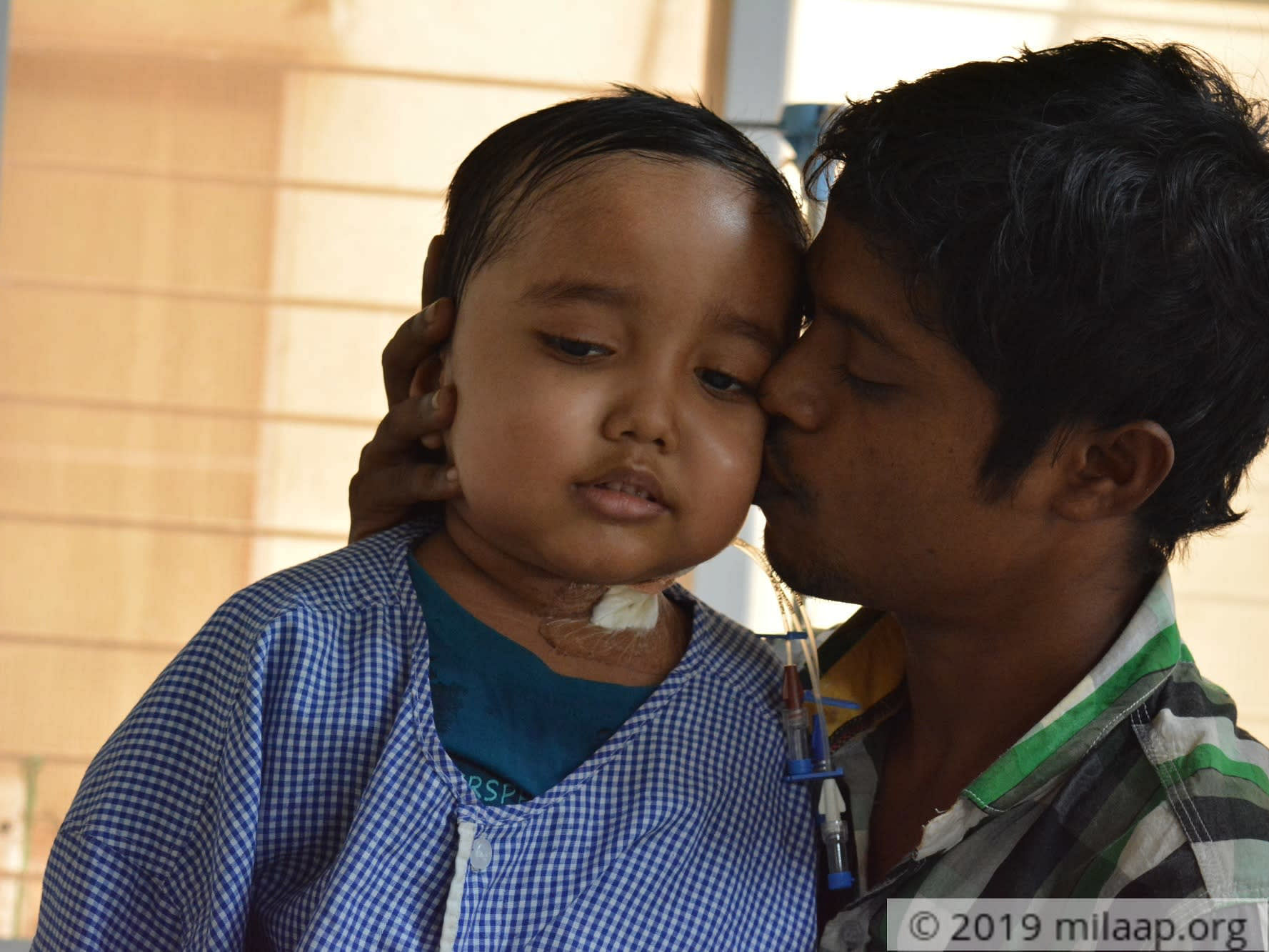 “My wife keeps calling me - almost every 10 minutes. I can’t even blame her. That’s all she can do. She wants to hear that Murasalim is doing fine, that I will take him home soon. I wish I can tell her all that. But our son is fighting deadly cancer, I don’t know how much longer he has...how do I tell this to my wife?” - Kashim Sheikh, father of 5-year-old Murasalim.

His mother can’t be with him in Bangalore. She has to take care of his younger son back at home. Murasalim, however, doesn’t have any idea about his ailment. He is his own talkative self, chatting with the patients beside his bed.

As the swelling started spreading, the parents started getting more and more scared

They first noticed the swelling in his neck. They thought it was because of a cold infection. But then it started spreading and Kashim and Moina Bibi knew something was wrong.

“It spread to his armpits and then his groin and even his face.  We got scared. What was this happening to our son…?” - Kashim.

A series of tests and these poor parents were told that their son is fighting cancer. They were advised to go to Bangalore without any further delay.

Some nights he just can’t sleep, the pain is too much - I stay awake with him wondering if this will ever end…

Murasalim is undergoing the second cycle of his chemotherapy. The rigorous chemo has taken a toll on his body. He is weak and tired - there are rashes on his body too.

“Some nights are harder than the others. He is unable to sleep, not even for a minute. He is so restless, keeps telling me how his entire body is burning. Nothing calms him down. I want all this to end, I want to take him home,” - Kashim.

Kashim is a mason who earns on a  daily basis. Most of the days it’s not even enough to feed his family. He has spent over 2 lakhs borrowing from his relatives.

“But how much will they do? They are poor like us. They have done as much as they could do. But I need over 5.5 lakhs to cure my son. I feel helpless and angry. Please help me,” - Kashim.

Murasalim is only 5 and is fighting a deadly cancer. His father is a daily wager who can't afford his treatment - a generous contribution from your side can save him 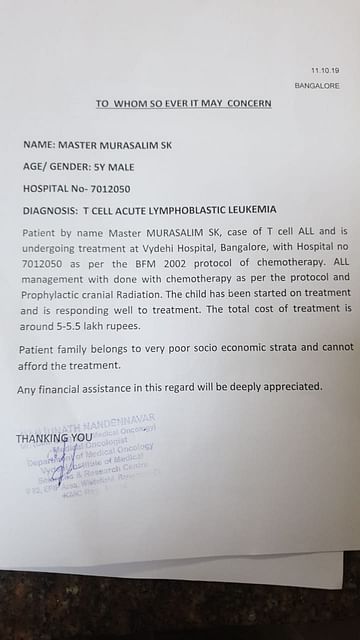 Click here to know more about Mursalim
Donate now
OR
Click here to read the instructions before you make a bank transfer.

Supporters
m
milaapadithyafunds Rs.300,000
A
Anonymous €100
32 others have contributed
Click here to know more about Mursalim

May Sai Bless the child

Pray to the Only Son of your Heavenly Father. He is All-Powerful, All-Good and All-Knowing.

Get well soon...God bless u!