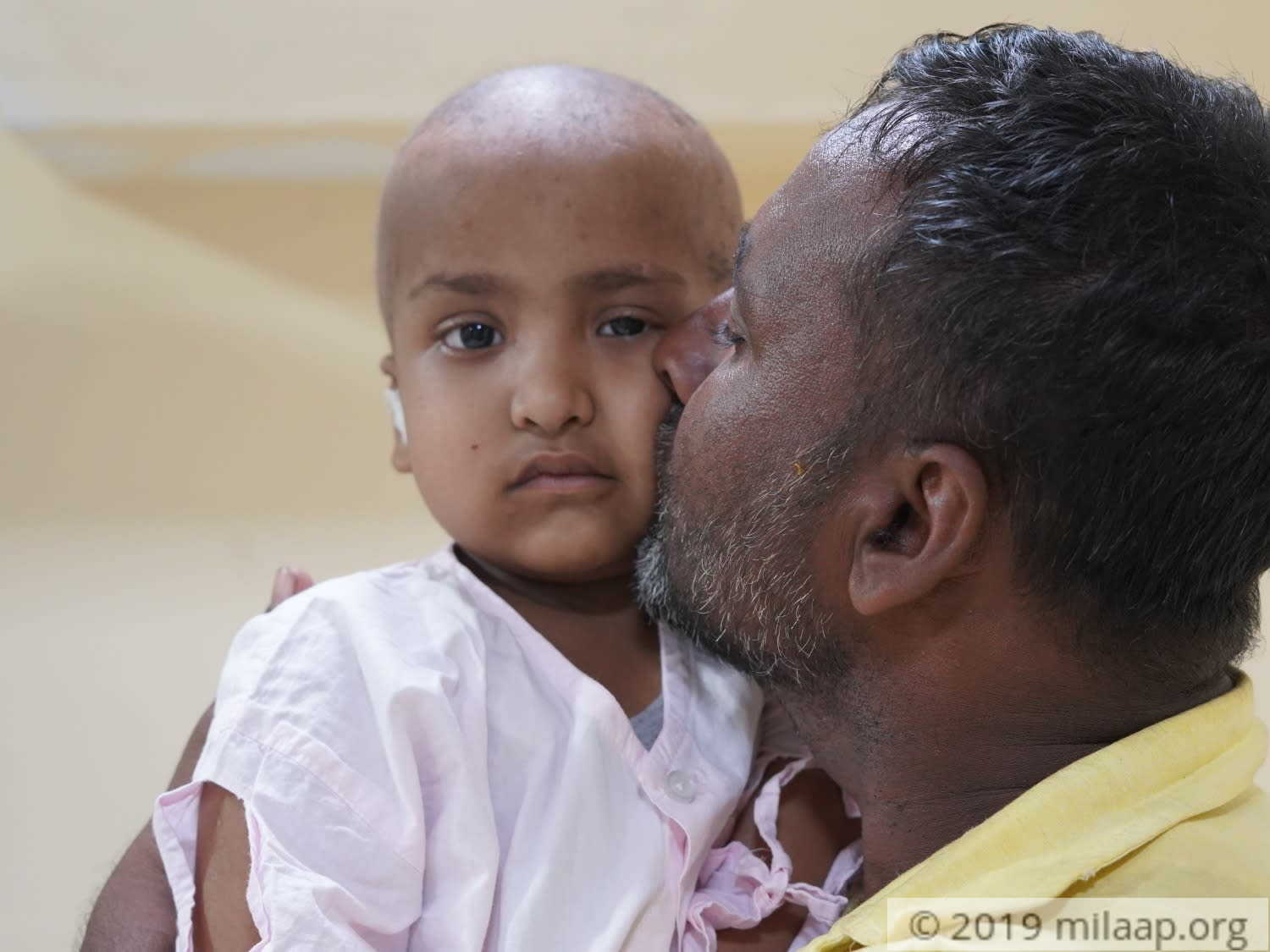 Share
Ali’s first surgery left him a big scar at the back of his head. The little boy can feel the stitches but can’t see them. He keeps touching the scar, and asks his parents “when will it go away?”

“He asks me about his hair. He looks at mine and asks me, ‘when will I have hair like you?’. I tell him that it will grow back soon. But the last time I said so… he had to have another operation. I just want to end this cycle. I don’t want him to suffer again.” - Ayan, father

Ali was diagnosed with a cancerous tumour in his brain when his parents noticed him walking with his head tilted and a limping leg.

Ali was just 2 when he had his first surgery for his brain tumour. Ayan and Nikath thought everything was going to be fine, but soon after he turned 6, it happened again – the cancer came back.

They were forced to take him back home, untreated

“He needed a second surgery and 21 rounds of radiation, but we can’t afford the last one thing that can end all this…end his suffering – chemotherapy. Without it, all our efforts are futile. All that he fought for will be for nothing. I wish we had just a little more money to save him.” – Ayan

After his cancer relapsed, Ayan, Nikath and Ali stayed in Mumbai, 700 km away from their village in Amravati for his treatment. Unfortunately, since they can’t afford to continue his chemotherapy, they had to go back home. Ali now isn't getting treated for his cancer, he's at home, waiting. They need 3.5 lakhs more to complete little Ali’s treatment but they can’t afford it.

He can’t go to school so his sisters teach him

Ali has two elder sisters. Ali wishes he could go to school along with them but he can't until he has fully recovered.

“He can’t go to school,not yet. But my daughter's teach him daily. He wants to go to school with them. I am grateful to Allah that everything went well so far but without the chemo…we can lose him. We just don’t know what to do!” - Nikhat

Ayan works as a daily wage labourer and whatever he had, his savings, the money he borrowed, the money from the land he sold, all has been spent on his treatment so far. You are his only hope for saving his kid from cancer. All he needs is 6 cycles of chemotherapy. You can give Ali a normal life. Your little help can save him.