She Gave Birth To A Miracle Baby At 45, Now She Risks Losing Her To Cancer | Milaap
loans added to your basket
Total : 0
Pay Now

She Gave Birth To A Miracle Baby At 45, Now She Risks Losing Her To Cancer 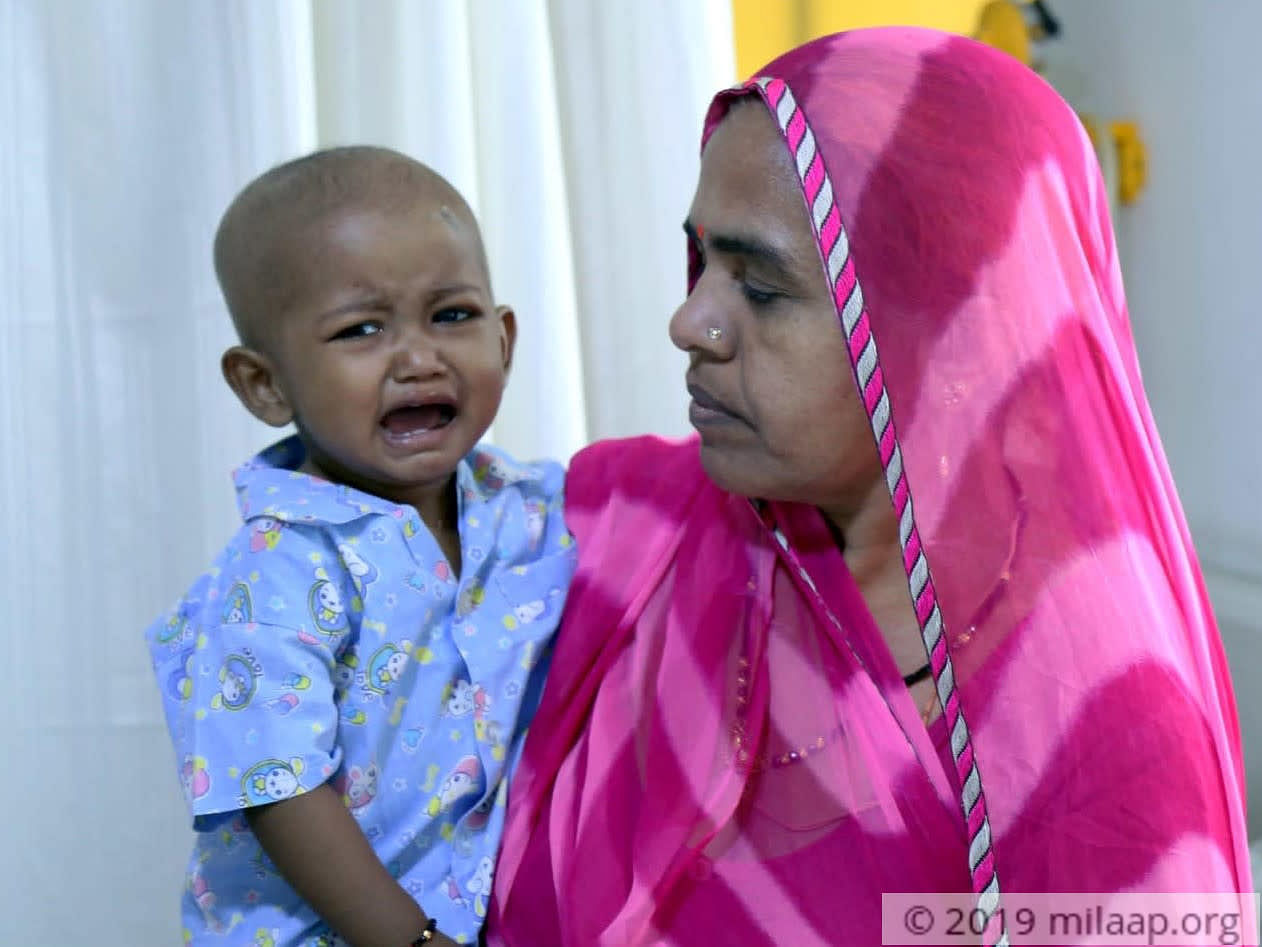 Share on facebook
“My husband and I got married more than 20 years ago. One year passed, then two, then three, but my dream of becoming a mother remained unfulfilled. Over the next two decades, I gradually lost almost all hope I’d ever have a child of my own. But then… last year… I was blessed with a miracle. I gave birth to my little Mihita, the fruit of 20 years of daily prayer. And now… now she’s slowly dying in front of my eyes and I can’t do anything about it…”
– Sumitra (45), mother

Little Mihita became the apple of everyone’s eyes in the village as soon as she was born. And why not? She was cute, always bubbly, and loved laughing. She was also a fast learner, uttering her first word – Ma – at just 6 months old. But those who see her now can’t recognize her as the same little girl who used to bounce in excitement whenever someone played with her.

“Her lip started swelling, and soon she started getting tiny rashes and bruises on her face. We thought maybe some insect had bitten her and so we took her to our village’s doctor. He looked at her for a while, then asked us to go to the city and get her checked out at a big hospital. We were already scared, but on our way to the city, Mihi started bleeding from her nose. That just... it terrified us...”

Even though they were already imagining the worst, the diagnosis caught them completely off-guard

Little Mihita is suffering from Acute Lymphoblastic Leukemia, a form of cancer that affects her bone marrow and blood. Because of her condition, she barely eats anymore, is tired all the time, has trouble breathing, and has recurring fevers. And the bruises and spots have started appearing on the rest of her body as well.

“We sold whatever we could and were able to get her chemotherapy treatment starting July. But we’ve run out of money now, and she needs 2 years of treatment, not 2 months. My husband is just a farmer. Ever since this all started, after we sold our land, he has been working in others’ farms to earn as much money as he can, but it’s not enough. I just want her to start smiling her beautiful smile again… my little sweetheart only cries now, and it just crushes my heart…”

With steady treatment, little Mihita has a great chance of making a full recovery. When she grows up, she wouldn’t even remember this part of her life. But, while this family loves their little girl as much as any other family would, they happen to be too poor to save her life in this time of crisis.

You are now the only hope they have of saving her. Donate now, and save this miracle child from dying needlessly. 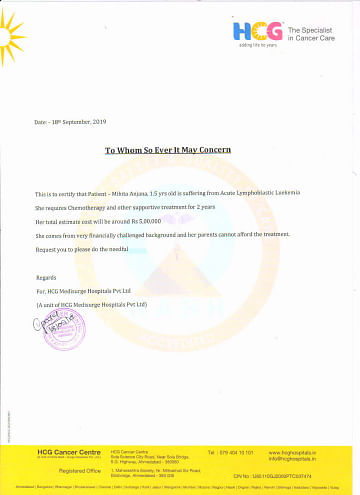 Click here to know more about Mihita Anjana
Donate now
OR
Click here to read the instructions before you make a bank transfer.