High On Ambition, This Teenager Is Hellbent On Beating Cancer For The Second Time | Milaap

High On Ambition, This Teenager Is Hellbent On Beating Cancer For The Second Time 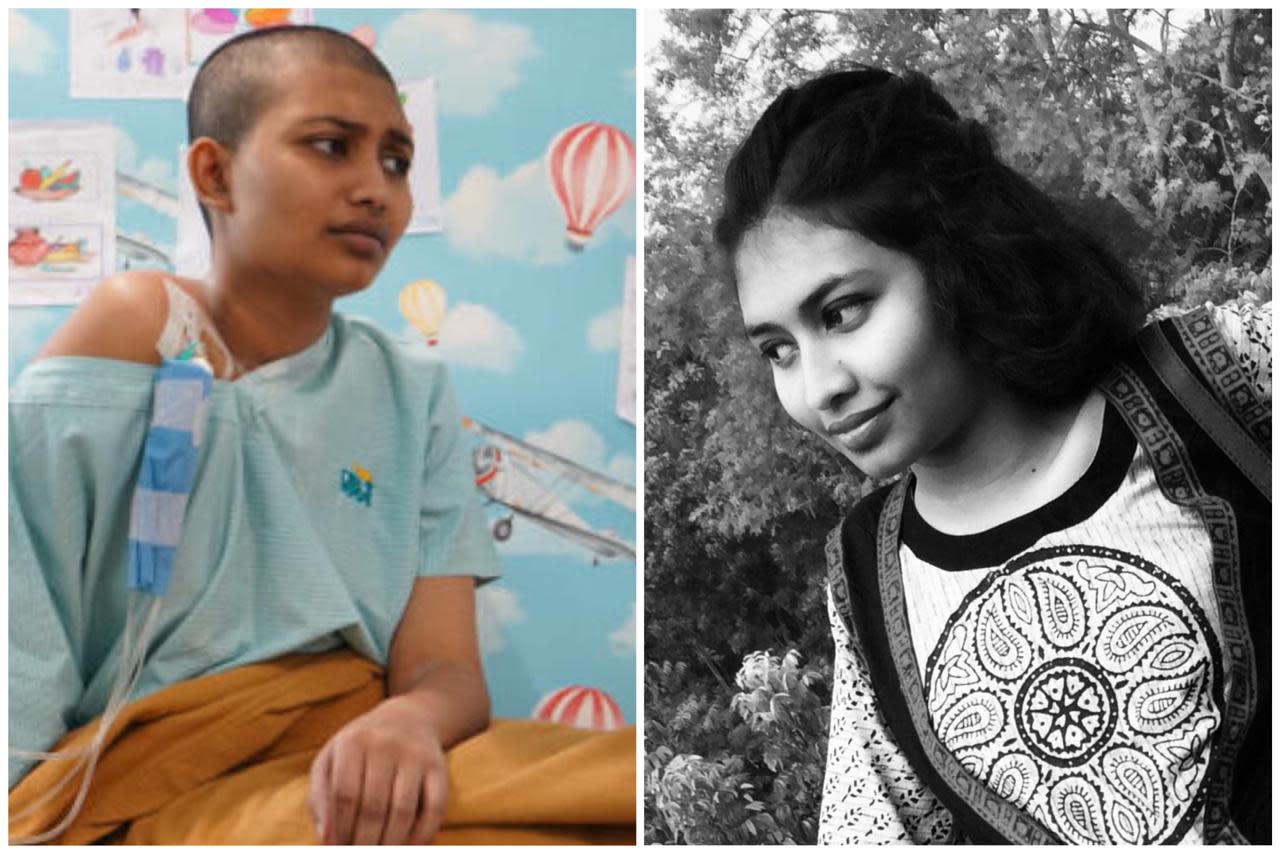 Share
“I never thought it would be reduced to this, endless commute between the hospital and home. I would have been in college by now if I hadn't fallen sick. A mere back pain ended with me undergoing 2 surgeries and countless rounds of chemotherapy. Battling cancer is not easy, and I won't give up without a fight. But watching my parents struggle financially is killing me. I want all this to end soon, so that we all can go back to our normal and happy life.”
- Mayesha

She was diagnosed with cancer twice

17-year-old Mayesha had a tumour growing on her spine and underwent 2 major surgeries to remove it.  But no matter how many times the biopsy sample was tested, the results suspected tuberculosis and she was given medication accordingly. However, her symptoms and treatment made no sense, and only after persistent consultation with different doctors, was her ailment finally diagnosed - Hodgkin’s Lymphoma, cancer of a part of the immune system called the lymphatic system. As the cancer progresses, it limits the body's ability to fight infection.

But just as she completed her cancer treatment, life threw another curveball at her. She was diagnosed with yet another type of cancer - Acute Lymphoblastic Leukemia, cancer of the blood and bone marrow.

Despite all odds, this brave girl kept fighting

“I was mid-way through writing the 3rd paper of my board exams, when my back suddenly started aching again. I already had a surgery for it a few months ago and I really wanted to believe that I was okay. I kept fighting the pain and tried to concentrate on the exam. But after a while it just became so unbearable that I fainted and had to be taken to the hospital. The doctors said that I would risk having paralysis if I didn’t undergo surgery immediately but even after all that, I was diagnosed with cancer twice!” - Mayesha

Despite everything, this young girl bravely fought for what she wanted, and recently cleared her 10 grade board exams. She became a rank holder and continued her battle to survive. Mayesha has a lot of aspirations, and cancer is threatening to not just take them away, but her life is at risk too.

She needs your help to survive

Mayesha needs high-dose chemotherapy followed by a bone marrow transplant to beat cancer. The treatment will cost the family a sum of 30 lakh rupees, which they cannot afford. Abdul and Momena, her parents, have left no stone unturned to keep her treatment going thus far. They used up their savings, sold their land, and took loans. Now, due to non-timely payments, they are disbarred from availing any further loans. They are failing to continue their daughter's treatment any further.

“What she has gone through can crumble anyone’s spirit, but my daughter kept fighting through it all like a warrior. She was just diagnosed with cancer again when it was her 3rd attempt at board examinations but it didn’t stop her. Yet we, on the other hand, are failing miserably to save her and keep up with her medical expenses. All doors are closing on us and there is nowhere else we can go. This fundraiser is my only hope.” - Momena, mother