One Of The Rarest Diseases In The World Is Killing This 2-year Old, He Needs Urgent Help | Milaap

One Of The Rarest Diseases In The World Is Killing This 2-year Old, He Needs Urgent Help 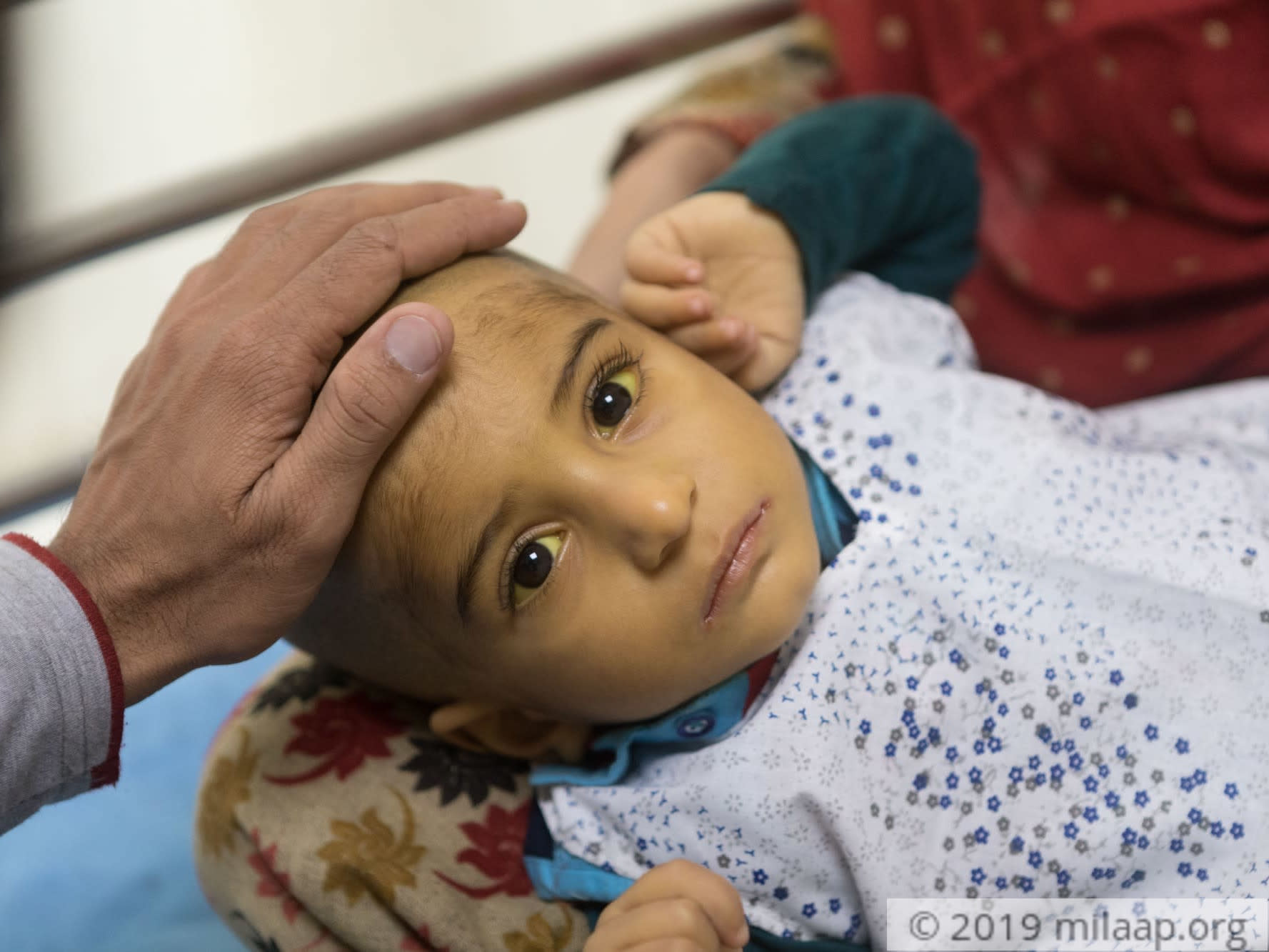 Share
“My son hasn’t learned to call me Papa yet. He’s 2 years old, and he has never called me Papa. Can you imagine what that feels like? I usually try not to think that my son may die soon, otherwise I couldn’t sleep at night. But when I’m with him and trying to make him laugh, and he looks at me with those beautiful eyes I can’t help but hope today will be the day he finally calls me Papa… But then he doesn’t. And my heart breaks a little each time.”
– Yaqoob, father

They thought it was infantile jaundice

Yaqoob and his wife Zaitoon could tell that all wasn’t right with their son just one month after his birth. They had noticed that their newborn’s skin and eyes were turning yellow, and had rushed him to the hospital. When the doctors told them it was just infantile jaundice, a fairly common condition, they had been relieved. But they were greatly mistaken, as they would find out soon.

"He had just turned 3-months-old and his condition was getting worse by the day. This time when we took him to the hospital, even the doctor was startled. Our baby’s eyes and skin were bright yellow..."
– Yaqoob

The hospital immediately ran some tests, and it was when the results came out that they discovered how bad little Maqbool’s condition was. He was diagnosed with Crigler-Najjar, a disease that affects only 0.000001% of babies in the entire world.

One of the rarest diseases in the world

Crigler-Najjar is a disease that causes a build-up of a highly toxic substance called bilirubin in the bloodstream. Usually, the liver converts this substance into a stable form that the body can handle. But babies with this disease have malfunctioning livers that don’t do this job, resulting in severe jaundice. Little Maqbool has the more severe form of this disease, called CN-1, where the build-up of bilirubin also reaches the brain. This has resulted in his growth being stunted, both mentally and physically, and his life is now in great danger.

Liver transplant is the only solution, but…

“I used to be a farmer. I sold all my land but the money wasn't enough for such a surgery. Ever since, for the past year and a half, I've been working as a security guard and trying to come up with the rest of the money by asking for loans. But I need 18 lakhs! And now the doctor is saying my son is running out of time, that he may only have a month left. The thought kills me, but I’ve been starting to wonder if I’ll ever hear my son call me Papa, before... before he…”
– Yaqoob, unable to continue

Despite their best efforts, this family has been unable to raise enough money for little Maqbool’s surgery. With time running out, you are the only hope they have now.