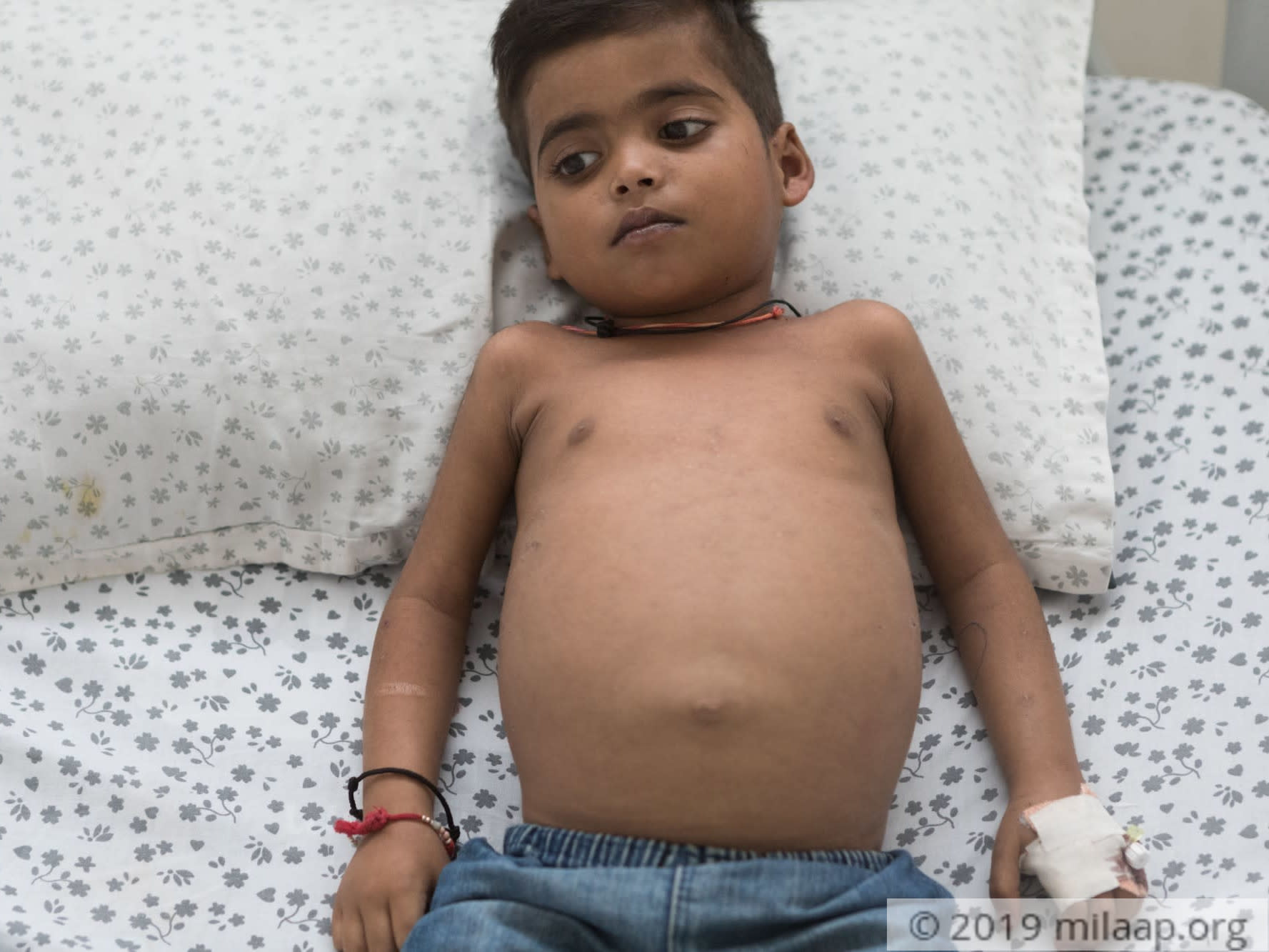 “Every day when I wake up I just wish my husband was here. My son needs him, I need him. It’s getting harder for me each day to keep my child alive. I don’t want to lose him too.” - Fatima

Abdul,the father, met with an accident in february this year while coming back home.It was a hit and run case. Fatima didn’t even fully recover from it and Mansur was diagnosed with chronic liver disease. His liver is failing and without an urgent liver transplant he will not survive.

“Since two years, my child was continuously falling sick. Fever, throat pain, loose motions and his stomach, it started swelling up. When my husband was there he used to handle everything, take him to the hospital and his medicines. Now...I can’t even afford meals two times a day, how will I... ? " Fatima, breaking into tears.

She started working as a labourer for survival

Abdul worked as a mechanic and after he passed away, Fatima started working as a daily wage labourer. But she has to take care of her two small kids as well (her daughter is just 3). She goes to work on alternate days and is somehow managing but it will not be enough to save her son.
Fatima and Abdul took Mansur to different hospitals but they were never told his condition was this serious. 2 months back when Mansur fell seriously ill, his condition came into light.

He can’t even cry his heart out, it hurts

Abdul is not the only family Fatima lost

Fatima is ready to donate her liver but the only thing that is stopping this mother from saving her child is the cost of the treatment. With your kind help, Mansur can be saved and he can live a normal life. You are their only hope.
MH
Patient Mansur Hussen is 4 years old, living in Hyderabad, Telangana
RC
Being treated by Dr. Prashant Bachina in Rainbow Children's Hospital, Hyderabad, Telangana