This 5-Year-Old Woke Up One Day To Find Herself Completely Paralysed | Milaap
loans added to your basket
Total : 0
Pay Now 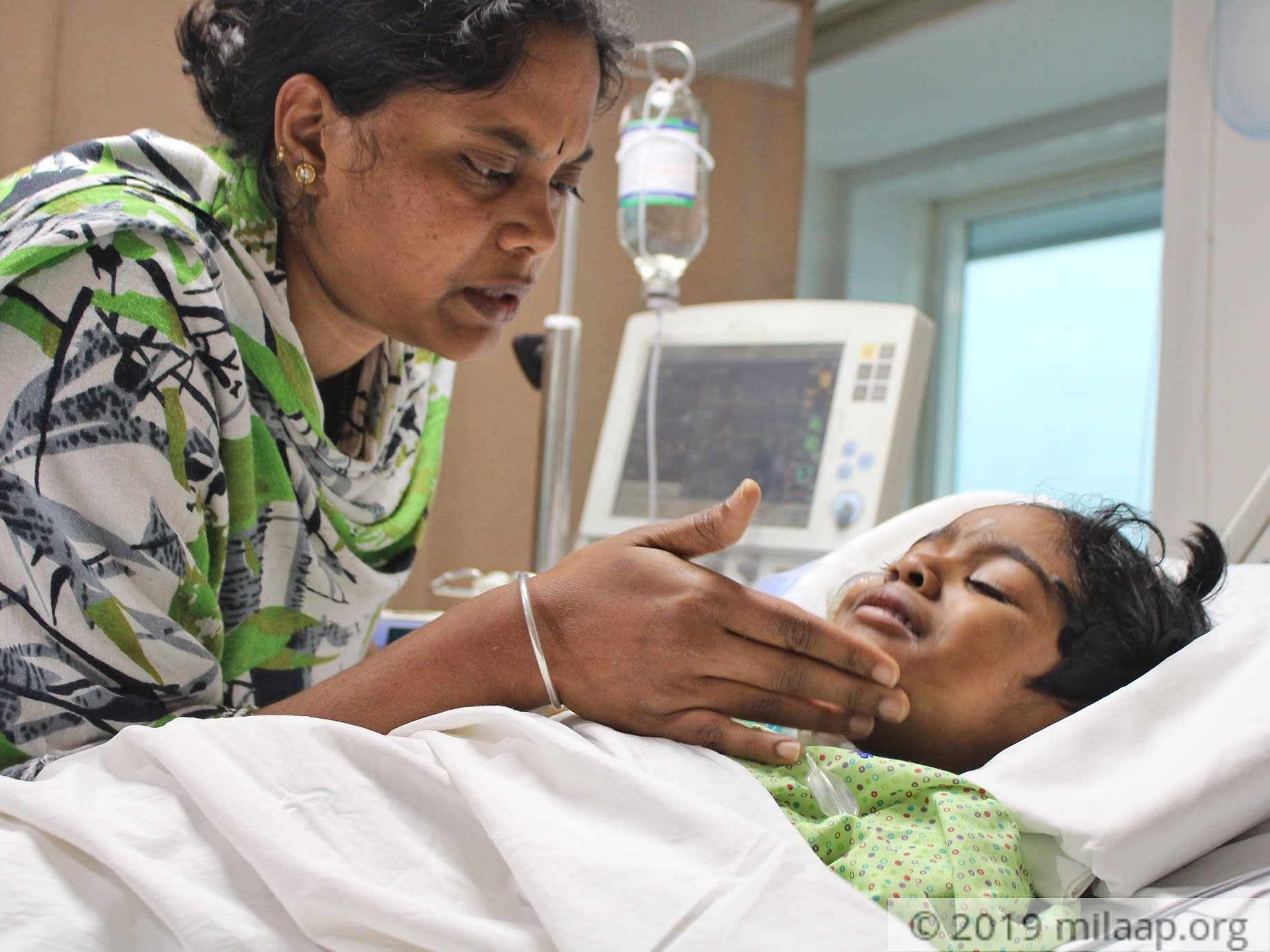 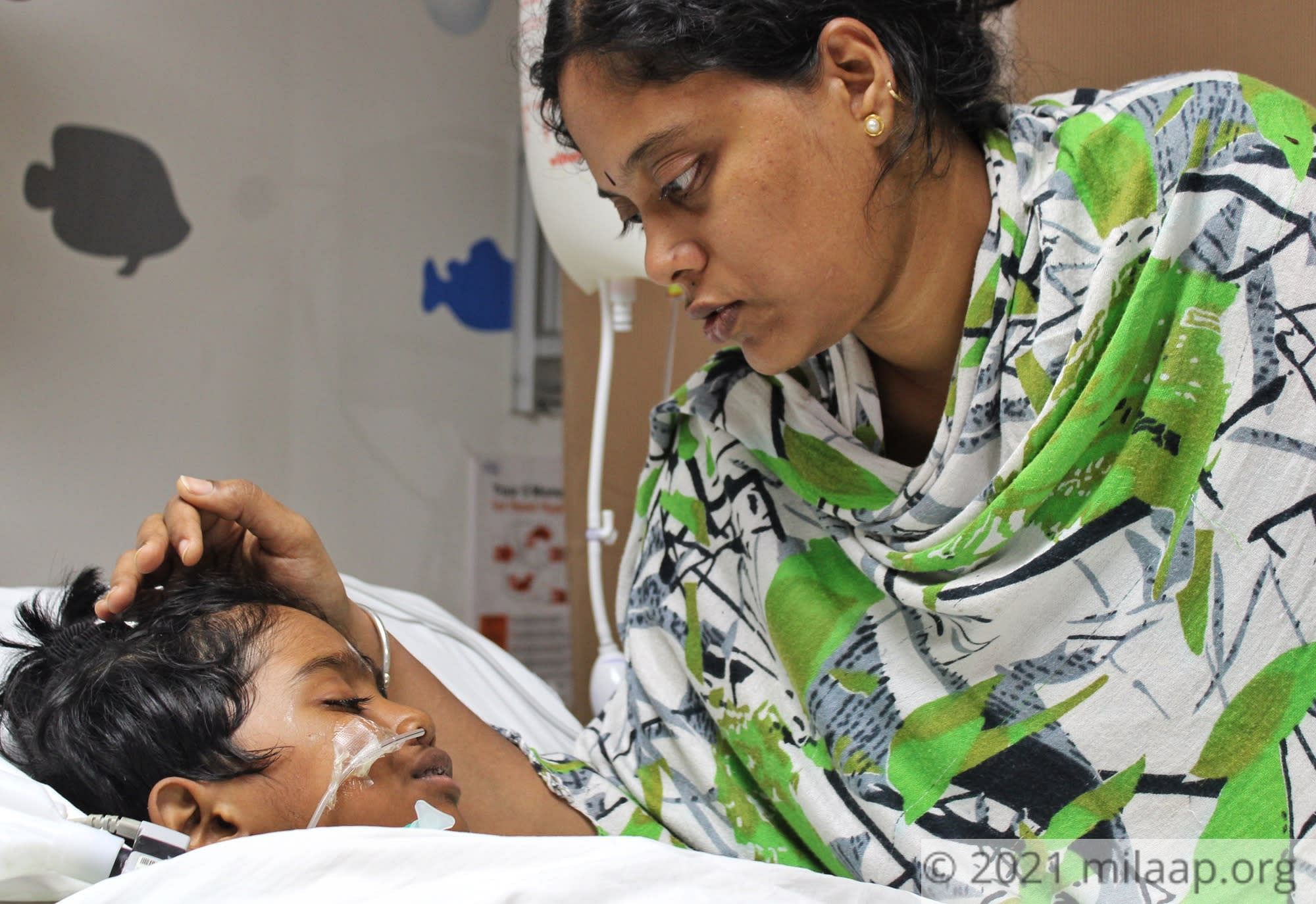 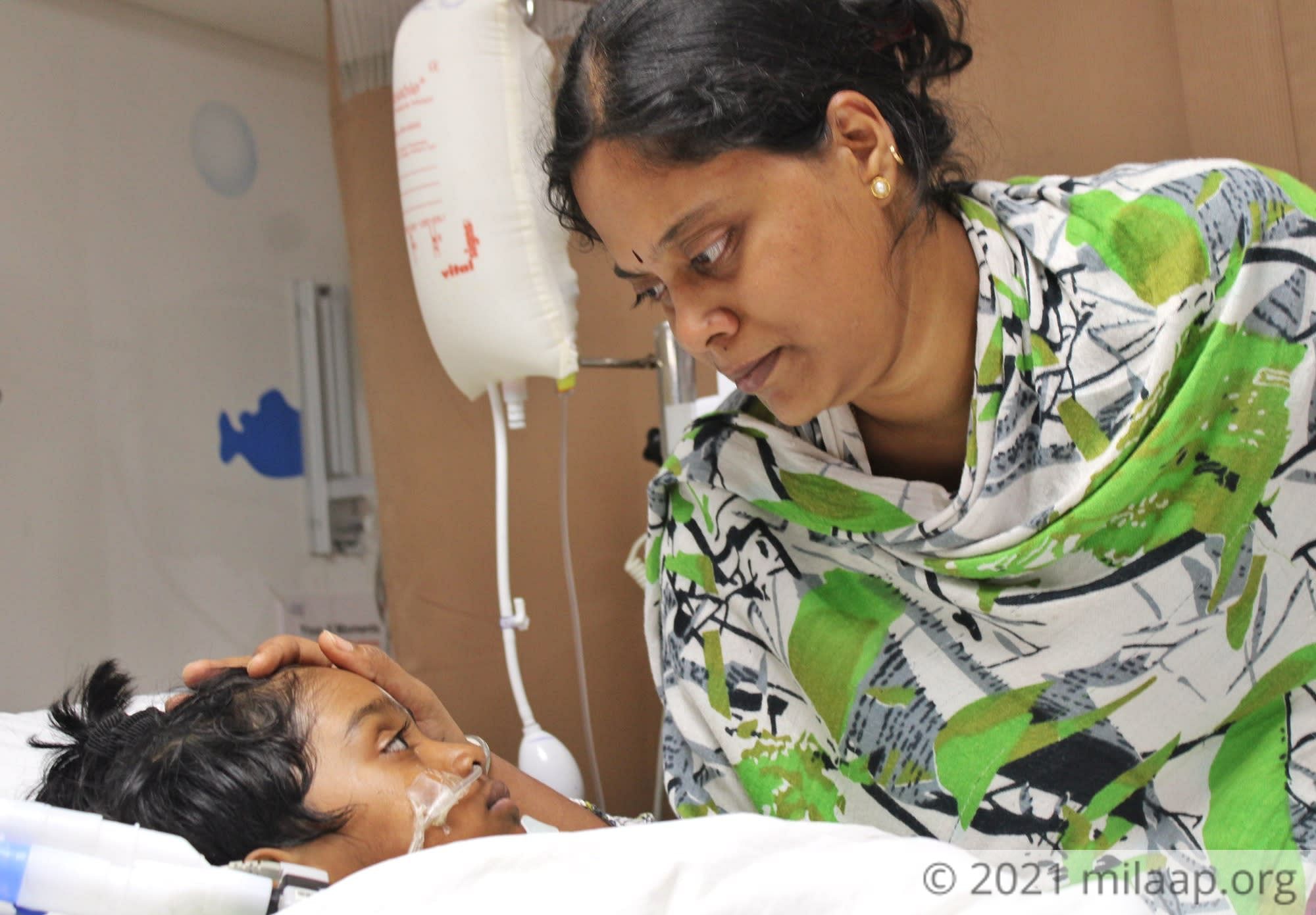 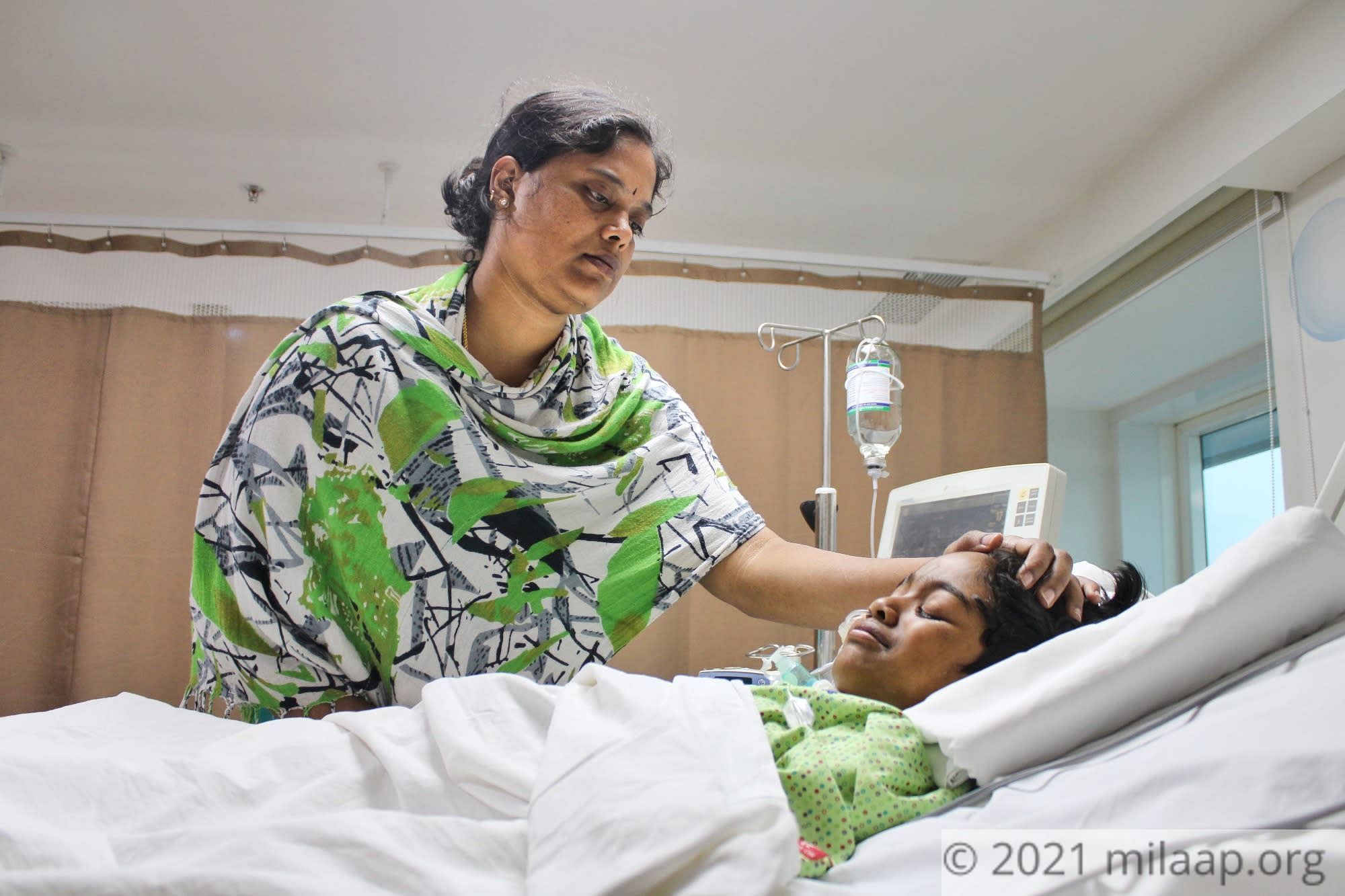 “It was just like any other day. I had packed her school bag, laid out her uniform and kept her lunch ready. I carried her from her bed to the bathroom, and Madhumita complained in her sleep, like she always does. But when I tried to bathe her… she just couldn’t stand. Not even for a second. I would pick her up and make her stand, but as soon as I let go, she would fall. First I thought she was sleepy, then I realised that something was very wrong…” – Lavanya, mother

November 5th – a regular Tuesday for most people, was the worst day of Lavanya and Gopi’s life. By the time Lavanya carried Madhumita to the hospital, her hands and legs were already paralyzed. A rare and dangerous disease had taken over her 5-year-old in just a day.

Madhumita has Guillain-Barre Syndrome, a disorder in which the body’s immune system attacks the nerves. This spreads quickly and paralyses the whole body.

She can’t even swallow on her own

It’s been 10 days in the ICU for little Madhumita, and she’s terrified. Her body is completely paralysed from the neck below. Her muscles aren’t working. She has to be fed through a tube in her nose because her food pipe isn’t functioning. She can’t breathe, eat or even swallow on her own.

“I haven’t moved from her side since we’ve come here. She starts to panic if she doesn’t see me…she has a tube in her neck, through her nose…she hates it. It hurts her so much, but she can’t even say anything. She can’t talk, but she tries. I can’t believe everything that has happened. Such an active kid..now just lying here…”

A day before her entire body was paralysed, Madhumita came back from school, happy. But she hadn’t eaten, she was a little less active than she usually was. Lavanya wonders if this should have alarmed her, if these were the symptoms she missed.

They were starting a new life

Lavanya and Gopi’s 1-year-old daughter is with her grandparents now. Gopi goes to the hospital whenever he can. Lavanya eats only when Madhumita is asleep, sometimes, not at all. This is not how their life was before that fateful day.

“We had recently built a small house, we were starting a new life almost. We had taken loans even…we thought we had enough time to pay them back. Who sees something like this coming? If we had even the slightest idea…she had no symptoms! Now we’re already in debt, we have so many people to pay back. There’s no medicine to cure this illness, she has to stay in the ICU for longer.”

But Gopi and Lavanya can’t afford their daughter’s treatment. They have already spent 7.5 lakhs in these 10 days. After taking a few days off, Gopi had to go back to his job in the billing department of Honda dealership showroom. It’s the only way they can hope to continue her treatment for a few days. But Madhumita needs intensive care for longer than her parents can afford. 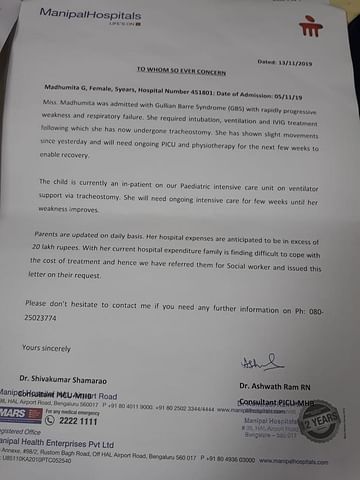 Our Prayers for you madumitha.Get well soon. (SAMPATH MALARVIZHI)

230 others have contributed
Click here to know more about Madhumita

Our Prayers for you madumitha.Get well soon. (SAMPATH MALARVIZHI)

Wishing you a speedy recovery-AK INDUSTRIES

Madhu love you soo much baby...you will become completely alright... All our God blessings are completely on you dear.