3-Year-Old With "Monster" Disorder Makes His Nose Bleed Non-Stop | Milaap
Receive tax benefits by donating to this cause. 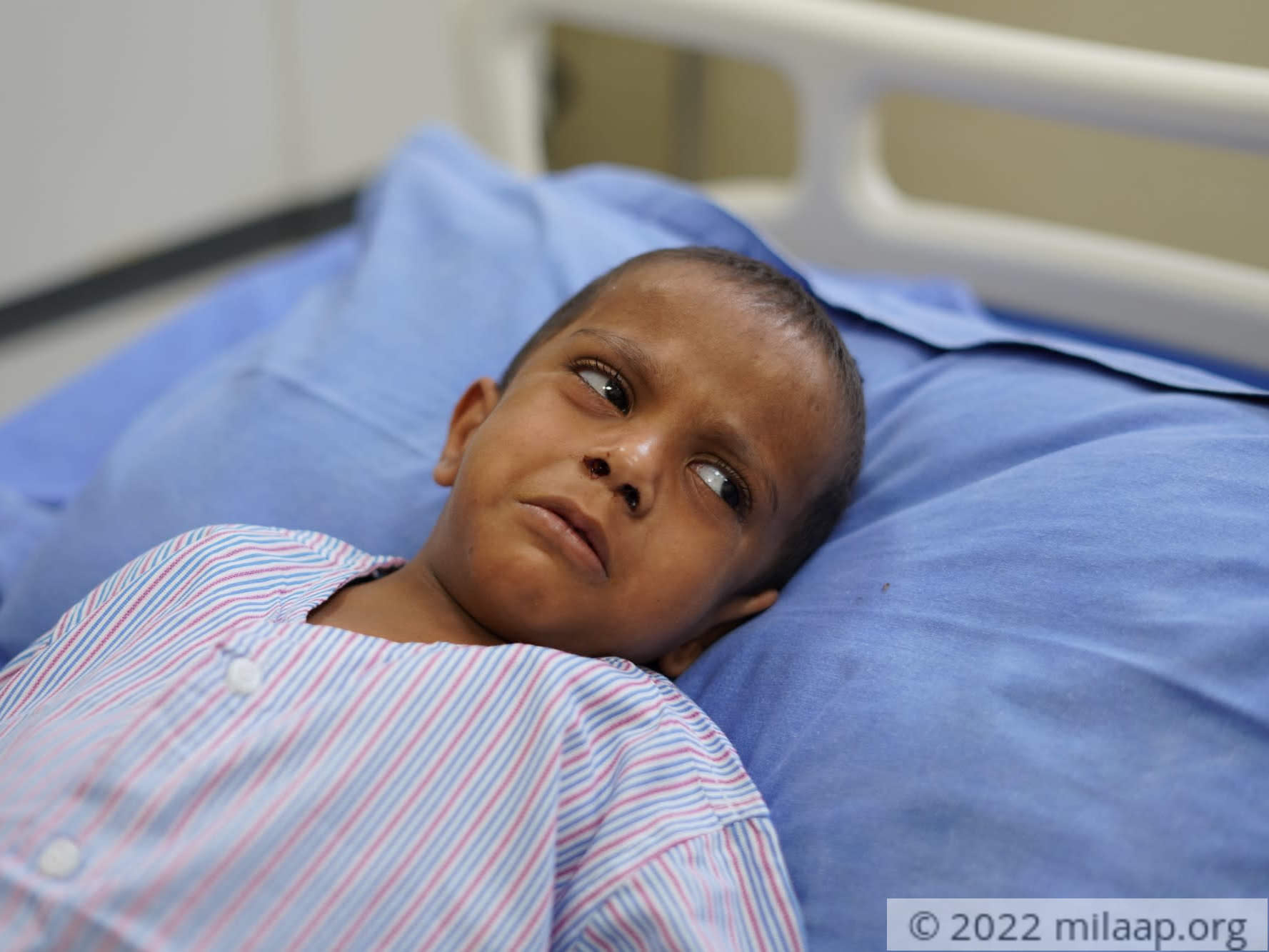 Share
Every 10 days, Krishna has severe nosebleeds and requires rolls and rolls of tissue paper and cloth to stop the bleeding. The petrified child runs to sit in his mother’s lap while holding his nose firmly, unaware as to why this is happening to him. But, when the bleeding shows no signs of stopping any time soon, his parents, Sudhir and Urmila, have to rush him to the hospital, where he gets critical care so that his condition doesn’t worsen further.

“He has only started speaking in long sentences recently, but he has a word for his condition – he calls it a ‘monster’. He tells us when ‘it’ is coming as he can feel it. He has had nosebleeds like this since he was a small baby, but it still scares him. He has not gotten used to it, nor have we.” - Urmila Yadav, mother of 3-year-old Krishna.

Krishna was diagnosed with Wiskott Aldrich syndrome (WAS), a rare disease which causes immunological deficiency and reduced ability to form blood clots due to low platelet levels. Doctors have clearly told his parents that medicines can only temporarily help him and the only way he can get cured is by undergoing a bone marrow transplant.

A few months after Krishna was born, his parents noticed red patches on his body. Many doctors dismissed it as fungal infection as he was a premature baby. But shortly after, he suffered from pneumonia, and eventually the nose bleeds became a regular affair.

His parents rushed him to Mumbai, during the first pandemic-led lockdown, where he was diagnosed after many rounds of tests. Krishna’s condition has been bad from the beginning, but now it is getting worse.

“He also complains of intense body pain regularly now. Medicines are not helping take the pain away at all. He gets red bruises all over his body, especially his legs, when his platelet levels go down. Apart from this, he also gets frequent fevers and infections due to his compromised immunity. My son is going through hell.” - Sudhir, father.

This father is spending more than his earnings, cannot save little Krishna

Whenever Krishna starts bleeding, he used to get an injection worth INR 24,000. Now the dose has doubled, which means every 10 days Sudhir has to spend more than INR 48,000 to keep his son alive. This is in addition to the ICU hospitalization and medicines he needs, from time to time. Sudhir works as a mechanic in automobile repair shops, but he has not been able to go to work regularly and now all his savings have been wiped out.

“We have been going from one hospital to another with our very sick child from the start of the pandemic. I had no work for two years due to the lockdown, and all I did was beg and borrow to treat my son. All my money has been wiped out. Please help me.” - Sudhir.

Krishna can get a life-saving transplant and be relieved of his suffering with your kind help. Click here to contribute.
KY
Patient Krishna Yadav is 3 years old, living in Mumbai, Maharashtra
BJ
Being treated in Bai Jerabai Wadia Hospital, Mumbai, Maharashtra