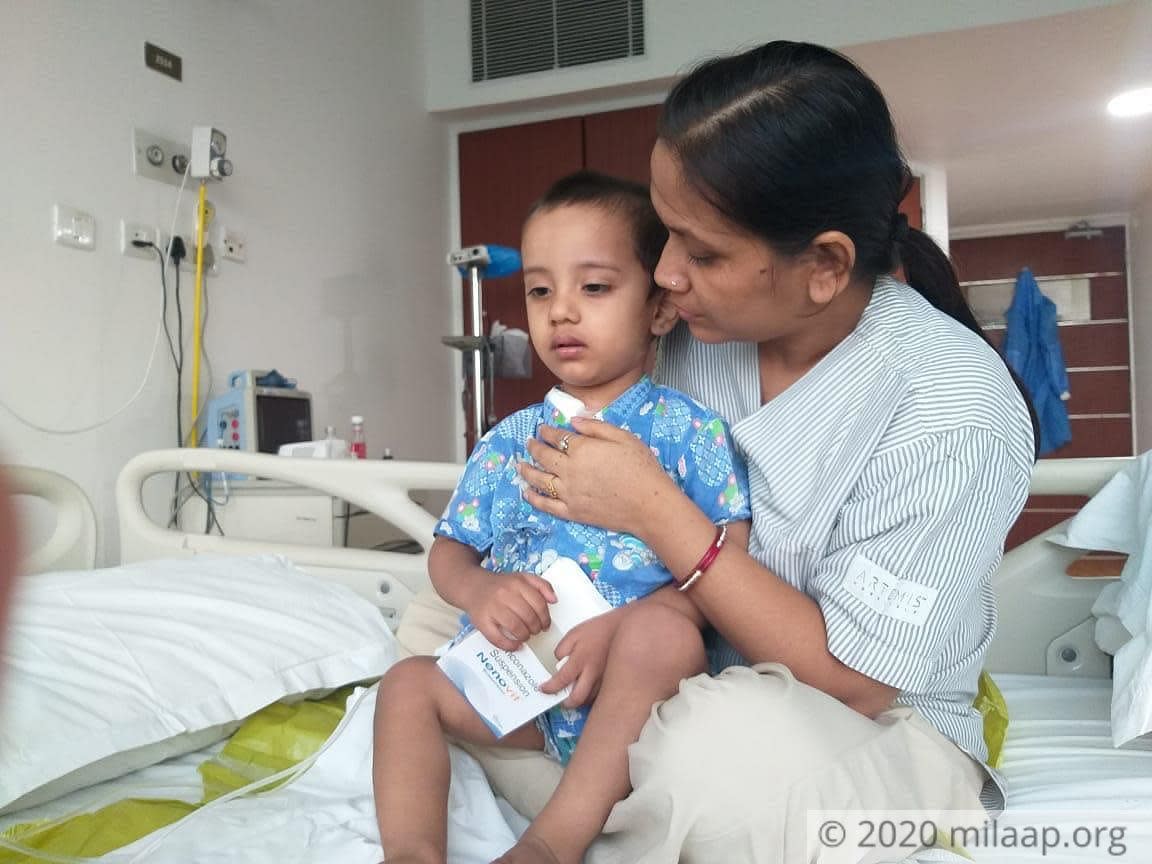 Share
“I was told that being the younger one out of the twins, it is normal for Krish to be a little weaker than his brother, Harsh. But he wasn’t just a little weak, he would fall ill very frequently and no matter how many clinics and doctors we would go, he would fall sick again. But we never thought that our little 2-year-old baby would be suffering from cancer.”
- Pooja, mother 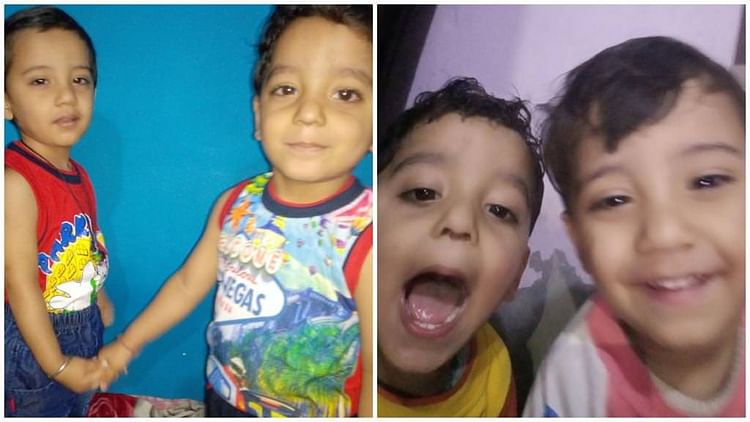 They were a blessing to this mother

Pooja had a miscarriage early on in her marriage and when she was pregnant with the twins, she was terrified that she would lose them too. She was scared to death when they were prematurely born. For almost a month both her children were in the ICU struggling to survive and the poor mother prayed to God that they should never face anything like this ever again.

“I couldn’t believe it when they said my child has cancer. They say his condition is very serious and no medicine can save him. There is only one option- a bone marrow transplant but we will never be able to afford a treatment like that." - Pooja 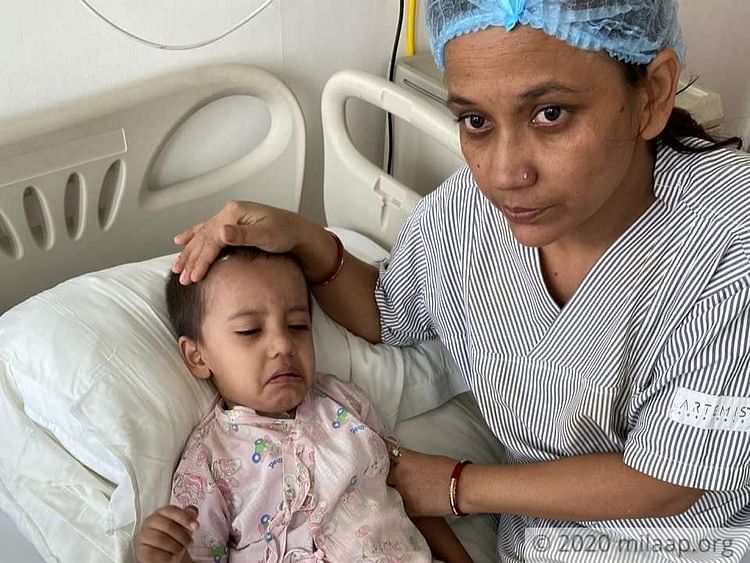 Parveen, the father, is a vegetable vendor and his income is only enough to put food on the table. For the last 4 months, he has struggled a lot to keep the house running.

“People like me don’t have the luxury to stay at home safe. If I don’t step out and sell the vegetables, there will be no food for my family for that day. I don’t go near my children, fearing the virus might get to them, I stay as far away as possible from them. In a condition like this, how will I afford my son’s treatment that will cost me lakhs?” - Parveen 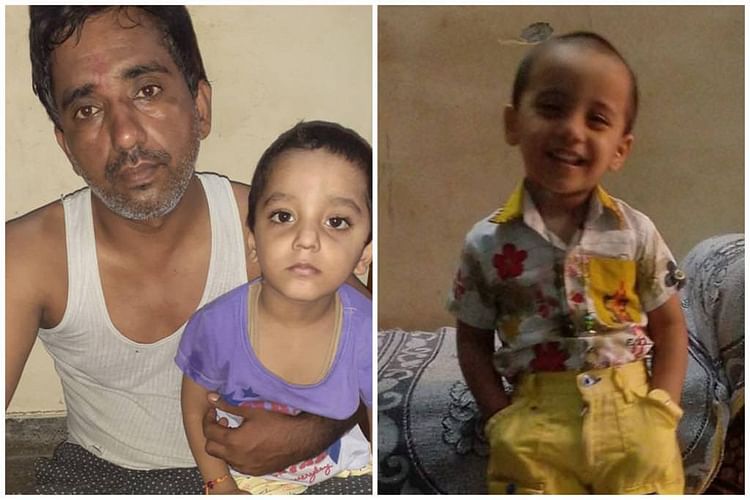 He asks me only one thing- when can he play with his brother again?

By gathering every rupee that they had, they were able to start Krish’s chemotherapy which is needed to stop the spread of cancer but they are struggling to afford anything further. The little child is now suffering from a very high fever, one of the side effects of the treatment.

“He struggles to even open his eyes let alone play or talk to me. On days when he has a little energy, he asks me only one thing, ‘Where is Harsh? When can I play with him?’. He misses his brother a lot and whenever possible they talk on a video call. I want to take him back home, back to our normal life. Watching him go through all of this is so painful, it’s so hard not to cry in front of him.” - Pooja, trying to hold back her tears 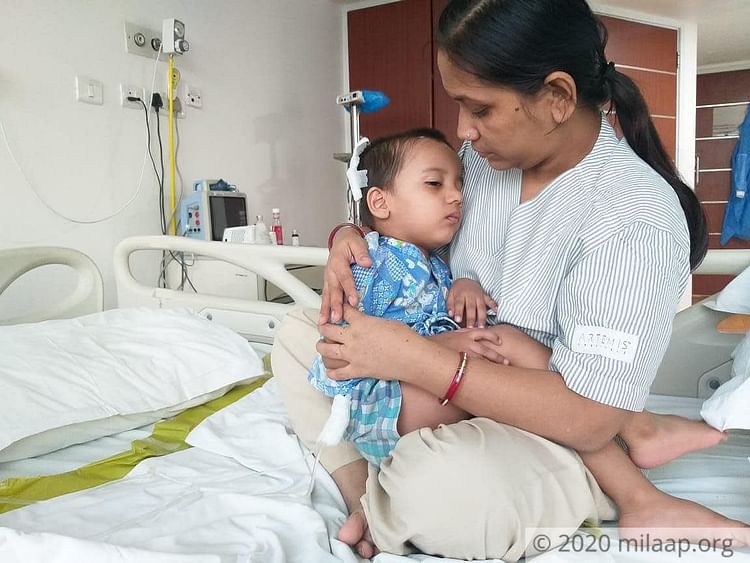 You are their only hope. Krish needs a bone marrow transplant at the earliest. Your generous contributions can save this little boy's life from cancer. Click here to contribute.
K
Patient Krish is 2 years old, living in Gurugram, Haryana
AH
Being treated in Artemis Hospitals, Gurugram, Haryana