Her Leg Has Been Bleeding Continuously For 2 Years, And She Just Wants It To Stop | Milaap
loans added to your basket
Total : 0
Pay Now

Her Leg Has Been Bleeding Continuously For 2 Years, And She Just Wants It To Stop 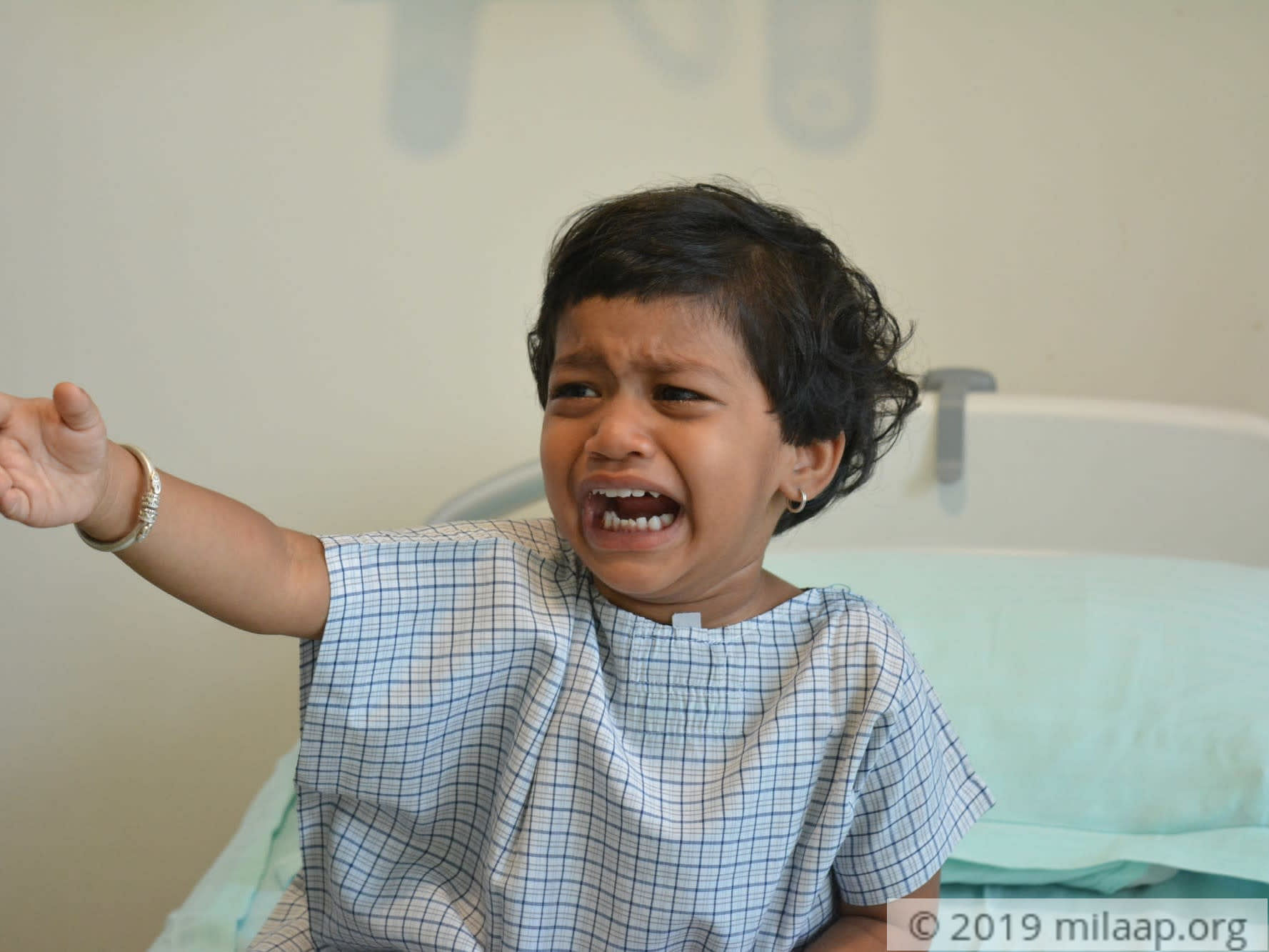 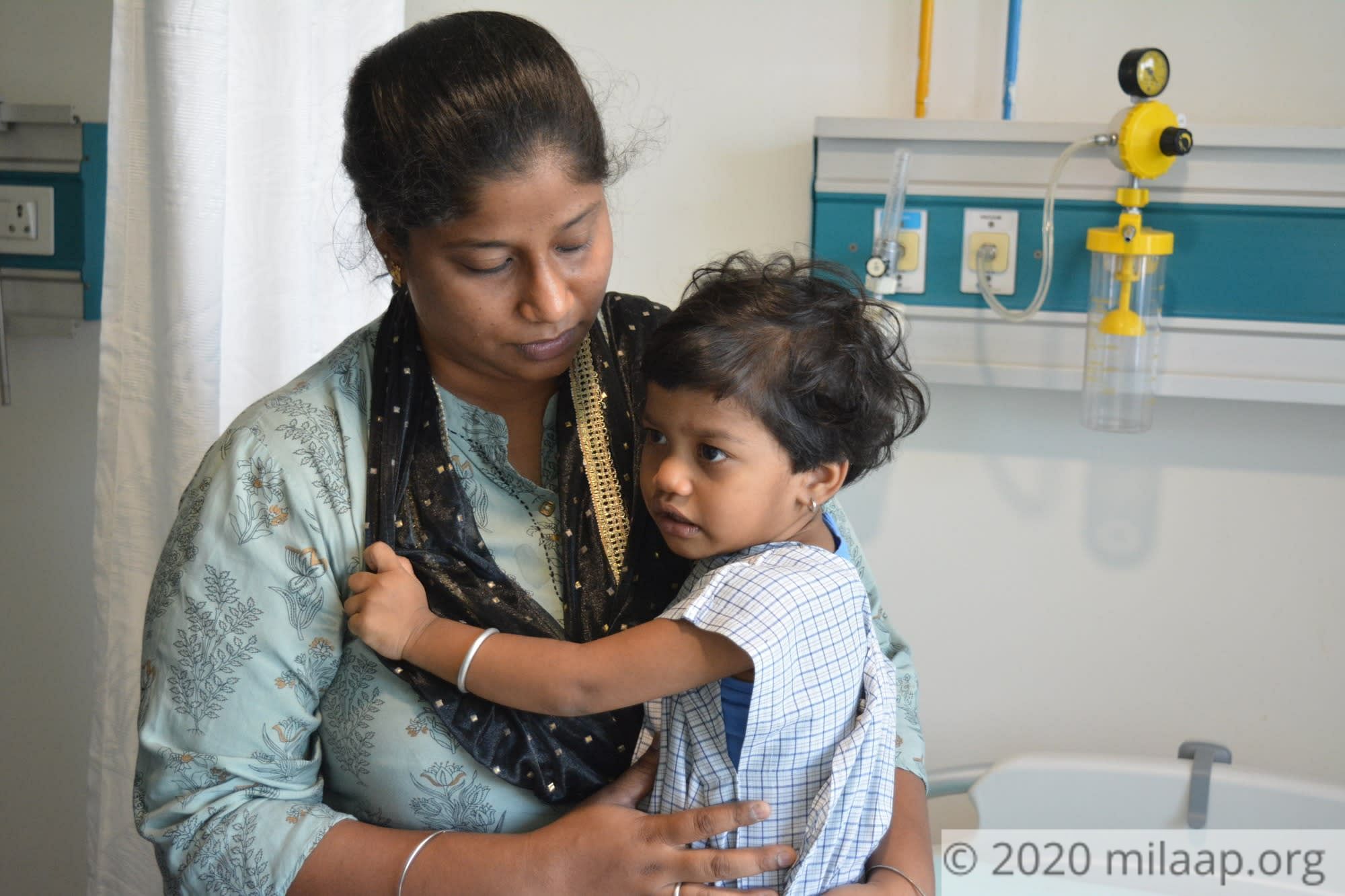 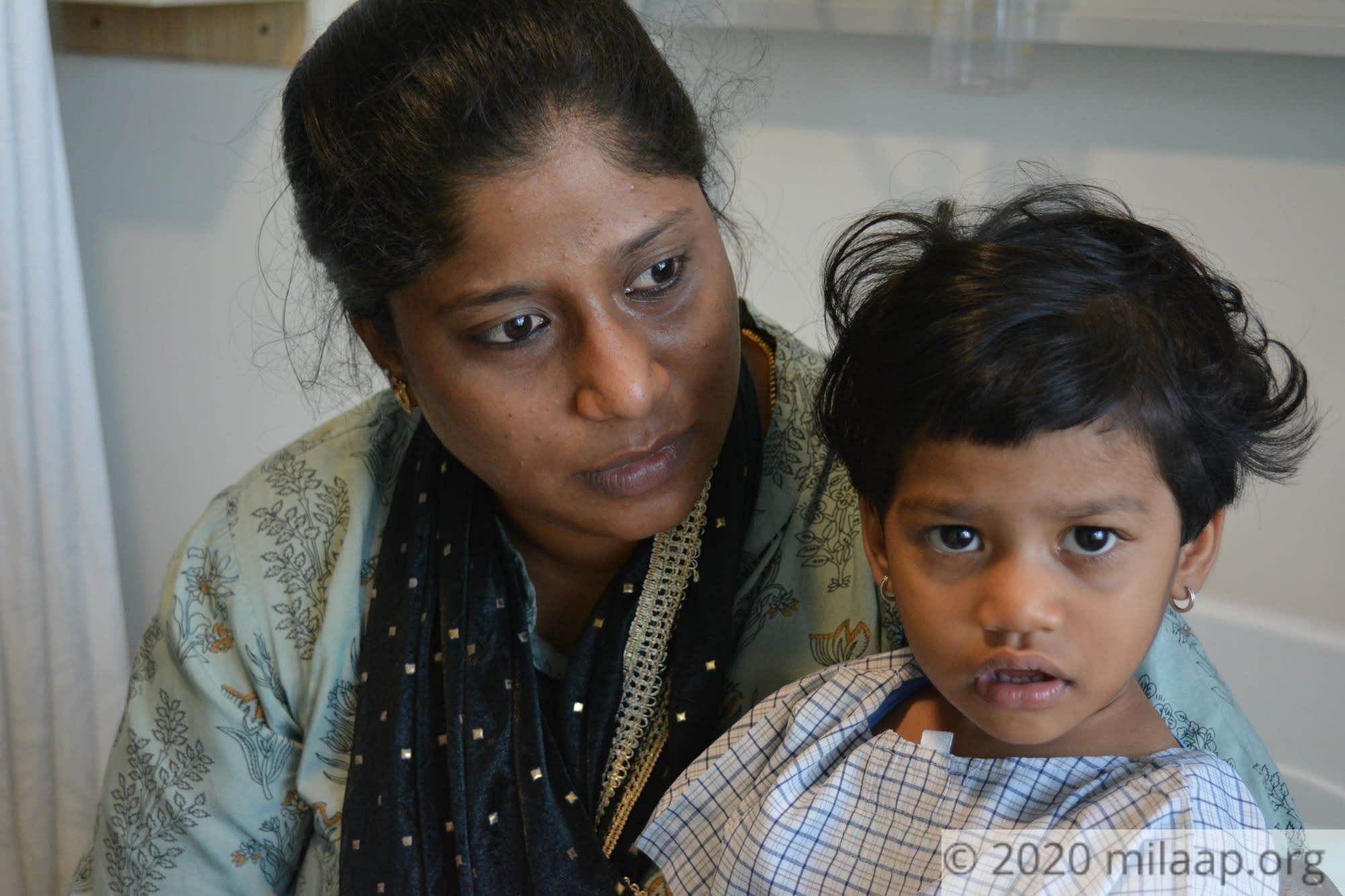 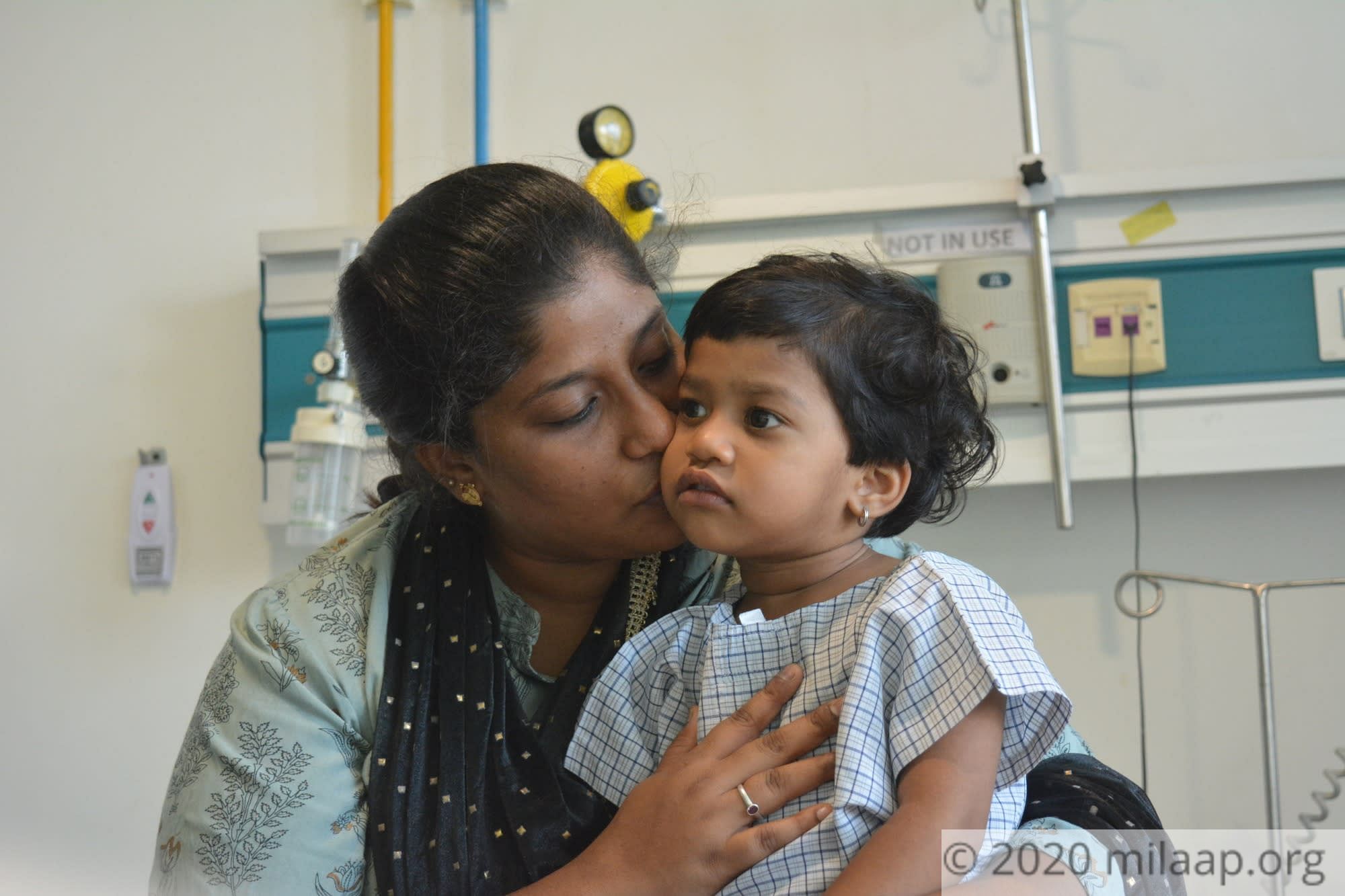 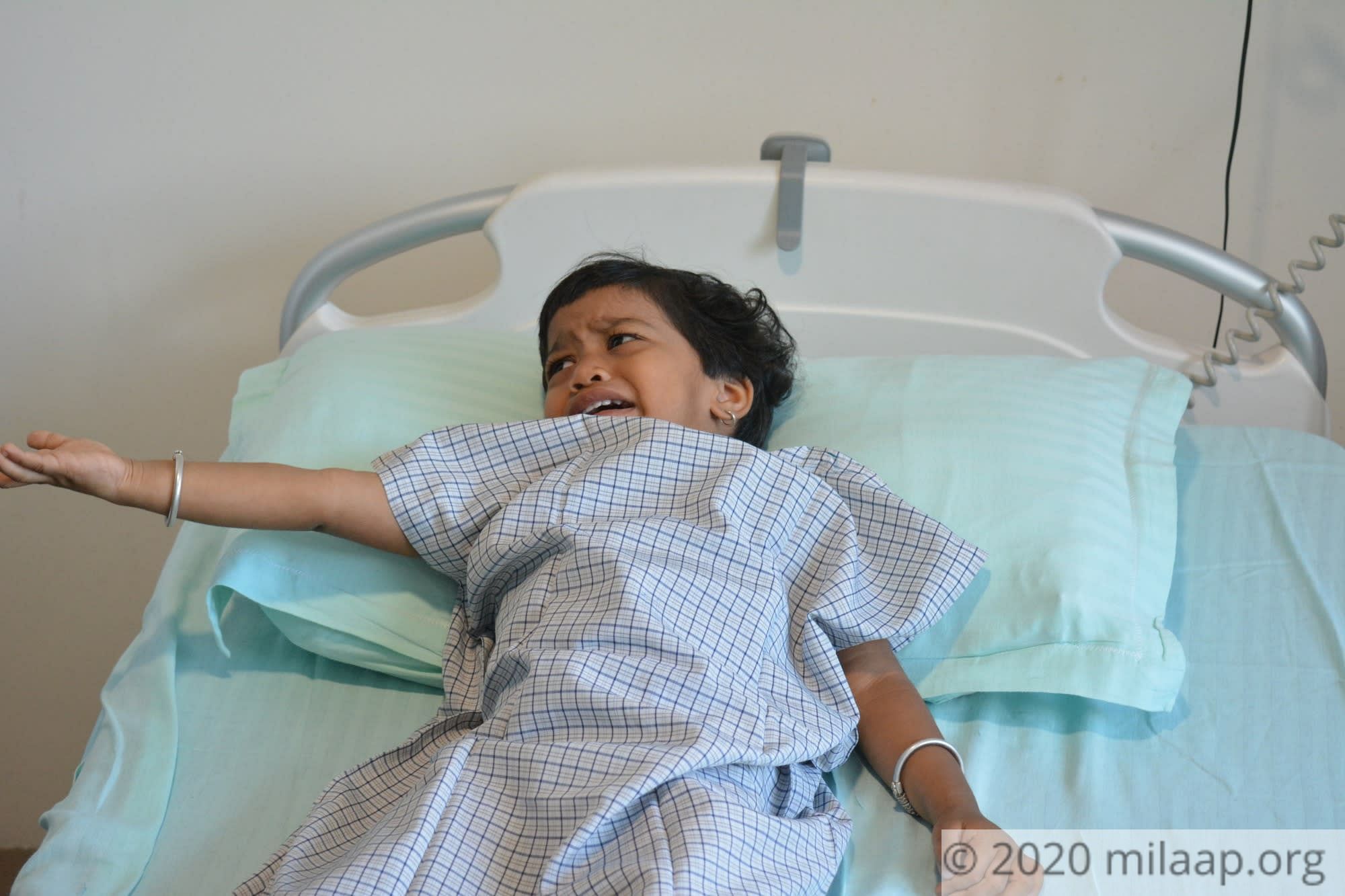 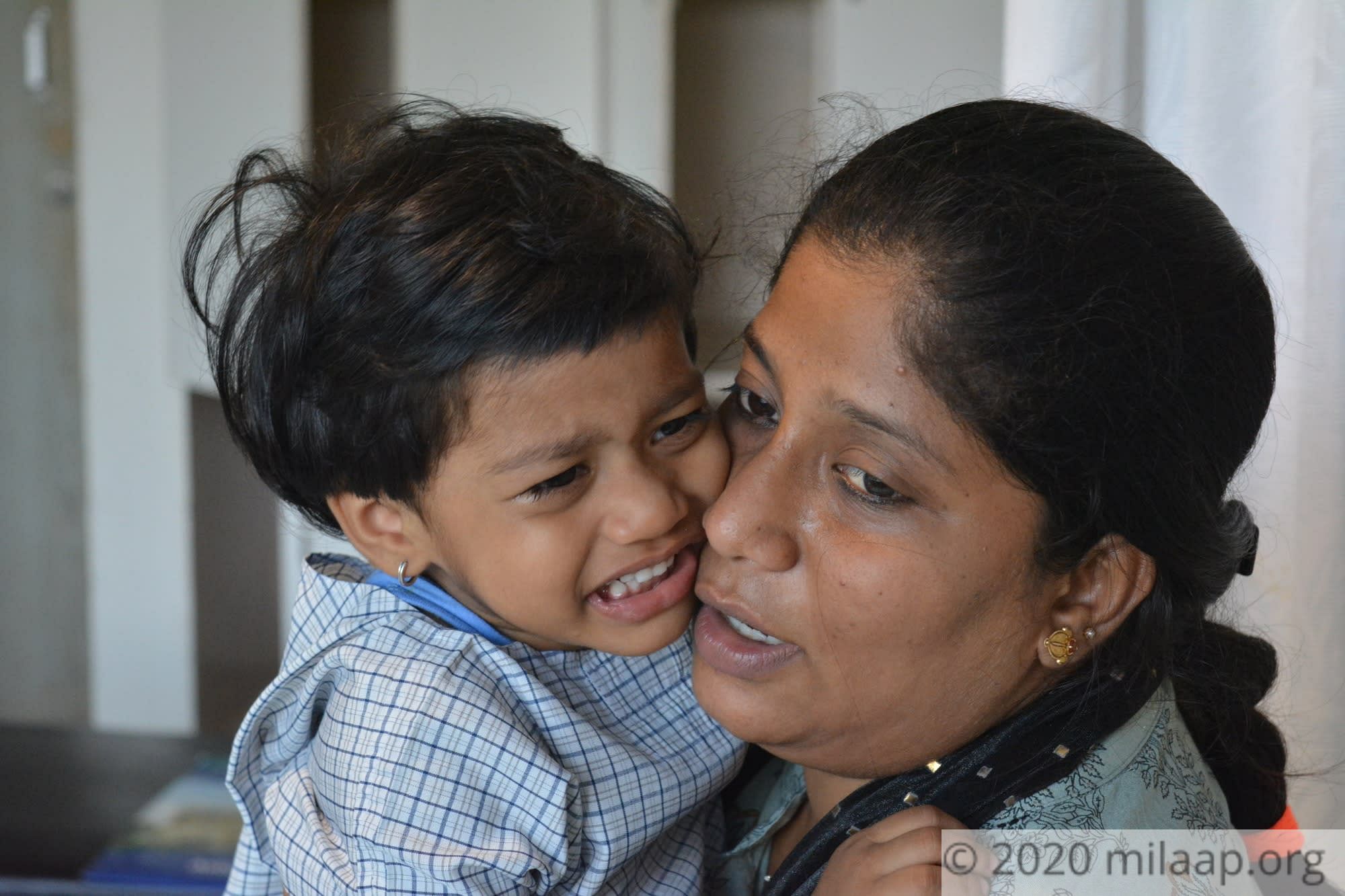 Share on facebook
The name Keziah means 'the most beautiful thing' according to the Bible. Just like her name, 2-year-old Keziah is the most beautiful blessing to her parents. Her father, Shivakumar, could not stop gushing over his little daughter when she was born. However, he had been concerned over a dark red-colored patch on her left leg. The doctor had told him not to worry about that as it was just a birthmark.

The first time was the worst. The floor was full of blood.

“For over a year, we believed it to be a birthmark and thought it was growing in size as her skin was expanding. Our nightmare began when big black boils started growing on the dark patches of skin. Soon, those boils started to burst and blood would ooze out with a force. The first time was the worst. I could not believe what I was seeing. One minute, my Keziah was playing with her brother and the next minute, she had fallen down and the floor was full of blood. Oh God! Even now that scene makes my heart shiver…” - Shivakumar, Father

Keziah has been diagnosed with a rare malfunction of two veins in her leg that are swollen, causing contractions in the underlying muscles and severe bleeding. After multiple visits to specialists, the doctors have finally fixed upon a surgery where the enlarged veins are to be blocked. This way the bleeding would be stopped. If the bleeding continues, there is a severely high risk of anemia and fatal heart attacks.

Why did this happen to my daughter?

“I used to faint when I saw blood when I was younger. But, now I have overcome that fear… because I see it so often in my own home. I see my little daughter bleed severely from her leg every time she puts pressure on her left leg. The doctors say they have not seen anything like this before. It took us two years to understand and diagnose the problem. I wonder how we got so unlucky. Why does my child suffer from such a rare and unknown disease? I can't imagine the pain she undergoes...” - Soumya, Mother

Shivakumar works in the transport department of a private company. He cannot by any means afford his daughter’s surgery immediately. He is already neck-deep in debts. For over a year, he has already spent close to 2 Lakh Rupees and is now left with nothing. The surgery costs 4 Lakh Rupees and only you can help.

“I have no money left. Due to God’s grace, we now have a solution to my child’s problem. But I’m so unfortunate that I can't afford it now. The surgery needs to be done soon to avoid any major complications. I need help to save my daughter. I have got some hope now… I’m holding on to that.” - Shivakumar, Father

Your timely contributions can help little Keziah recover and lead a healthy life. 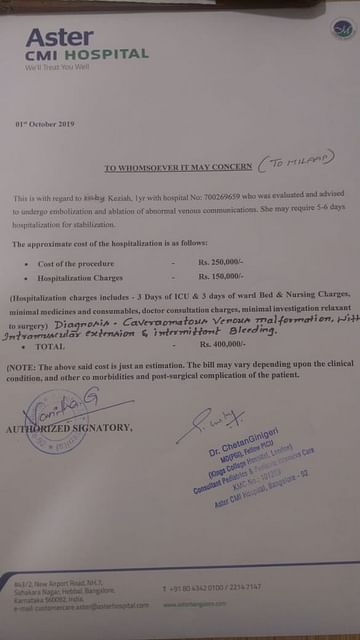 Click here to know more about Keziah
Donate now
OR
Click here to read the instructions before you make a bank transfer.

MAY GOD RECOVER HER SOON