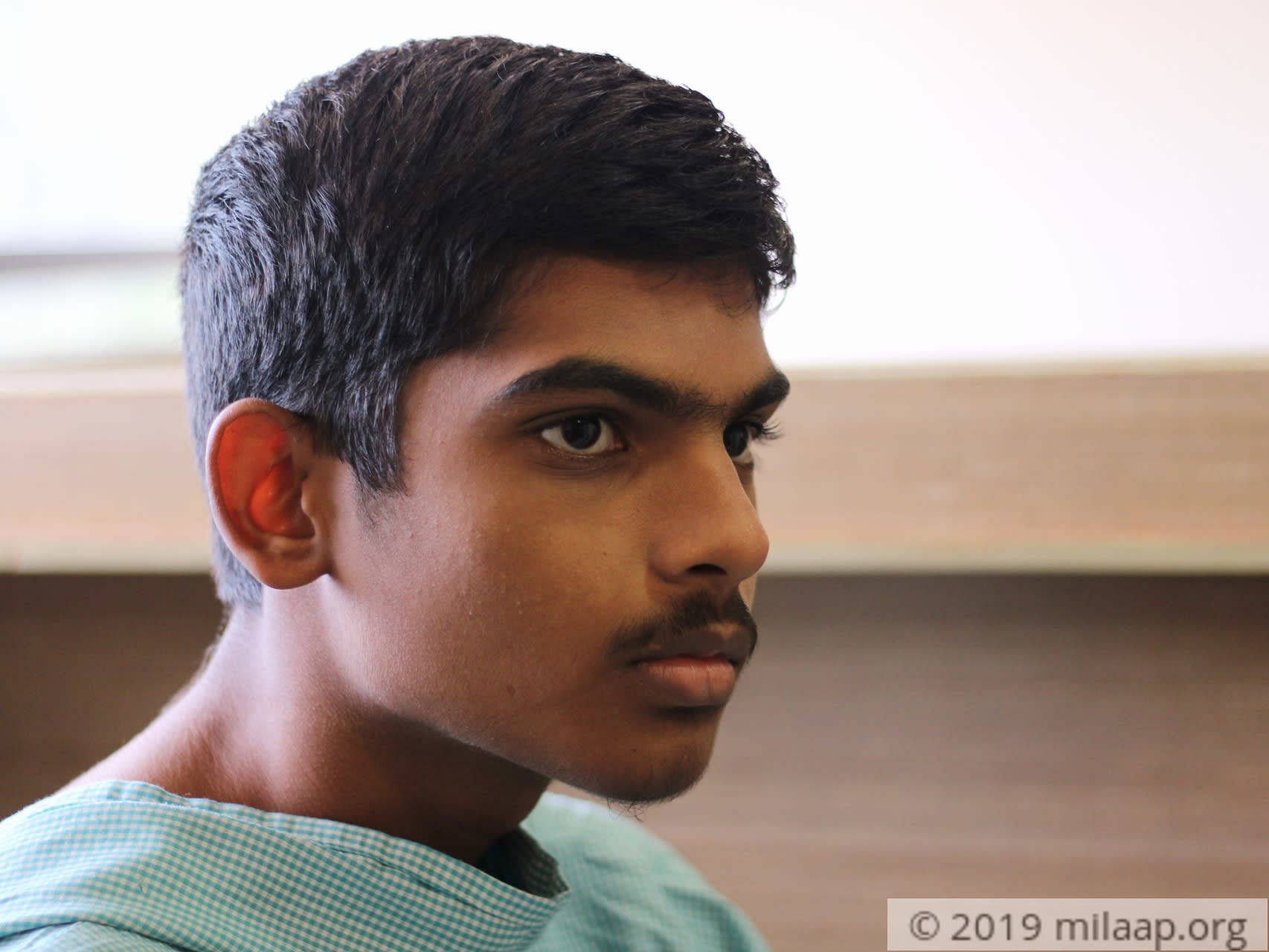 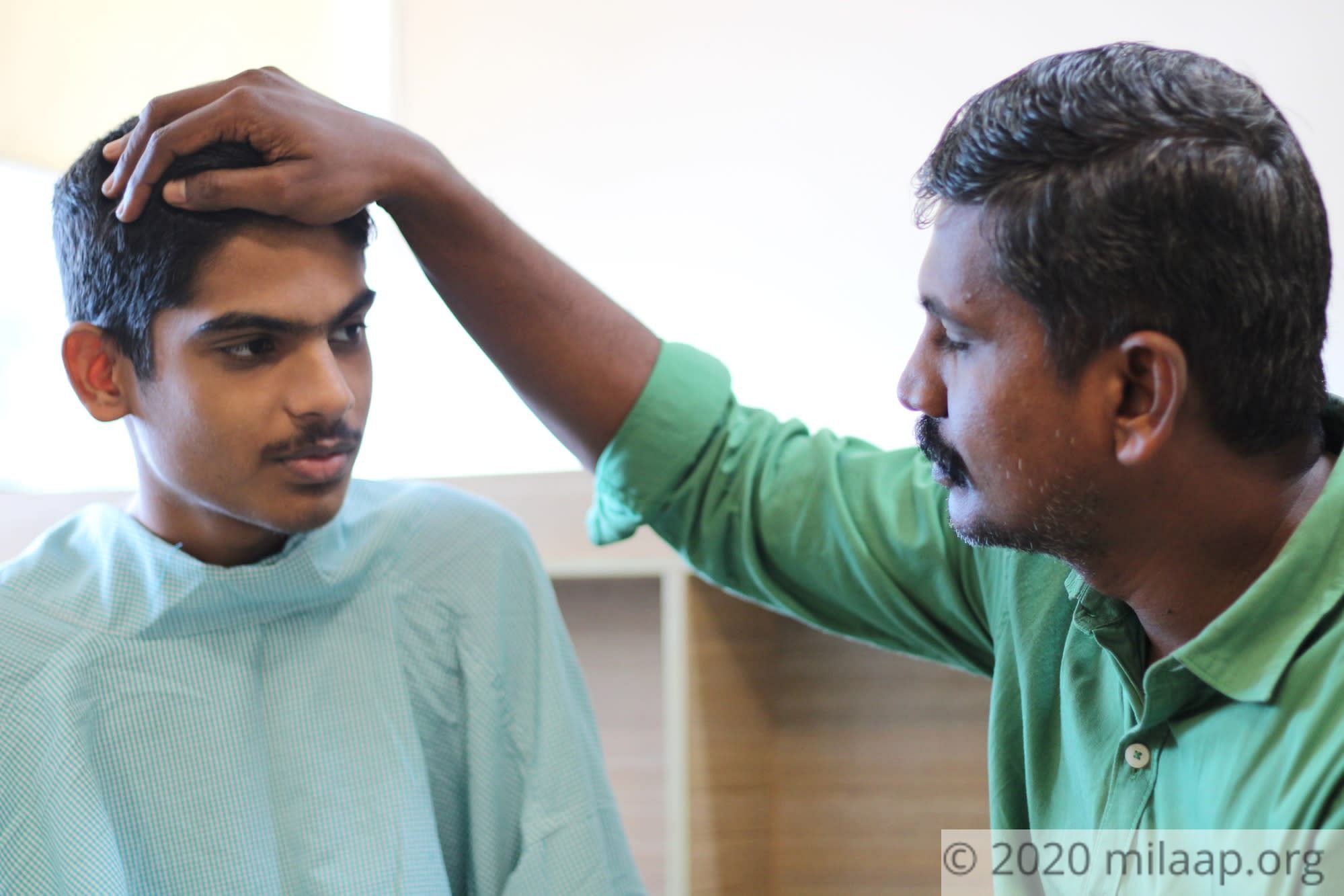 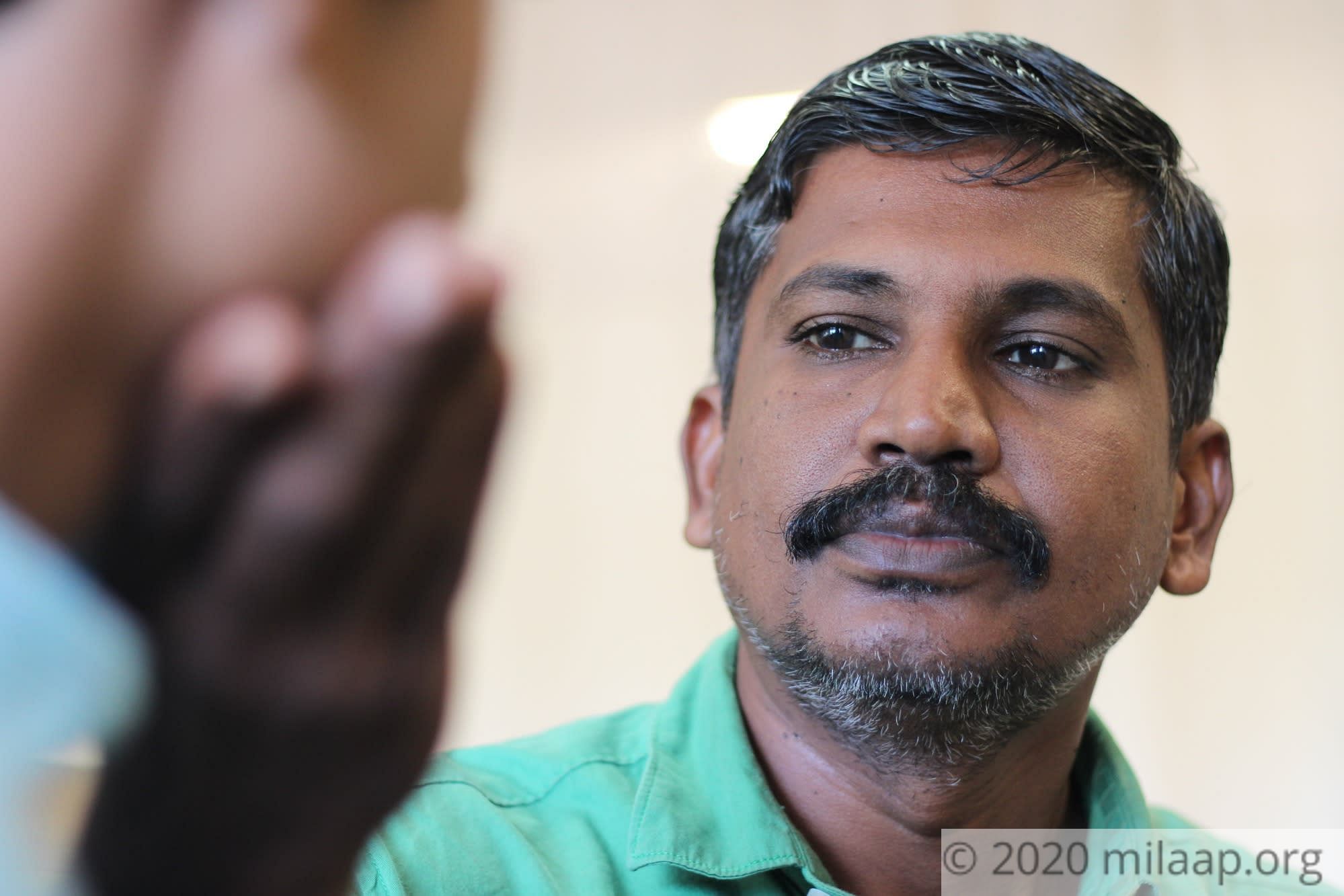 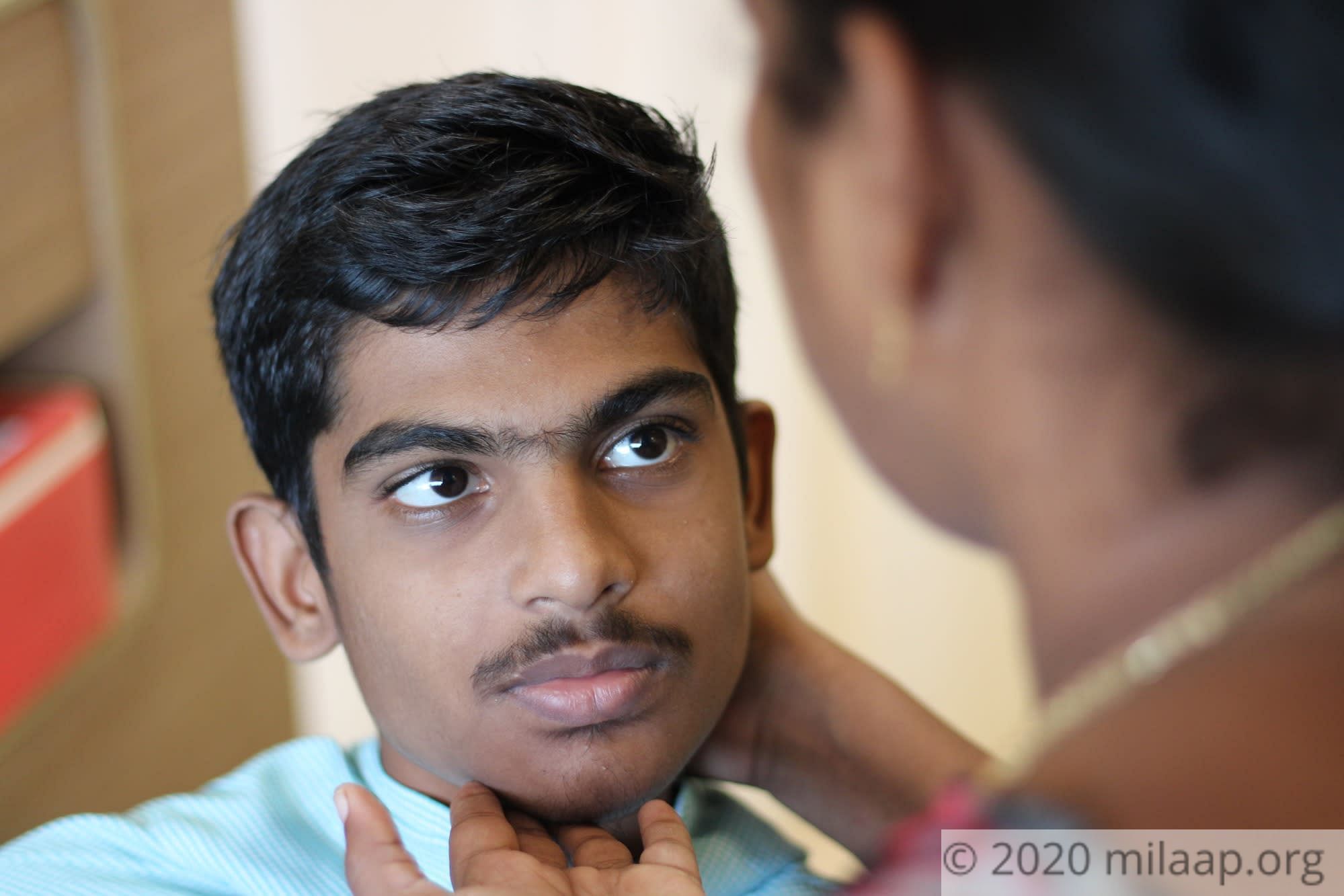 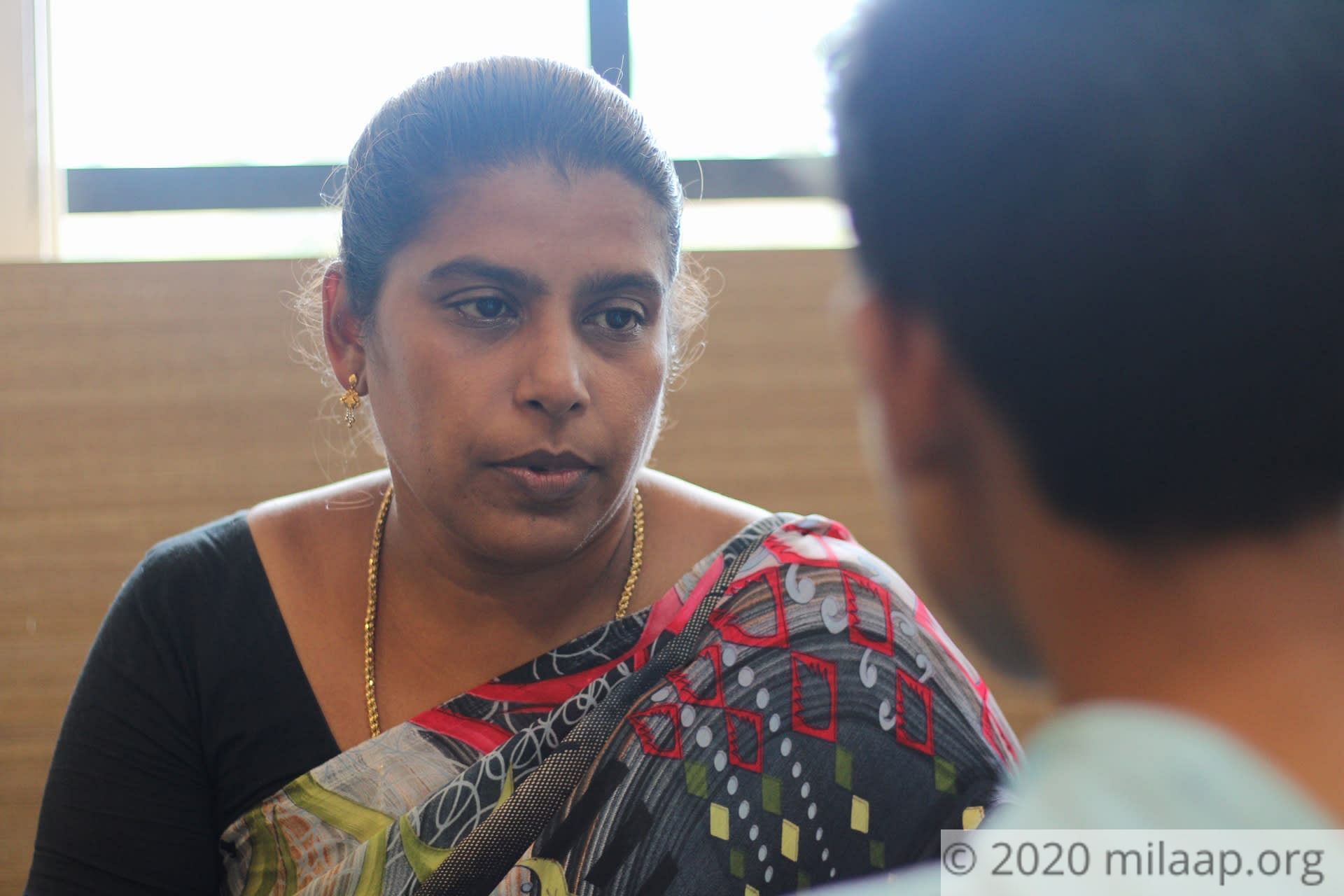 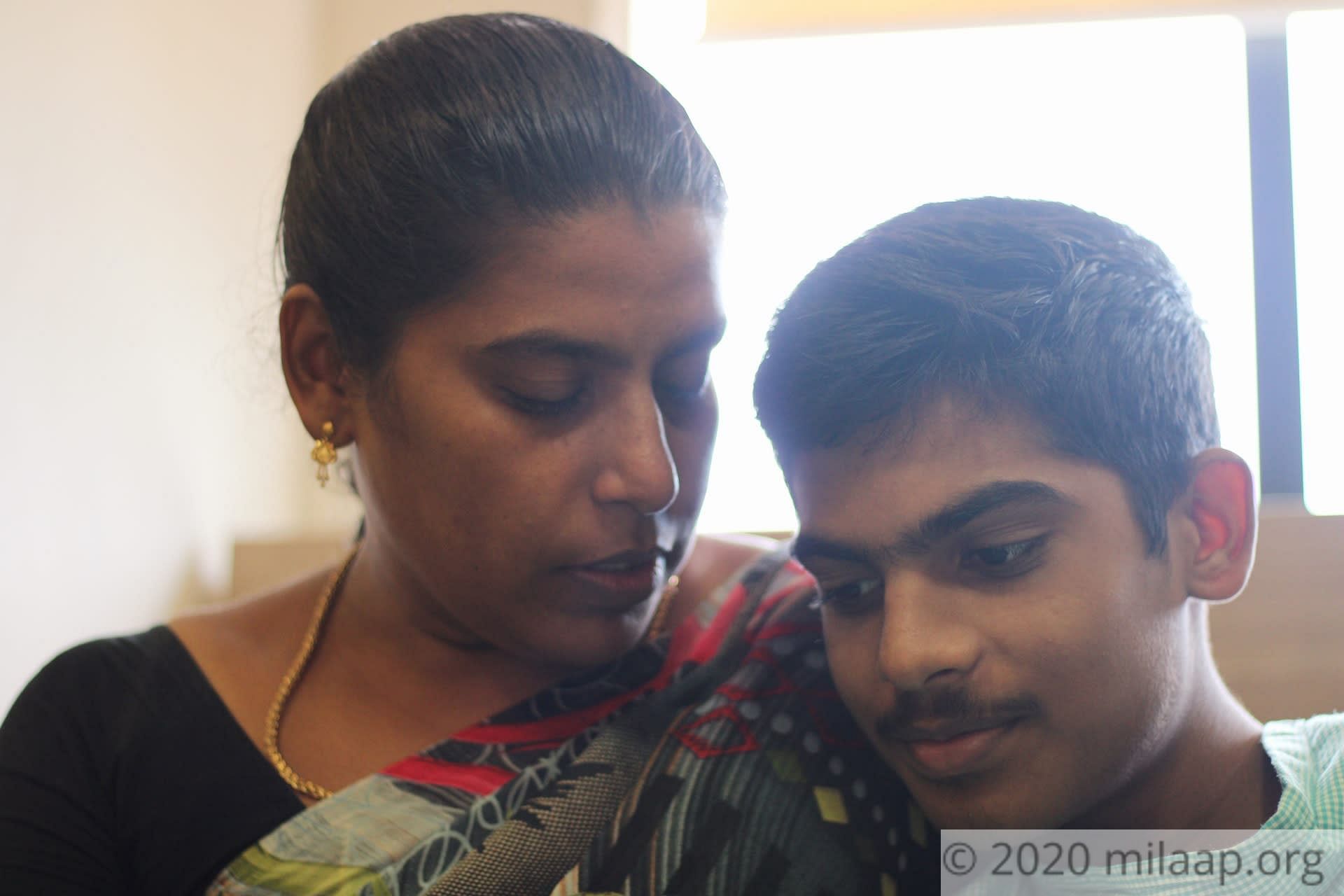 “Cricket is what he lives for. He used to leave home in the morning with just breakfast, and return late evening. He played for hours together, in the sun, in the rain; even forgetting his lunch. We don’t know how to tell him he can never play it again!” – Julie, mother.

16-year-old Kevin spent most of his life playing cricket or cycling. Any free time he got, he would cycle away to play cricket. Being a shy, soft-spoken kid, playing cricket was when he expressed himself. He wanted to be coached by professionals right after his 12th board exams. He had dreams, all of them big. But for more than a month now, he hasn’t been able to step out of his house because of a throbbing pain in his leg. He’s waiting for it to get better, to run out and play cricket. But he has no idea he has a frighteningly big cancerous tumor within.

It all started two years ago, when he complained of a mild leg pain

He was 14, when he first told his mother that his thighs were noticeably swollen. But it did not hurt him. There was a lump in his thigh but they were told it was a harmless lump. He was immediately admitted and the tumor was removed and his life was back to normal. However, just 3 months after his surgery, it was observed that the lump was growing again.


“The doctor had told us that it would only grow till the bone stopped growing and that it could be removed at a later stage, once and for all. We were relieved, and Kevin was too! But 2 years later, now, it has turned into a deadly lump that will cost my son his dreams!” – Barnard, father.

Kevin could no longer sit down, or stand for long

“He struggled to walk. He would lean on one side and drag his foot. It was a depressing sight! "We would ask him to just step outside and breathe fresh air. But he was afraid everybody would see him, walking this way. He stays locked indoors all day long!" - Julie.

Diagnosed with a bone tumor, the only way to remove the tumor is by removing his bone. Kevin needs a surgery that involves resection and reconstruction, with prosthesis, and immediately. The surgery costs 8 lakhs, and the parents are without.

“That’s it! All his dreams are gone! They’ve told us that he should not participate in any outdoor games! He can never get on a cycle again. How do I even tell him? He keeps asking us what’s wrong. We try our best to hide our emotions but he knows something is wrong. He doesn’t know he’s fighting something that will take away with it all he dearly loves! I can’t take it!” – Julie.

The parents are torn between their son’s sickness, and their finances

Barnard works at the electricity board office, for a decent salary. However, over the past 2 years, with Kevin’s condition, they’ve been hit with expenses one after the other. Now that the surgery is the only way to save their son, they’re doing all they can to be able to afford it. But they’re failing.

“He was very good in his academics, but it has been months since he went to school. His education, health, sports, self-confidence, are being taken away all at the same time! What did he do to deserve this?"

All everyone can offer him, are prayers. Nobody we know can afford this. Please help!

Click here to know more about Kevin John
Donate now
OR
Click here to read the instructions before you make a bank transfer.

May our Lord Jesus Christ Heal You

Praying to get well soon