Her Husband's Paralyzed, Her Daughter Has Cancer, And This Woman Is Helpless | Milaap
loans added to your basket
Total : 0
Pay Now

Her Husband's Paralyzed, Her Daughter Has Cancer, And This Woman Is Helpless 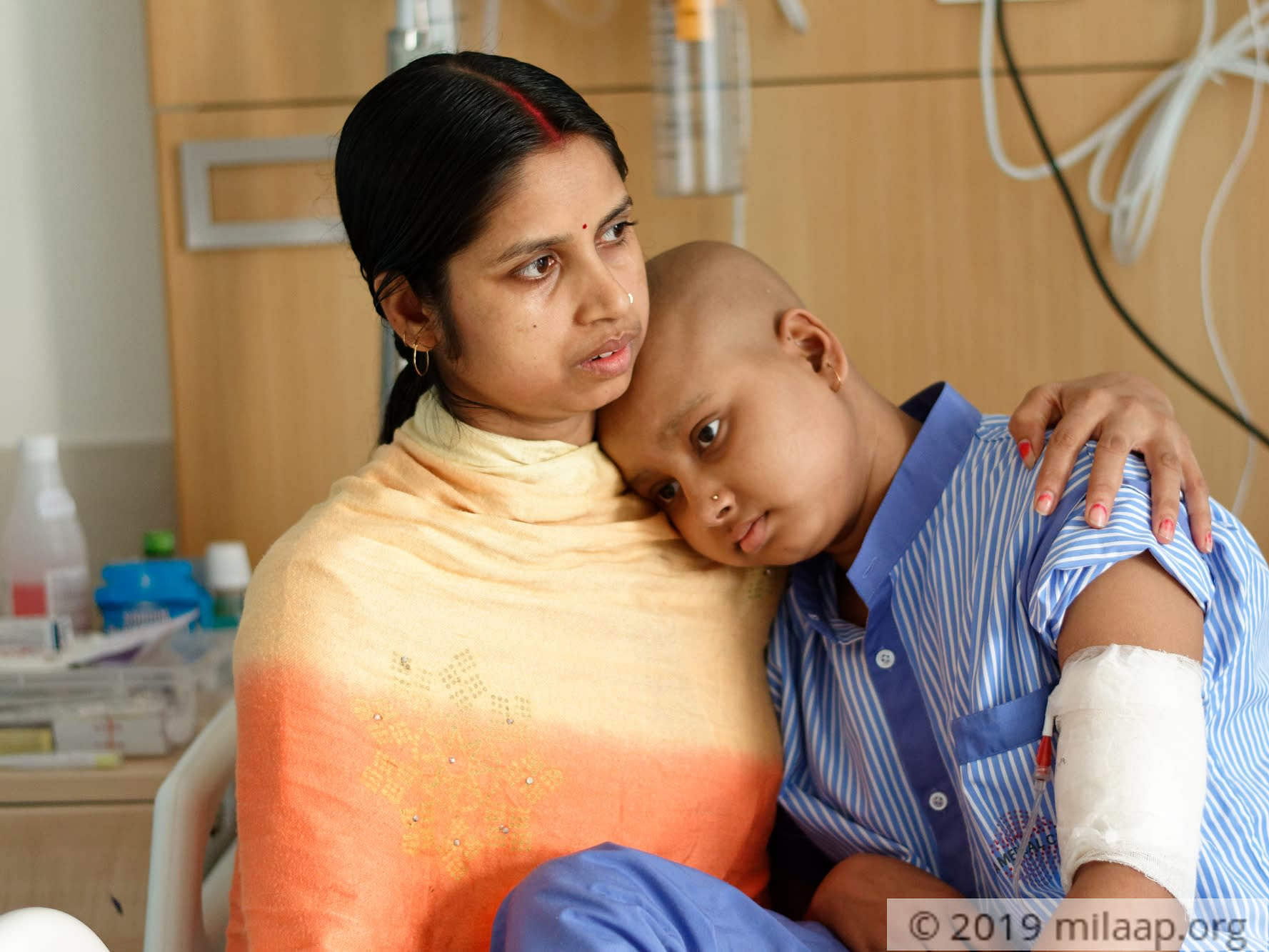 “It’s been 9 months since she last stood on her own legs. I don’t even have the money to get a wheelchair for her. At least here the hospital provides her with one, otherwise I don’t even know how I would be able to take her to the washroom. Her cancer is taking her away from me.” - Tumpa, mother

For nearly 10 years Tumpa has been looking after her house, family, and work, all by herself. Her husband lost the ability to walk due to nerve damage back in 2011, and has been bed-ridden since then. Now, her only daughter is also wheelchair-bound, struggling not just to walk again but also to live another day.

For over a year, Tumpa didn’t know that cancer was feeding on her daughter

A year ago, Kabita started crying uncontrollably, complaining that her legs were hurting a lot. Tumpa took her to every doctor near their village but they all just gave her injections and told her to rest. This went on for a year, without any relief.

It was around this time that Kabita's ankle started developing a black patch, which then began to swell. Soon after, one day Kabita collapsed while coming home from school, and hasn’t been able to walk ever since. It wasn't until she got a biopsy test done that the family discovered that she has Ewing Sarcoma - cancer of the bone.

Kabita is terrified she'll suffer the same fate as her father

“I’ve seen Baba’s life. He has never left his room or moved on his own. Since I was a kid, he has been within those 4 walls. Now the same thing is happening to me. I’m scared... what if I also have to be on the bed for the rest of my life? How will Ma take care of both of us? I’ve heard Ma crying over the phone, telling Baba that she will not be able to save me if they don’t have the money soon.” - Kabita (13)

Tumpa used to run a small grocery store in her village, enough to feed them a day’s meal. But it has been shut since April this year, leaving her without the monthly Rs.3,000 that she used to make. She had to leave her husband alone in their village, relying on her neighbours and relatives to take care of him. She had thought Kabita would recover within a month and that they would be back home soon enough. She was not prepared to hear the word ‘cancer’ for her only daughter.

Kabita has become so weak, her body can’t even withstand these powerful medicines

Due to chemotherapy, Kabita has lost so much weight that the doctors have warned Tumpa to be very careful of maintaining her weight, otherwise her weak body will not be able to bear those high-dosage antibiotics. The doctors have given her hope, however - if little Kabita undergoes surgery and continues her chemo as well as radiotherapy, she could eventually walk again with the help of special shoes.


But even with the hope of seeing her daughter healthy again, Tumpa is not able to do anything. She still needs a sum of 8 lakhs to support her daughter's treatment. Only we can help her now. 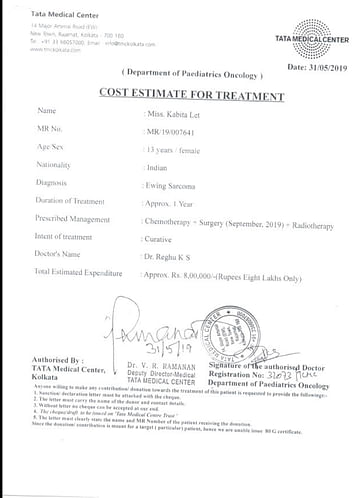 Click here to know more about Kabita Let
Donate now
OR
Click here to read the instructions before you make a bank transfer.

May God bless your family

May God bless your family

May God touch her & cure her.