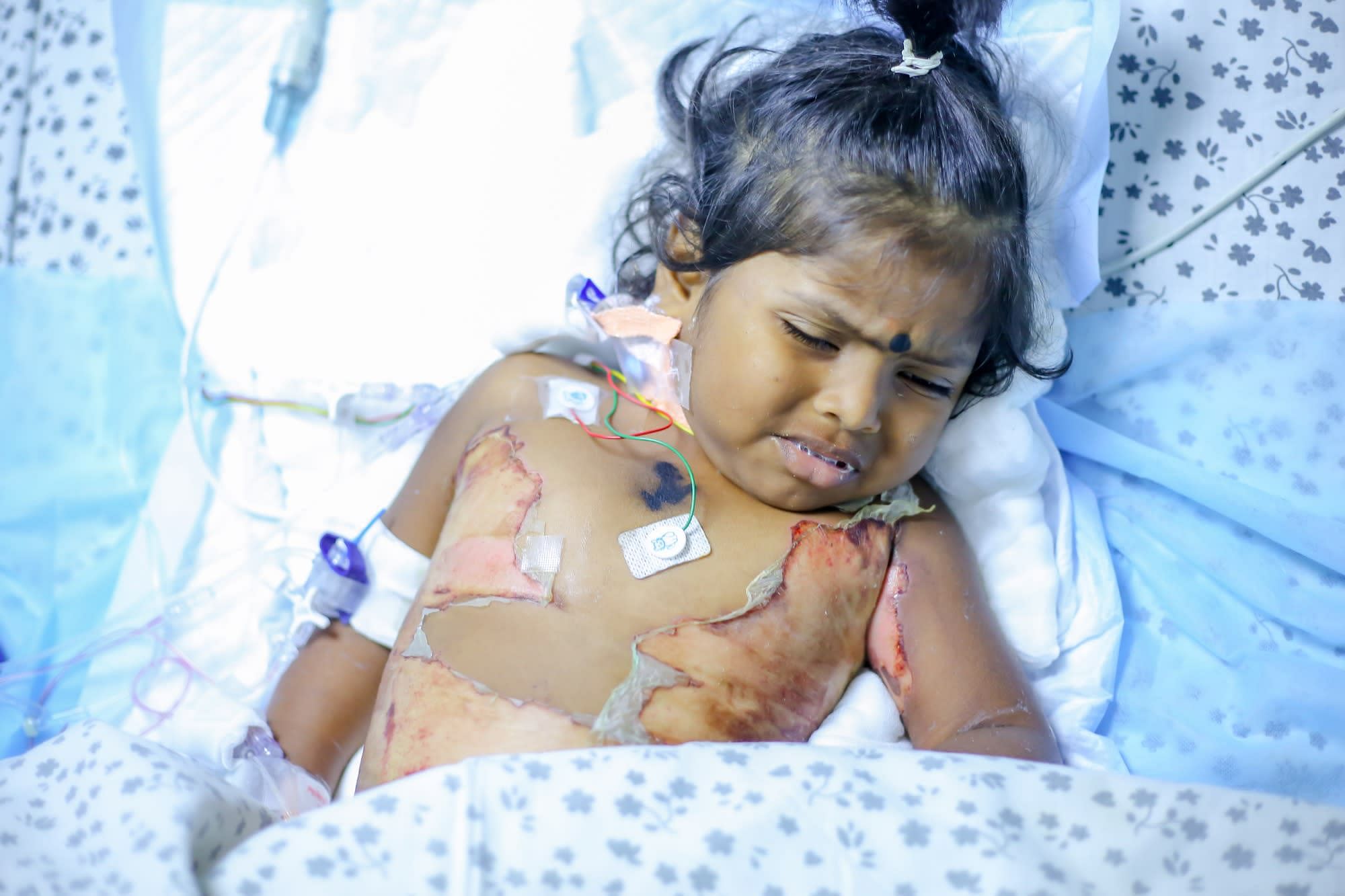 After I pulled her out of the hot water, I could... I could see her skin sizzle, bubbles forming all over! The pain was so much my baby went into a kind of shock. After that first, terrible, scream, she was able to speak only for a few seconds, and then... nothing. She wouldn’t respond to her name, and her head kept shaking side to side. I thought...

I thought my daughter was going to die in my arms! 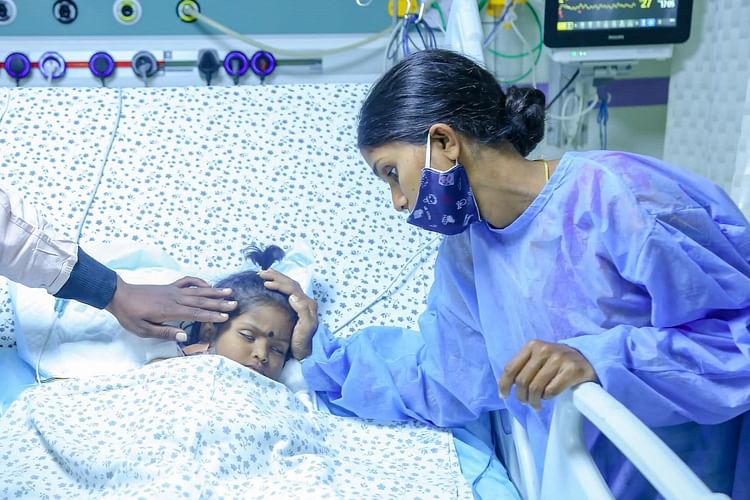 Santosh and Bhargavi didn’t have much but they made do; with what little Santosh could earn from his daily-wage job, they tried their best to give their children a better life than they had growing up. As part of this, once a week Bhargavi would make a special lunch for the kids with their favorite curry, and this is what she was doing this past Sunday, when the unthinkable happened.

“I heard a loud and terrifying scream, and rushed to see what happened. Somehow Hrithika had opened the bathroom door, and tried sitting inside the bucket of boiling water I had kept there for Santosh to take a bath with later! As I lifted her up, her eyes were squeezed shut and she kept repeating that she was just trying to take a bath before lunch. And then she just... she stopped crying.” — Bhargavi, sobbing 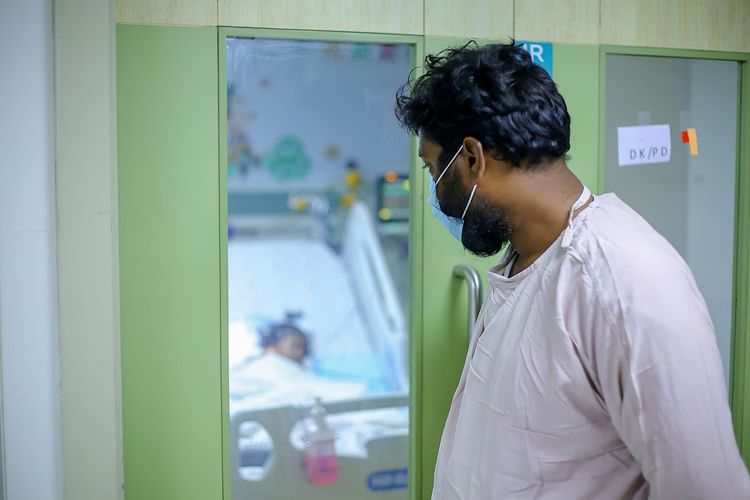 “We took her to the nearest hospital, but they said the injuries were too severe and refused to treat her. The same thing happened at the next one we went to, and the one after that! Five hours got wasted like this, and I started to think that... that she was going to die before we even got a chance to save her. I was relieved beyond words when we finally we got her admitted here, and the doctors rushed her to the ICU. They cleaned her burns and did some minor surgery. Now all she needs is to just stay in the ICU and she can survive!” — Santosh, father 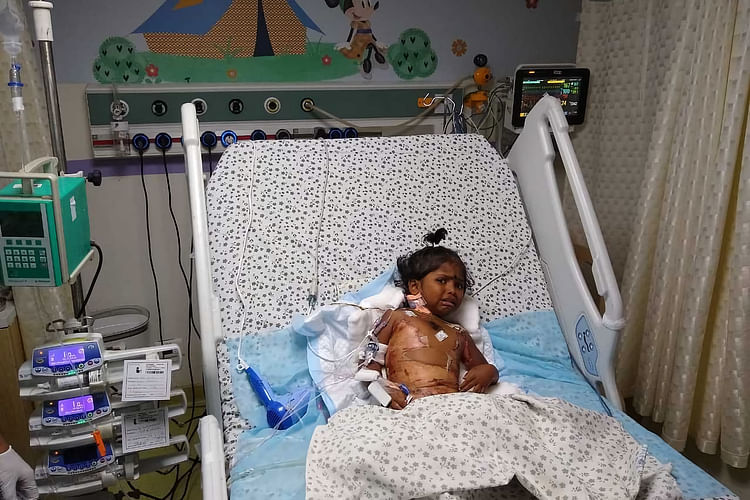 After the initial dressing and first-aid, Hrithika was put on life-support, and her parents were told that 50% of her skin had gotten burnt off due to the accident. After a minor surgery on Monday morning, all she needs now is to stay in the ICU for at least another 10 days, and then in the regular ward for around 2 weeks. Without this, little Hrithika will not survive; her condition is too critical.

“Whenever she’s not unconscious from the painkillers, she keeps saying sorry, she says she’ll be a good girl if we take her home. She's just a kid, only four years old. She barely even takes up any space on the hospital bed! It breaks my heart to see her like this but we're helpless!” 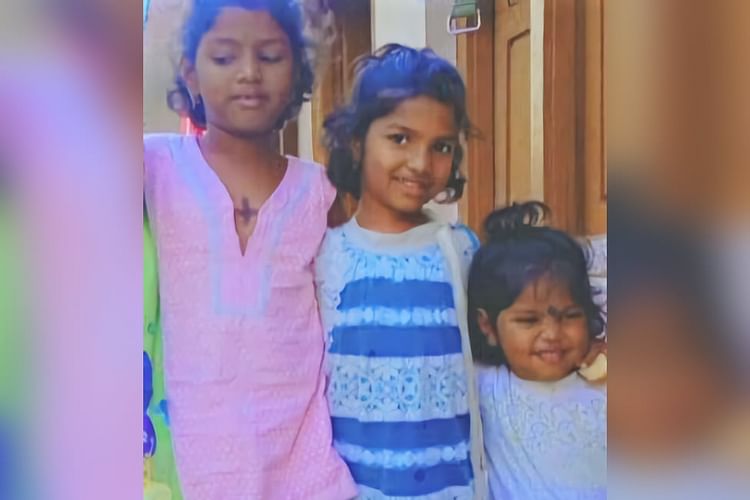 Her sisters are waiting for her to come back home

“I spread mosquito-repellent fog for a living, and though I only make daily-wages, I had my wife and I had my children so I was content. Now, though... We've already begged a relative of ours to sell the small piece of land they own and help me but even that won’t be enough. We don’t know what to do anymore. Her sisters keep asking me when Hrithika will come home... and I have no answer to give them.” — Santosh