An Accident Changed This 23-Year-Old IBM Employee’s Life, His Parents Desperately Wait For Him To Wake up | Milaap

An Accident Changed This 23-Year-Old IBM Employee’s Life, His Parents Desperately Wait For Him To Wake up 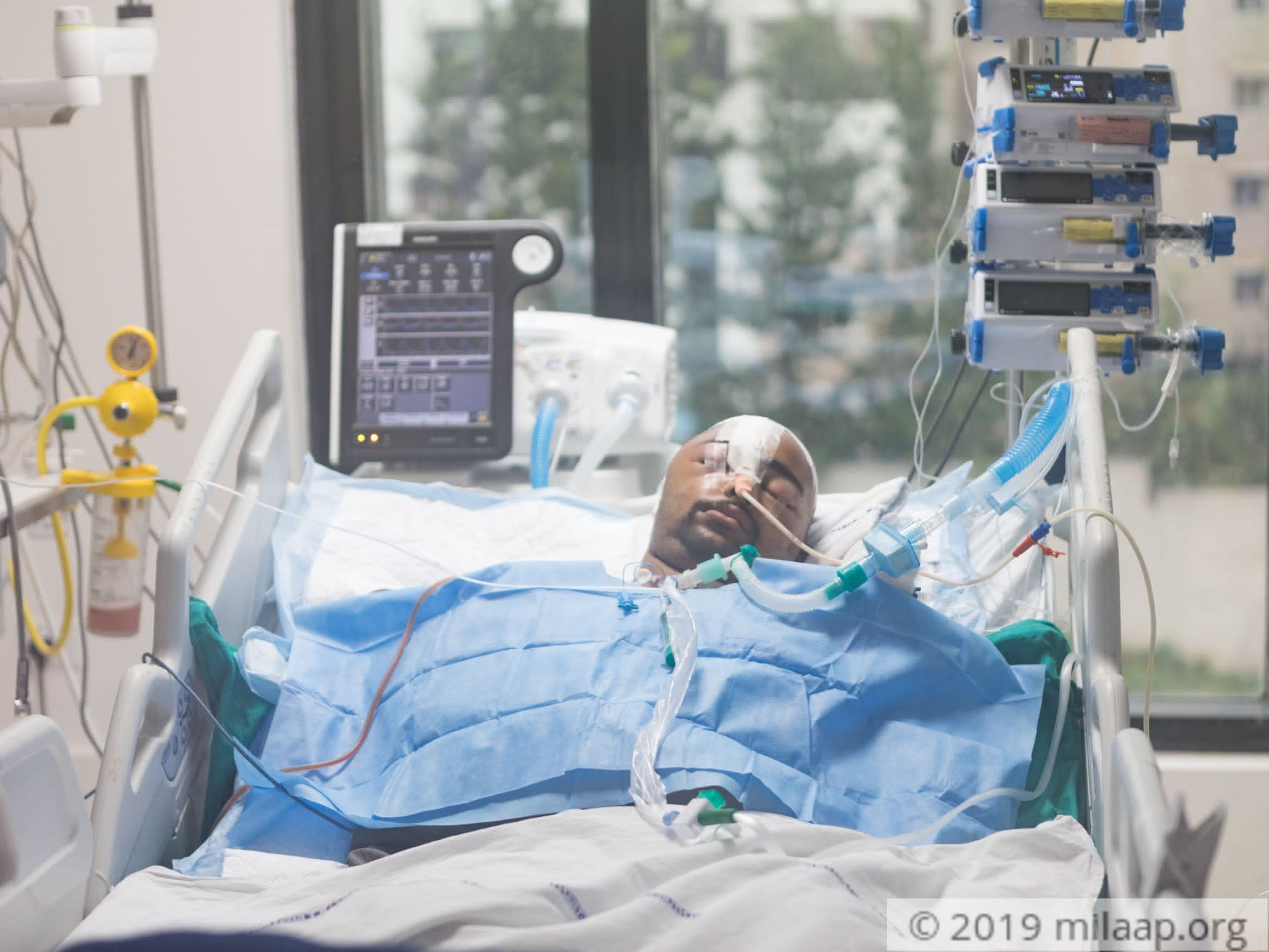 “Hi, I don’t know who I am talking to but this person met with an accident and this was the last dialed number,he is in the hospital right now, and is in a very critical condition, can you please inform his parents?”

Harish’s mother got this call early in the morning. She was devastated, her body froze and she couldn’t take in the fact that her son is lying on a hospital bed unconscious - in a life and death situation.
On Saturday,21st of September, Harish headed out to have breakfast and a truck rammed into his bike. Luckily it was right near a hospital that took him in.

4 surgeons, 8 hours of surgery and parents on their way to the hospital

“By the time his parents came from their village, he was still under surgery. They were desperate to see Harish. It was only when he was being shifted to an isolated room, while they were taking him on the stretcher, did his parents see him for the first time. His mother collapsed on the floor when she saw him.” -cousin, who was at the hospital
“I never thought I would see him like this. I just spoke to him last night and he told me he would call back in the morning, how can he…”- mother, she couldn’t continue talking
Srinivas had a family business which ran into losses and never recovered from it. Though the family was suffering financially, he made sure to provide both his children with an education.

After a very tough childhood, Harish was finally happy

Harish had only one dream growing up - to give his parents and his sister a better life. He was thankful to everyone who was there, supporting them in their hard times but he didn’t want to burden anyone anymore. At a very young age, he took on all the responsibilities.

“Harish got selected for IBM as a software developer and that was the happiest moment for us in a very long time. It’s just been 6 months and he is now… I want him back, I want my son back. ”- Srinivas, father

Srinivas is trying everything to save his son but it is not enough. Their condition is so bad that they are unable to even pay the electricity bill. Harish needs prolonged hospitalization with multiple surgeries and constant intensive care to recover. The treatment would cost them 20 lakhs but they can’t afford it.

We watch through the glass window

“My son is lying there unconscious. I can’t talk to him, I can’t hold his hand. I just want him to know that we are here with him and everything will be okay but he is not waking up. I don’t want to lose him. We can do nothing but watch him suffer through this ”- Srinivas


Harish just started his career. He is still very young. All he wanted was to give his family a better life. Without your help he won't be able to make it. You can save Harish and give this family hope.