Despite The Pain Of Cancer, All This 5-Year-Old Cries About Is To Go Back To Her Father | Milaap

Despite The Pain Of Cancer, All This 5-Year-Old Cries About Is To Go Back To Her Father 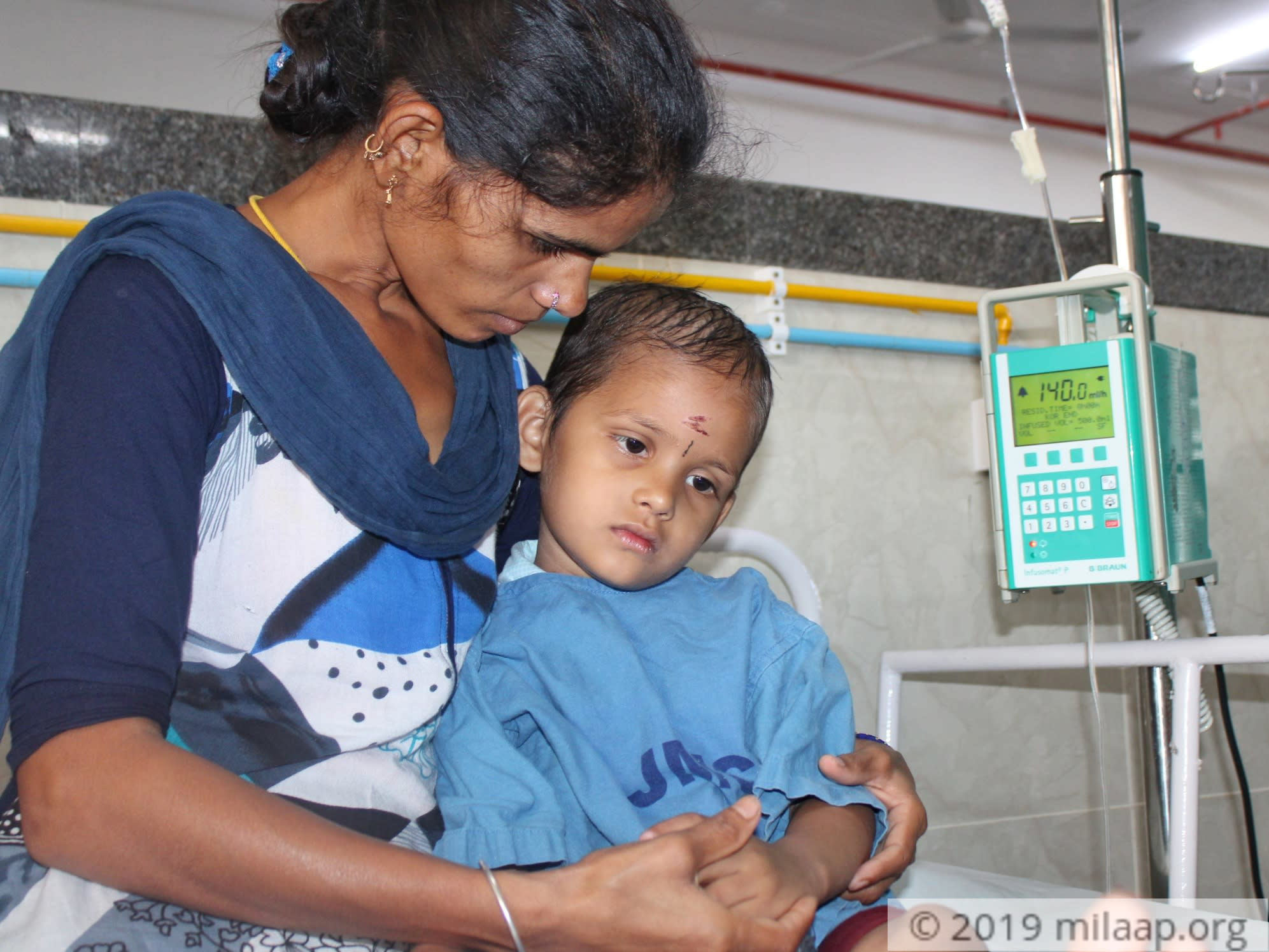 Share
“She used to hold her head and cry for hours! She wouldn’t move from the bed because even looking up at us would cause her pain. Some doctors told us it was dengue, some Malaria. It was weeks before we found out that our daughter could be dying of blood cancer!”
– Ranjini, mother

Halini doesn’t understand why she’s been in the hospital for 5 months now. She doesn’t know why she’s being pricked with needles, why she’s losing weight or why she doesn’t have long hair anymore. When Ranjini tells her it’s for her fever, she promptly says “I will take the syrup you give me amma, why are you making me get injections?”

Ranjini just holds her and cries.


Her father is miles away, working hard to try and save her

Halini would spend her days going to pre-school and playing with her older sister and younger brother. When her father, Rajan, would come home form work, she would make sure he coloured with her and only then ate her dinner. Halini is very close to her father, but he can’t be with her through the pain.

“He visits whenever he can after work, but he’s trying to work overtime to afford her treatment. Every time he leaves the hospital, she begs him to take her with him. He tries so hard not to cry in front of her…he doesn’t want to leave her. But what other choice do we have?”


Rajan has to also take care of their other two children back home as well. He has borrowed 6 lakhs so far for Halini’s treatment. He can’t pay it back, and neither can he continue her chemotherapy any longer.


They didn’t have much, but they were happy. Now they have nothing.

Ranjini is a housewife. Her life revolves around her three children, and she couldn’t ask for more. Of course there were days when she wished she could buy them that extra chocolate or that expensive toy they used to see through the windows of the stores. But barring these few moments, she felt blessed. Rajan works in a small factory, and his income was just enough to support the family.

“We didn’t have much, but at least we were happy. Now all we see is suffering. To watch my 5-year-old daughter cry in pain every day is the worst feeling. We’ve sold the jewellery I had from our wedding… we don’t have anything else to call our own. But none of this is enough to save our baby.”


Little Halini needs to continue chemotherapy to fight blood cancer. She can finally go home to her father and siblings with your help.
H
Patient Halini is 5 years old, living in Bengaluru
SM
Being treated by Dr.Vandhana in St.John's Medical College Hospital, Bengaluru