The Last Time She Smiled Was 6 Months Ago, A Blood Disease Is Killing This Auto Driver's Daughter | Milaap
loans added to your basket
Total : 0
Pay Now

The Last Time She Smiled Was 6 Months Ago, A Blood Disease Is Killing This Auto Driver's Daughter 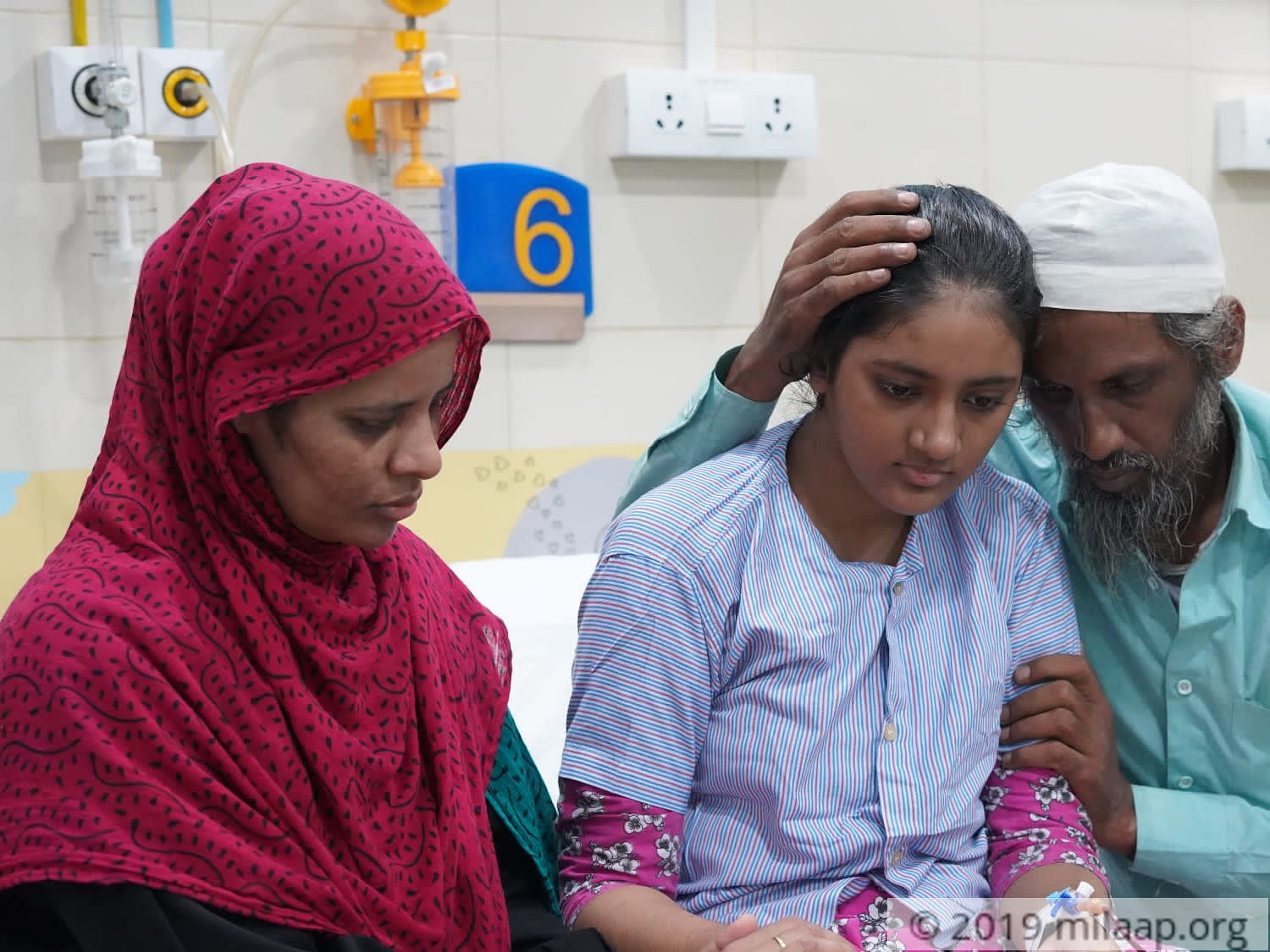 Share on facebook
Fatima is only 13 but she has forgotten to smile. In fact, these days, she gets irritated when someone tries talking to her, asking her if she is fine. She is tired of lying down in bed and being treated for a disease that is slowly sucking the life out of her.

Fatima is suffering from Aplastic Anemia. Her body doesn’t produce enough blood cells. She needs blood transfusions 4 days a week - without this Fatima can’t even get up from her bed; she can’t even walk.

She started bleeding from her nose and mouth

Fatima was under medication for her blood disease and her parents were taking good care of her. But 6 months ago, she suddenly fainted one evening.


“We thought she wasn’t eating properly, maybe she was worried for her exams. But that was not the case. In 2 days, she became so weak that she wasn’t able to get up - she had a high fever and was pale as a white paper!” - Malandi, mother.

Since then she has been on regular blood transfusions - a single day’s miss brings her closer to death.


“We are from Bijapur. I used to drive an auto rickshaw there but for the last 6 months, everything has gone haywire. We are in Mumbai now, getting my daughter treated. I drive an auto here also but Fatima is so sick that I can hardly leave her side,” - Hasan, father.

The money they had come with is nearly over. The family is struggling to afford Fatima’s regular medicines now - often they’re skipping meals. But there’s no way they can afford 16.5 lakhs for the transplant. They have already borrowed and spent over 3.5 lakhs, and they don't even know how to repay those loans back. 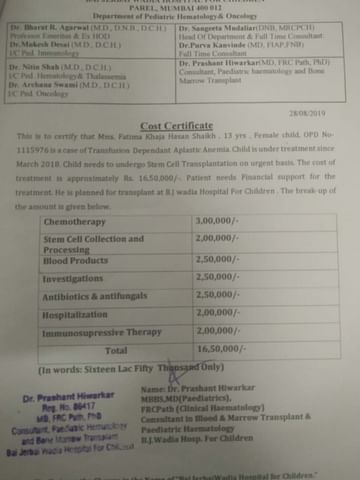 Click here to know more about Fatima
Donate now
OR
Click here to read the instructions before you make a bank transfer.