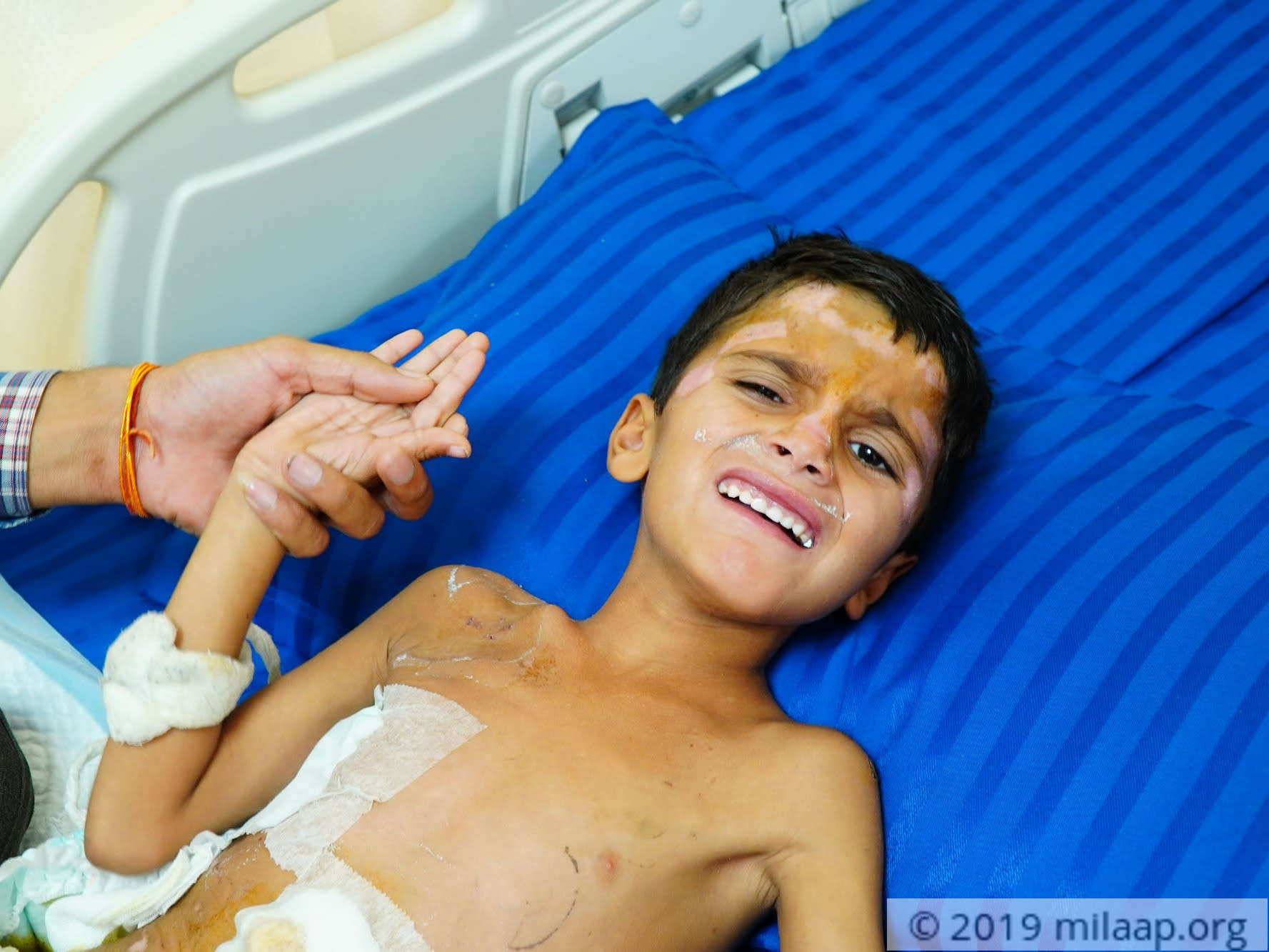 “We haven’t told him that his parents are no more. We couldn’t. It’s just been 2 days since he has been opening his eyes - but just for a few seconds. How can I tell him that his parents didn’t survive the accident that nearly took away his life as well? The doctors are saying that he might be getting better, I don’t want to lose him as well...not him too…,” - Rajesh, uncle of 5-year-old Dipanshu.

Lying in the ICU, little Dipanshu doesn’t know that his parents are no more. He is groggy from the medicines. He has suffered severe injuries from a road accident that took away his parents. He is critical but he has hope. However, Rajesh doesn’t know if he can afford to save his nephew’s life.

Within seconds, everything was over - almost everything

Dipanshu was on a bike with his father and mother, they were going to a relative’s house. But destiny had other plans. A fast-moving vehicle hit the bike from behind and within seconds, Dipanshu’s parents were dead.

“It’s nothing short of a miracle for us that Dipanshu survived. But his injuries are very severe. His intestines are punctured, his brain is also affected. He has had one surgery but he might need another. He can’t be moved out of the ICU, he is that critical…” - Rajesh.

We haven’t left his side, we fear something will happen…

Rajesh, his elder brother, Kishen Kumar and their old mother are spending sleepless nights worrying about little Dipanshu. They haven’t left his side, even for a single moment. They wait outside the ICU fearing the worst.

“We tried to take Dipanshu to the hospital immediately, and we also had to perform the last rites of my brother and sister-in-law. By that time, he had already lost a lot of blood. We were scared that we might not be able to save him. But now, he is slowly on the path to recovery. How can I stop his treatment now?” - Rajesh.

They are a family of daily wagers who have borrowed over 3 lakhs to start Dipanshu’s treatment. They need about 5 lakhs more. With no one to help them, they are desperate.

“Dipanshu’s brother keeps calling me. He wants to meet him, he tells me how much he misses his parents. What answer do I give to these little kids? Please, please help me!” - Rajesh.

His parents didn't survive the accident but he has hopes of getting better. His uncle is struggling to save him but he can't without your help