This Deadly Cancer First Took This Boy's Kidney, Now Threatens To Take His Life Too 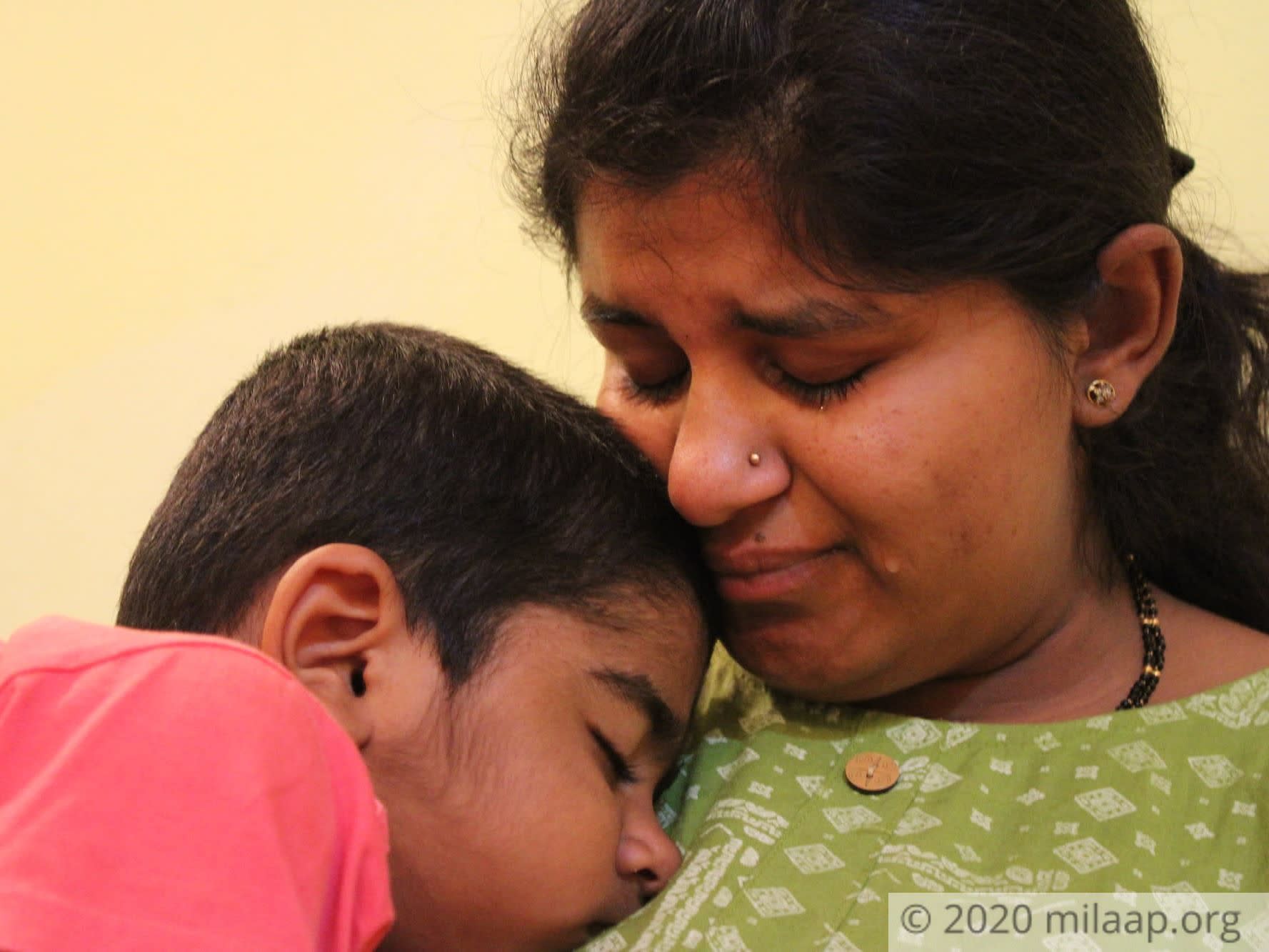 Share
“In just one month, all our lives changed forever. My husband lost every rupee of what he had saved for us all, and my 2-year-old son, he… he lost a kidney!”
– Kavya, mother
One month ago, Chandan's stomach started bloating all of a sudden, and at just 2, he was dangerously overweight at 17kgs. He struggled to breathe and gasped for breath all the time. He couldn’t eat food and passing urine hurt him so bad that he’d wince in pain. All his carefree days became history. His family didn't realize he was battling cancer. 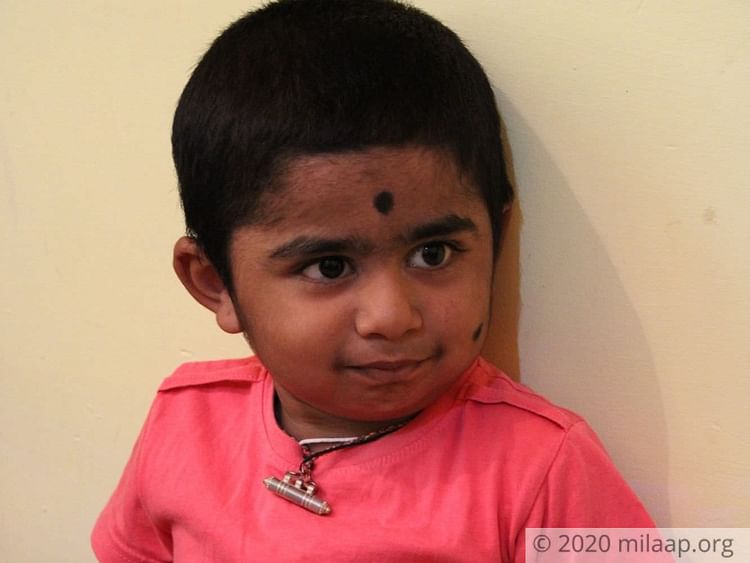 They had thought it was simple indigestion

“Last month, his stomach became as hard as a rock, and it started swelling. The doctors gave him a tonic for indigestion, but even a week later, there was no change. When they scanned him, they told us he had a tumor that weighed 1kg…We could not believe our ears! But now, I wish it had just been a tumour!” – Kavya. 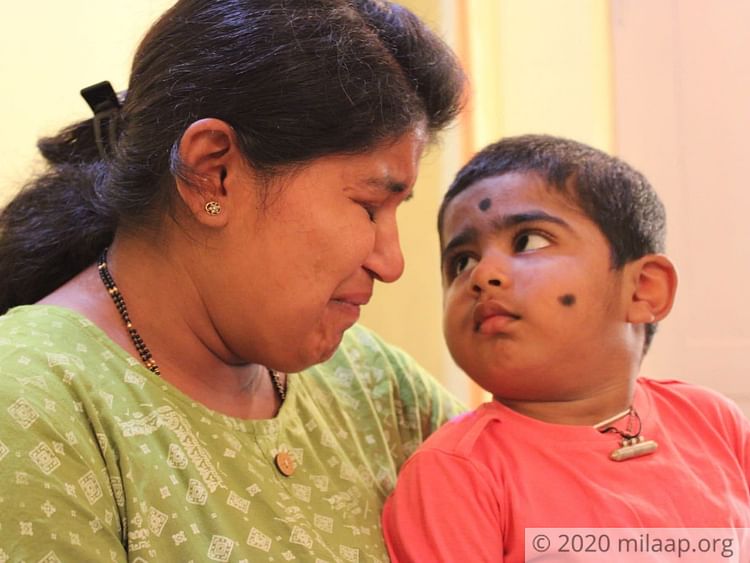 They were stunned when little Chandan was diagnosed with cancer

“At such a young age, facial hair started showing up on my baby. His face got chubbier, but he got weaker… He had no energy left” – Kavya

After further testing of the tumour, Chandan was diagnosed with Adrenocortical carcinoma – a rare cancer of the adrenal glands, that resulted in excessive production of hormones. An excess in hormones leads to early growth of the reproductive system, amongst other organs, as was the case for Chandan. 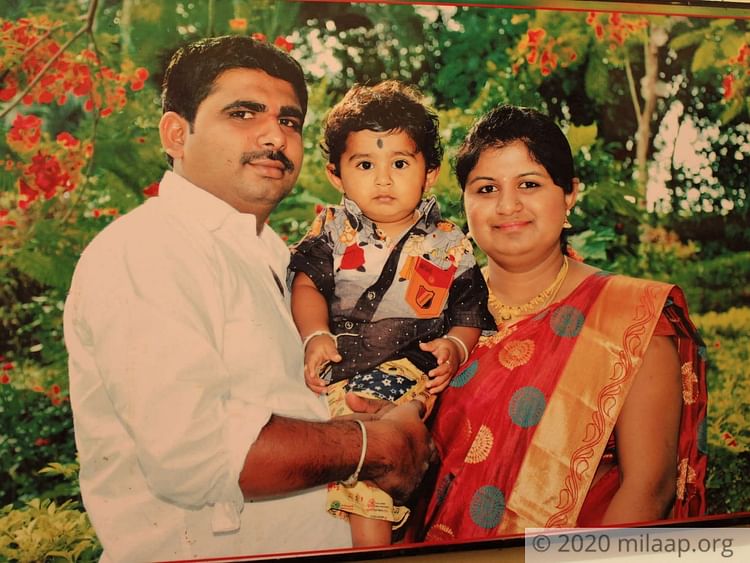 Just two days after his biopsy, Chandan gained 3kgs and struggled even more to breathe. His condition became critical, and he was admitted in the ICU. His blood pressure shot to 140, and his creatinine level increased exponentially. Only an immediate operation could save him!

“His tumor sat on his left-kidney, engulfing it. The doctors told us there was no way to remove the tumor without affecting the kidney. So they had no choice but to remove the kidney as well… he did not deserve such a big sickness! That slowed his cancer down, but he still needs further treatment!” – Shashidhar, father 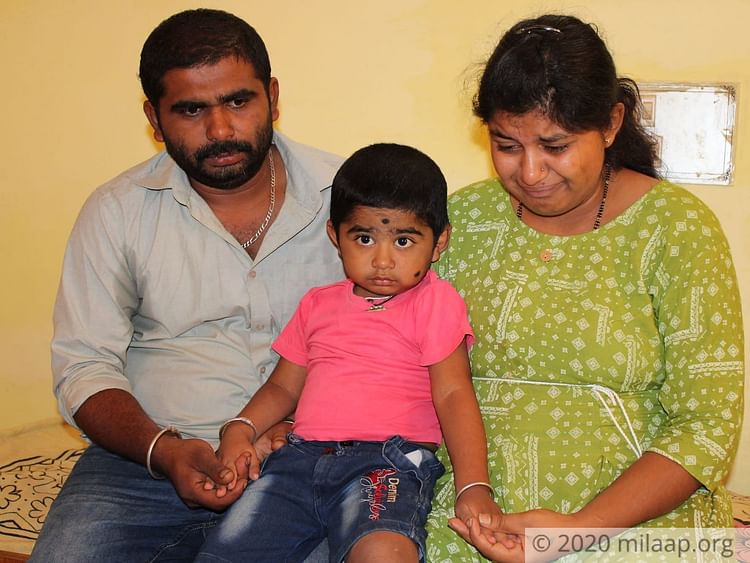 There is a cure to little Chandan’s cancer, but his parents can never afford it

Shashidhar owns a small mechanic shop in his village, that fetches him no more than Rs. 6,000 a month. Torn between a pregnant wife, an unborn child, and his dying son, Shashidhar is helpless. He is afraid he will fail.

“My wife is pregnant with her second child, and all this trauma has affected the baby. They're saying the baby is too weak… All this is too much for us to take in! Chandan's treatment will cost 20 lakh rupees; 60,000 per month. It is 10 times my monthly income. How can I ever afford it? I have spent over 3 lakhs from my pocket and taken loans as well. All I have left now, is a broken heart and a huge debt… and neither can save my son. Help me, please!”

Little Chandan has seen more than enough hardships and pain for a 3-year-old. With your generous contribution, he can live a happy cancer-free life.
C
Patient Chandan is 3 years old, living in Bengaluru, Karnataka
NH
Being treated in Narayanaa Hospital, Bengaluru, Karnataka