This Maid Is Struggling All Alone To Save Her Daughter's Life, After Husband Abandoned Them | Milaap

This Maid Is Struggling All Alone To Save Her Daughter's Life, After Husband Abandoned Them 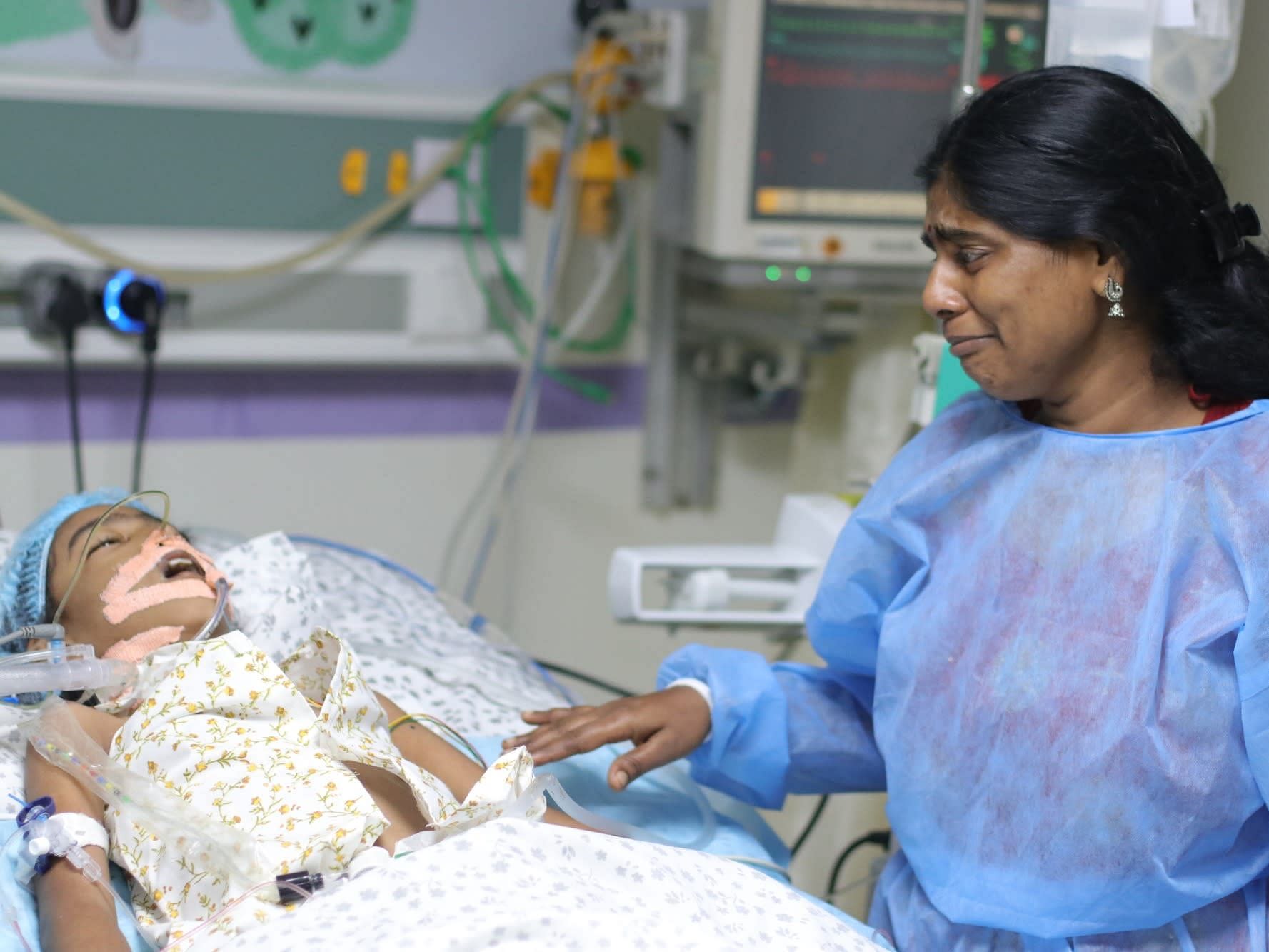 Share
As Suvarna held her daughter’s hand, sitting in the ambulance, she couldn’t stop crying. Her heart felt like it would explode, and she could hardly think... Her little one was unconscious, barely breathing.

“There was a very real chance that my daughter could die right there in my arms, and I felt terrified! But more than that... I felt unbelievably alone. Though I knew my husband had left us 6 months ago, a part of me hoped he would care enough to come and see Sanjana, to be with us. 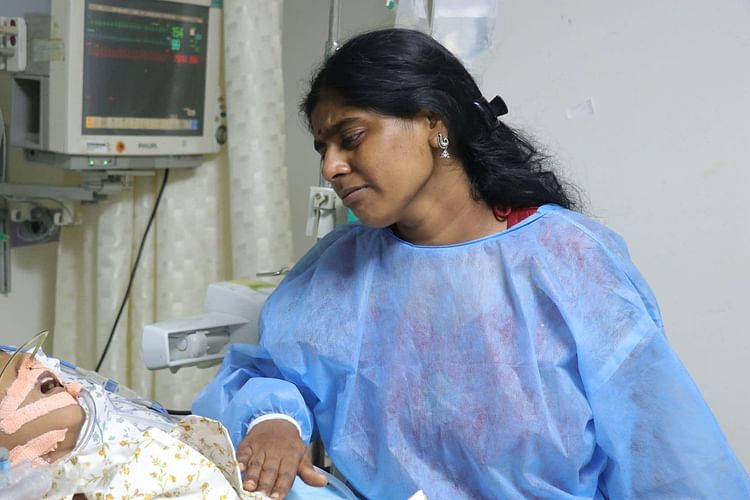 Suvarna has been struggling to take care of her family all by herself for around 3 years now, after her husband quit his job and started staying at home. She was forced to start working as a maid in the homes of people she had called friends and neighbors until that point, but she never complained. All that mattered to her was that her family was fed and sheltered.

“My first big challenge as the breadwinner of the house was when Sanjana got TB a year or so ago and got hospitalized. I couldn’t work, spending all my time with Sanjana, but we somehow managed. Once she recovered, though I had to take on so much extra work, I was relieved,”

It was 6 months after this, when Sanjana developed a bout of pneumonia, that Suvarna's husband walked away and never turned back. 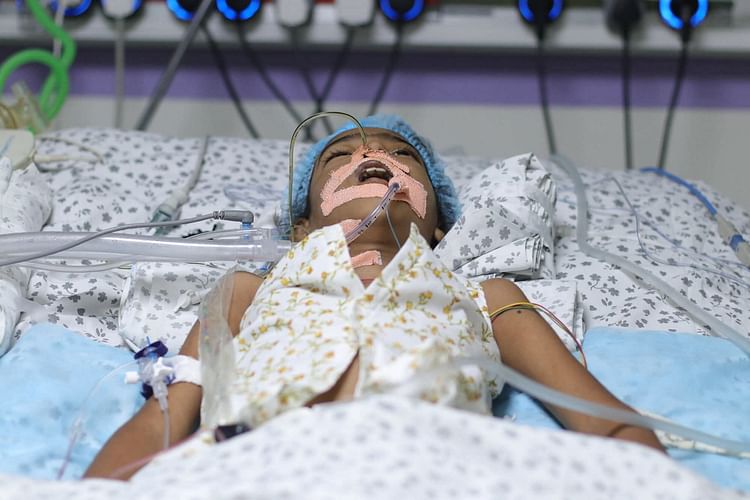 However, not only is her TB back, her condition is more critical

“Ten days ago, Sanjana suddenly started having severe breathing difficulty. I took her to a doctor, who gave her some medicines and told us things would be okay. But then it got so bad that one morning I woke up to the sound of her wheezing and gasping for breath, tears running down her face! I rushed her to the hospital where she was immediately taken to the ICU and put on a ventilator. The doctors did a test and told me that her TB was back!” 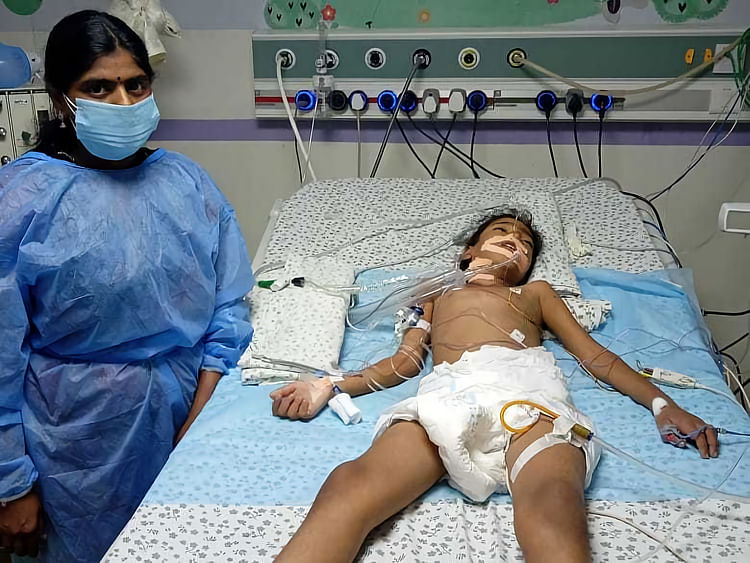 Sanjana needs at least 3 weeks of hospital stay, 2 in the ICU

Because of the criticality of her condition, this poor 9-year-old is on ventilation, multiple antibiotics, and a variety of other supportive management. She needs this level of care for another three weeks, two of them in the ICU. It is the only way young Sanjana will make it out of this alive.

“One of her lungs is already fully damaged, and the other one will get more and more damaged with each passing moment where she isn’t receiving treatment. Please, help me save my daughter's life!”

As a maid, there is only so much Suvarna can do, especially with her husband not extending any kind of support at all, be it financial or emotional. You’re this small family’s only hope. Click here to donate.
BC
Patient Baby C Sanjana is 9 years old, living in Hyderabad, Telangana
RC
Being treated in RAINBOW CHILDREN HOSPITAL, Hyderabad, Telangana