My Sick Wife Begs Me To Save Our Daughter’s Life Before She Loses Her Own | Milaap
loans added to your basket
Total : 0
Pay Now 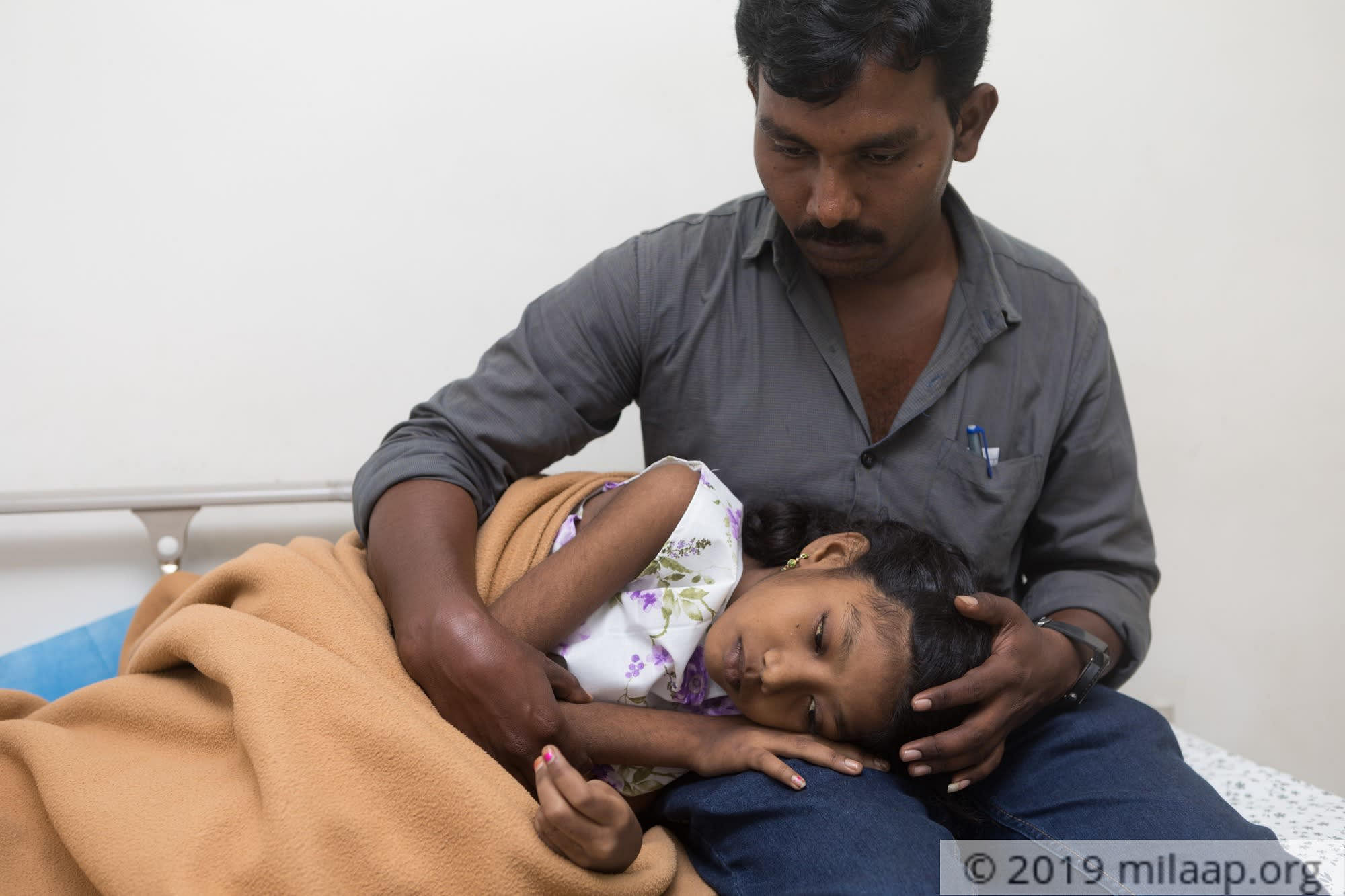 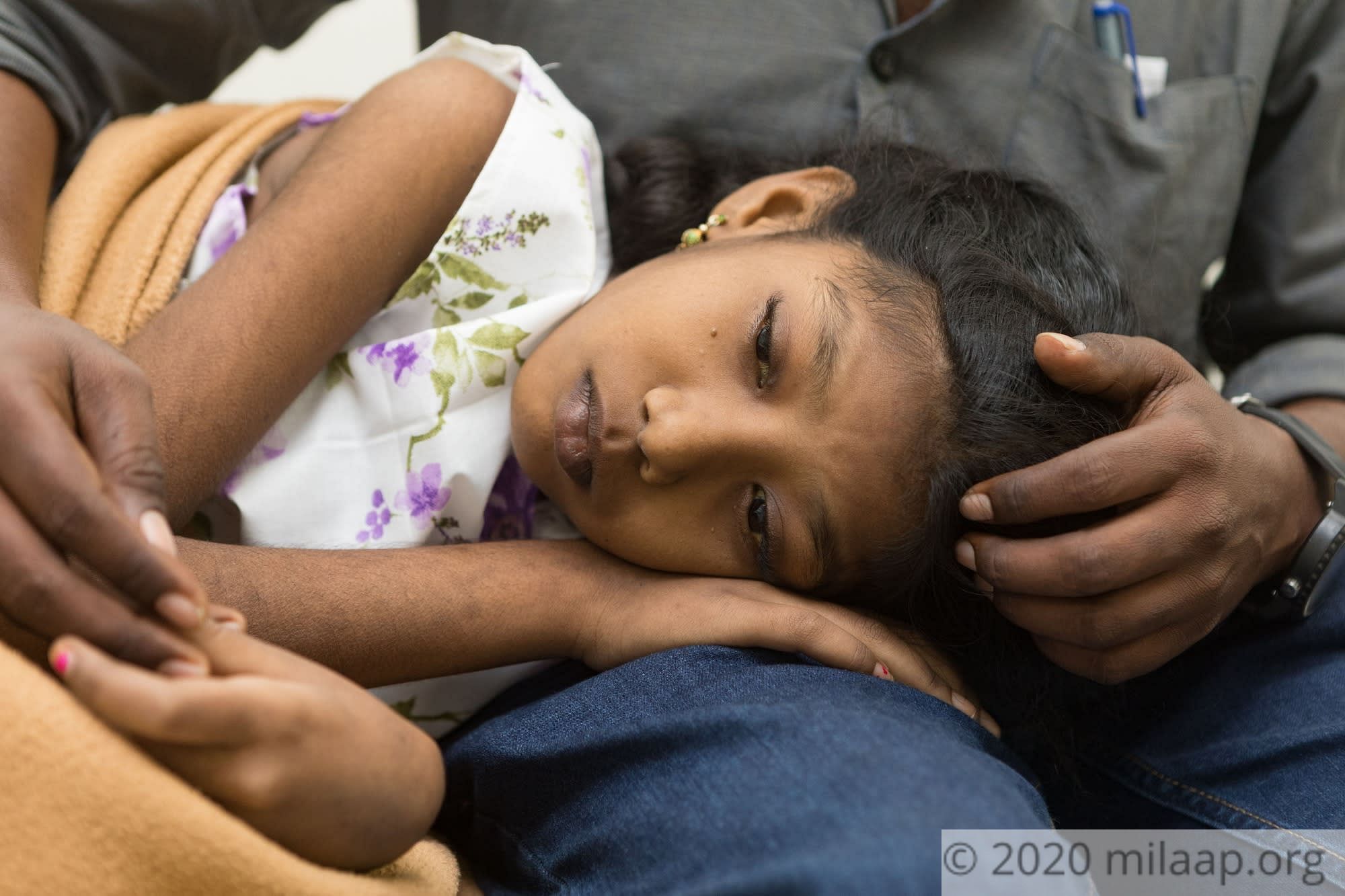 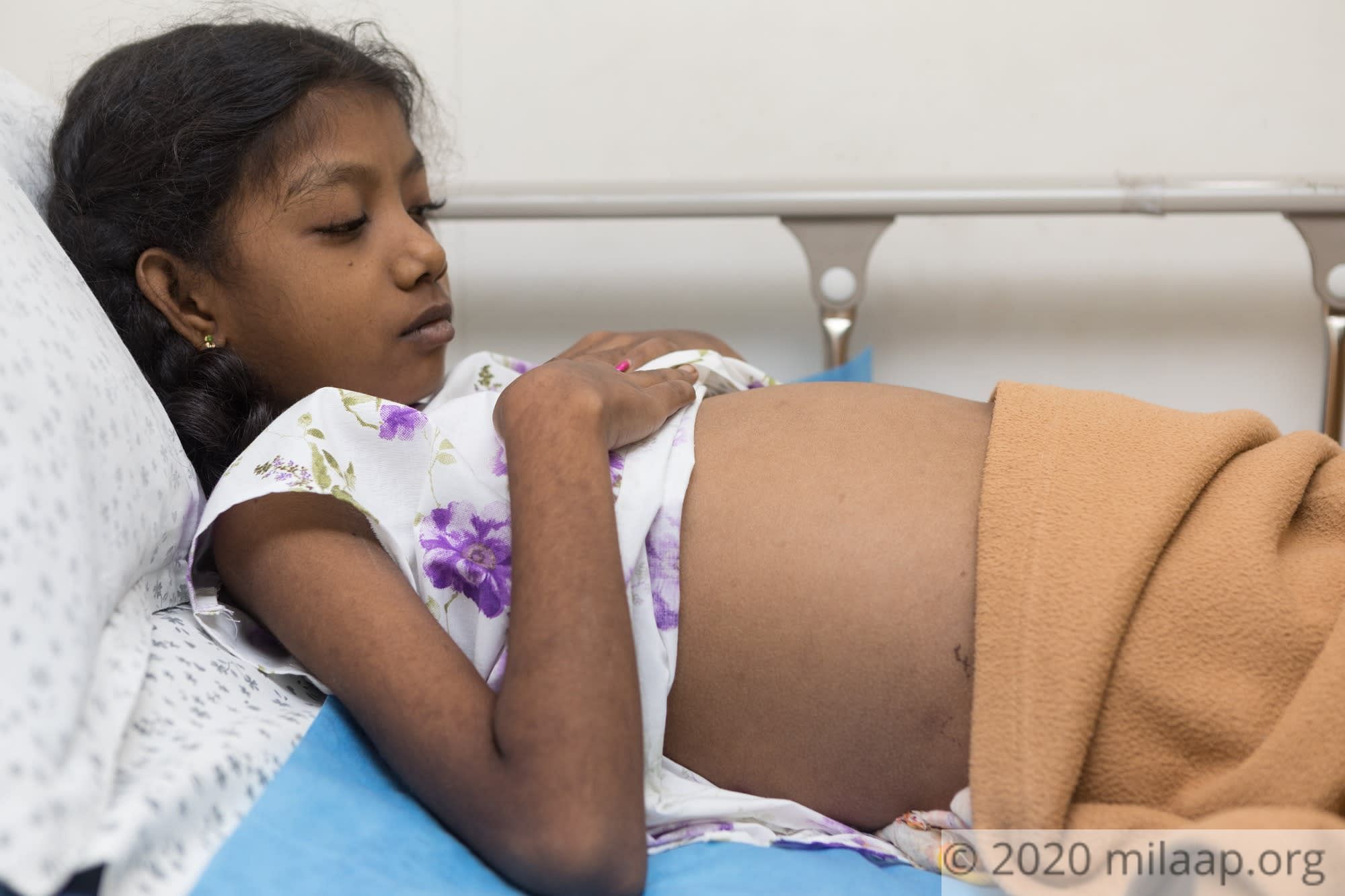 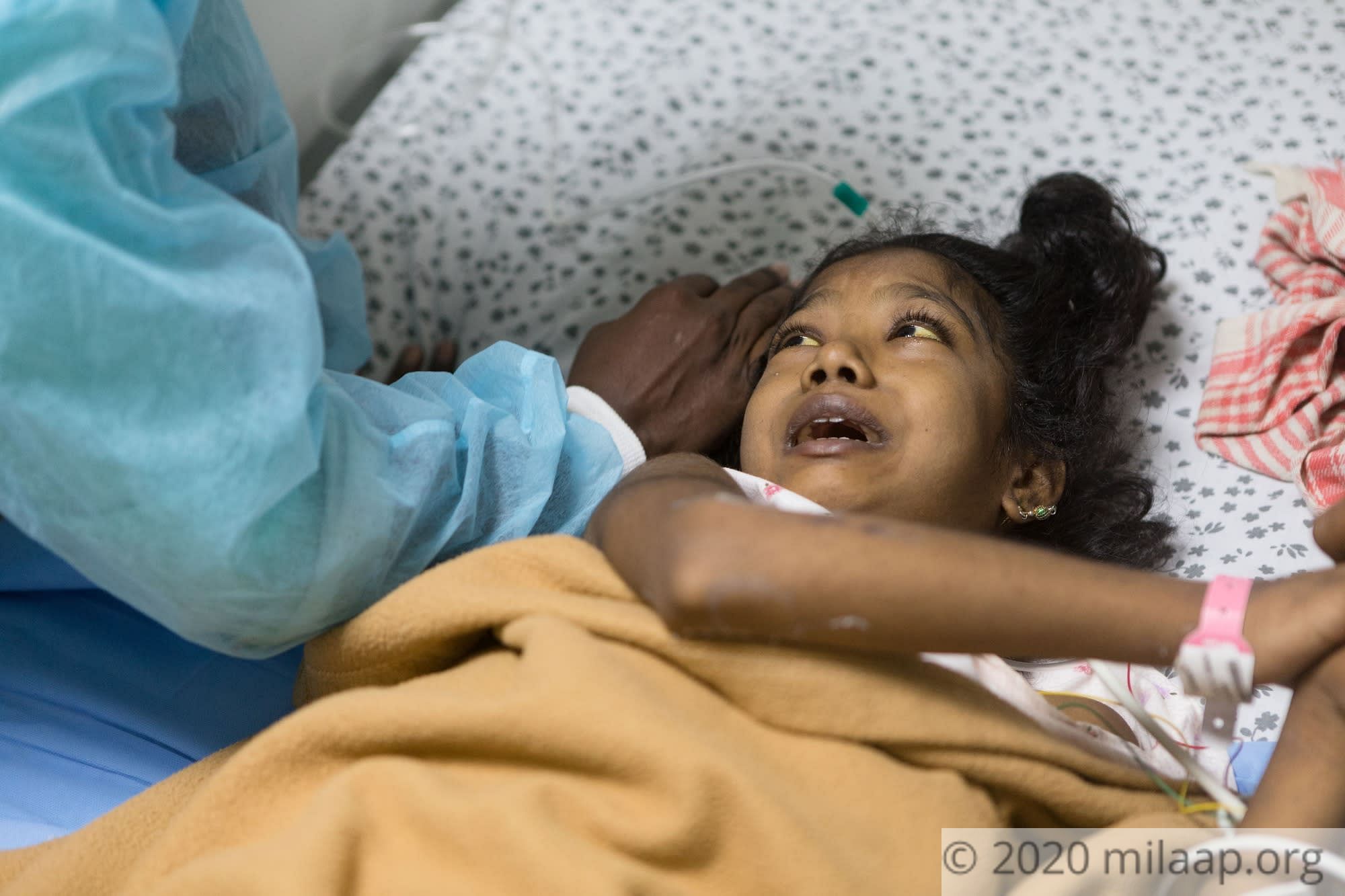 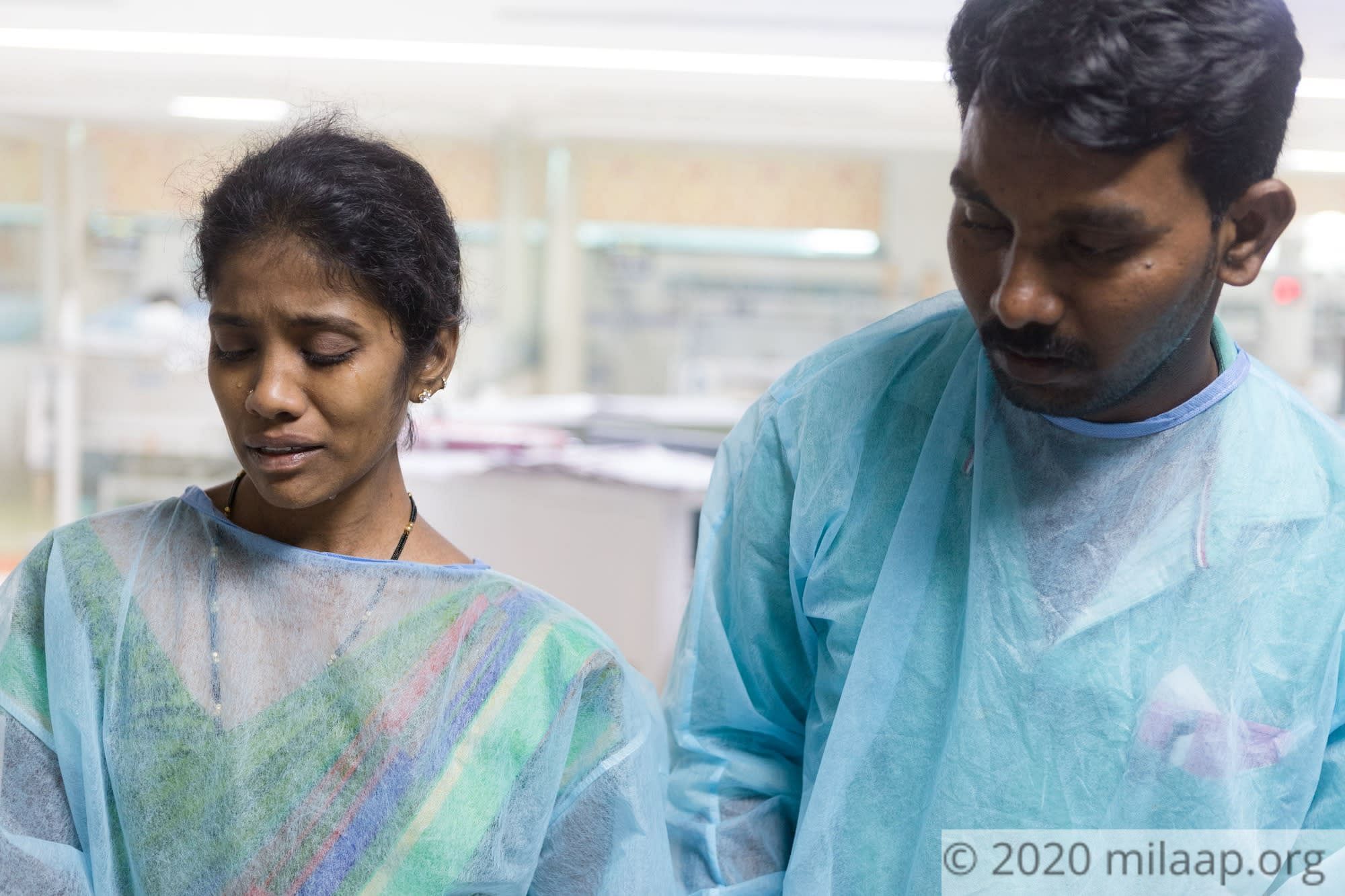 Share on facebook
Yona needs a surgery to fix the veins in his hand and his wife Sandhya needs a heart surgery at the earliest. But they have decided to focus on saving their daughter who is suffering from complete liver failure. Yona is ready to donate a part of his own liver for his 10-year-old daughter Blessy, he only needs the means to do so.

Yona works as a driver in a small village near Kurnool. Last January, as he prepared to get operated upon, he decided to get a health checkup for his oldest daughter Blessy because she had lost a lot of weight and looked dull. Blessy was asked to be admitted immediately because she had jaundice. To the parents’ horror, in just a week, they were told Blessy was in the final stage of liver damage and needed an immediate liver transplant.


“I haven’t gone to work a single day since then. I have to arrange for rare and unavailable medicines for my daughter. She is running a constant fever. She has nosebleeds and her whole body swells up. Every third day, we rush to the hospital and save her from the brink. I can’t leave her because anything can happen at any time. My wife keeps begging me to save Blessy, she fears she will lose her life before we can save Blessy,”—Yona, Blessy’s father

Blessy (far right) with her siblings before she became sick

In just nine months, Blessy has become very sick. She has a condition called Wilson’s Disease. This makes her body unable to get rid of copper from their bodies. Caught in time, it can be managed with medicines. Unchecked it damages the body’s essential organs. Unfortunately, in Blessy’s case, it was caught at a very late stage. Her liver is completely damaged and she needs to be admitted to the hospital frequently just to stave off the end a little longer.

“We were such a happy family. All of a sudden last year, my wife fell very sick and was found to have a heart condition and I developed a severe, debilitating pain in my hand. We kept going for the kids. We thought before something happens to us, we should take care of our children’s future. Blessy falling sick was the worst blow.” —Yona

Now more than ever, the family needs a helping hand

Despite earning only Rs 10,000 a month, Yona sold all the family property and borrowed heavily to pay medical bills of over Rs 15 lakhs. He was shattered to learn that the one thing that might save his daughter is a procedure that he has no hope of being able to pay for. He has put aside all his own health troubles to desperately look for a way to save his child.

Blessy is the apple of her parents' eye and really needs your help surviving her condition. Contribute to help her. 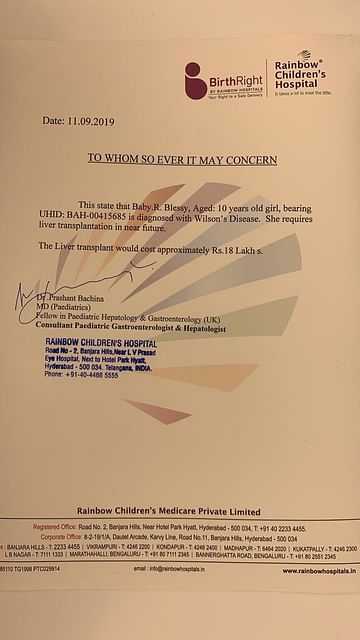 Every struggle whether its a small or heartbreaking will only be given to discover your inner strength. Don't lose hope on yourself and faith on GOD ! Blessy will definitely grow as a blessed child in future :).

1224 others have contributed
Click here to know more about Blessy

Every struggle whether its a small or heartbreaking will only be given to discover your inner strength. Don't lose hope on yourself and faith on GOD ! Blessy will definitely grow as a blessed child in future :).

Guruji blesses you with good health

May your daughter become healthy soon, and live long along with all of you being healthy too