11-Year-Old With Cancer Feels He Is Destined To Die, While His Parents Struggle To Save Him | Milaap
loans added to your basket
Total : 0
Pay Now

11-Year-Old With Cancer Feels He Is Destined To Die, While His Parents Struggle To Save Him 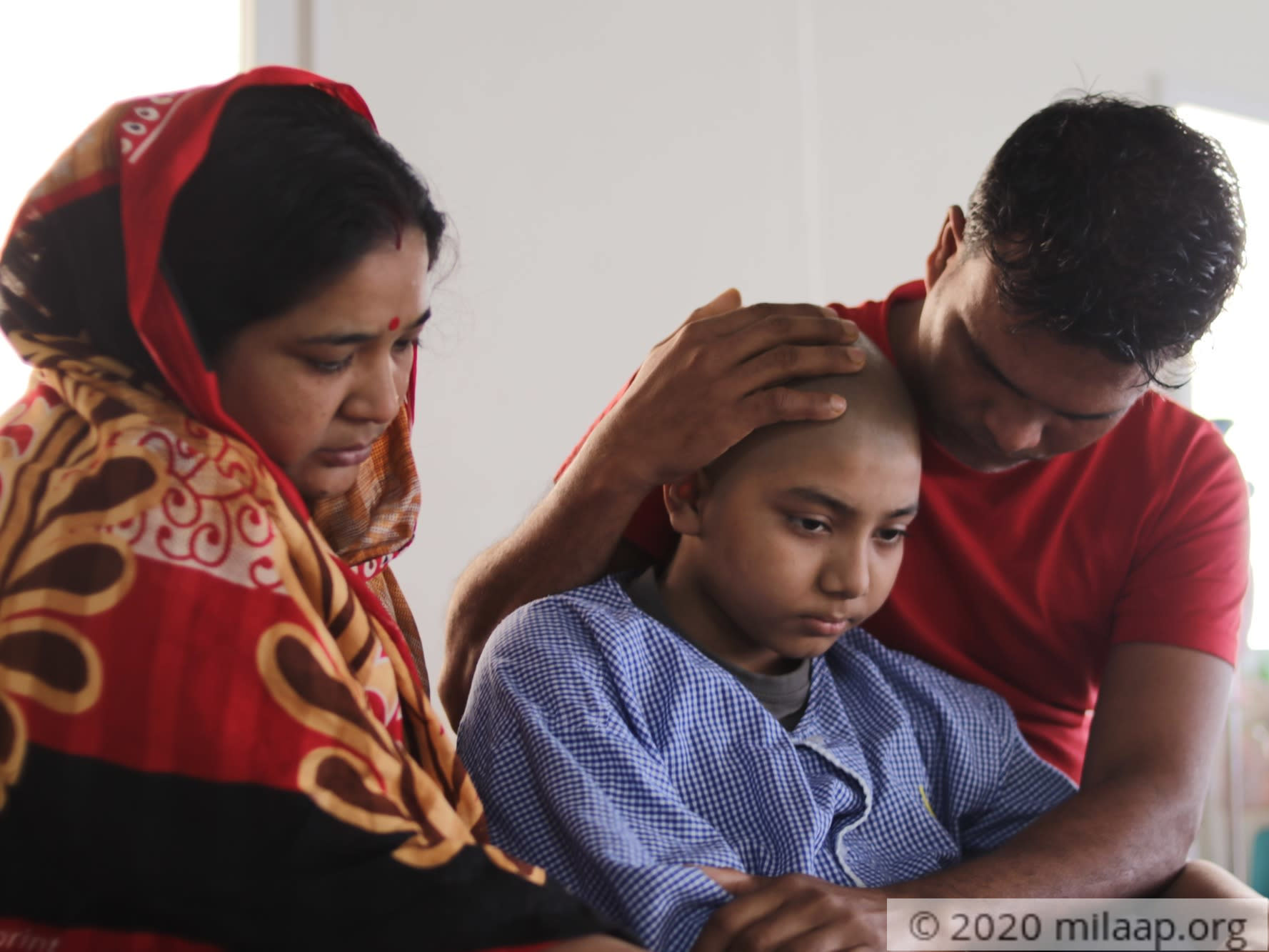 Share on facebook
When Arati noticed Biplob limping a few months ago, she thought it was because of the football match in his school. Soon there was swelling in Biplob’s right ankle, and his parents got worried - how can a football bruise be so bad, they wondered.

“We took him to so many doctors, so many tests were done but they found nothing for so long. Only when his condition got severe did they figure out that it was cancer. The swelling in his leg was because of a tumour!” - Arati, mother.

It seemed as if he would not live for another day

They started with Biplob’s treatment in Dhaka. He underwent surgery immediately and was started on chemotherapy. But soon his condition started getting worse. He was urinating blood and in just one day he lost so much blood that he had to undergo transfusions.

“I couldn’t bear to look at my son... he wasn’t even able to get up off the bed. When did he become so serious, can we even save him? These questions kept coming to our mind. It was then that I decided to take him to India, hoping to cure him of his cancer,” - Sanjib.

Biplob is an intelligent child who has, by now, understood that he is suffering from deadly cancer. He doesn’t talk much about it but you can often hear him consoling his parents who can’t help but break down in front of him. ‘Ma, everyone dies one day - don’t cry for me, I can’t see you like this’, Biplob tells Arati.

“My heart breaks! But what can I even do? He has had two surgeries - one in Dhaka and one in Bangalore, yet nothing seems to get better. He needs continued chemo and radiation to keep the tumour in check. But there is no way we can afford the treatment,” - Arati, mother.

Arati and Sanjib sold everything they had to afford their only child’s treatment. Their house, the small piece of land, their savings - it’s all gone now. Their relatives aren’t able to help them any longer but these desperate parents need around 8 lakhs more for Biplob’s chemotherapy.

“They said they would have to amputate his leg if there is any more delay in the treatment. I can’t let that happen, but how will I afford the treatment? I have spent over 12 lakhs, another 8 lakhs more is impossible for me to arrange - I don’t even have a job now,” - Sanjib, father.

Once a farmer, Sanjib now has no source of income after he has sold off his only piece of land. He is frantically searching for help to save his 11-year-old, even a small contribution from your side can make a big difference.