Turned Away From 3 Hospitals, This Is Single Mother Indra’s Last Chance to Save Her Daughter | Milaap
loans added to your basket
Total : 0
Pay Now

Turned Away From 3 Hospitals, This Is Single Mother Indra’s Last Chance to Save Her Daughter 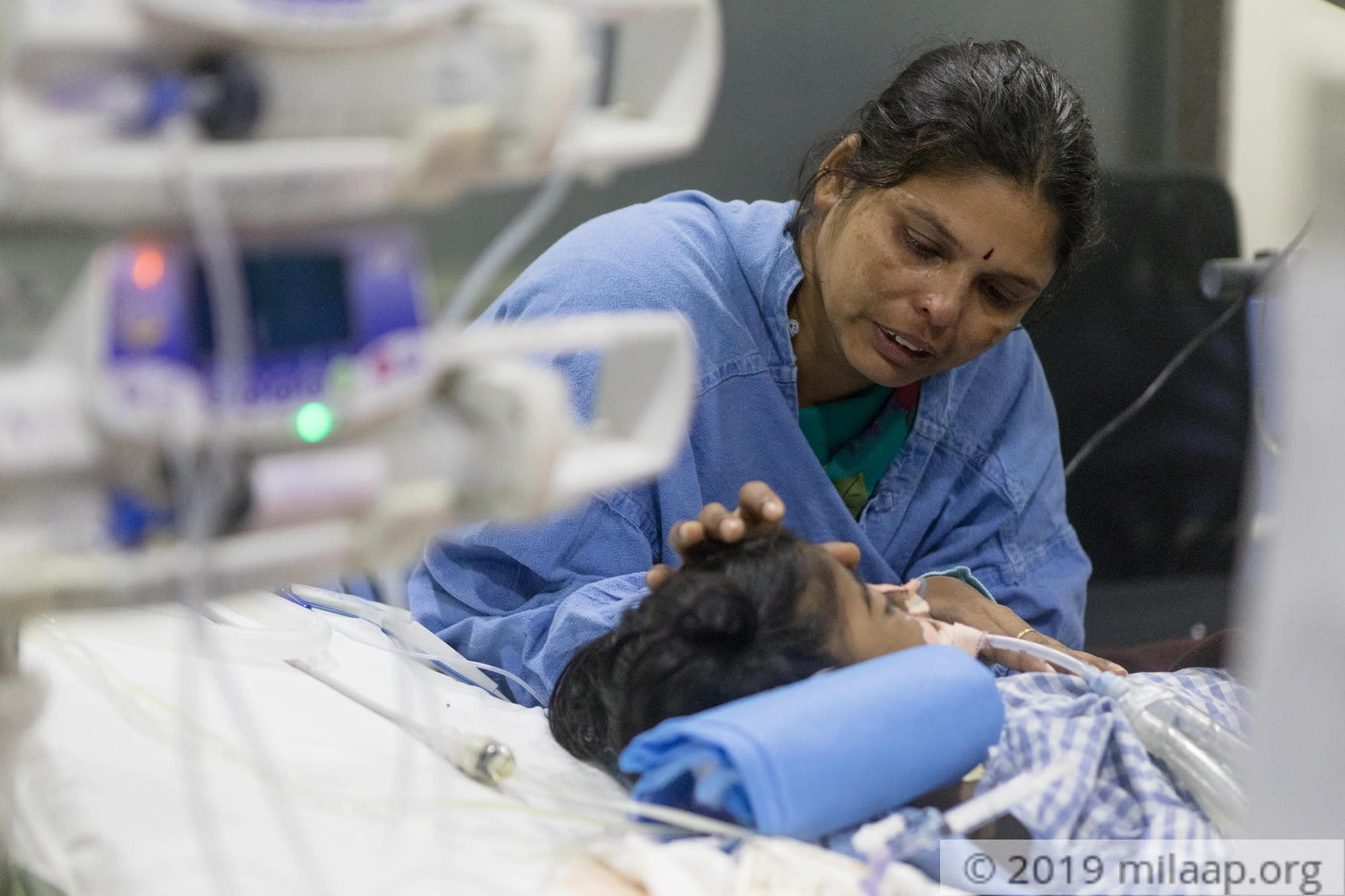 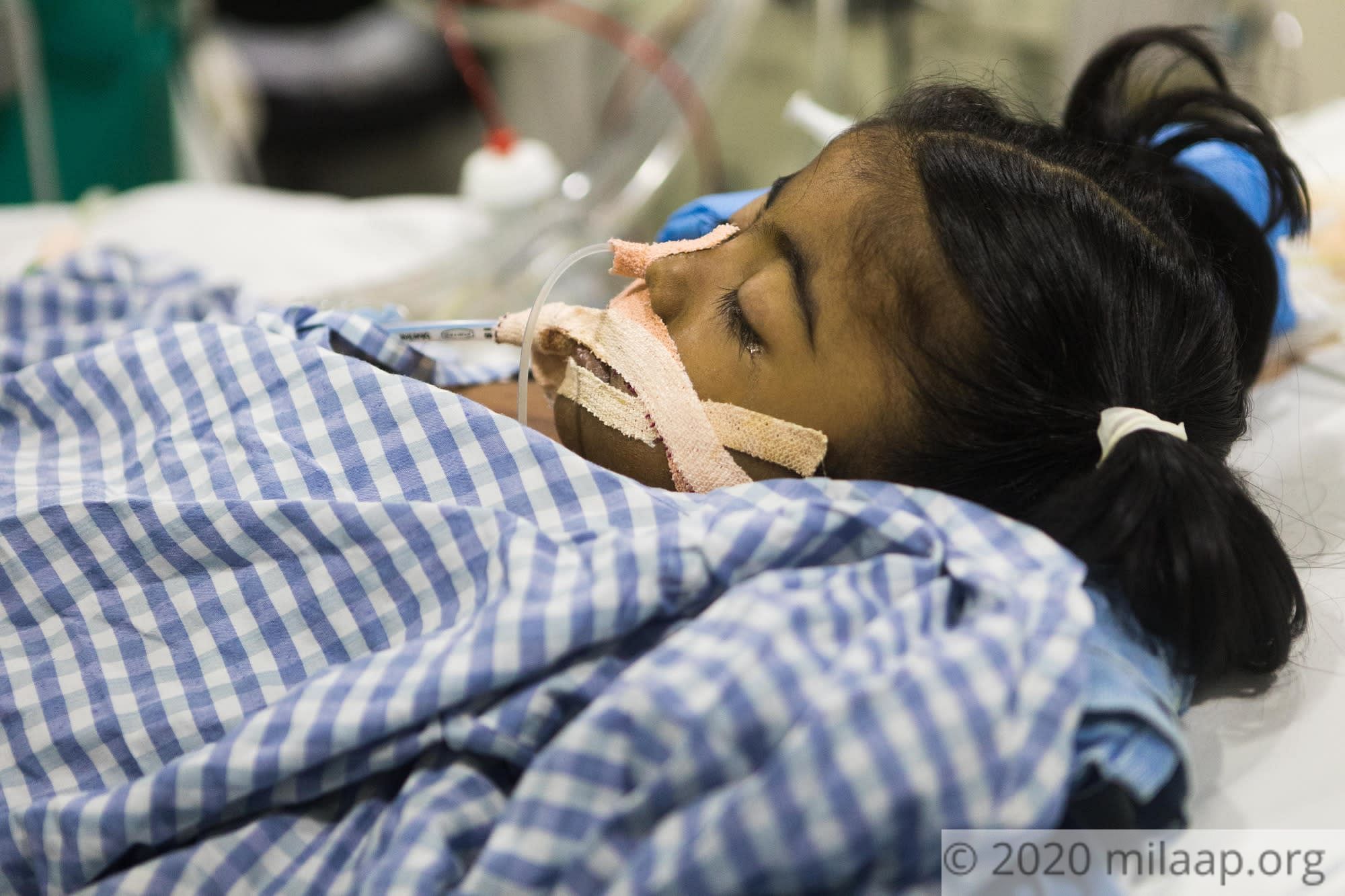 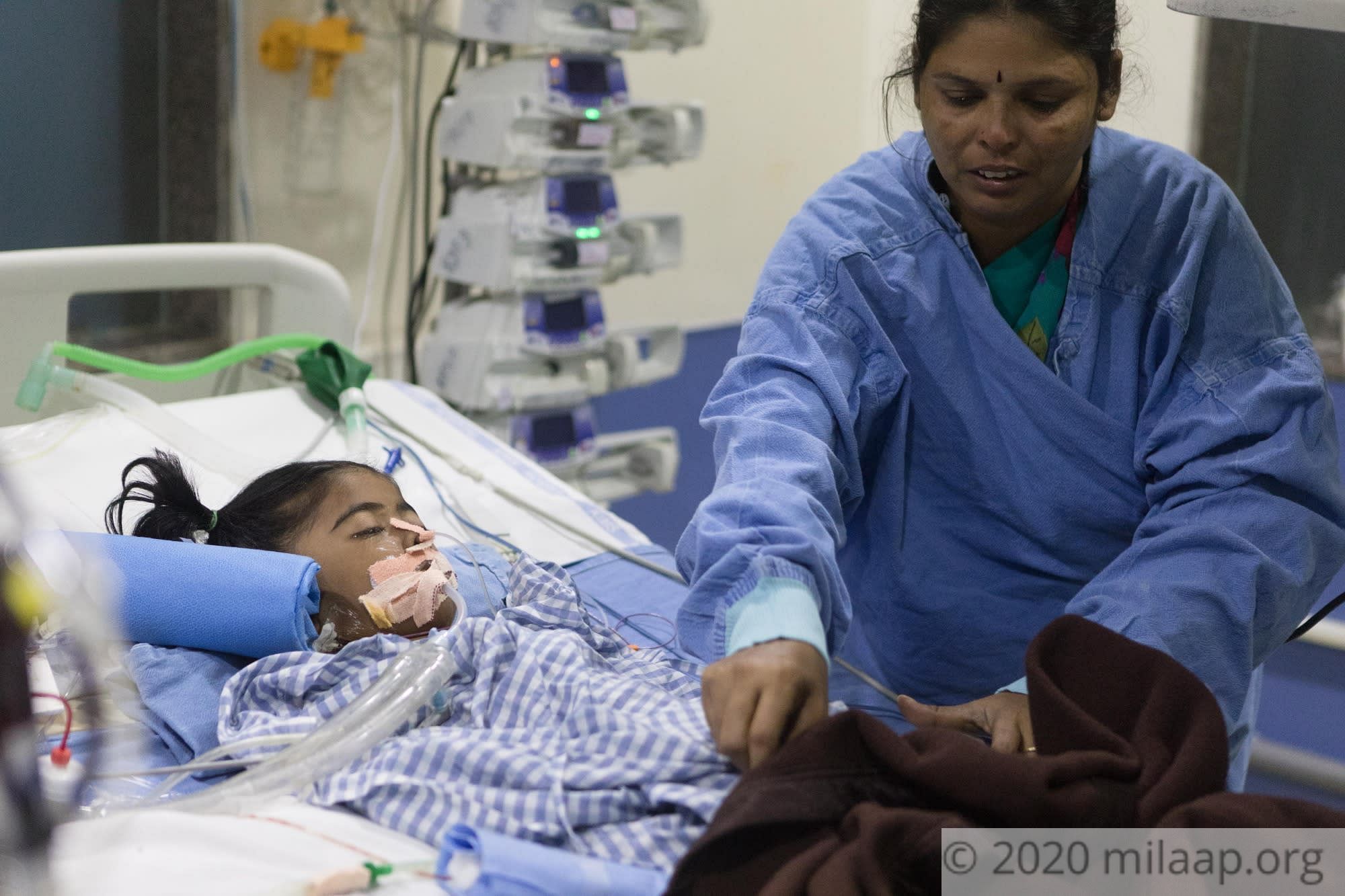 Share on facebook
Indra’s daughter 3-year-old Bhavana is very sick with dengue. Her condition got so critical - unconscious and body swollen with fluid - that hospitals initially turned her away because they felt nothing could be done. Only because Indra works as an ayah in a hospital, was she finally able to secure some minimal treatment for her daughter. But Bhavana will succumb to multiple-organ failure if she does not get the full treatment she needs.

As the single mother of 3 children, Indra doesn’t have any savings to buy her daughter medicines

After three children, Indra’s husband abandoned her and remarried. She sends her children – two sons and a daughter, to a government hostel where they stay and study till she collects them after work. Her youngest, Bhavana, started school this year. On her wages, she barely manages to feed and educate her children. She has no savings.

“We may not have enough money to buy pappulu (lentils), but the four of us are happy. I don’t have parents or other family, but my children are my strength. Even the little one, at her age, talks about taking care of me when she grows up. She is such a talkative girl, none of us can believe her being so sick is real. Because sir (Indra's employer) helped us, she is alive today. But how much longer will this last? To get fully cured, she needs treatment that I just can't afford.” – Indra

Little Bhavana is the light of her mother’s world. Despite having no one to help her, Indra is trying her best to save Bhavana's life from dreaded dengue but she needs some help. With proper medical care, Bhavana can fully recover from the ordeal and go back to school. Her two older brothers are waiting for her to come back home.


Help this brave family overcome this terrible time by contributing to Bhavana’s treatment. 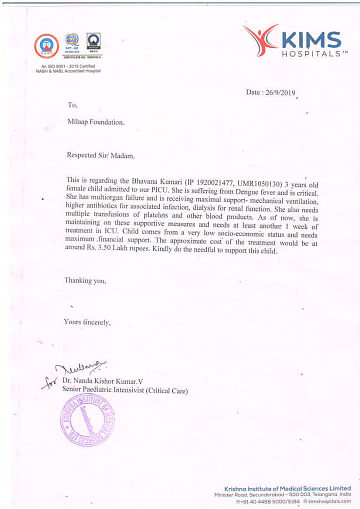 We pray for Bhavana's complete recovery

424 others have contributed
Click here to know more about Bhavana

Donated to this campaign via Paytm? Click here if you can’t find your donation listed below.
NV
Nanalal donated $150

We pray for Bhavana's complete recovery