This 2-Year-Old Will Lose His Battle To Death Without A Liver Transplant | Milaap
loans added to your basket
Total : 0
Pay Now 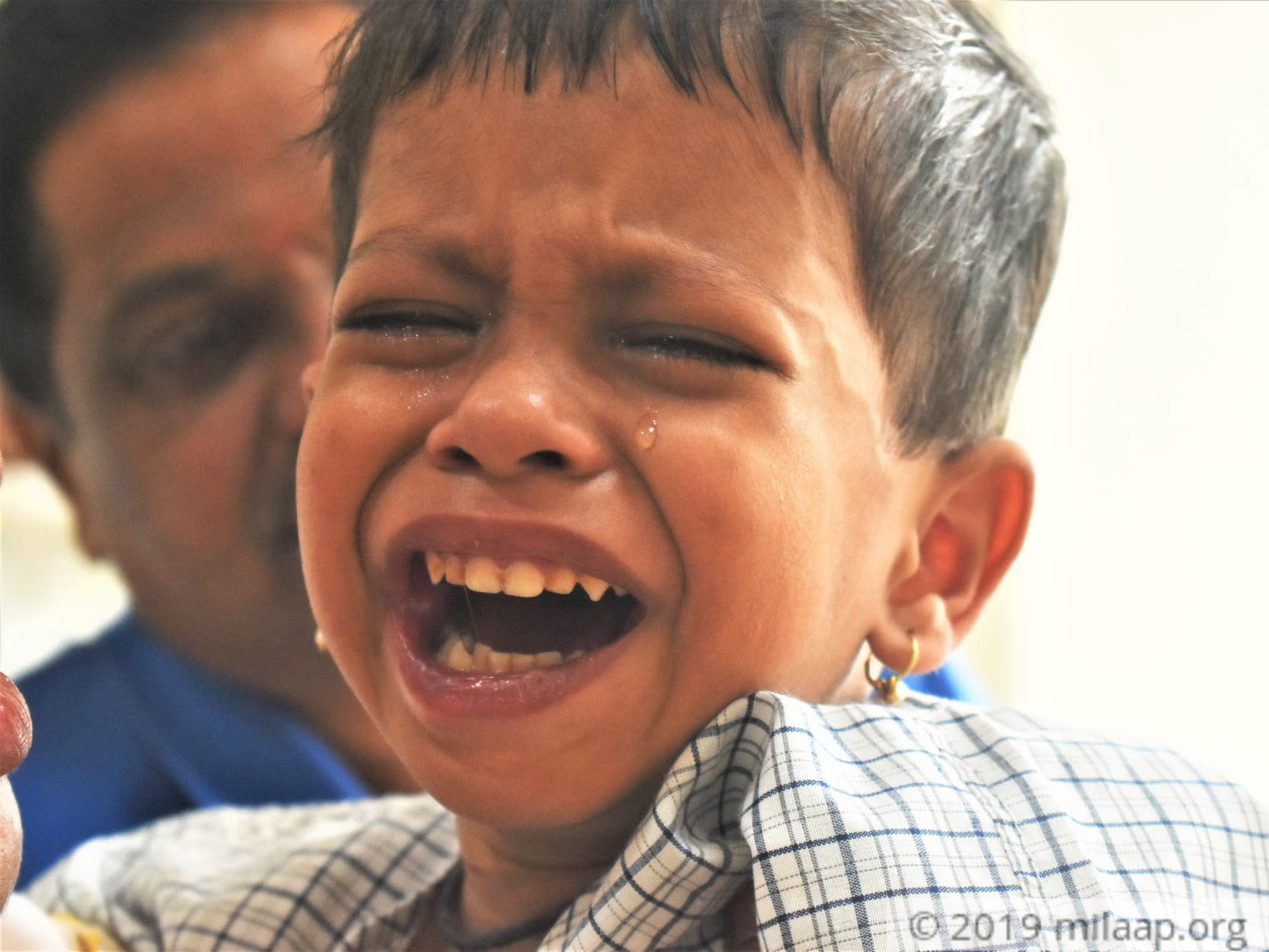 “He’s been through so much pain that whenever he sees someone in white, he screams! He thinks they are going to prick him with needles on his hands and thighs just like the doctors did!” – Smitha, mother.

His nightmares began when his stomach started bloating

One day, little Swarit screamed in pain when he was urinating.  It was a heart-wrenching scream and the parents were scared. Days passed by, and his stomach began bloating. They did not know it was just the beginning of their dreadful nightmares and today, at just 2, he's battling death.


Fluid had accumulated in his stomach due to blocked veins in his liver. He was in inexplicable pain. Swarit was too young to undergo any surgery for his blocked veins so he was put on medication for the time being. Months passed by and he was doing good. His parents were happy, they thought he had been cured and that he’d remain that way forever. But he did not!

One night, Swarit collapsed and nothing could bring him back to consciousness

On the night of 31st August, Swarit’s parents were terrified when he started bleeding unceasingly while passing motion. All of a sudden, the 2-year-old collapsed on the floor.

“He was rushed to the ICU and we were convinced we’d never see him again. We had not even said our goodbyes! But after 48 dreadful hours of waiting, the doctors told us he was recovering! It was like he was reborn but, his health failed him again...” – Smitha

He is diagnosed with chronic liver disease and only a liver transplant can save him.  But unfortunately, the surgery will cost the parents 20 lakhs and they can't afford it.

"Every month, they out a tube down his throat to see if he's bleeding on the inside. He cries when he urinates. He bleeds when he passes stool. He can't eat, can't sleep. He's in pain all the time and we just want to put an end to it!"

Having quit their jobs, the parents are struggling to gather the required funds

Ever since little Swarit’s diagnosis, Shashikant has spent over 10 lakhs on his treatment. Now unemployed and neck-deep in debts, the parents are torn between staying by their son’s side and gathering the money required to save his life.

“I always thought I had everything planned. That I had enough money for any emergency in my savings. But never did I think it would all be exhausted in just three weeks. I never saw this coming and now I have no way out of this situation. All we want is to save our son! Please help us!” – Shashikant.

All little Swarit has seen till now is endless pain. With a little help from you, he can be saved from all the pain and live like the other kids his age.

Have a speedy recovery!